The Weekend Had Me in Stitches

You know how people use that phrase when something strikes them as really funny? I think it has to do with one getting stitches in their side from laughing so hard.

Yeah, I wish the title of this post reflected such merriment in my life. Alas, my stitches are more of the catgut variety and I received them courtesy of an extremely harried and disorganized physicians assistant at the urgent care, so...no laughter here.

What happened, you may ask? Also not a funny story; I cut myself on a rougue shard of glass that had been lurking under the microwave since God knows when. I happened upon it while attempting a deep clean of my kitchen, which included actually moving the microwave to clean underneath it. I assume the glass was a leftover piece from a broken drinking glass that broke many a moon ago and that it had merely been biding its' time beneath the microwave, awaiting the day that it would maim some unsuspecting dope with a dishrag.

Anyhoodle, I was that dope, and, since Hugh is currently in Las Vegas and the Man-Cub was floating the lake on our paddle boards; I was on my own in dealing with the cut.

I tried SuperGlue and a series of butterfly bandages but the cut was having no part in that nonsense, so, I eventually made my way to the local urgent care where, as I said earlier, I was placed under the care of a PA who, while incredibly cheerful, was about as well organized as a dyslexic librarian (no offense to the dyslexic, or to librarians in general). She must have left the room ten times for items she needed and could not locate, was out of, required a different size, etc., it made what should have been a relatively quick trip to the clinic into a much longer and more involved process. She also somehow managed to numb every part of my hand, save for the area in which she would be stitching, so, I felt about 75% of the pain, which, I didn't even complain about because I was so focused on simply getting the hell out of there.

In the end, I left with four stitches and a hand that was wrapped mummy-style to ward off evil spirits as well as a firm commitment to myself never to clean again. Nothing good can come from cleaning, trust me on this.

What's that? Pictures or it didn't happen? Well, here ya go, you wierdos. 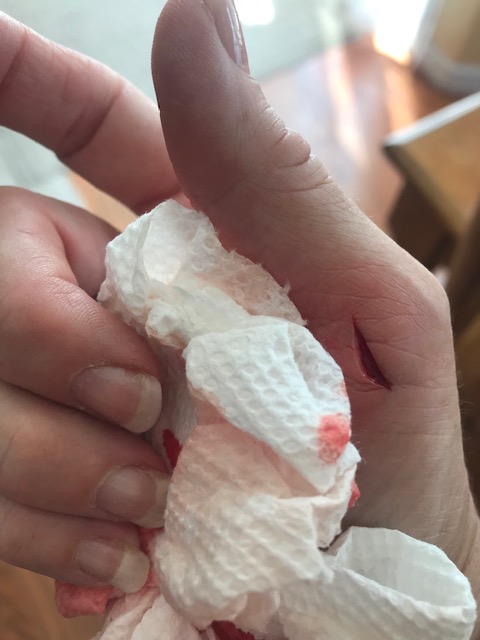 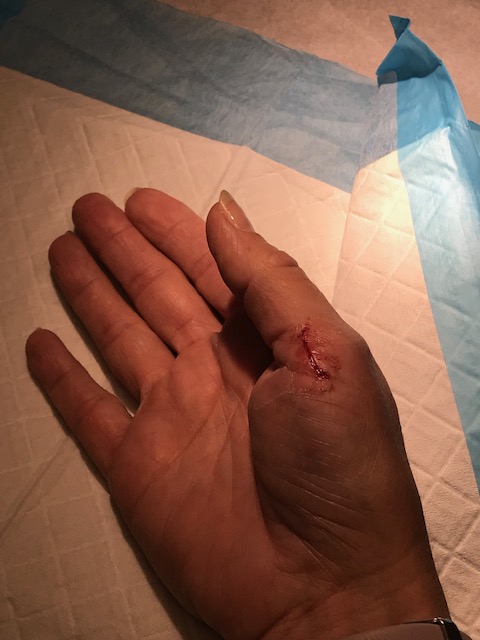 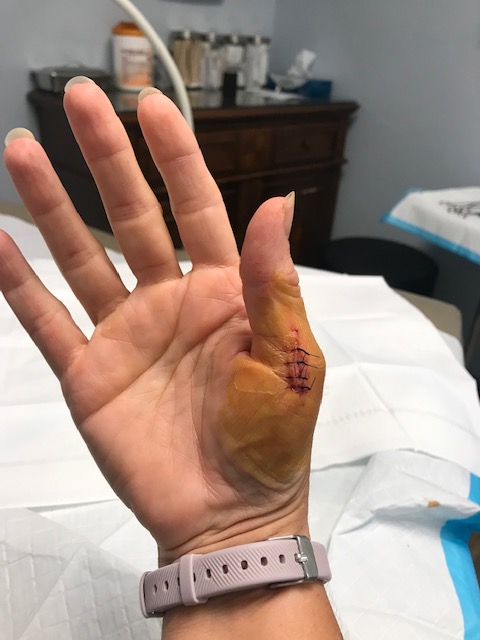