It Was a Positively Lovely Weekend

Well, it's taken a hot minute for me to get around to writing this recap of our weekend with Queen B; my only excuse is that work has blown up (not a good thing in my industry) and I have been completely wrung out by the end of the day. I'm hoping that things will begin to slow down but am grateful for this small window of time today in which I can exercise my more creative side as the problem-solving side of my brain has been seriously over-used.

Balance, people. It's all about balance.

So! When last we spoke, Hugh and I were headed to the Front Range of Colorado to meet up with Queen B, who flew in from Dallas to spend a long weekend with her college bestie and her little family.

The drive on Friday was every bit as traumatizing as it always is; the amount of traffic in the narrow canyons and on the mountain passes always makes for a harrowing trip. I don't know why it is so hard to understand that the passing lane is intended to keep the flow of traffic moving at a brisk pace, but, there are always those idiots who seem to think that it is meant for lollygagging, which backs up all the lanes, not just the passing lane.

We arrived in Greeley just in time to join Queen B and The Adorables (that's what I'm going to call the family on this blog, because they are seriously adorable and we love them so very much) for dinner. We were joined by the parents of Mrs. Adorable, whom we have also become connected to, due to their love of Queen B (the height of happiness for a parent is meeting other people who genuinely love their children, and, this couple truly, truly, love Queen B).

After dinner, Hugh and I headed to our hotel, which was located in the historic Downtown area. The next morning, Queen B met us at a popular diner for breakfast and I was thrilled to sample their signature .99 mimosa. Usually, .99 for a mimosa would translate into watered down orange juice with a splash of champagne, but, that was definitely not the case in this situation; the mimosa was possibly the tastiest that I have ever enjoyed. It was definitely one of the strongest.

Queen B was not interested in mimosas, but she made a quick job of finishing off a Bloody Mary. Both Hugh and Queen B had breakfast burritos that were HUGE; neither could finish more than half of their plate. I did not have that challenge because I ordered the Eggs Benedict and I make it a point to never leave a Benedict behind. 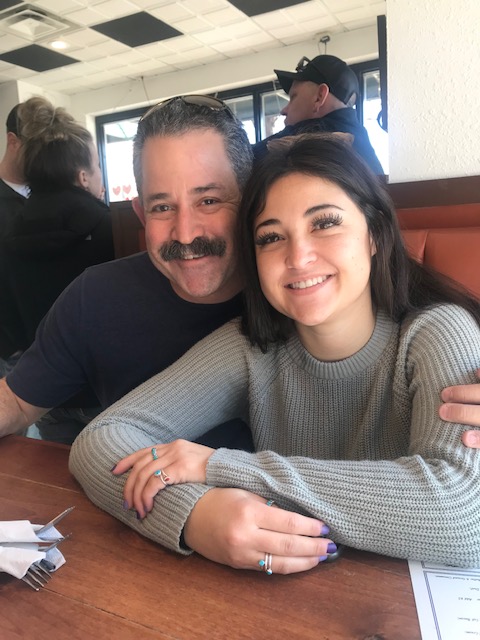 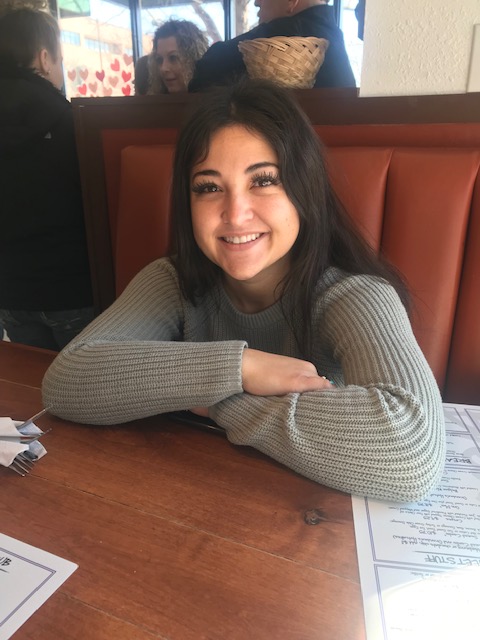 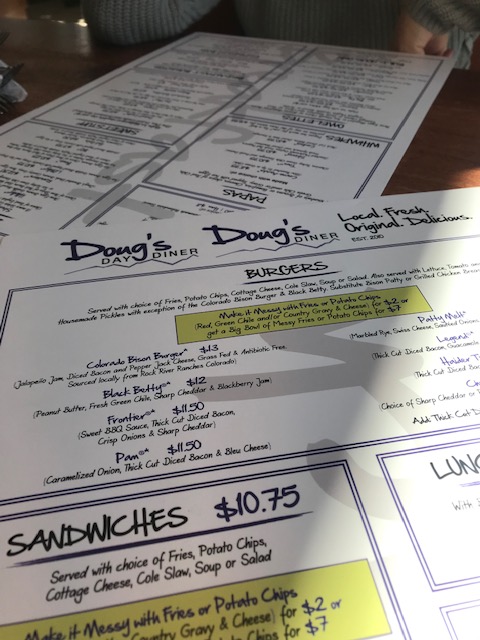 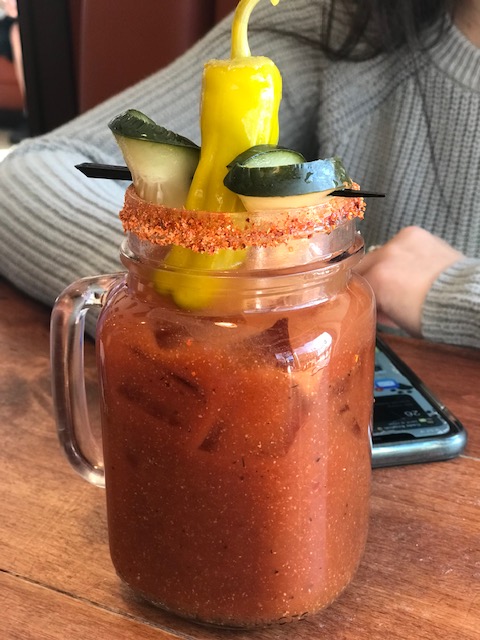 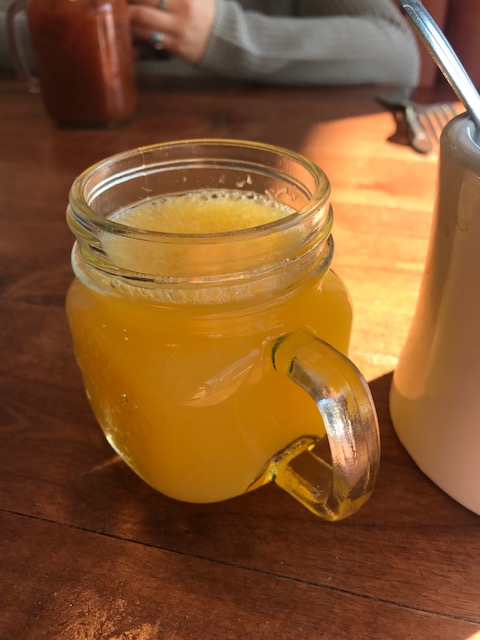 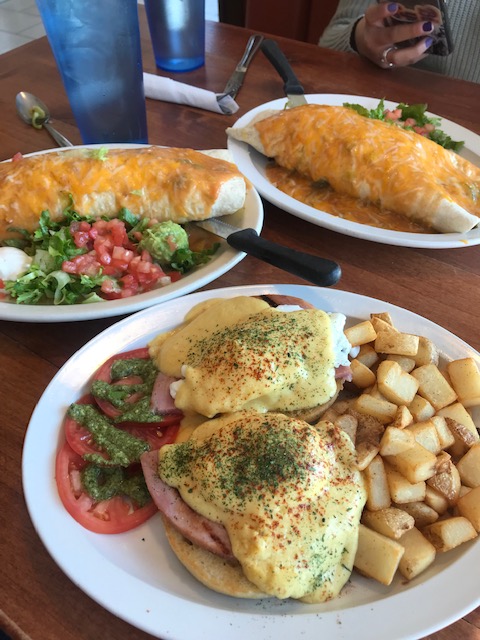 After breakfast, Queen B returned to The Adorables to help with the birthday party preparations while Hugh and I hit the treadmills at the gym in our hotel. Then we ventured to the birthday party, where we spent the majority of the day celebrating the cutest little one-year old on the Front Range. 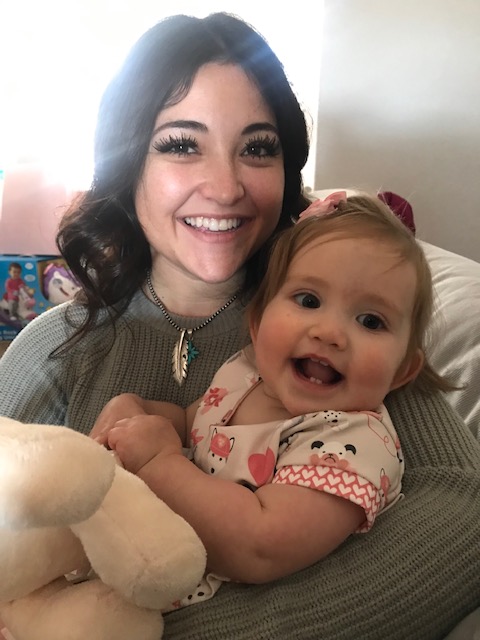 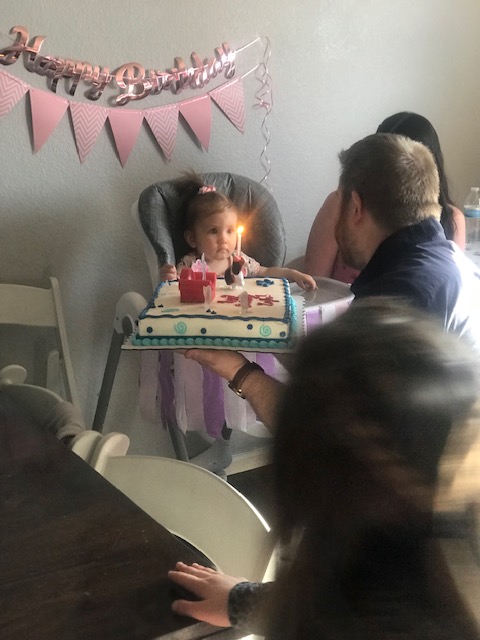 After the party, we took Queen B out to dinner and to the movies to see the new Channing Tatum film. It was the second time in a theater for Hugh and I in as many months, which is worth noting. 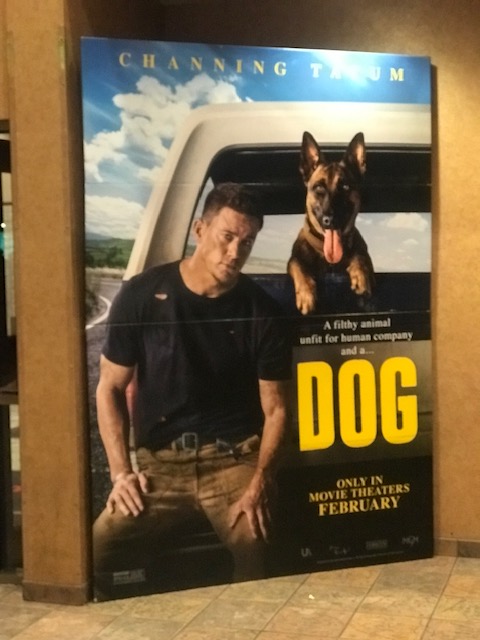 The following morning, we said our farewells to Queen B, grabbed a quick breakfast in the hotel restaurant (more Eggs Benedict), and then headed back into the fray on the interstate. We got home in time to enjoy some downtime with Shayla and the Man-Cub, who has been dog-sitting for us.

We don't get out much, but this weekend reminded me of why I like to do it at least occasionally. Damn, I sound old.

Gotta work on that.