There's been a right solid streak of crappy in these here parts, so I think I should right the course by reminding myself of the good things in our lives, because, I truly do believe that there is a symmetry to the world; that right balances wrong, good triumphs over bad, and, that for every negative, there exists a positive.

Emily ended up in the hospital (bad), where she was treated with fluids and antibiotics, to which she responded well and immediately (good). While the hospital staff was running tests, they discovered that she was, in fact, having a minor heart attack (bad, very, very bad). That discovery led to further tests (I mean, obviously), which led to the discovery of a heart issue that will require a pacemaker. Had she not ended up in the hospital with the dreaded C-word, the heart issue would have most likely gone undetected and untreated, leading to a major heart attack at some point in the very near future (so, hospitalization = good).

Yesterday, I met with my Board Treasurer to discuss the proposed budget for 2022. I was operating on less than 3 hours of sleep, worry, grief, and a good deal of caffeine, which is to say; I was not at my best. It did not help that he was...just barely this side of pleasant, which, is something I have come to expect from him and something that I am more than capable of dealing with on a good day (yesterday? Not a good day). I survived the encounter, and, reminded myself how lucky I am to have a well-paying job with benefits and  stability (good; all very good).

And, on the topic of this job; we are on track for another record-setting year for the number of child abuse victims receiving our services (fucking bad). The stark reality of the number of children who experience abuse is sobering, depressing, and can leave one feeling completely defeated (bad, bad, bad). On Monday, we had a rare down day (no appointments with clients) and we received an unexpected visitor; a young man who stopped by to thank us for existing because, in his words, "If it hadn't been for this place, I wouldn't be alive right now". He received services when he was 14 and his story was BAD. He is now 18 and a freshman in college. He's doing GREAT, and, he wanted us to know that our organization made that difference for him (although, I argued that it was more to do with his strength, his resiliency, and his determination, all of which is true and good). Needless to say; his visit made our week. Maybe our year, truth be told.

Today, the office is closed for Veterans Day (good), Emily may be discharged from the hospital (good),  I have a family photo shoot scheduled (awesome), and I have some down time to work on the table settings that I am planning to use for Thanksgiving dinner, because, even though it will just be me, Hugh, Oscar, and Emily this year (God willing and the creek don't rise); I intend to do it up right.

And, I am going to end this post on that positive note because that, my friends, is how I roll. 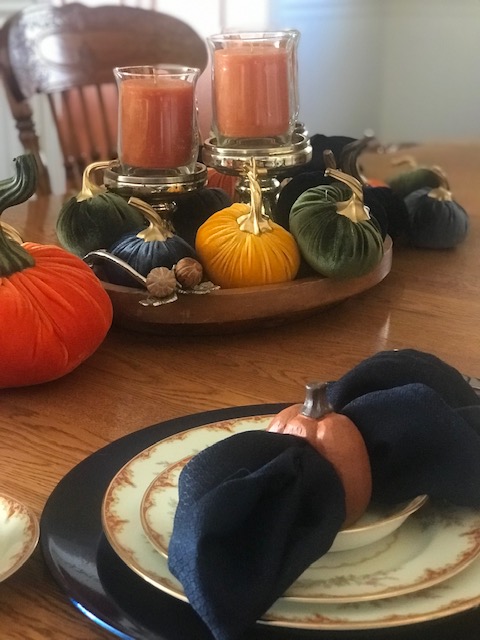 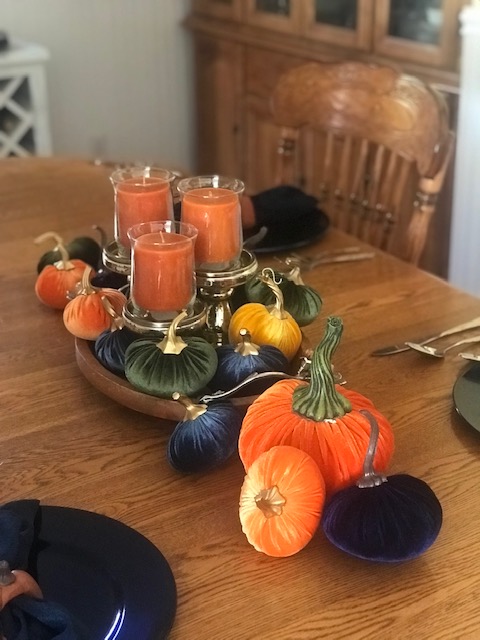 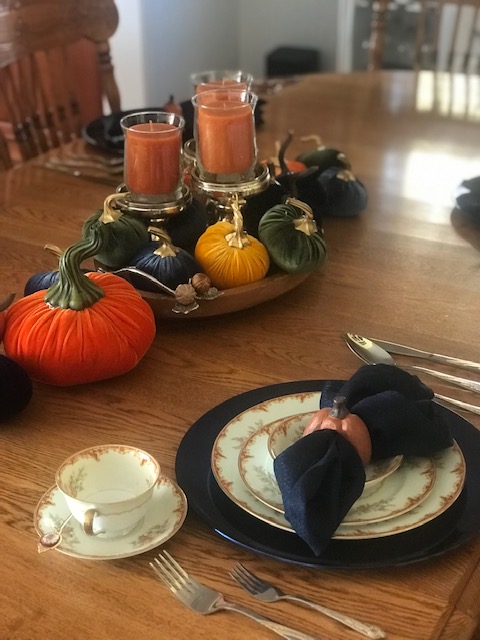