She Understood the Assignment

Longtime readers of this blog will recall that I have expressed a desire to own enough vintage blow molds to create my very own blow mold choir. My dream is to have them staged on risers on the front porch, facing out toward the yard, with Christmas carols piped in over the surround-sound system on the porch. It's a lofty goal, considering the lack of availability of said blow molds in our area and the exorbitant prices for shipping on blow molds purchased via eBay.

I have managed to find a couple of singers on Mercari, as well as the original three that Hugh secured by knocking on the door of an elderly neighbor when we spied her display a couple of years ago (she initially refused our offer to purchase the singers, citing a desire to keep them in her family-totally understandable-before calling us a year later to let us know that none of her children or grandchildren were the least bit interested in the molds and expressing a desire to see them go to a loving home).

I've been vocal about my dream with my family members, as well, and, yesterday my sister Barbie sent me a photo from a vintage market that she was attending just outside of Denver. 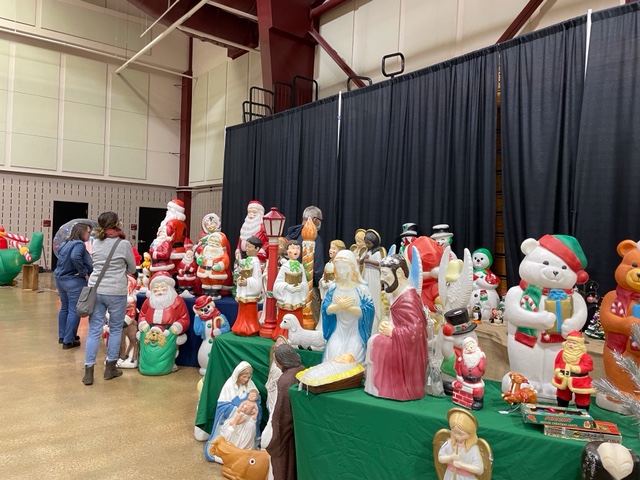 She then negotiated on my behalf, and, y'all; my sister can negotiate. The choir singers were originally $100 each and Barbie scored me two for $100! She also negotiated for the swapping of the heads that I wanted (least damaged) for the matching bodies that I wanted et voila! 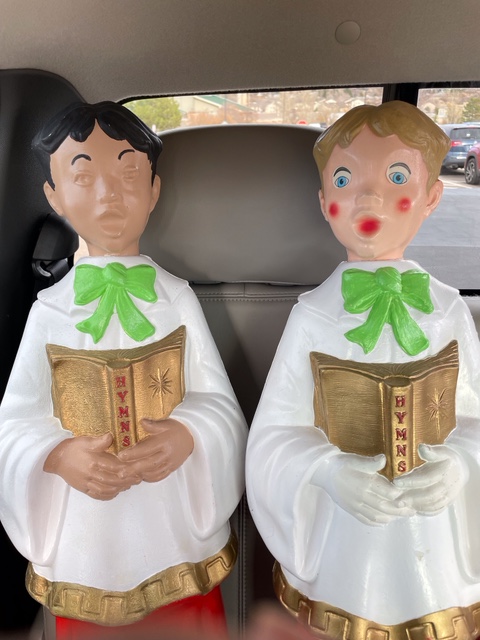 These bad boys went home with Barbie, where they will chill in her garage until I figure out a way to get them back here. It may not happen until Christmas, which means they won't get to sing with my current five, but I am more than content to store them until they make their debut next year (that's what happened to the two that I purchased online last Christmas).

I love them. I love my sister. And I love that I am that much closer to making this dream a reality. 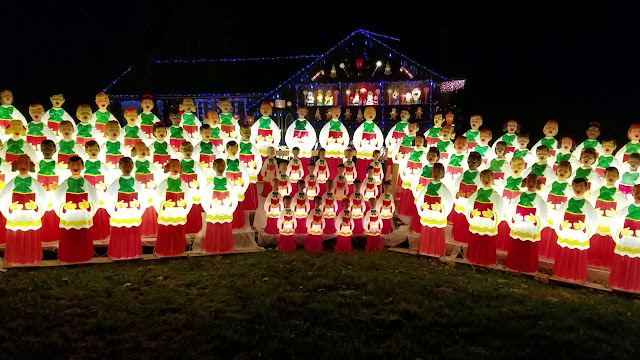