Well, It's Been a Hot Minute

I was fully prepared to write a post about our Halloween weekend, including the visit that The Newlyweds and I made to the local Punkin Chuckin', but, then this happened... 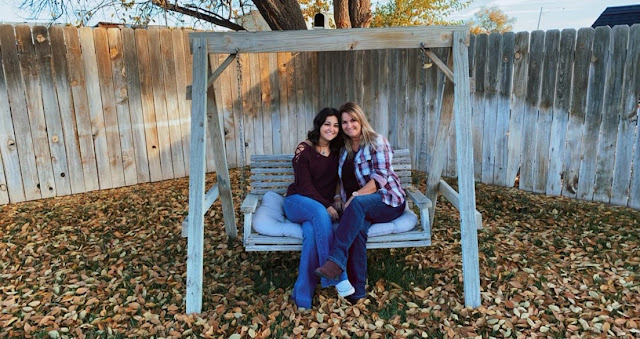 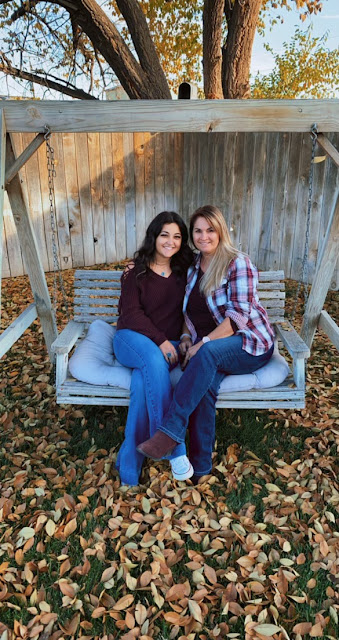 Queen B flew in to surprise me on Halloween! It was a great surprise! I thought I was going to a play at the local community theater with The Newlyweds while Hugh worked on projects at home, when, in reality, he was sneaking off to the airport to pick up our daughter while I enjoyed a pre-theater brunch at a restaurant in Hooterville. You could have knocked me over with a feather when Queen B came up to my side.
She got to stay with us until yesterday, which gave us a few days to hang out. I took some well-deserved time off from Not So New Job and we hit a few local antique stores, did some shopping, enjoyed Halloween night on the porch with a few of her friends from Pixler (who were just as surprised to see her as I was!), and generally just enjoyed one another's company.
It was a balm for my soul and I feel 100% revived by her visit.
I am also completely impressed with my husband's ability to keep a secret. And, The Newlyweds should also be credited with the performance that they put on.
Speaking of The Newlyweds, as I mentioned earlier, we did manage to spend Saturday at the pumpkin patch, watching pumpkins being flung through the air. Kristi had never been to a Punkin Chuckin' before, so she was in awe of the mechanics. Erin grew up in Kansas, so she was less impressed (side note! We actually ran into Erin's ex husband and his new wife, and, when I say the man has a type, the man has  a type. His new wife is Erin 2.0, pre weight-loss surgery, contacts, and, you know, marriage to a woman. It was freaky).
In addition to watching the Flight of the Pumpkins, we also took a quick ride on the hay wagon and sauntered through the corn maze, wrapping up the day with overpriced food from the food vendors. 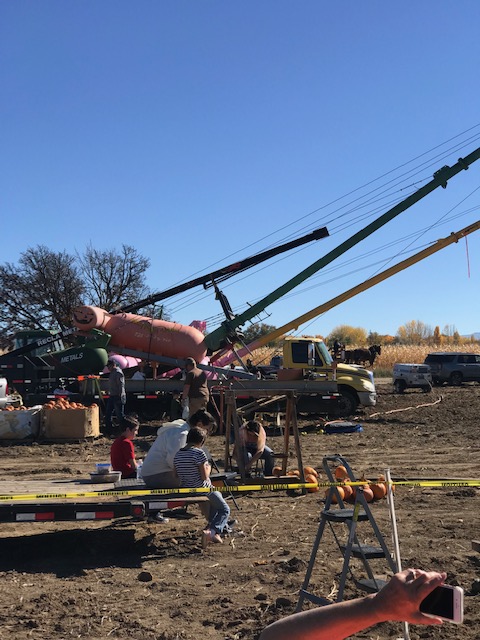 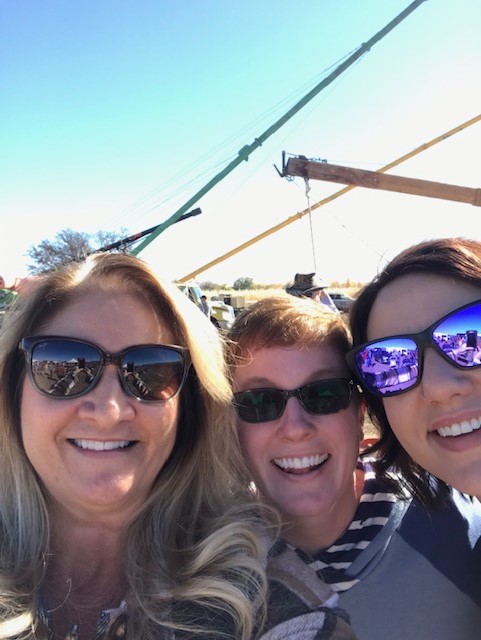 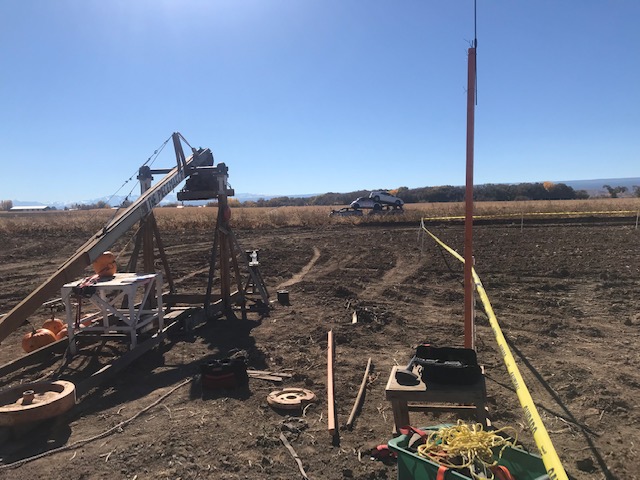 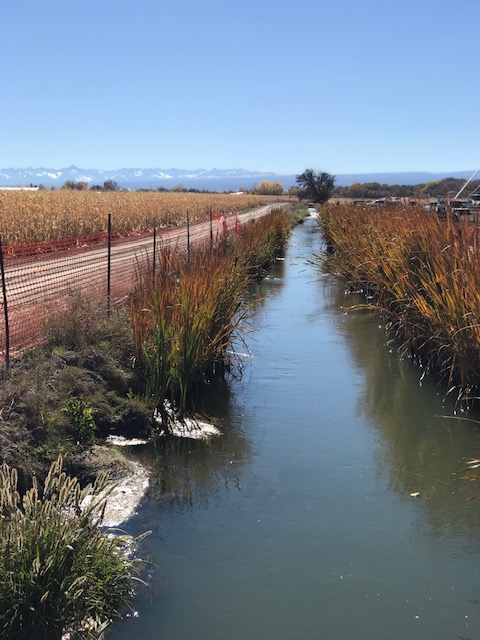 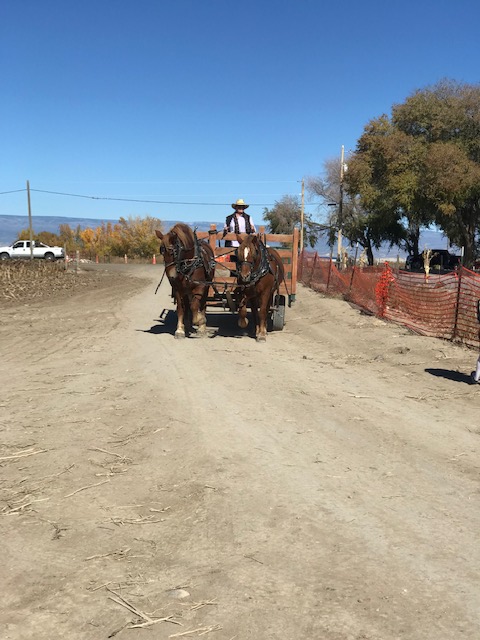 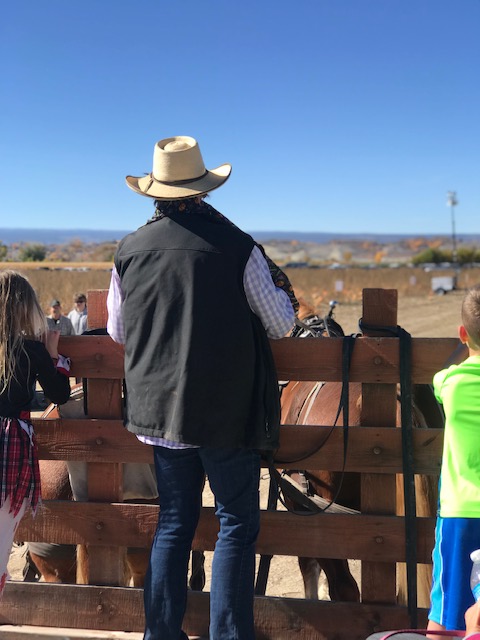 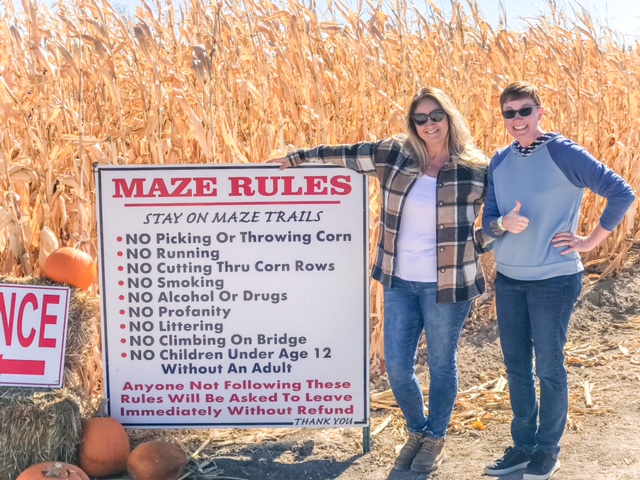 All in all, I would say I had an excellent weekend and a very good week.

Now, to spend this weekend tearing down Halloween and putting up Christmas! Don't judge me! We leave for Hawaii on December 9th and won't be home until the weekend of the 18th, after which we load up the car and head for Mayberry to spend Christmas with Mom. If I don't get Christmas up early, it won't go up at all.