In Which I Convene With the Bees

My favorite way to spend weekend mornings lately is in the garden, where I have developed a lovely simpatico relationship with the bees that flit about the squash blossoms and flowers. It's a very satisfying feeling to know that they aren't troubled by me and that I don't fear them (I am baffled by people who swat at honeybees as though they are aggressive and determined to sting). 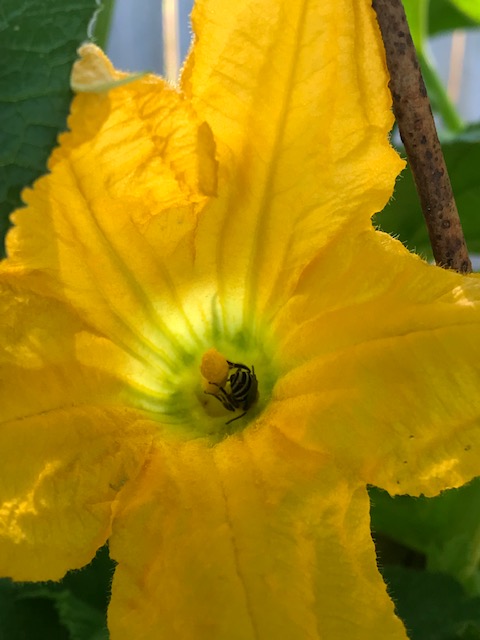 Judging by the numerous vegetables forming in the garden; the bees are doing good work. I am especially thrilled with the way my butternut squash plants are training over the trellis; it's so pretty! 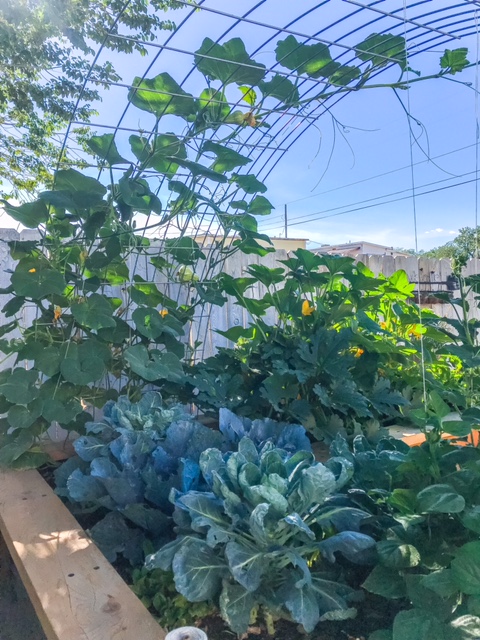 And, since butternut is my very favorite squash, I am excited to see the baby squashes forming. I see butternut squash soup in my future. 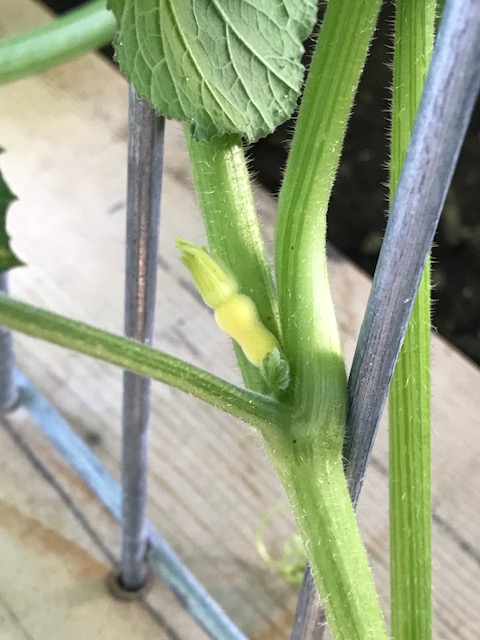 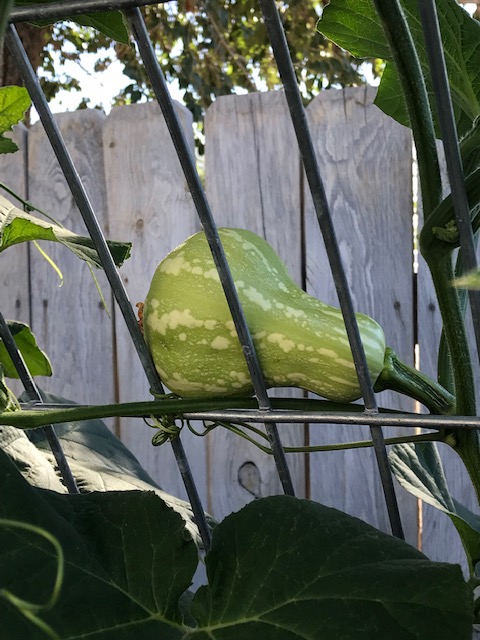 I also have a lot of peppers growing; mini bell peppers, banana peppers (this was the request of the Man-Cub), and jalapenos. 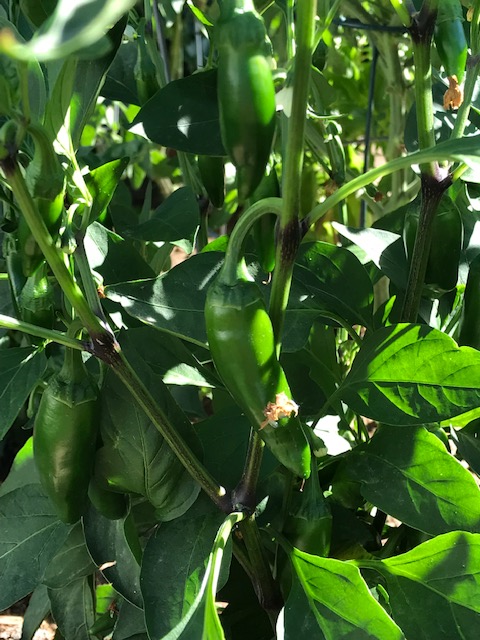 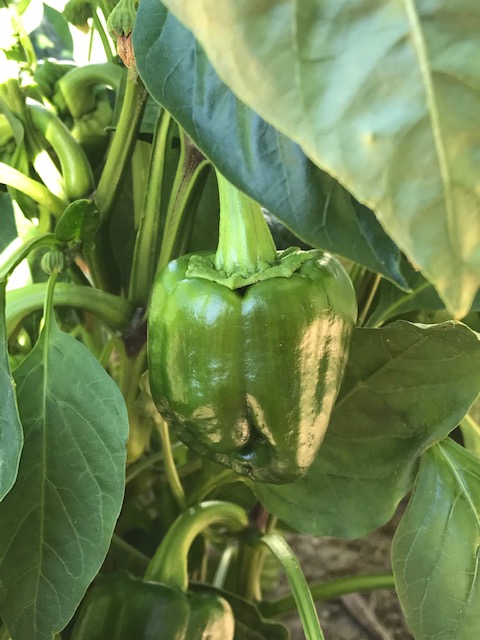 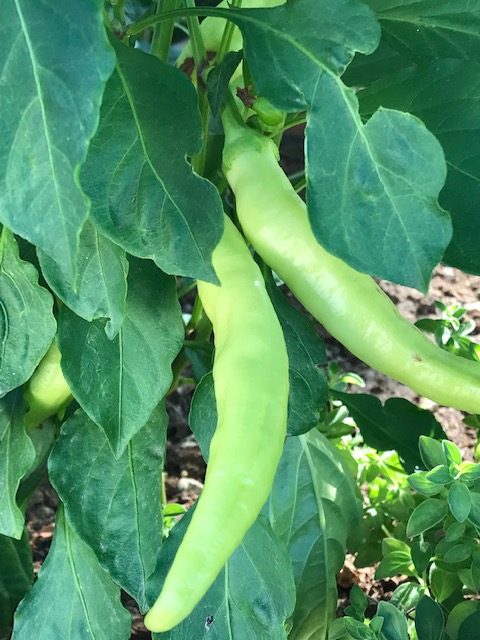 My cucumbers and green beans are winding their way up the strings, but, as of yet, I haven't seen a bean or cuke. Hopefully that will change, soon. In the meantime, I am getting a kick out of watching them grow; string training has been so interesting. 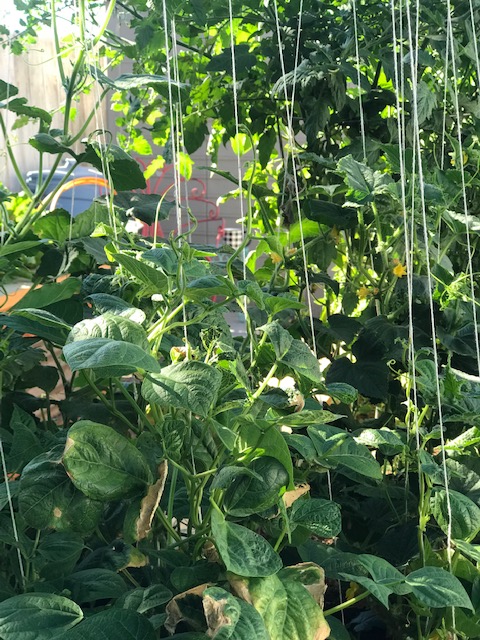 The summer squashes are coming along, nicely. So far, I see a few yellow squash and several heirloom scallop and Patty Pans forming. I've never grown either breed before, so I am looking forward to cooking them. 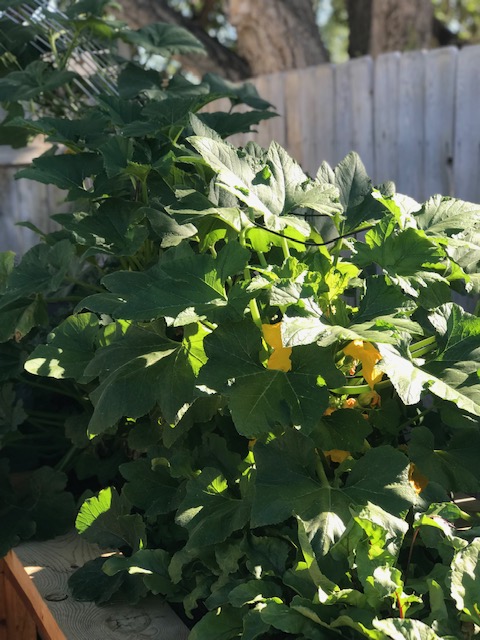 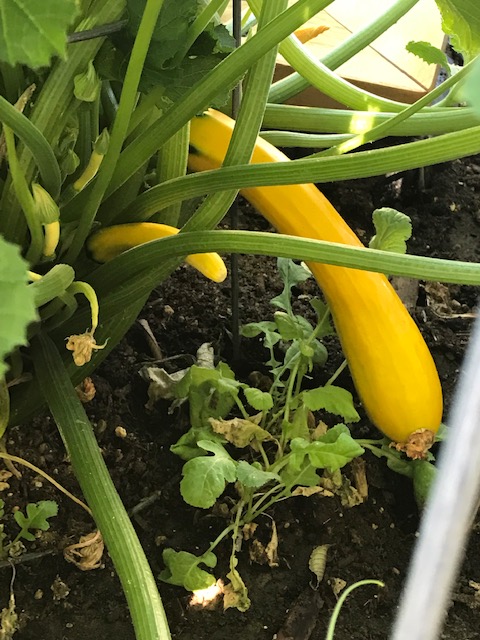 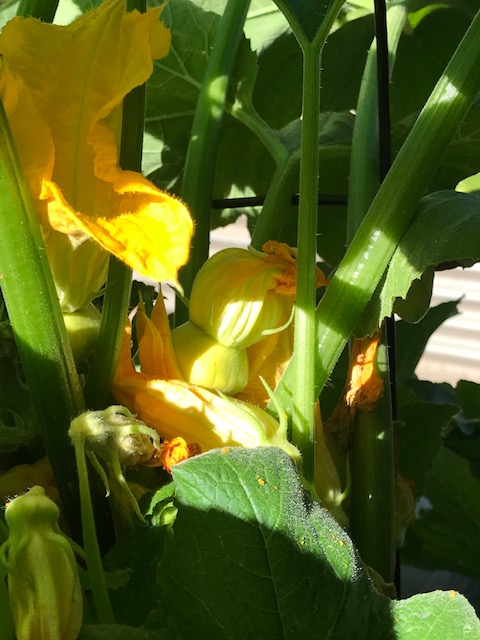 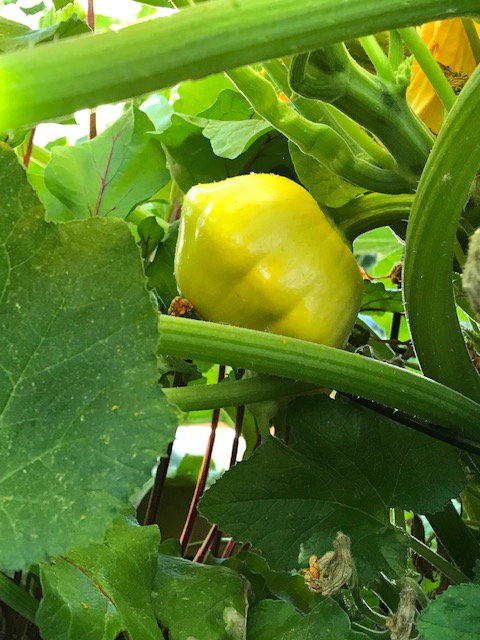 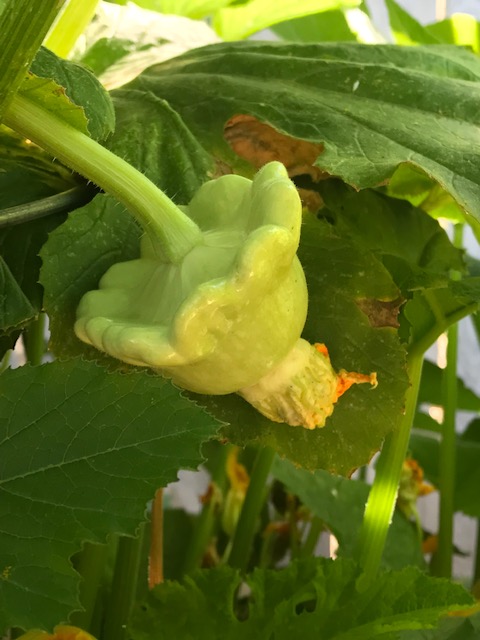 The flowers in the garden aren't quite ready to cut yet, but, they add a lot of really pretty color to the garden, including the sunflowers, although, they were supposed to be pink. That's right, pink. I ordered the seeds from a specialty catalog and, the package clearly stated that they were pink. Did they turn out pink? No, no they did not. 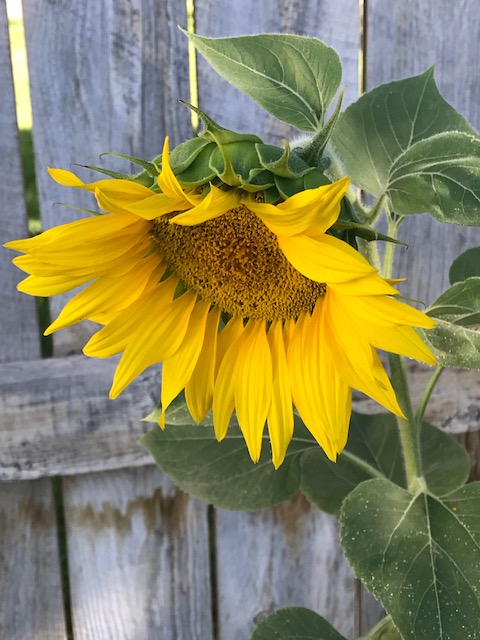 It's ok; there is plenty of pink amongst the zinnias. 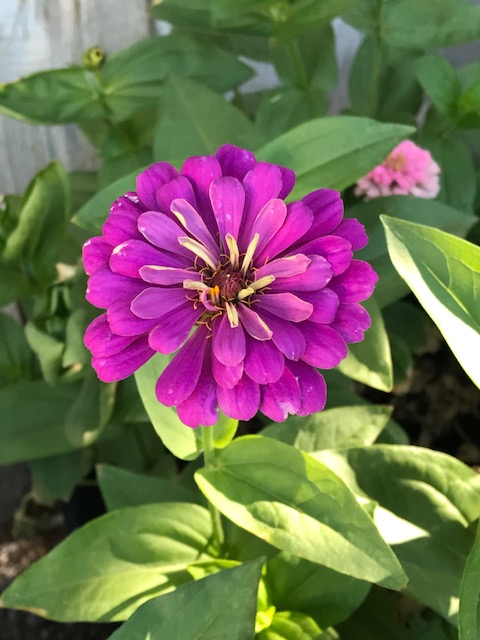 All in all, gardening in raised beds has been very exciting, while being utterly relaxing; I don't have to water as often, there is nary a weed to be picked, and the vertical nature of string training is a trip. I'm enjoying it, immensely and; I couldn't do it without the bees.