Still Waiting For the Bumper Sticker

Last night, we attended the annual end of season football banquet. Calling it a banquet is kind of a misnomer; there are cookies, lots and lots of cookies, and there is soda. So, not so much a banquet as a stomach ache buffet, and, as always, I digress.

Anyway, the banquet honors the football team, focusing primarily on the Seniors and on the boys who earn places on the All-Conference and Academic All State teams. as a Junior, The Cub received a certificate of participation as well as the bar that goes on his Football letter, indicating that he has lettered for a second year. He was also surprised with an Academic All State Team Honorable mention, which, blew his little mind.

I don't know why, he's made honor roll throughout his high school career, and, Juniors are eligible for nominations; he should have seen the possibility.

On the other hand, this is the child who, when asked to put popcorn seasoning on the grocery list, does this: 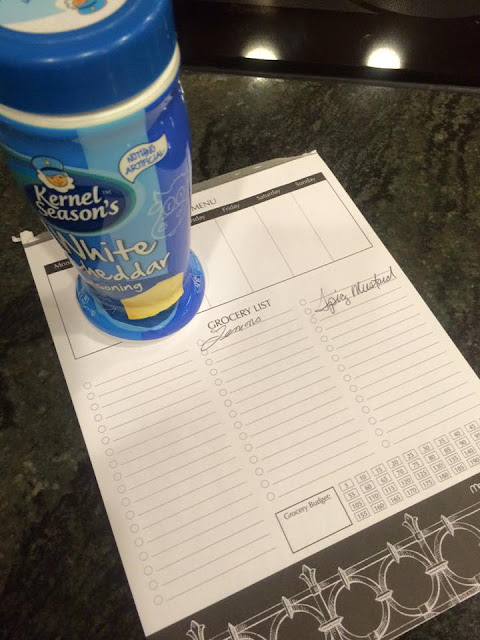 Like, he literally put the empty seasoning container on the list. That's either an indication of a serious lack of common sense or a smartass in the making. 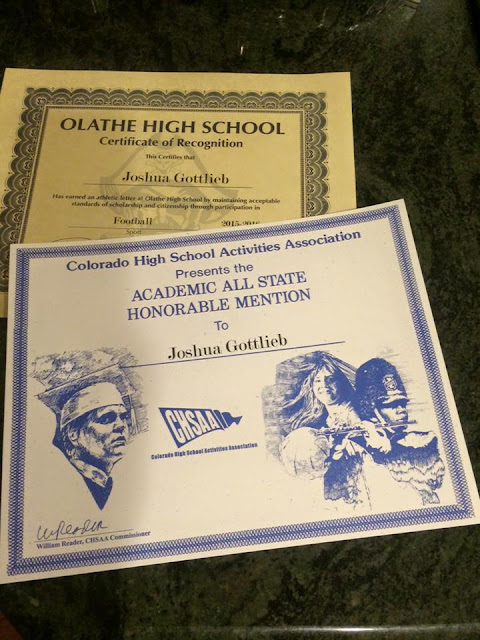 I'm going with smartass in the making because, otherwise, I would fear for the child's future.
Posted by Chelle at 6:29 AM