But, Where Have All the Trick-or Treaters Gone?

I didn't really expect to see a lot of little ghosts and gobblins out last night, what with the whole global pandemic and all, but, I was still pretty disappointed in the paltry turnout, regardless.

All was not lost, however! We still threw a fun little get-together for a few friends, which, gave us the opportunity to celebrate, although on a slightly smaller scale than we are used to.

Despite the small guest list, we went all out on the costumes and food. Queen B and I scoured Pinterest for fun ideas, and this skeleton charcuterie board was inspired by our searching.. 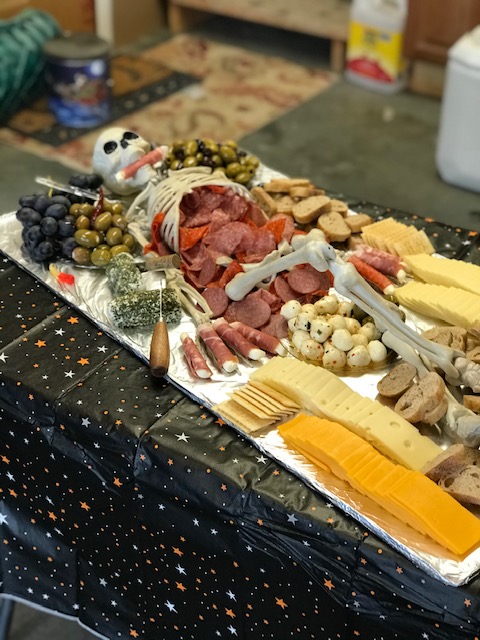 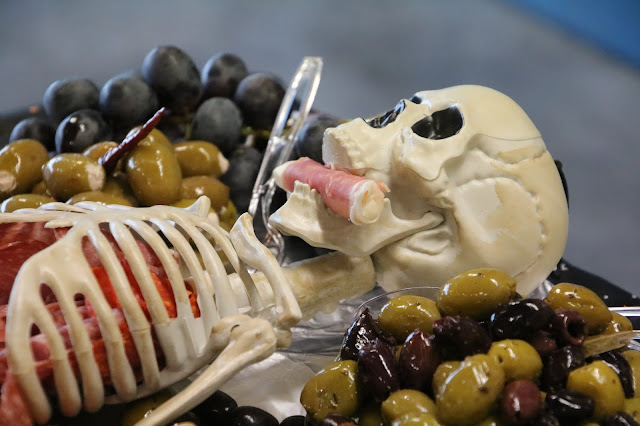 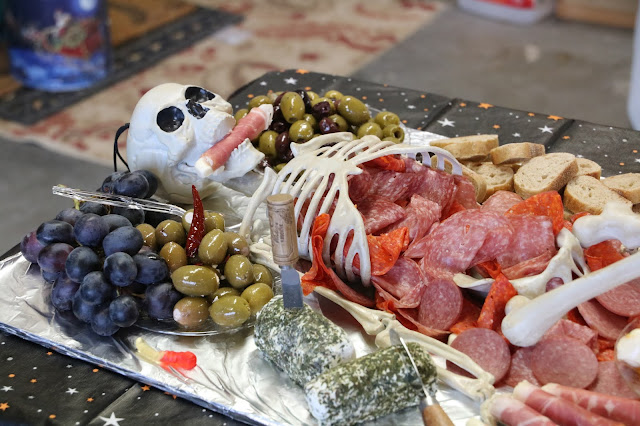 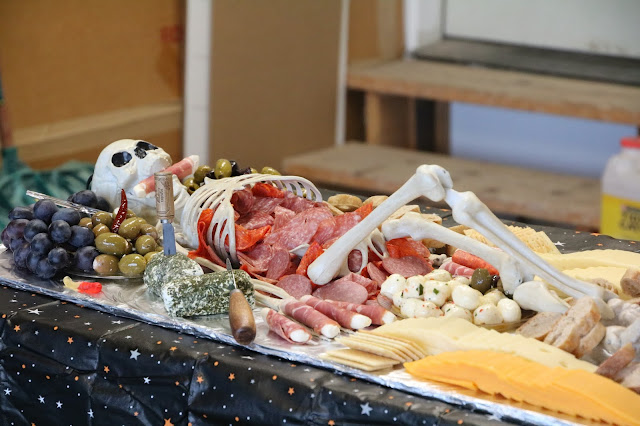 ...as was this spiked punch, chilled with ice "hands". 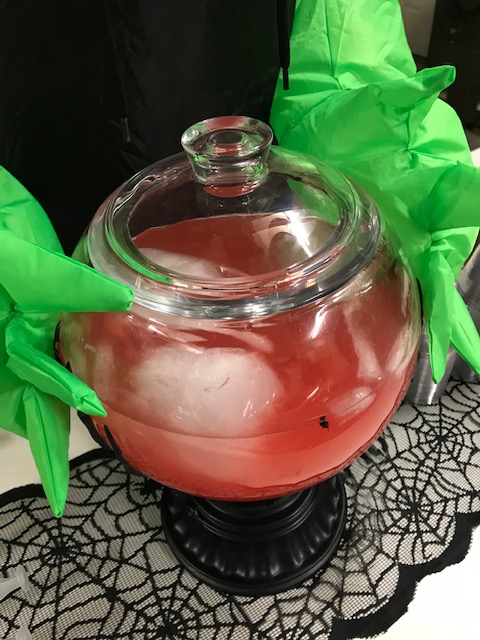 The jello "shots" were totally our idea, though (inspired, no doubt, by parties Queen B attended in college, but, still). 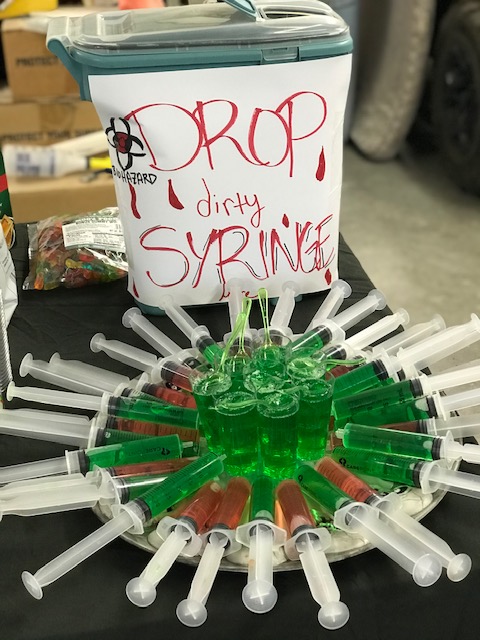 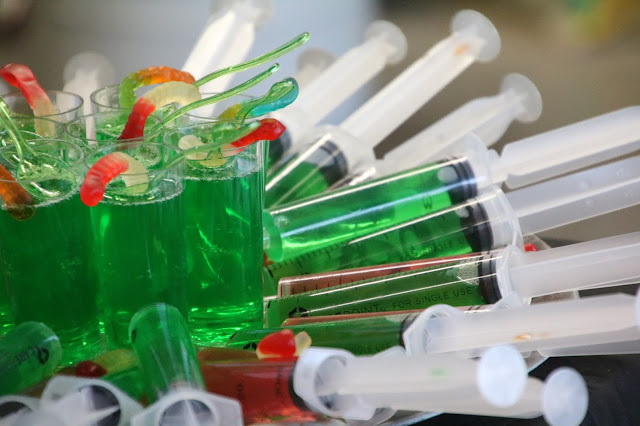 As I said, the costumes for the evening were on point! Everyone went above and beyond!

Hugh and I went as a flapper and a gangster. I even broke out Hugh's late grandmother's mink coat to finish off my look (and, to stay warm; it was a little chilly in the garage, where we had everything set up). 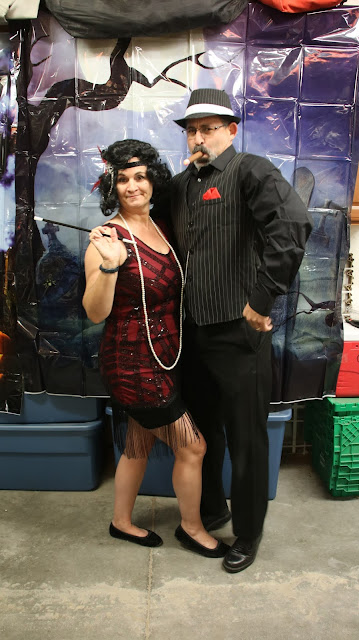 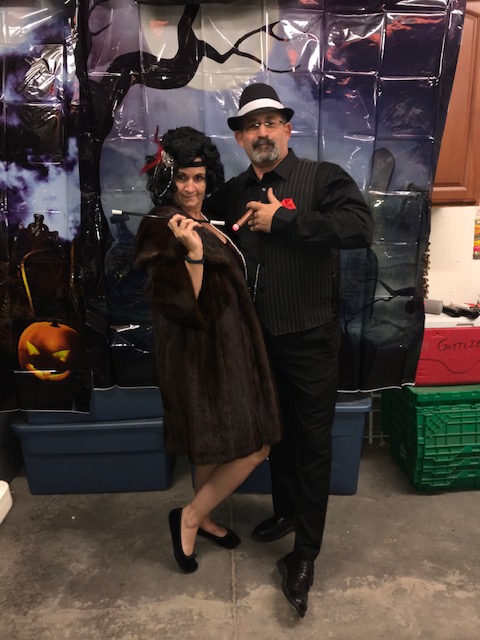 The Lesbians came as members of the clergy, which, while some might view as disrespectful, was actually in honor of the Pope, who recently acknowledged same sex marriage. 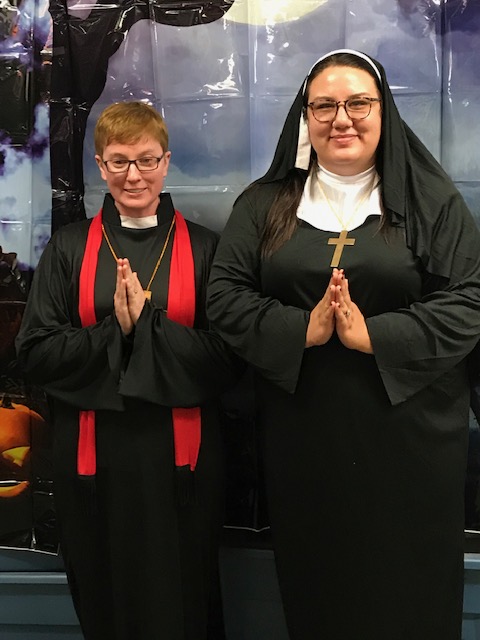 Queen B and an old college friend came as Batman and Poison Ivy. Queen B made her entire costume herself and it was killer! 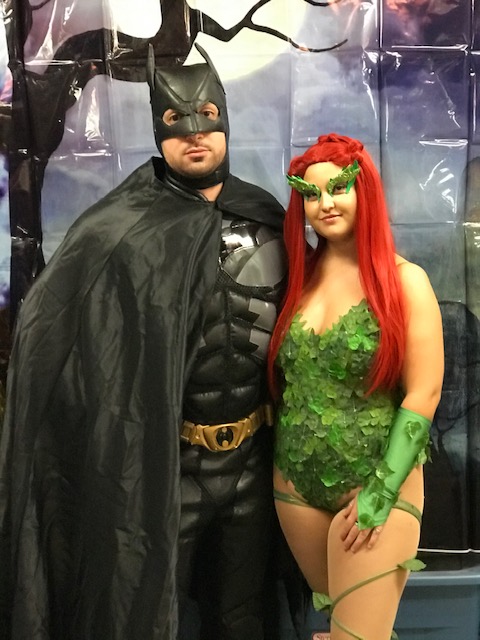 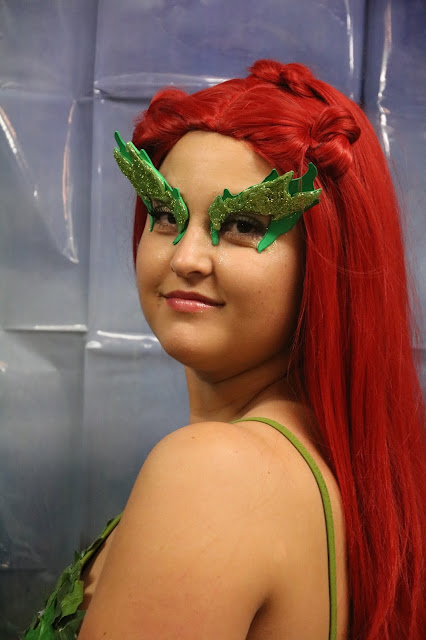 The Rodeo Princess trashed a thrift store wedding dress, both in honor of the holiday and as a nod to the recent demise of her young marriage (ex nephew-in-law behaved badly; the Rodeo Princess is actually much better off, sad though the end of any marriage may be. She brought along her best guy, who is actually loyal. "Nuff said). 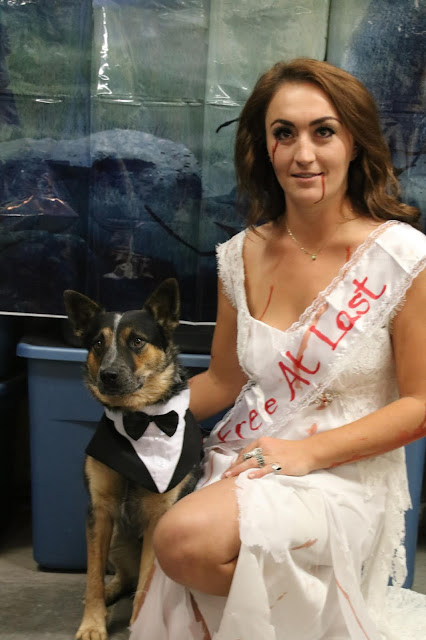 Mama Jill and Hubby were amazing in their steampunk attire! 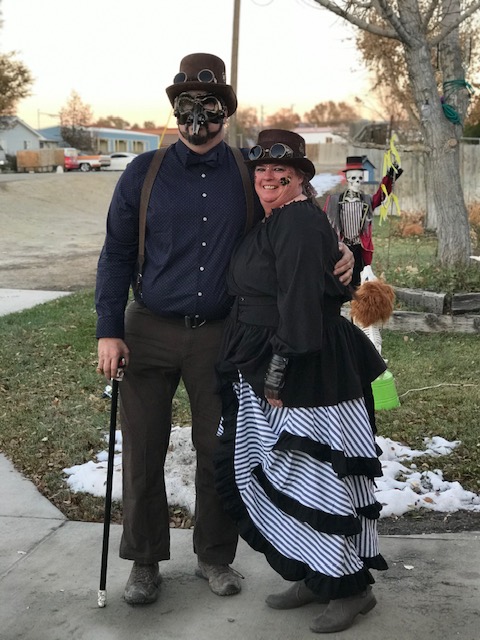 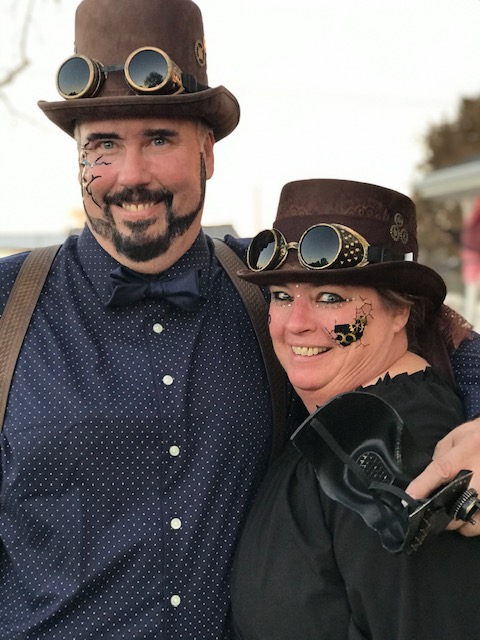 And Chris and Jana rocked it as a pirate and a gypsy. 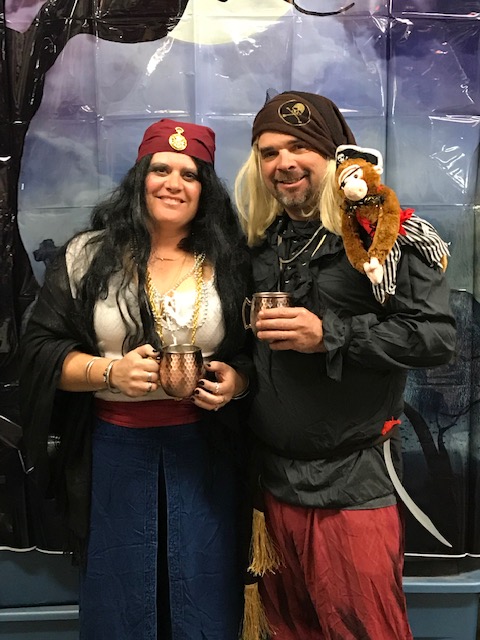 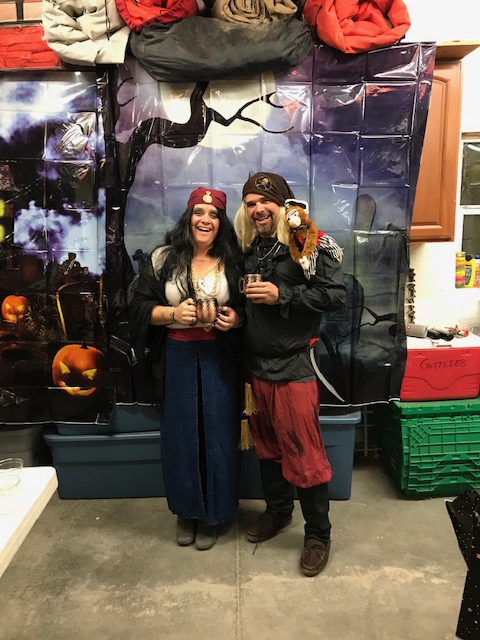 Queen B's friends Mia and Trevor came as Joe Exotic and one of his tigers... 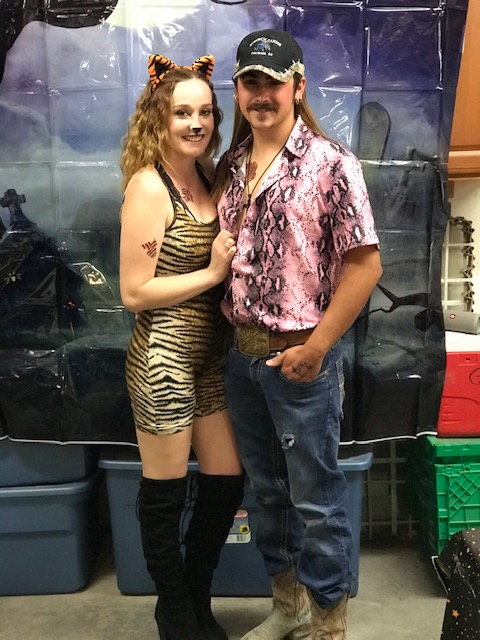 ...so Mikey came as the prison version of Joe. It was hilarious. 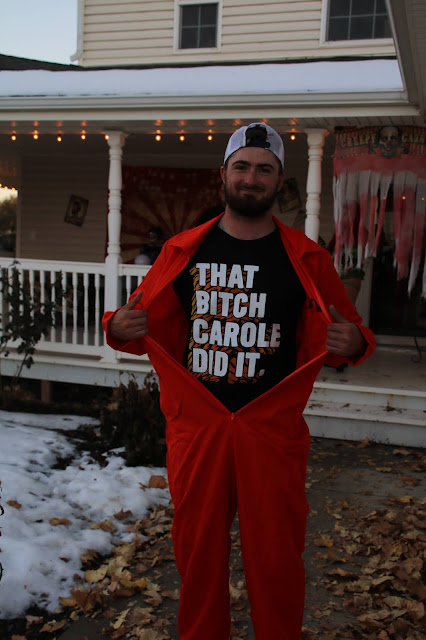 We spent the evening laughing, playing beer pong (rules certainly have changed since I played back in college. Just sayin'), and visiting. 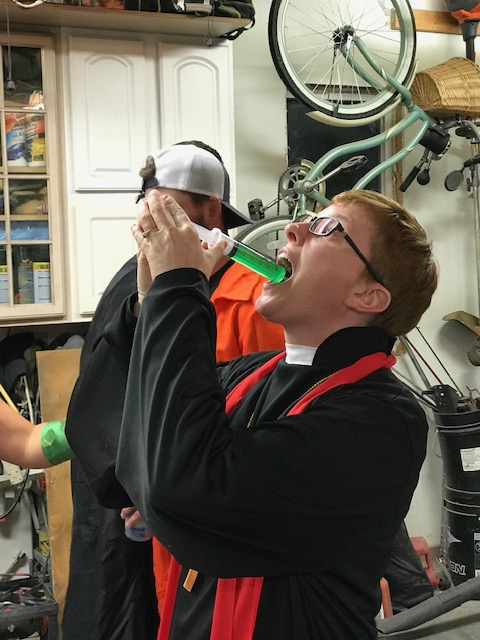 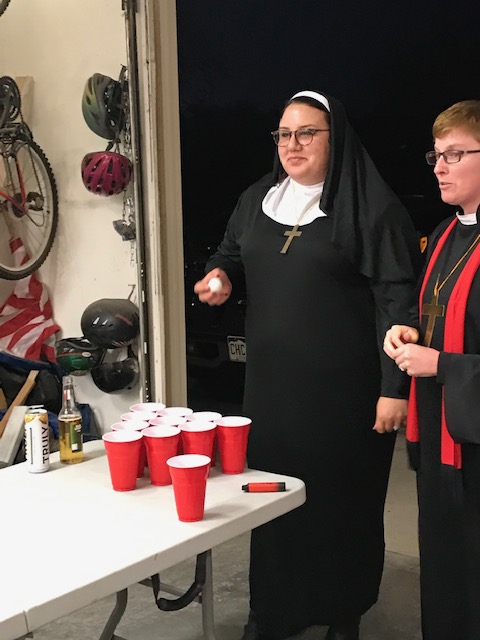 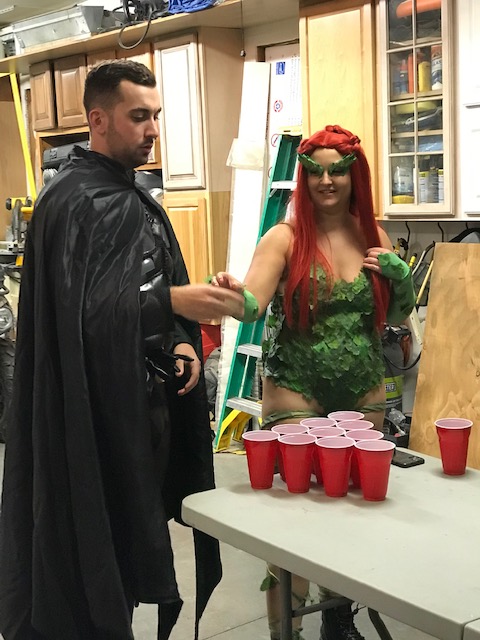 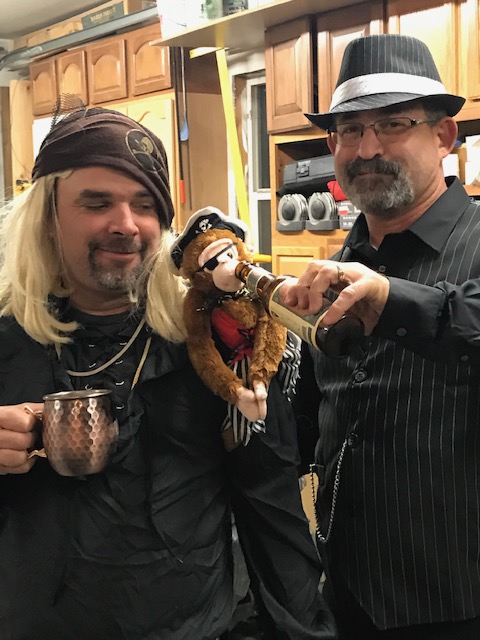 Every once in a while, we got a group of Trick-or-Treaters, but, as I've said; they were few and far between. So, us old folks called it a night around 11:00 and left the youngsters to finish up the party (and to clean up. And they DID! Hallelujah!).

Meanwhile, in Hawaii, the Man-Cub and his Girlfriend were sporting their best fighting gear for a small party with the Cub's roommates. No word yet on whether or not they had Trick-or-Treaters. 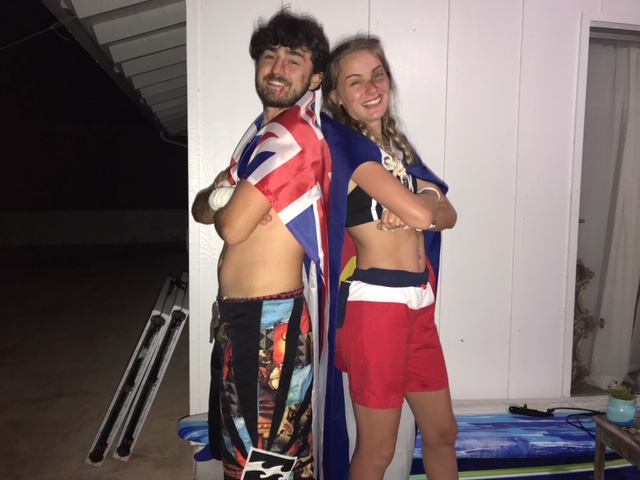 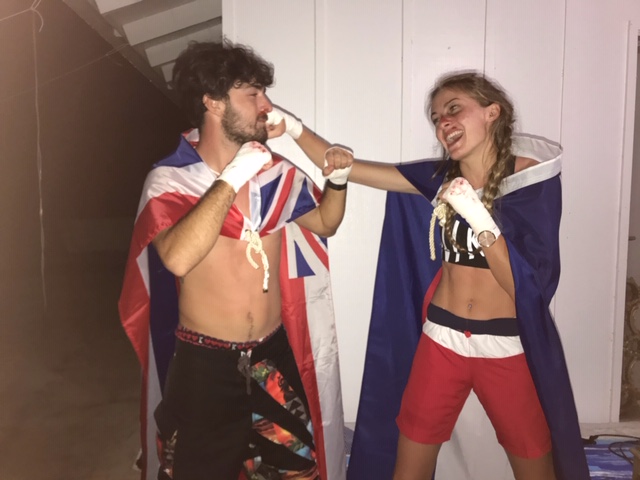 And, now it is November, which, this year, means we skip straight to Christmas carols, tree trimming, and good will toward men.