Recipes From the Porch: Pumpkin Puree

I have it on good authority that this fabulous year is going to gift us all with a number of shortages on baking staples as we head into the holiday season. Because 2020 is a prick. In case I haven't already said that (multiple times).

Unfortunately, one of the items that will be in short supply is canned pumpkin, which, could jeopardize many a Thanksgiving celebration if pumpkin pie is traditionally on the menu. Of course, that's only a problem if you are a baker who relies on canned pumpkin; happily, I'm not one of those bakers, so, my pies are safe.

As are my pumpkin bread, pumpkin donuts, and any other pumpkin-based treat that I wish to make; all because I learned how to make my own pumpkin puree several years ago. It's not hard, and, in my opinion, pumpkin puree made from fresh pumpkins makes for the best pies possible, so, once you try it, you might skip the canned stuff even in years that it is plentiful.

Pumpkins. Yep, that's it. Small baking pumpkins straight from the pumpkin patch down the road (or, from the produce section of your local Piggly Wiggly, either way works!)

Cut stems off pumpkins, cut pumpkins in half, remove seeds. 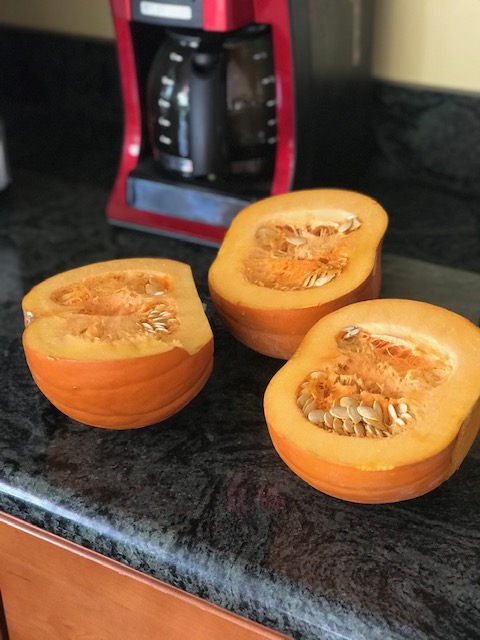 Place pumpkins cut-side down on baking sheets. Poke rind several times with a knife or fork. 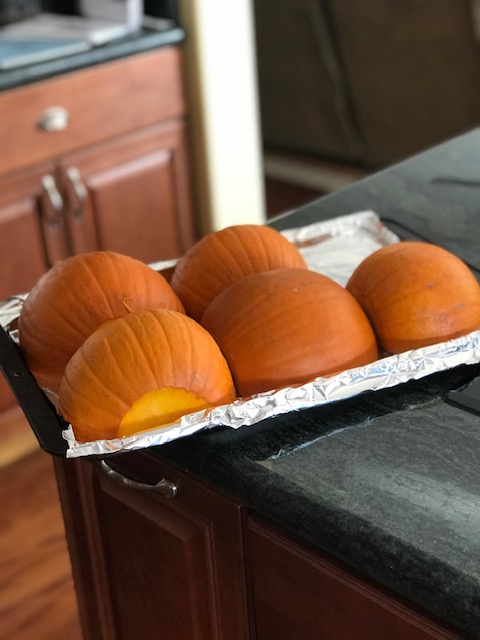 Place in oven and bake for one hour. Test for tenderness by poking rind with a fork; return to oven in five-minute increments, until fork tender. 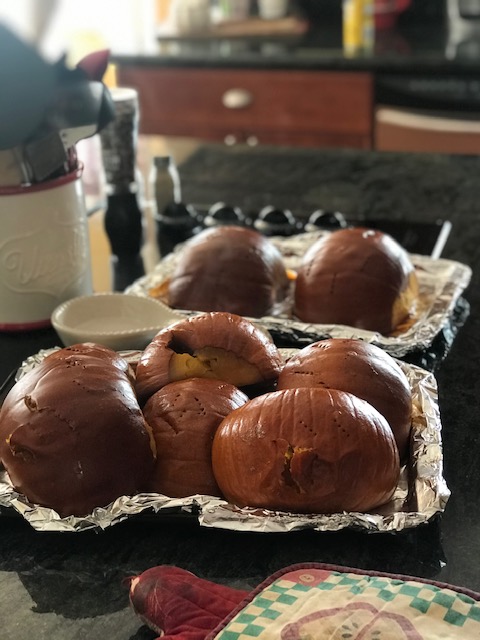 Remove from oven and allow to cool, then, peel the rind off each pumpkin half. Place flesh in bowl and allow to sit for at least fifteen minutes. As it sits, the pumpkin will release quite a bit of liquid; pour this off , as it will affect the consistency of your puree.

After draining excess liquid, blend with an immersion blender until smooth. 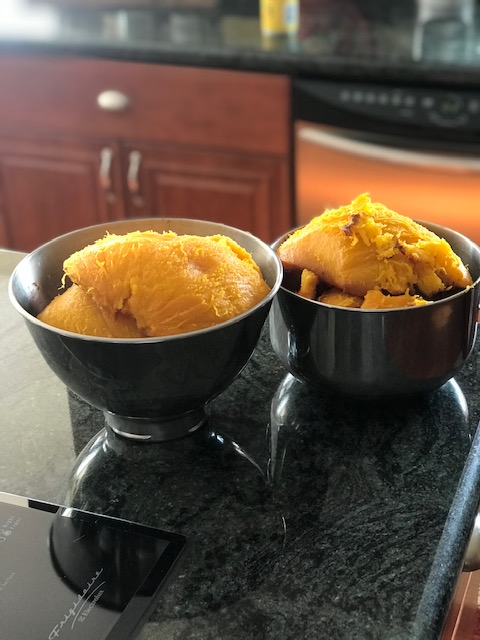 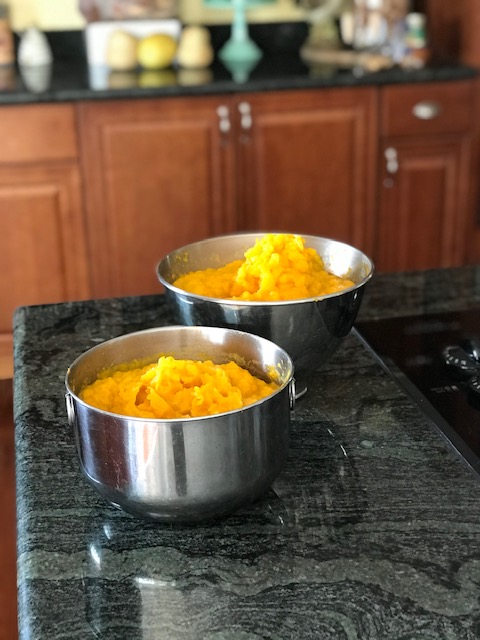 You can use the puree immediately, refrigerate for several days before use, or, freeze for up to a year. I freeze my puree in Ziplock freezer bags, in two-cup measurements, since most of my recipes call for a cup of pumpkin and I like to double my recipes. 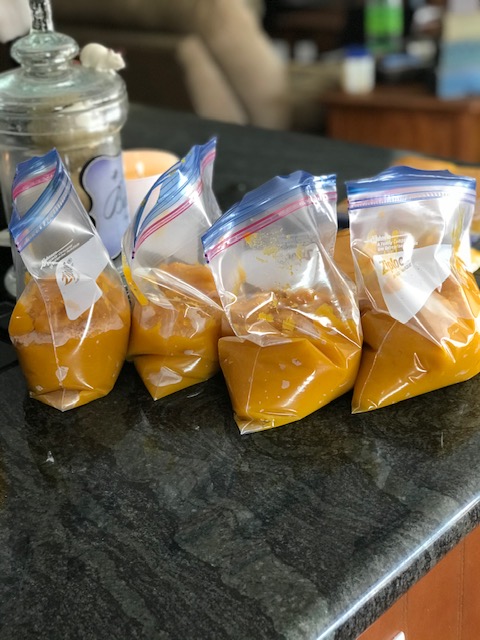 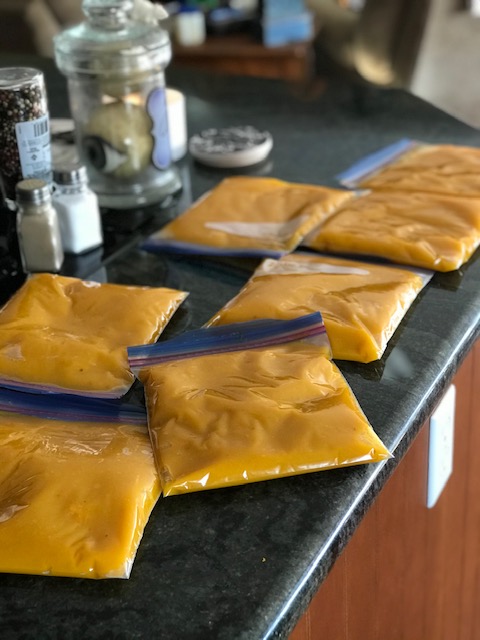 And, there you have it. Thanksgiving is saved!

Unless you neglected to stock up on flour and sugar...(oops, forgot to warn you about those shortages. Ummm...hey, you might want to stock up on sugar and flour...just a suggestion).