Whew! That took a lot of restraint.

I mean, how could you not want to give a post about a festival that celebrates corn a title that pokes fun at the very idea? Admit it; there's more than a kernel of truth to that statement (Ha! See what I did there? Now, imagine I said it in a husky voice. Ha! Again! The corn jokes practically write themselves! And, I digress).

As I mentioned in yesterday's post, Petticoat Junction threw a party in honor of the export that has made it nationally famous: Petticoat Junction Sweet Corn. That's not an exaggeration; the corn is seriously shipped across the US and it is lauded as the sweetest, most tender, and most delicious corn on the market. I can think of worse things for which to claim bragging rights, so it makes sense that our small town would celebrate the feat, and, what better way to celebrate than a festival?

The festival itself has had a rocky history; it debuted in the High School parking lot in 1992, rapidly outgrew the space, moved to a piece of land owned by the town, made enough money to develop the land into a very nice park, became a nationally recognized event, drew headliners including country music stars such as George Strait, LeAnn Rimes, and  Travis Tritt, got too big for its' britches, suffered from poor (possibly fraudulent) financial management, was "stolen" by neighboring Hooterville, sat out the pandemic (along with every other festival in the US), and was finally returned to its' roots by a small, local grassroots committee who see the value in small town events.

Whew. That's a lot of history in one run-on sentence. Eh, grammar be damned.

The festival took place on Main Street this year, because the park, which bears the name of the event, is under a bit of repair and was not capable of hosting the event (this year, anyway). The committee brought back some old favorites from the early days of the festival, including a classic car show, corn eating contests, and the parade, which, I talked about a bit yesterday. They also introduced some fun new events, including a kid's car race... 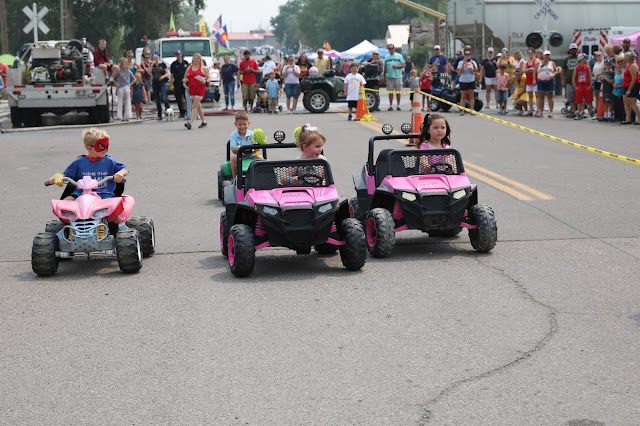 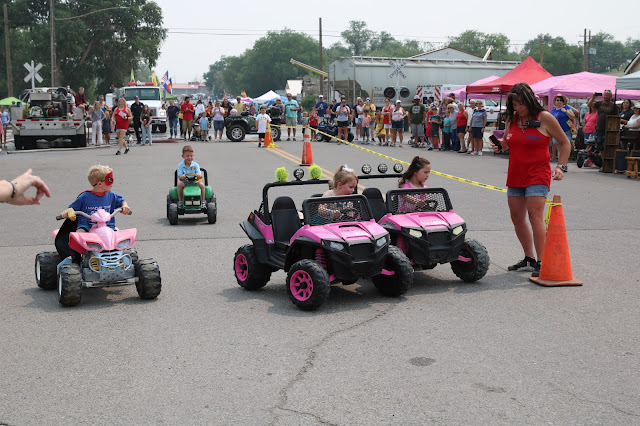 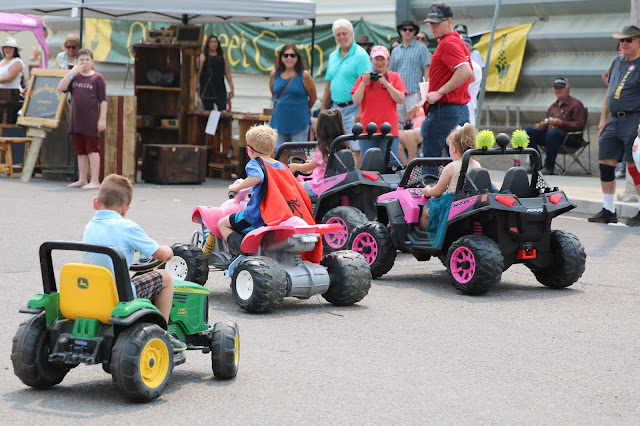 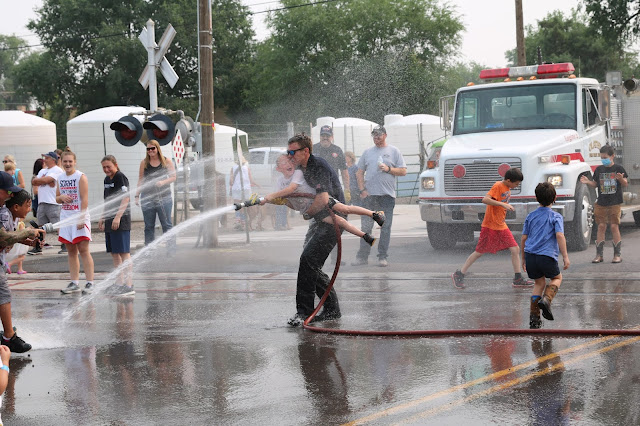 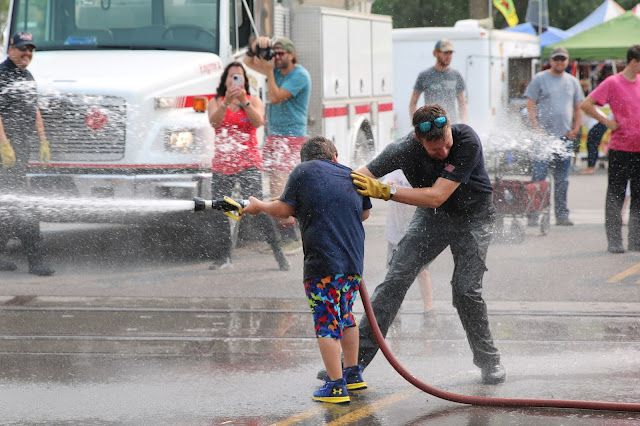 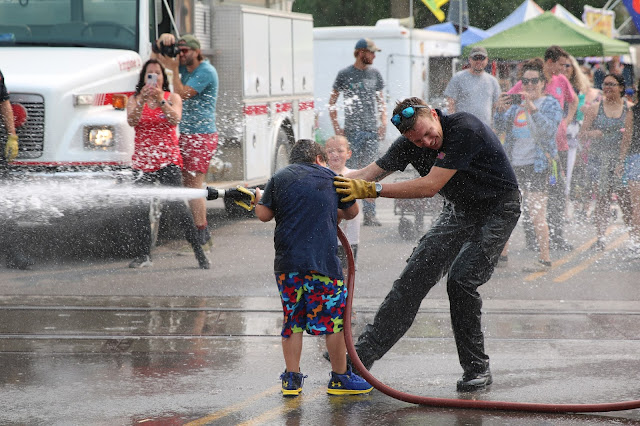 ...and a pageant that crowned four "Corn Queens" in different age categories. 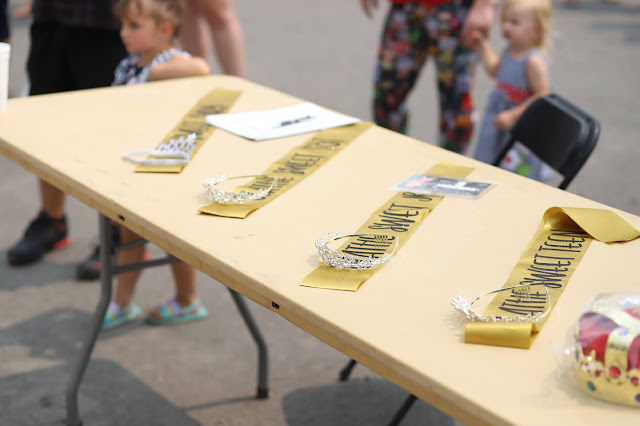 The winner of the 4-7 year old category was our neighbor's daughter! She's such a freaking cutie! 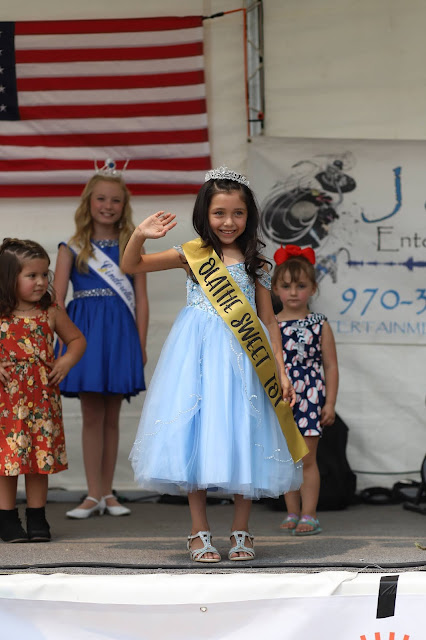 Of course there was all-you-could-eat corn on the cob, which, Boomer enjoyed, thoroughly. In fact, Boomer was living his best life the entire day. Everywhere we went, we heard "It's Boomer!" and some random kid, adult, or senior citizen would rush over for ear scratches and butt rubs (to be clear, they were scratching Boomer, and not the other way around). They usually shared a tasty treat with him as well, which is why he ate three ears of corn, a slice of watermelon, a bag of popcorn, and half a pulled pork sandwich. It's a wonder he didn't get sick. 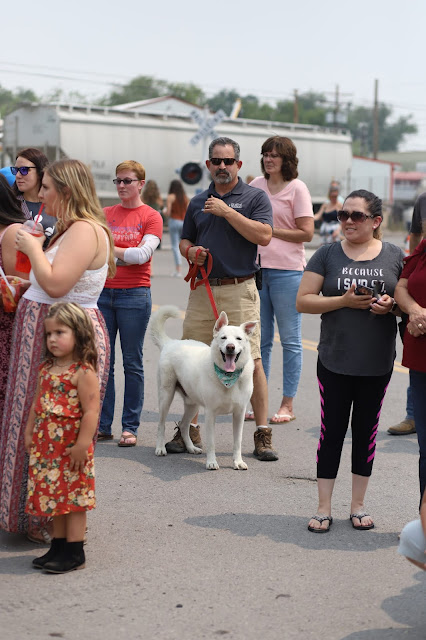 The festival wrapped up with a street dance to music provided by a favorite local band, and, while the festival ended with a fireworks show in the past; I don't think anyone missed the show. Maybe next year, though.

And, if the crowds at the festival are an indication; there will definitely be a next year. I give major props to the committee for all their hard work. 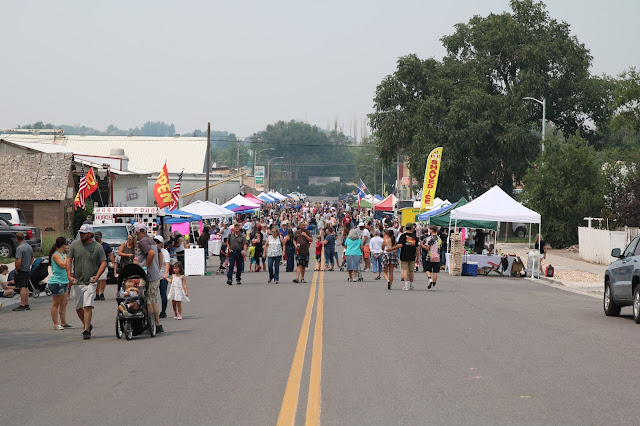