Welcome to another scintillating edition of What's Up Wednesday, or, as I like to think of it: One of Only Four Posts I Will Write This Month.

I wish I were kidding, but, honestly? Not so much.

Anyhoodle, I am writing it and, as always, linking up with Sheaffer and Shay.

If my ever-expanding waistline is any indication; alllll the things. I am eating all the things. Of note, however, would be the Hello Fresh dinners that Hugh has been cooking; the most recent favorites were a curry chicken and a taco salad. 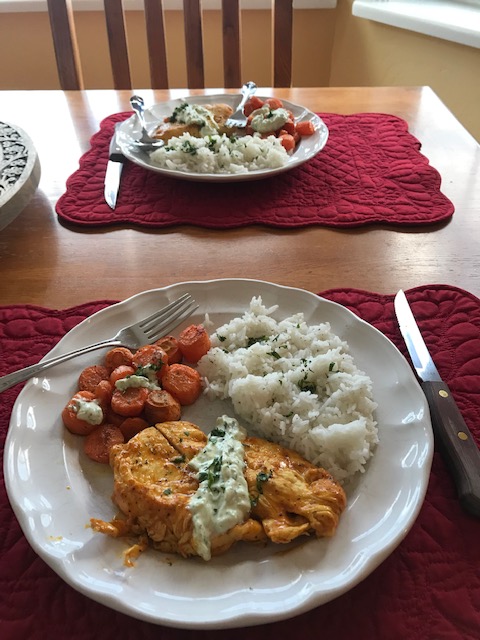 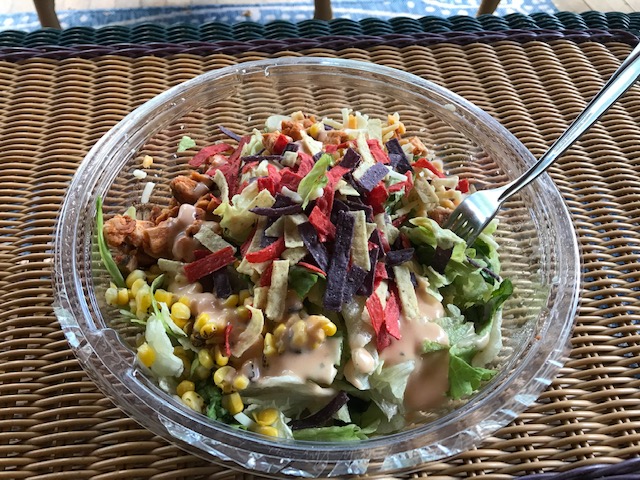 I also hit a diner in Hooterville this past weekend, and the Eggs Benedict was perfection! 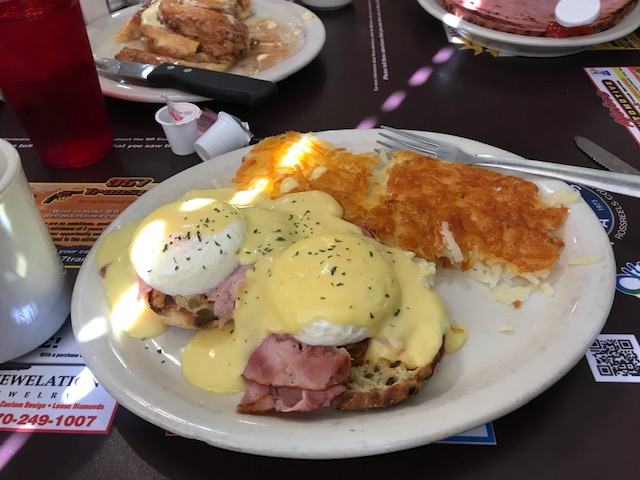 Yesterday, I went out of my comfort zone and tried a matcha latte. It tasted exactly like I would imagine freshly mown grass to taste. I...did not like it. 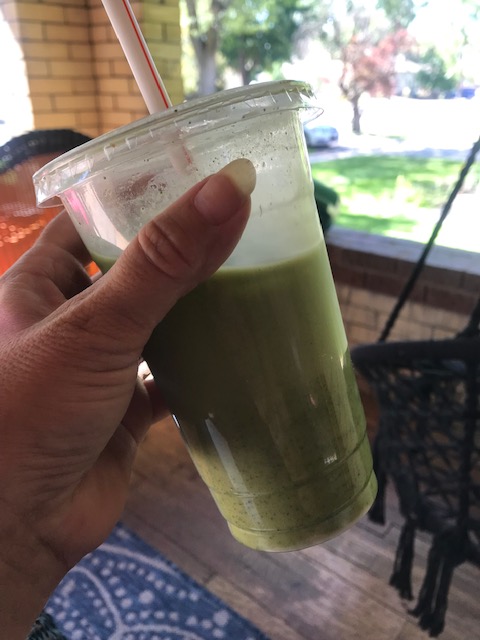 Remember when the world wasn't so ugly and hateful and friends and families weren't actively and viciously shunning one another for having differing political and/or social views? Remember when adults engaged in civil discourse; sharing their opinions and giving one another the grace of "To each their own" without wishing one another dead based on their opposing viewpoint? Remember when you could do that over the dinner table or, on a lawn chair at a community picnic, without worrying that you may be attacked for having views that someone else considers misinformed/immoral etc., etc., when none of those things are true or accurate? When, in reality, you merely have your own opinion of how you wish to conduct your own life...remember when that was not only allowable, but expected?

Yeah. I miss those days.

This shade of OPI on my toes makes me happy... 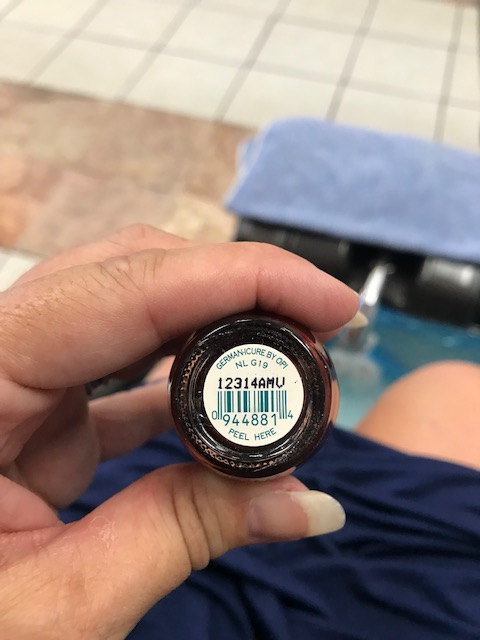 ...I opened my Autumn FabFitFun box yesterday and the contents were amazing! 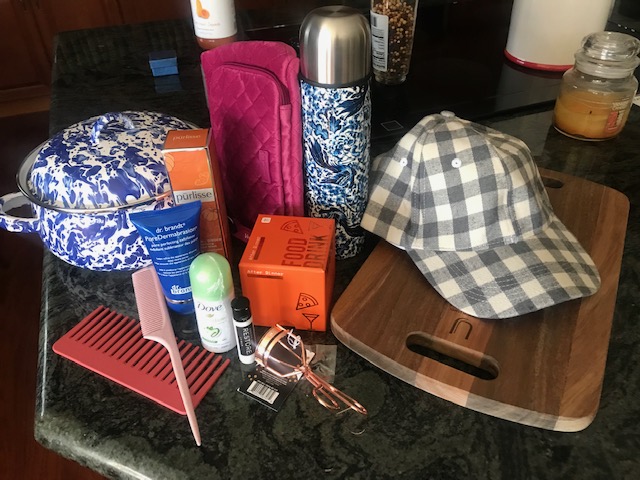 Hugh and I met up with friends for a weekend of camping and four wheeling. We pulled our old motor home, Jenn-ay out for the trip and, despite having been moth-balled for the past couple of years, she performed admirably. For the record, we named her Jenn-ay in honor of Jenny from Forest Gump; mainly because she is about as slow as Forest's voice pattern. We love Jenn-ayyyyy (we are, however, looking to replace her with something more modern. Shhh, don't tell her). 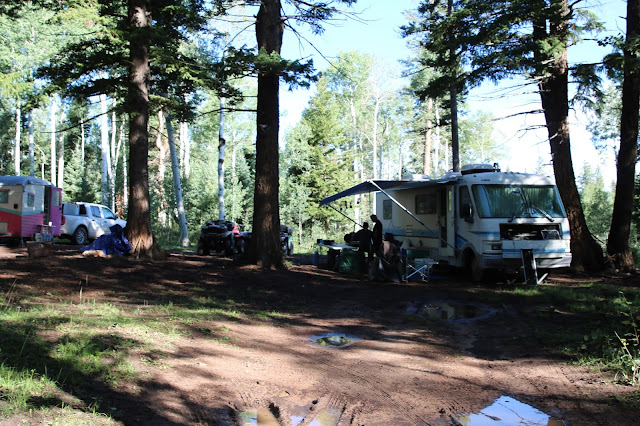 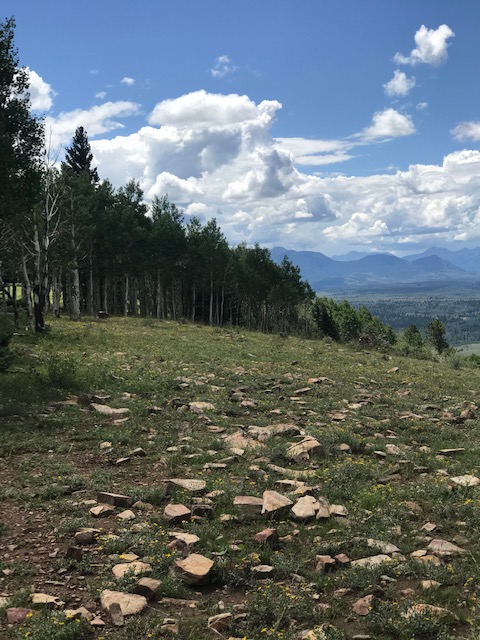 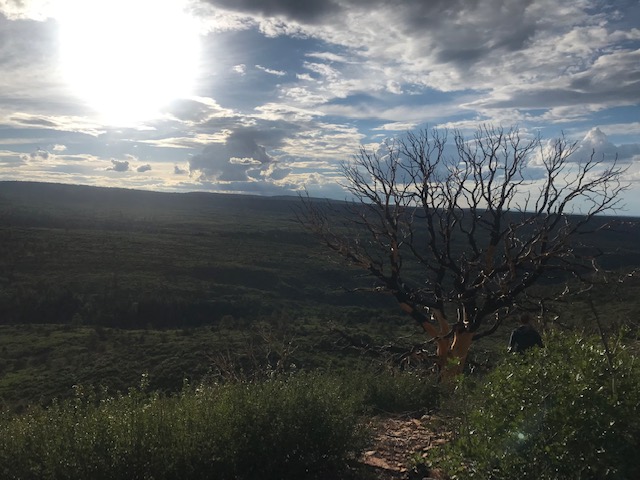 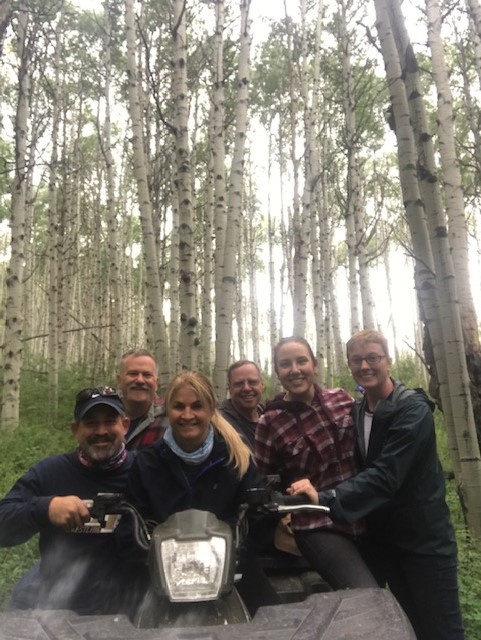 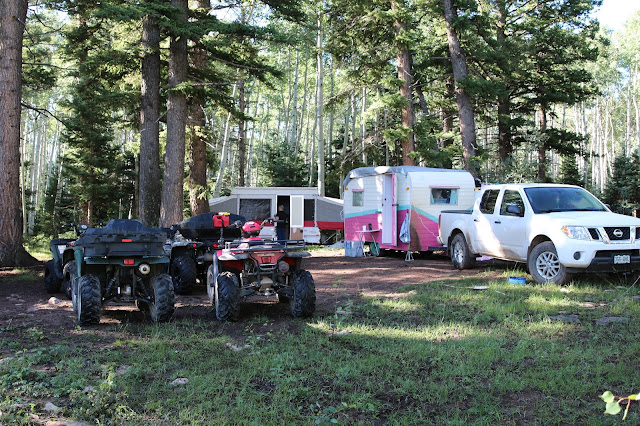 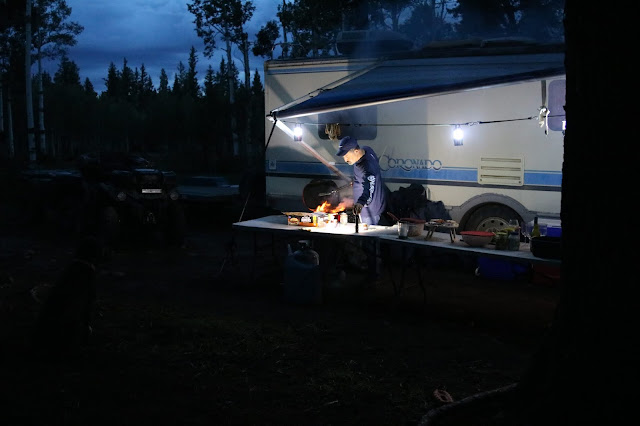 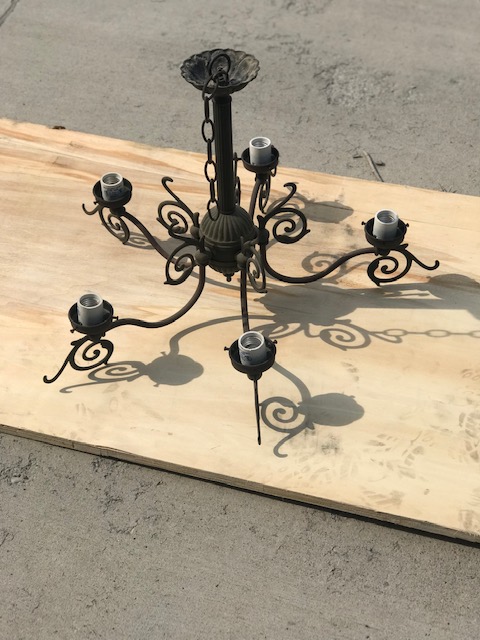 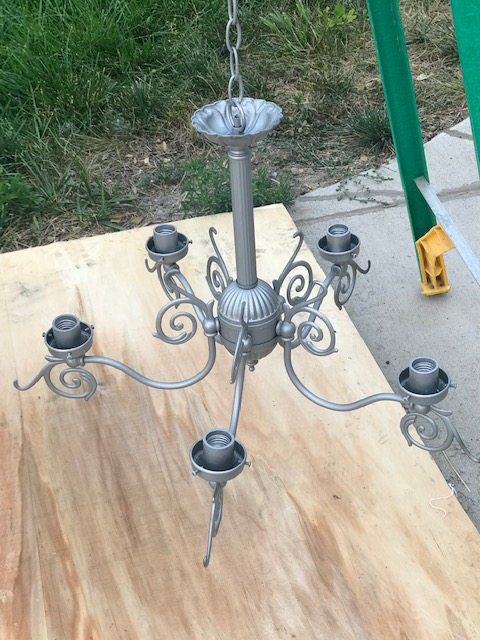 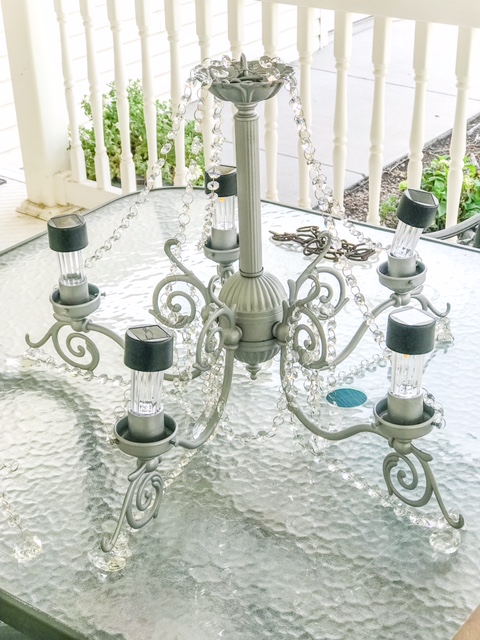 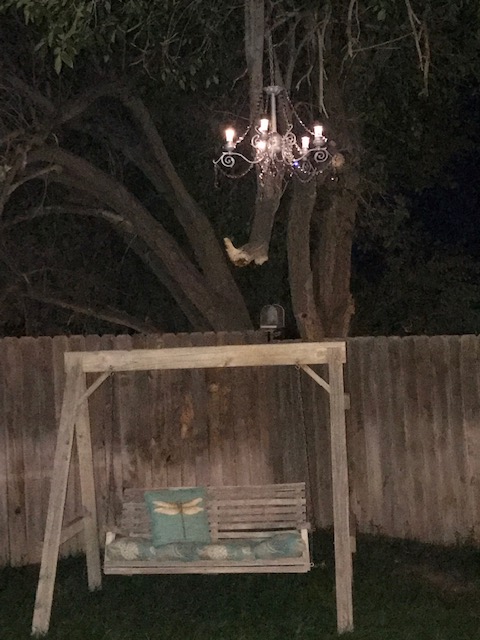 As this Neverending Plague Upon Humanity drags on; I am dreading another total shut-down of the Hawaiian Islands. We have a lot of money invested in the trip that we will be taking in December and I don't want to have to deal with refunds, etc. More importantly, I want to see my son walk across the stage to accept his diploma. It's been a long-ass four-and-a-half years to get him to that piece of paper, and we need to be there to celebrate his accomplishment.

Also, I am burnt like toast and in desperate need of a vacation to look forward to.

I realize that it is only August, but; I am really excited that the Spirit Halloween store already opened in Hooterville! I have plans for this year's skeleton display and it is going to be epic! Also, I am going to be hosting a Halloween themed Porch Night that is sure to bring all the witches to my yard, so...yeah! Excited!

I am watching a new television! Our old television was not smart enough to support all of the streaming apps that have become de rigueur in today's society . I am mostly excited about this because, for some unknown reason, our old television had started locking up on Netflix and I was getting really tired of the stupid buffering message.

I really, really tried to finish The Haidmaid's Tale. I did. I just could not do it. Currently, it seems to read less like fiction and more like a precautionary tale.

I did, however, read Then She Was Gone in, like, record time. Seriously, I could not put it down. Highly recommended. 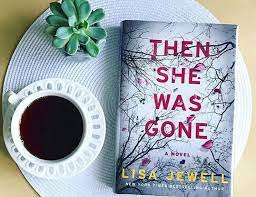 Hugh is messing around with the surround-sound system in our living room right now. The new television is smart, but not smart enough to connect itself to our speakers, apparently. Does anyone else's husband utter profanity when working on technical tasks? Just mine? Lucky me.

Currently, my wardrobe consists of anything I can find in my closet that meets the following criteria:

3: Breathes (Tip for those of you entering menopause: certain fabrics, while lightweight, will trap heat  better than the doorway to Hades. Don't be drawn into a false sense of security!)

Hugh has a wrestling tournament to officiate in Las Vegas. He has a group of friends who officiate at  this tournament every year and, this time, the husbands decided to drag along their wives. So, I will be spending a long weekend with five strange women (as in: strangers to me. I'm sure they aren't strange, people. Although, statistics show that one in every six females in certifiably insane, so...we shall see. Also, I just made up that statistic. Besides, if there is one certifiably insane woman in the group, it will probably be me, so...yeah. Sorry in advance, Women I Have Never Met Before).

September has always been one of my favorite months of the year and I am hoping that this one won't prove the exception to that rule. Fun things to look forward to in September include Hugh and I celebrating our 28th anniversary and the Man-Cub turning 23. I am also hoping that we will get in at least one more camping trip as well as a trip to a nearby winery with friends. Also, my fall decor will make it's official appearance!

I love me some fall!

The Man-Cub and his girlfriend flew back to Hawaii last Friday. They are taking a stab at this whole "living together" thing and I wish them luck. Her. Mainly I wish her luck; I've lived with that child and it is not a walk in the park (kidding! Mostly!). 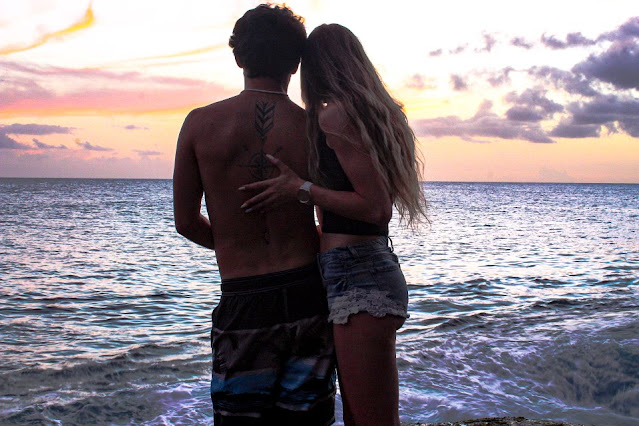