The title of this post is a bit deceiving; most people envision something completely different-and generally involving water- when you ask them to join you on a float during the summer.

In this particular case, the float was of the parade-worthy variety. Yes, that kind of float.

A few weeks ago, when we learned that Petticoat Junction would be including a parade in its' revived Sweet Corn Festival; I casually mentioned to The Newlyweds that it would be fun to put a float in it. Specifically, a float that would promote the fundraisers that I have coming up for Not So New Job.

Kristi was in, like all in. Erin was slightly less convinced; especially when Kristi expressed her vision for the float, which, one of my awesome team members captured on paper... 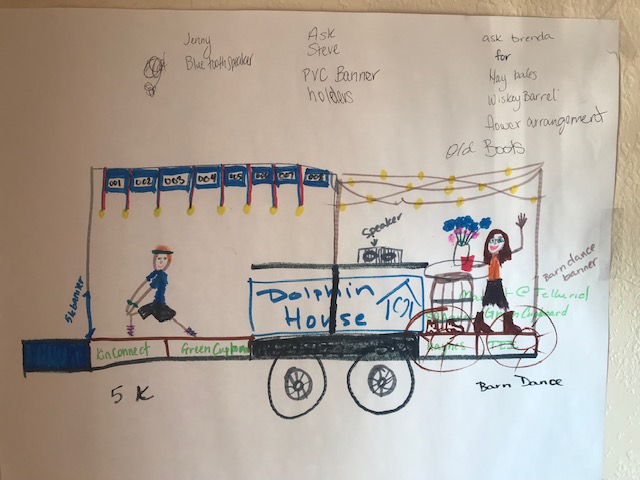 ...and the artistic rendering of the vision was enough to finally convince her.

Hugh provided both the trailer and the building materials for the float, as well as being our general contractor and driver. He's a man of many talents.

The Newlyweds came over on Friday night, along with my awesome team member and her sons (free labor!) and we had the float built in about an hour, after which we noshed on charcuterie on the porch. 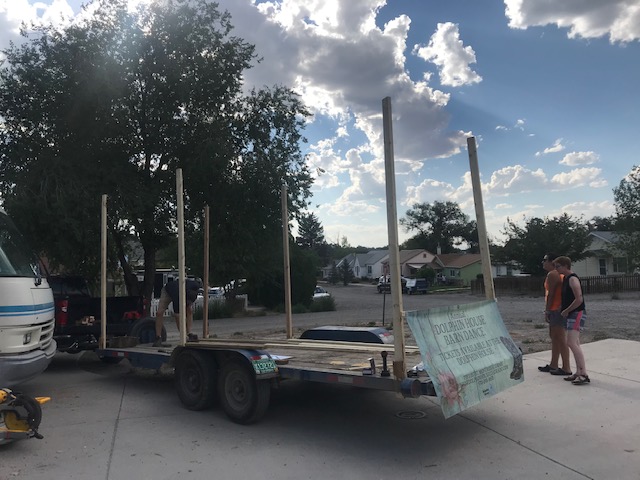 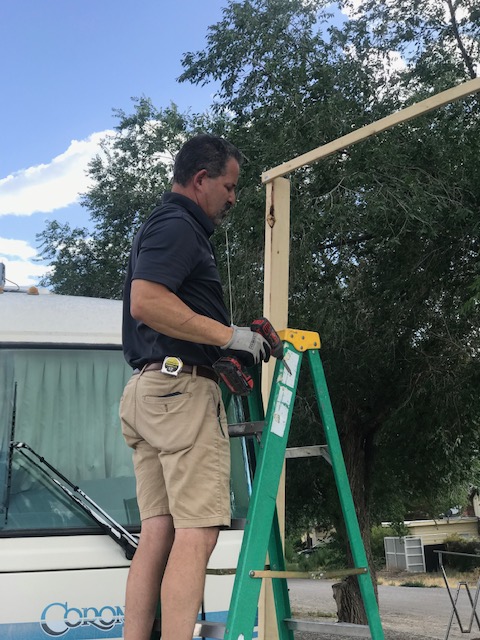 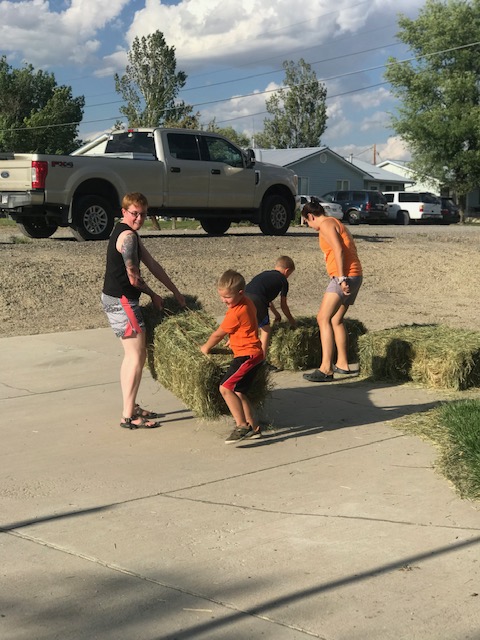 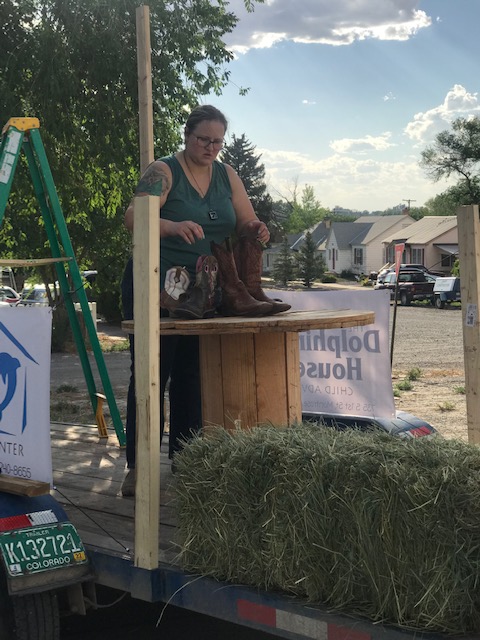 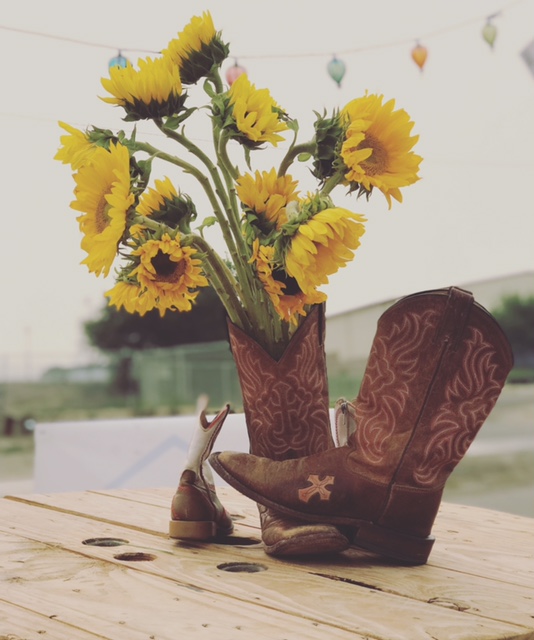 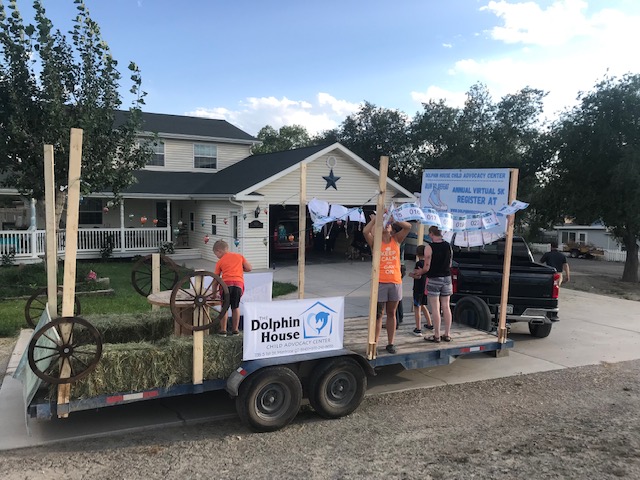 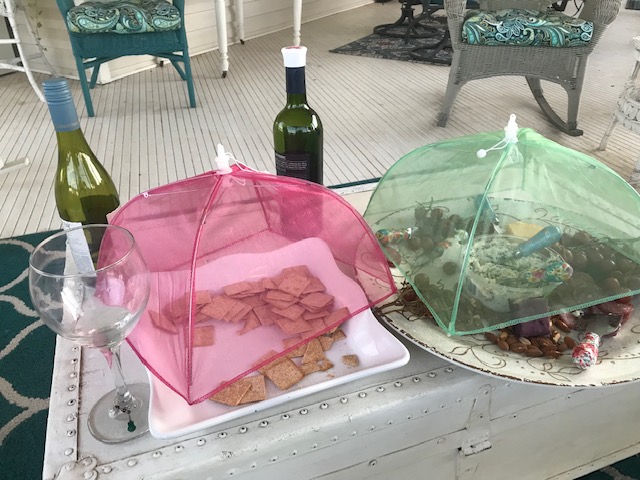 Saturday morning, we pulled into line along with dozens of other participants and we made the short, slow drive down Main Street Petticoat Junction, tossing plastic trinkets and small boxes of crayons to the crowds lining the sidewalks. It was a fun way to get the word out about our events, and, if one has to work on the weekend, it was a fun way to do it. 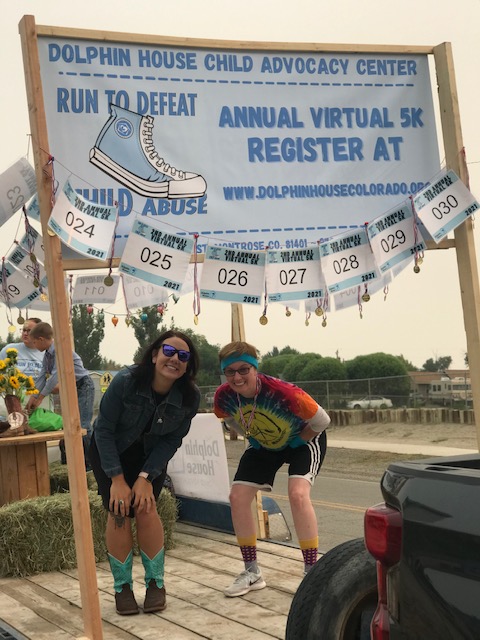 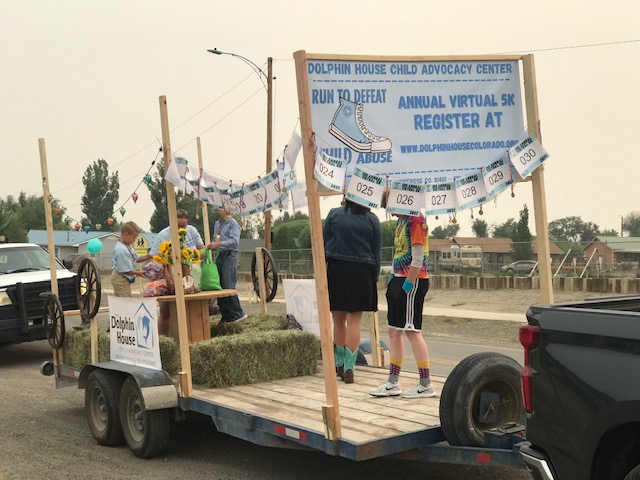 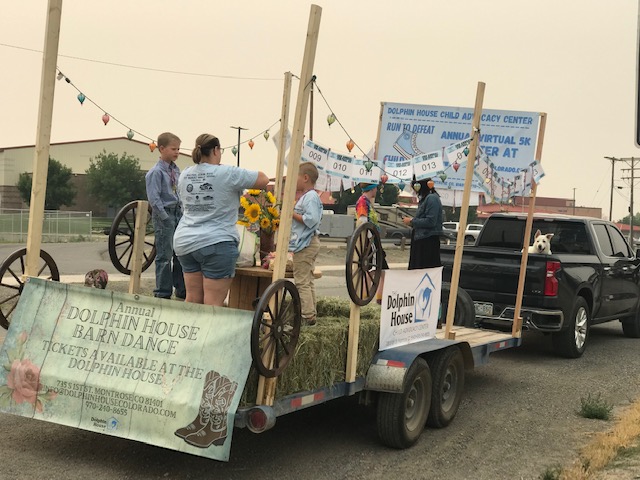 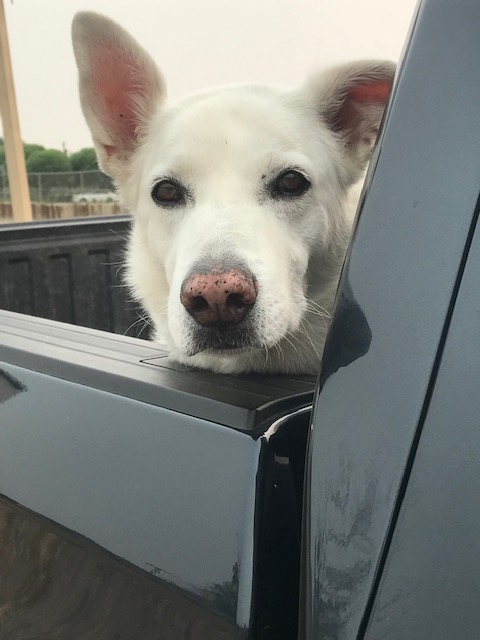 It was Kristi's first parade, so she was stoked (Erin grew up doing 4H in Kansas; her ass has sat atop many, many a small town parade float). It was also Boomer's first parade (that we know of, anyway), so it was a fun experience all the way around.

Speaking of fun, after the parade, I spent the better part of the day at the festival, but that can be a post for another day.