So This Is What the Aftermath of a Tornado Looks Like. Good to Know

Yesterday, after the Man-Cub’s wrestling tournament (more on that in a bit), we hosted an open-house for The Teenager’s birthday. The Teenager was a bit worried that not very many people would show up, and she could not have been more wrong; the party was a total success by which I mean we fielded a constant stream of teenagers in and out our door, watched in amazement as they inhaled five pizzas in record time, survived a cake-fight between The Teenager and her father (my mother just flashed back to the night of my wedding and is probably still whimpering in a corner, sorry, Mom!) and were forced to open windows throughout the house to air out the smell that results from twenty teens playing Dance Party on the Wii. 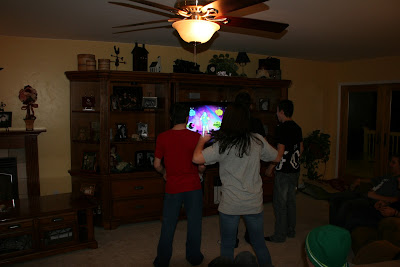 This morning, we collected the debris from a tidal wave of empty soda bottles, a small handful of M&M’s that were scattered randomly throughout the house, enough empty chip bags to fill the chip aisle at the grocery store and a few extra bodies, courtesy of Kaz and another girlfriend who slept over. I’m pretty sure all of this constitutes a successful party and, a quick Google search assures me that my hair will grow back in fuller and glossier than ever before. Probably. 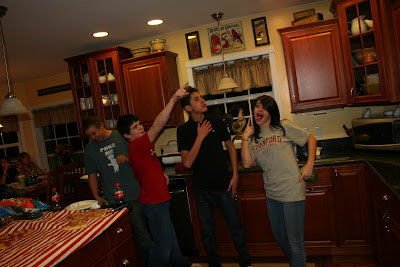 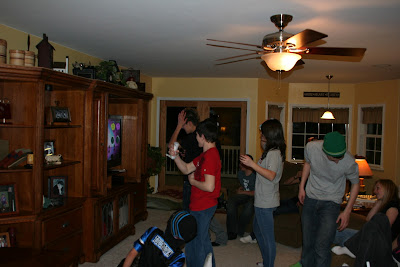 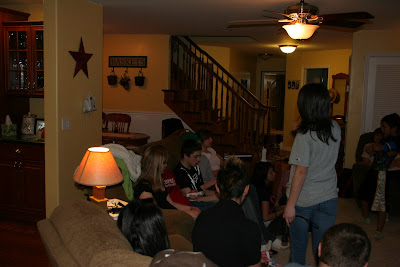 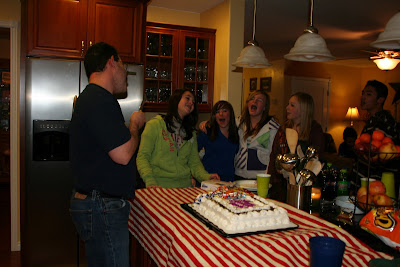 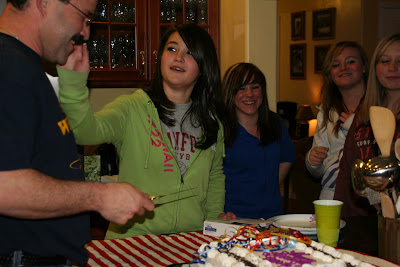 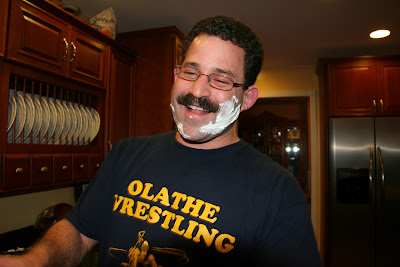 So, back to the Cub’s wrestling tournament, the first of the season and his first as a sixth grader who now practices with the Middle School rather than with the town’s Pee-Wee program (which we blessedly are no longer in charge of. Wait, did you just hear a heavenly choir of angels sing, because I did). The Cub wrestled very well, pinning his first opponent in record time.

His second opponent put up more of a fight but the Cub was well ahead in points before The Incident which is what I am calling the mess that occurred in the second period when the Cub’s opponent, irritated at being behind, attempted some not-exactly-cool maneuvers, including head gouging that resulted in him sticking his finger in the Cub’s mouth.

What do you do when someone sticks their finger in your mouth unexpectantly? Other than gagging uncontrollably and throwing up, I mean (because that would have made for an entirely different post).

So, yes, the Cub instinctively bit down and then he pinned the kid and the kid went ballistic, screaming about his bitten finger and wailing that the Cub should be disqualified. The kid’s parents got involved, the head of the tournament was called in and; when both he and the referee (who was a High School wrestler, refereeing as a volunteer) determined that it was not a disqualifiable offense since there was neither premeditation nor malice involved, the parents demanded their money back, called the head of the tournament, the referee, my son, the entire town and I don’t remember who all else, some choice words and were asked to either calm the fuck down or leave the building.

In the end, the Cub took second place, losing by one point to his final opponent who happens to be one of his teammates. For the record, upon losing his match my son hugged and congratulated his friend all while knowing that the referee had accidentally awarded the wrong points and that, in reality, the Cub should have won the match.

He behaved that way because the referee was a High School student who volunteered his services and who can't be blamed for making an ocassional mistake and because; that is how one loses, graciously. 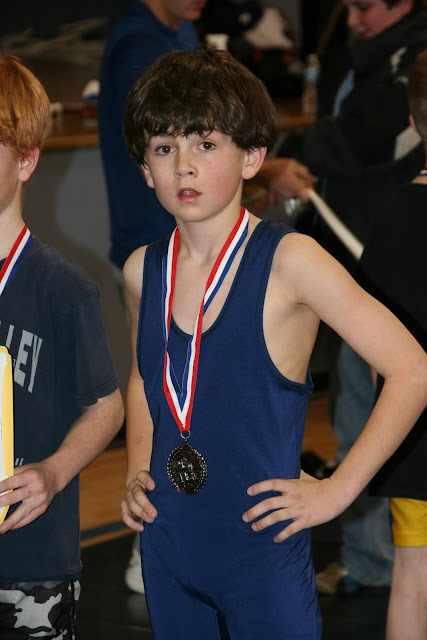