We celebrated two things today. The first, obviously, was Thanksgiving. The second was the 50th anniversary of my parents wedding to one another. 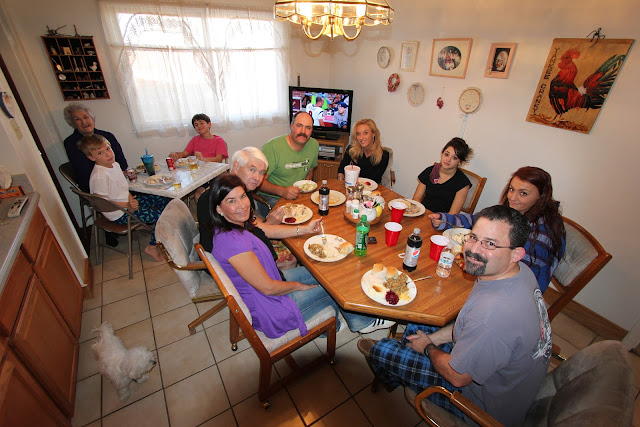 I would write more but, unfortunately, The Teenager is feeling quite poorly and a trip to the emergency room isn't entirely out of the question.

I guess now would be the time to say that I am thankful for insurance but, yeah...

*Photo snapped mere seconds before The Teenager passed out in her mashed potatoes. True story.
Posted by Chelle at 7:04 PM