Too Many Things to Mention

The past few days have kicked my ass; I could really use a bonus weekend to recover from them. What's that you say? There is no such thing as a bonus weekend? Buzzkill.

So, before the weekend even got started, I spent two hours on hard gym bleachers watching the Man-Cub play basketball. The boys won both of Thursday's games, handily. Unfortunately, one of the referees made a series of rather bad calls, enciting one of the "fans" from the other team to riot. Which, in turn, caused one of the "fans" from our side to take umbrage (new favorite word!), resulting in a verbal altercation the likes of which should never be seen at a Middle School basketball game.

Hugh immediately came in between the two children men, and, manged to end the altercation before it escalated to physical violence. Despite my fervent hopes that he would; Hugh did not employ the tactic of singing Kum-ba-ya in order to achieve this feat. Next time. 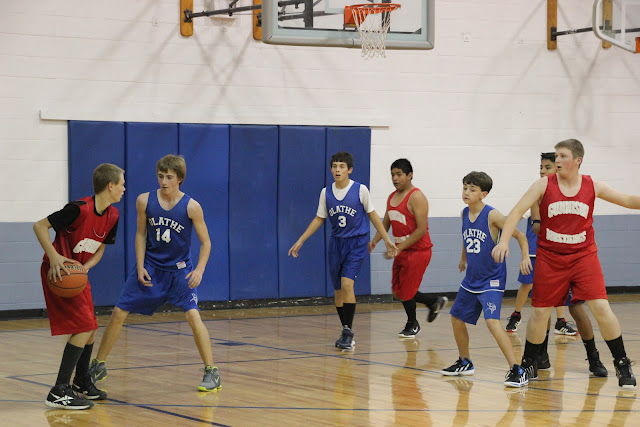 Thankful for The Fearsome Foursome. Three of whom are pictured above.
Friday night, Hugh and I attended my women's club's annual Festival of Trees. I had stopped in at the venue earlier in the day, driven by nightmares of arriving at the event and discovering that the wreath I had made had spontaneously combusted during the week it had been hanging. Not only had the wreath neither combusted, nor, bent into the shape of an oval under the weight of the ornaments (seriously, that had been my overriding fear throughout the week), but, it had a bid on it, already. 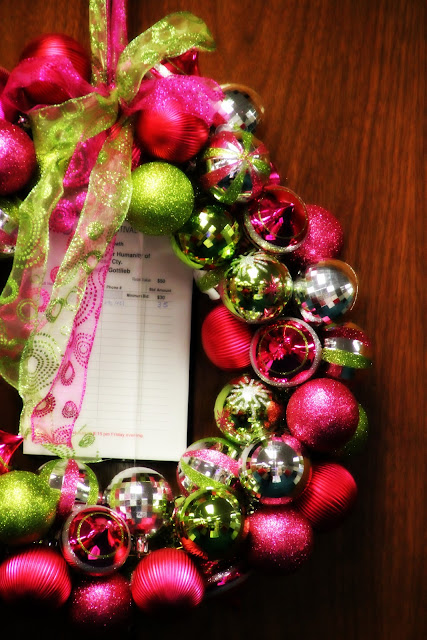 Thankful that it was still in one piece

The wreath ended up selling for almost $60, which, is more than twice what it cost to make, so; I was pretty happy.

I was also pretty happy with the centerpiece that I won, despite the fact that I really didn't need another holiday centerpiece, nor was I actually planning on bidding on anything. I blame wine. 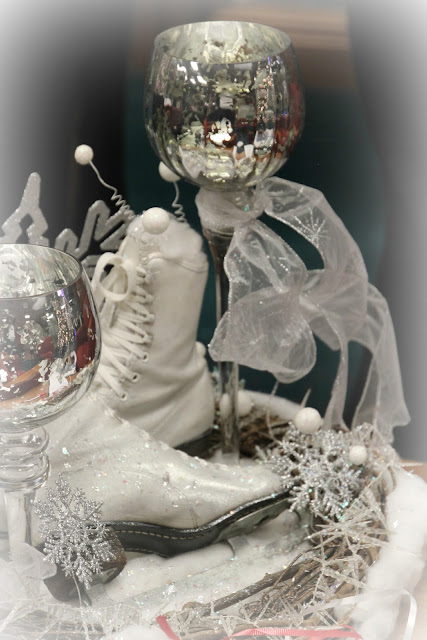 Thankful that we could afford it, even if I didn't need it

The evening was lovely, as usual, and; we raised over $14,000 for the continuation of our projects. I also got a chance to catch up with friends whom I don't see nearly enough, including one of our most recently re-elected State Representatives and his lovely wife, the latter of whom used to sit on the Board of Directors at Old Job. She is one of my very favorite people in the world and it was a pleasure to catch up with her.

The evening wrapped up fairly early and Hugh and I headed home, intent on getting a good night's sleep prior to rising at the crack of dawn to attend the Cub's weekend basketball tournament in a town an hour away. The town is conveniently located midway between Petticoat Junction and Mayberry so, my parents were able to make the drive over to watch the Cub with us.

The tournament went well, the boys won one and lost one and they had a good time playing. There were no ugly altercations between the fans and the officials, which, was a relief.

After the tournament and the long drive home (The Teenager's first time driving over a mountain pass, even though it is a small mountain pass, took a bit longer than what it usually takes us to make the drive, but, she needed the experience), Hugh busied himself with helping The Teenager craft a brain from modeling clay for her psychology class while I worked on downloading, editing, and publishing the photos I had taken of the Festival.

Then, we dragged our fairly-exhausted asses into Hooterville to watch our local community theater's production of Sorry, Wrong Chimney. The play was awesome and may have played a small part in finally stoking the embers of the Christmas Spirit flame in my cold, dark soul.

I hope so, anyway, because; I am forcing Hugh to encouraging Hugh to set up our Christmas tree early this week so that it will be ready to decorate when we return from our Thanksgiving trip to Mayberry and  I am going to need all the Christmas Spirit I can muster.

Thank goodness for The Hallmark Channel, ABC Family, and, a fully stocked arsenal of Christmas classics on DVD; I'm going to need the inspiration this year, me thinks.
Posted by Chelle at 9:12 AM