Last night I tried a new recipe that I had seen making the rounds on Pinterest. The recipe seemed too good to be true: one pot, raw ingredients, ten minutes, and, wa-la! Pasta dinner!

I was skeptical, but, too lazy to think of something different to make, so; I gave it a shot. The basic recipe is as follows:

Directions: Throw that shit in a pot. Cover and bring to a boil. Reduce heat to a low simmer and cook for 10 minutes, stirring every two minutes or so until liquid is almost absorbed. 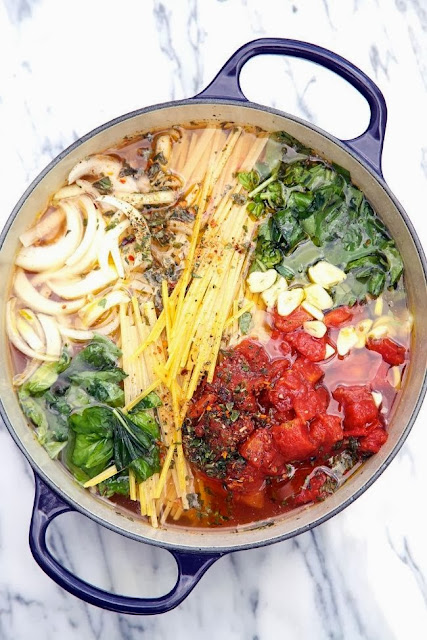 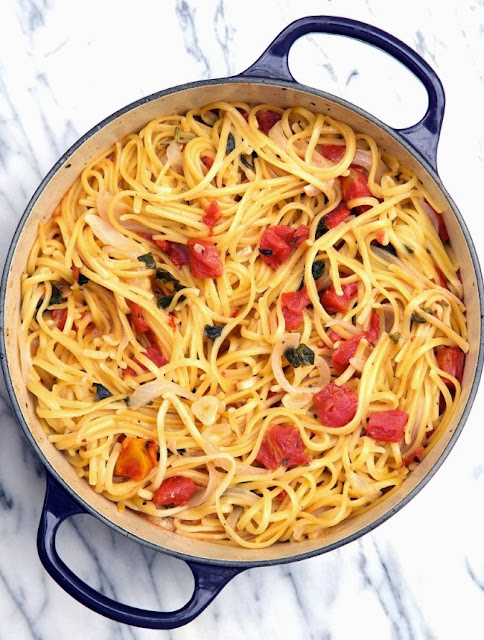 I made a couple of tweaks to the recipe, including the addition of a package of frozen meatballs that I had heated in the microwave and drained of grease before throwing in the pot. I also increased the garlic by a few cloves because they were the last cloves from the bulb and I didn't want to see them go to waste. I increased the basil by an extra bunch for the same reason, and, added an additional 3/4 cup of vegetable broth to account for the meatballs.

The verdict? Four-out-of-four family members gave it a solid thumbs-up. Hugh declared it a "keeper", the Man-Cub had seconds, and then, thirds, and, The Teenager said it was good.

Definitely a recipe that I will make again.

The recipe originated on apronstringsblog.com and they have a host of one-pot pasta recipes that I am now looking forward to trying, and, why not? Less than thirty minutes, one pot to clean, and, tasty as hell.