So, the luncheon went spectacularly well. Mostly because I didn't have to do a damn thing except for serving my guests their lunch, sipping wine, visiting with people I don't get to see more than once or twice a year, and, ultimately, cleaning up the mess.

The mess wasn't even that big of a deal; with The Teenager's help, I had the table dismantled and the dishes loaded in my car within a twenty minute time span. That's pretty good. Plus, once I got home, everything-with the exception of my wine glasses-went straight into the dishwasher, saving me most of the hand washing.

I also got tons of compliments on my table. The overall theme of the luncheon was All American Springtime, and I knew there would be red, white, and blue patriotic tables (there were) as well as baseball themed tabled (yep, two), so, I had chosen my theme to be classic American but not star-spangled; I chose Sipping Iced Tea on the Porch. Because, porches are American. Rocking chairs on the porch are American. Iced tea is...um..well, Southern, at the very least.

And, I already owned so much of what went on my table, it was a no-brainer for me. My table was indicative of my porch philosophy, which, is apparently well-known as numerous women approached me at the luncheon to coo over how much the table made them want to get started with Porch Night season.

Bring it on, says I.

Anyway, here are some pictures from the luncheon, including some of me with my partner in crime- The Teenager-and her father, who graciously agreed to serve wine at the event, despite his history with old ladies who pinch (no pinches this year, but he did get a marriage proposal which he should have accepted since the old woman in question has a shit-ton of money and The Teenager's college financial aid award was less than impressive. Also, Sister Wife! And, I digress..). 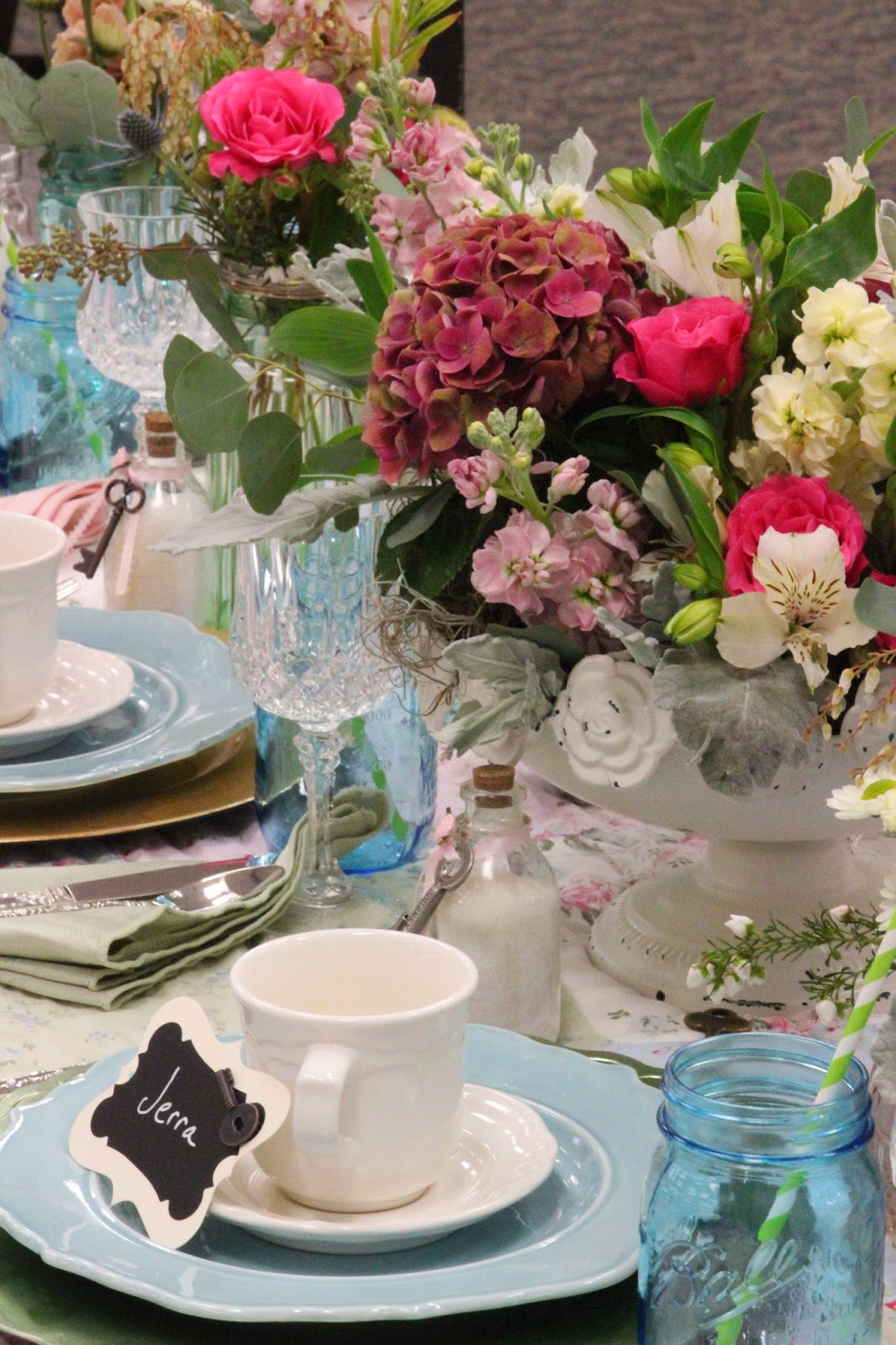 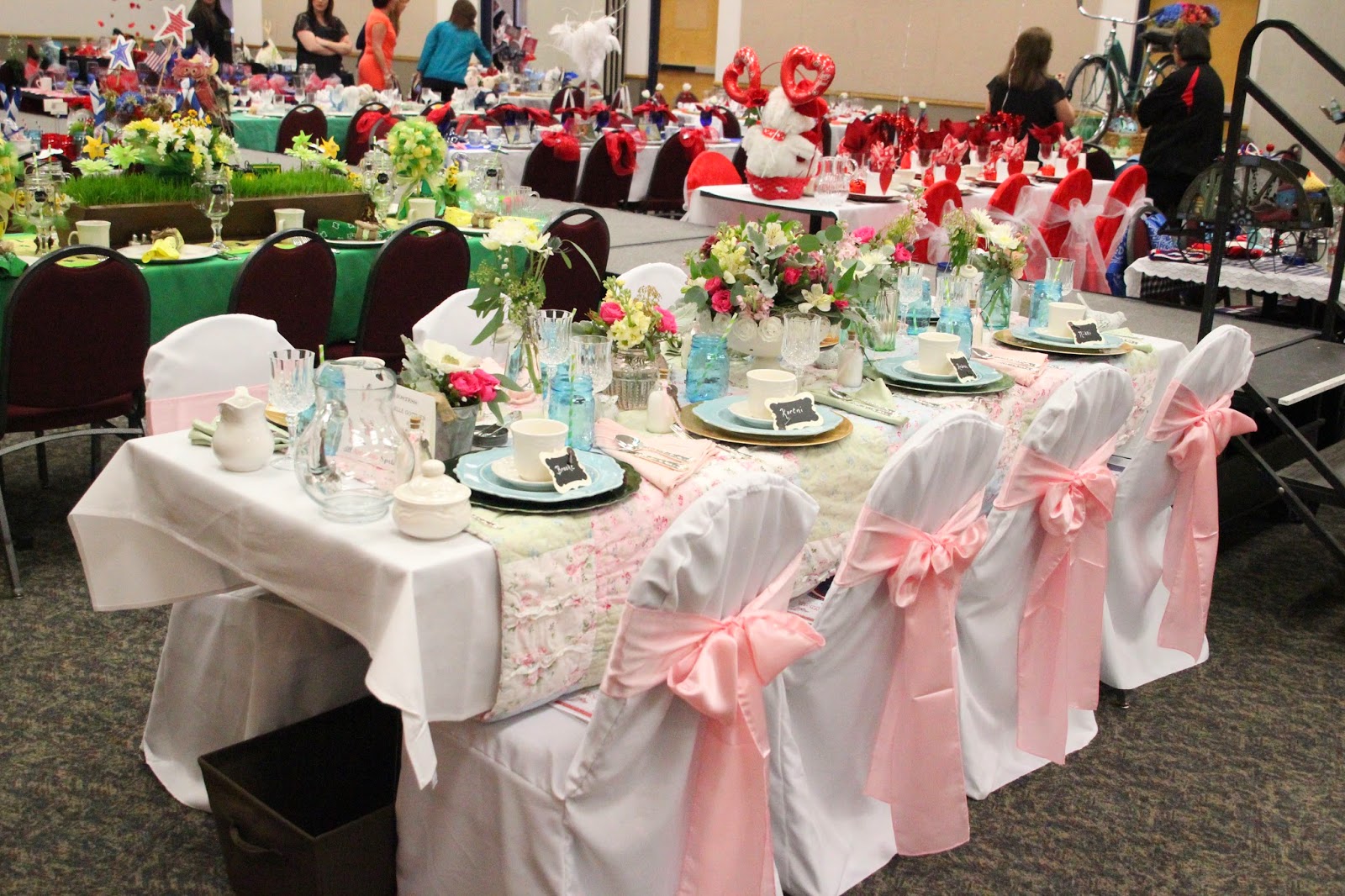 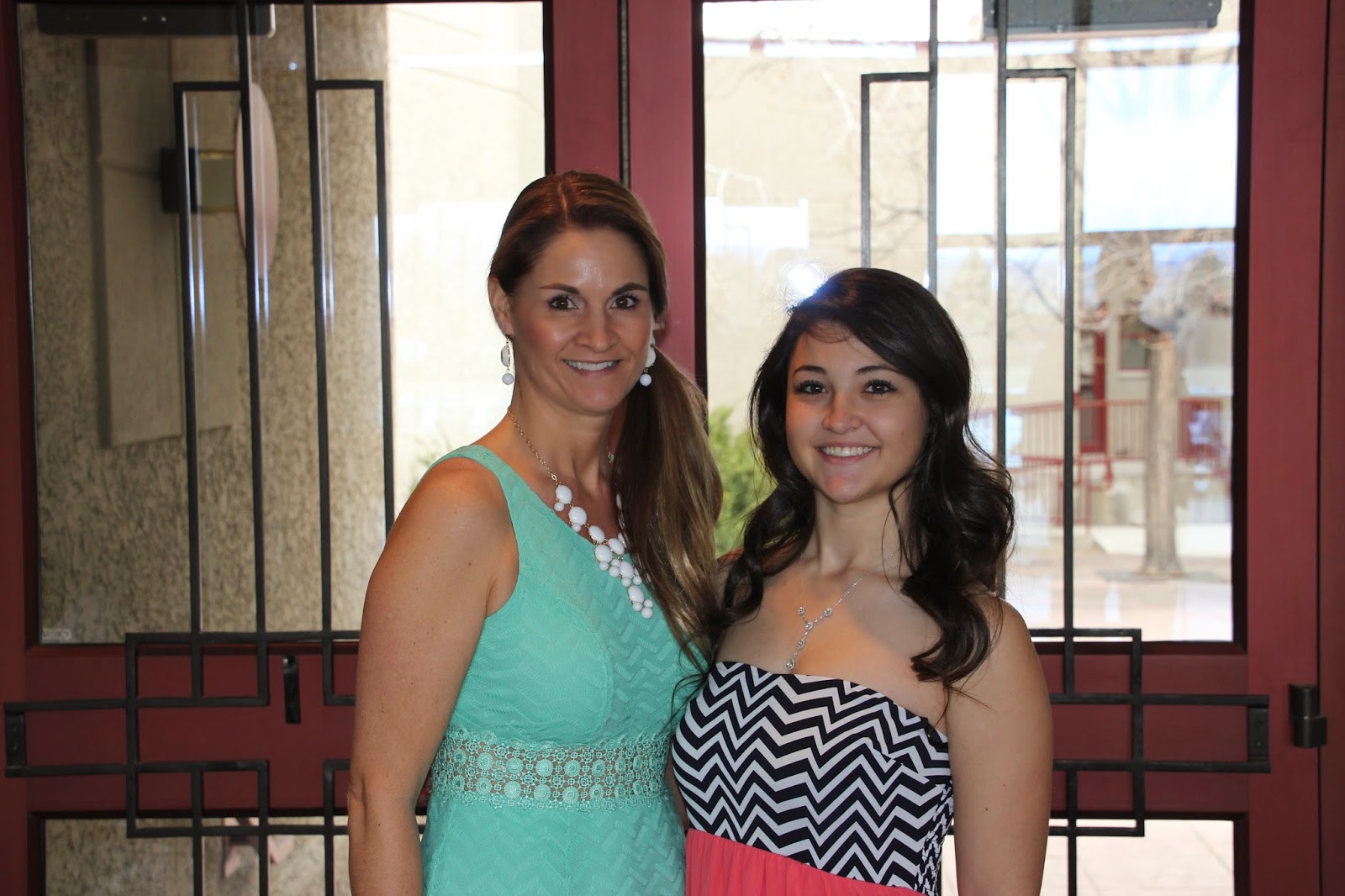 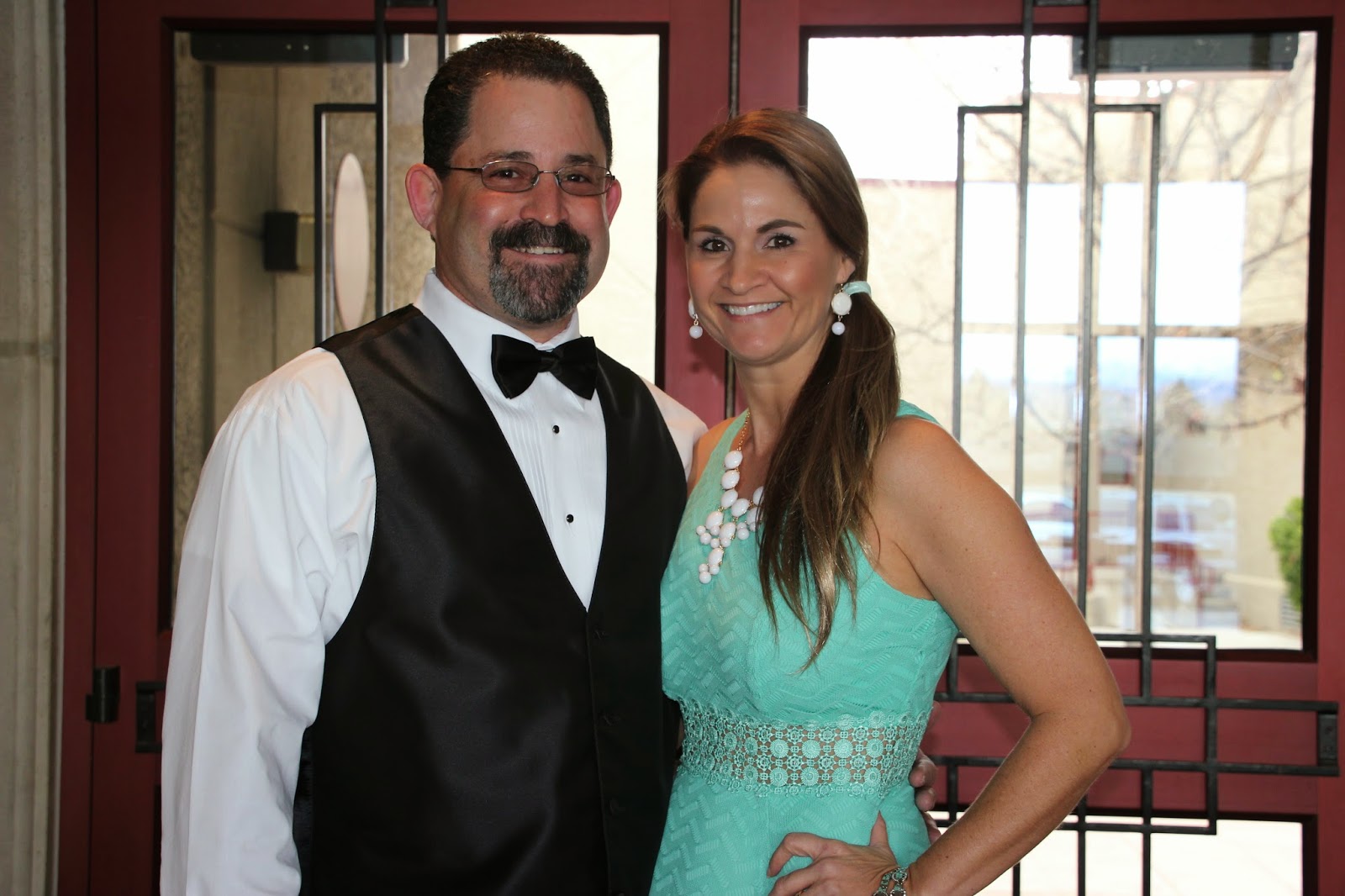 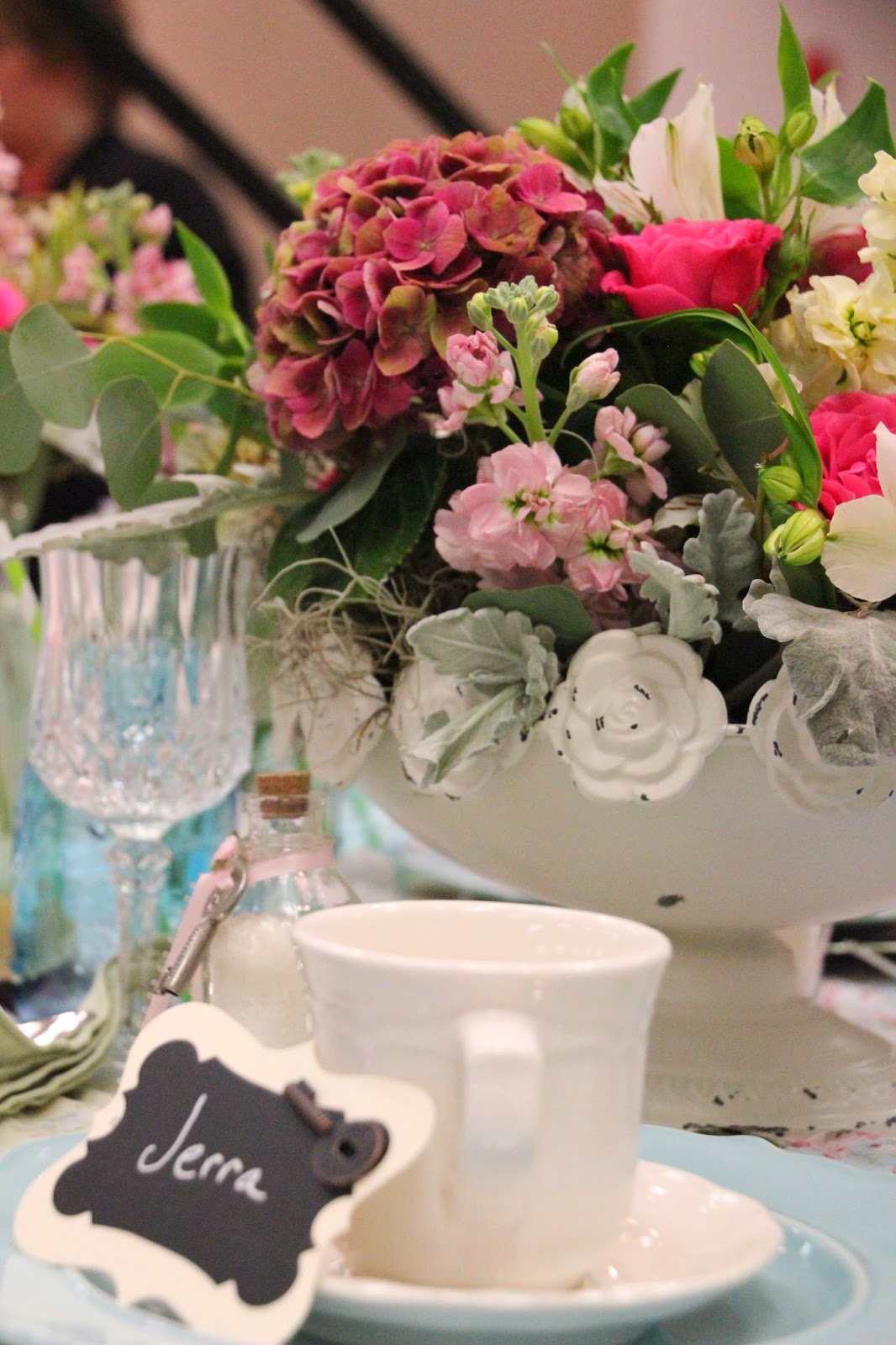 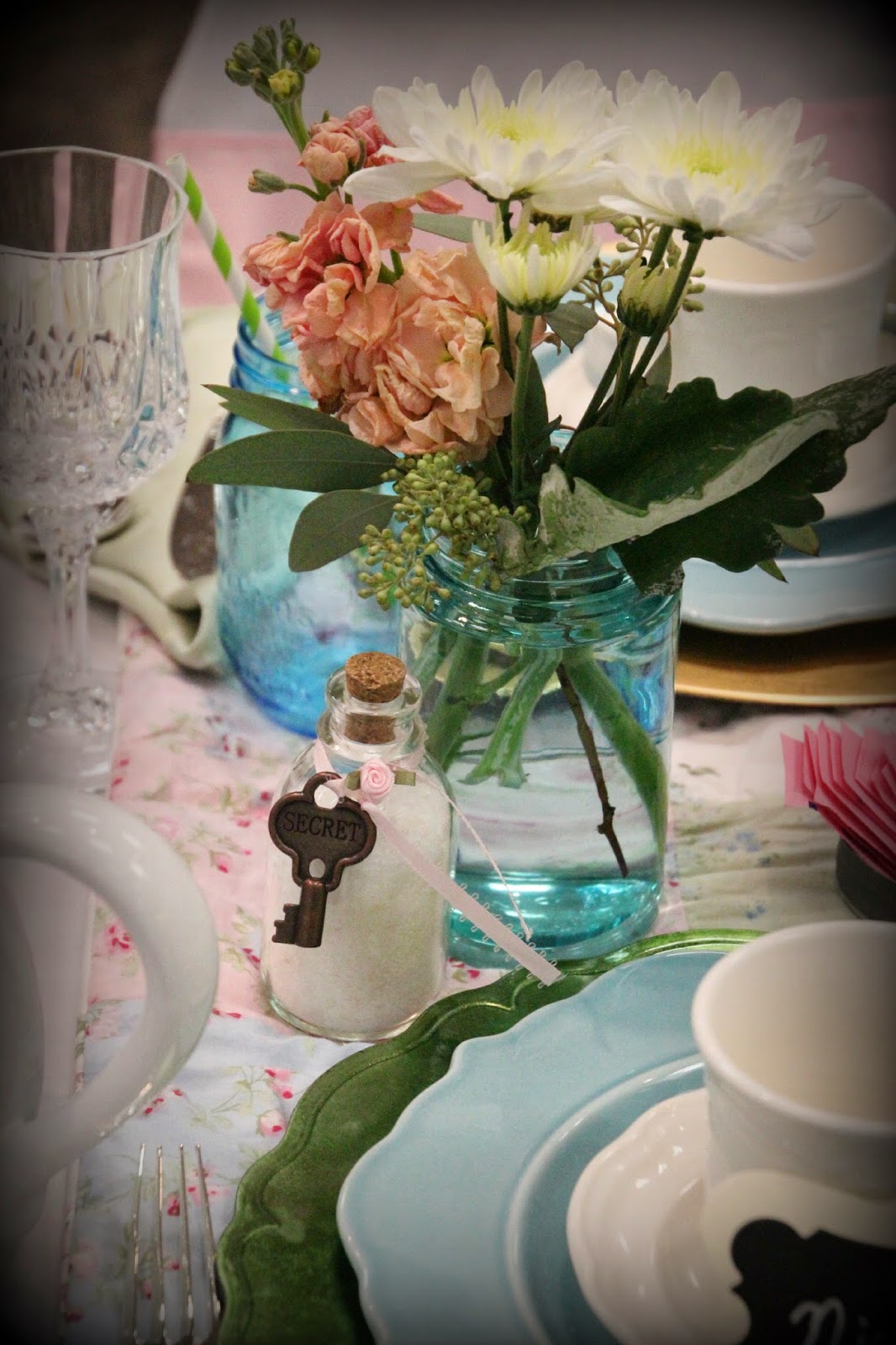 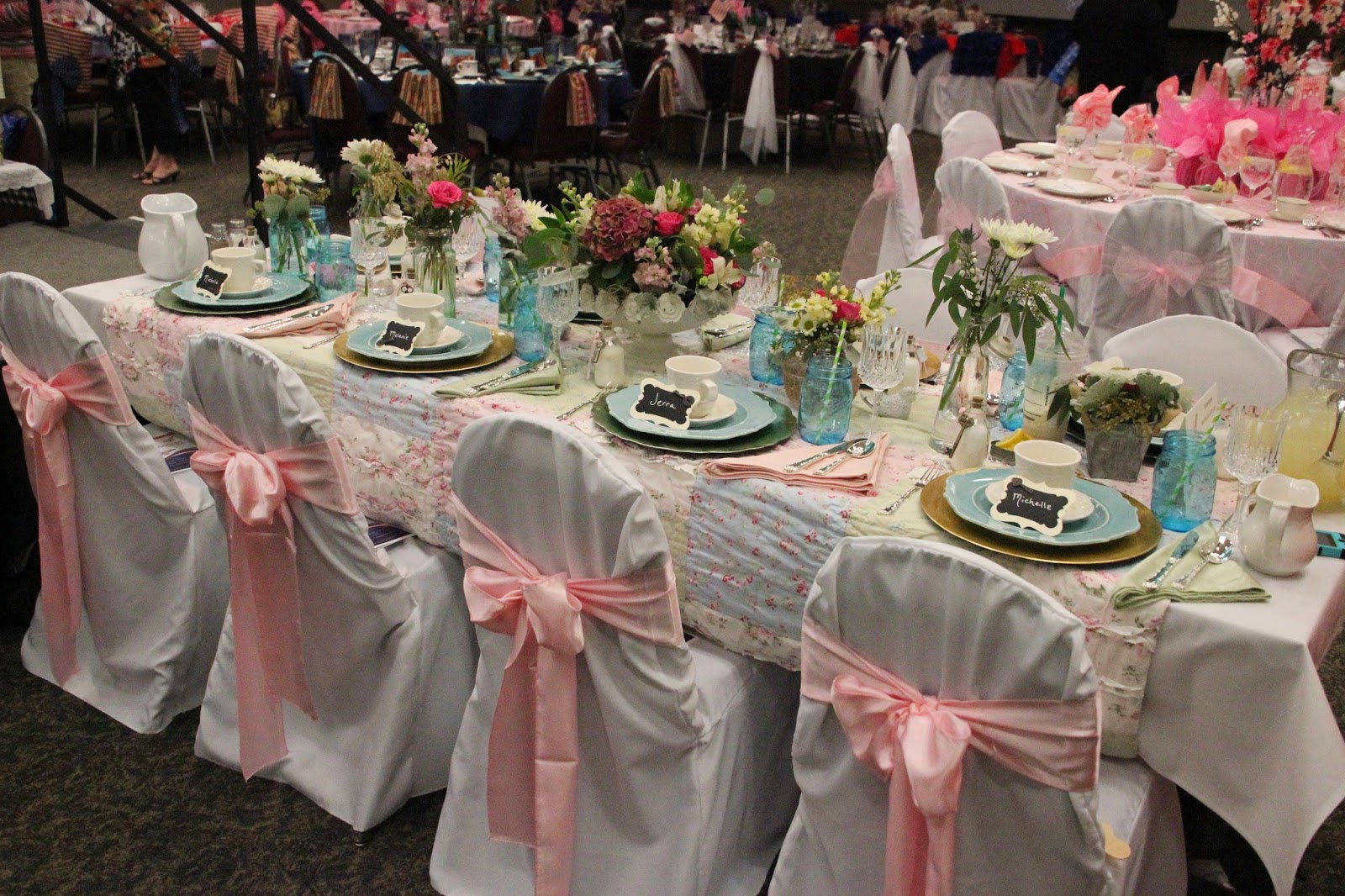 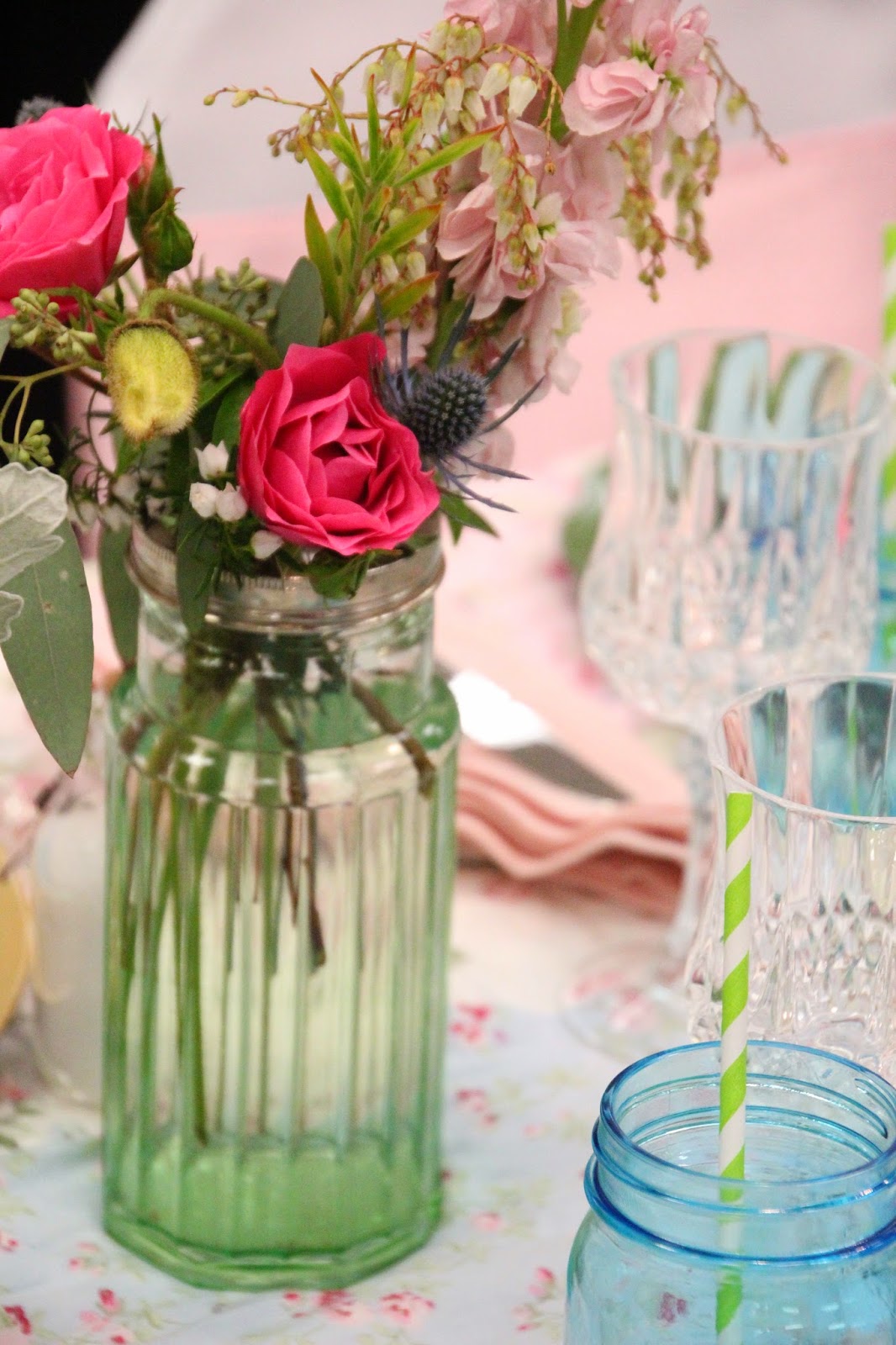 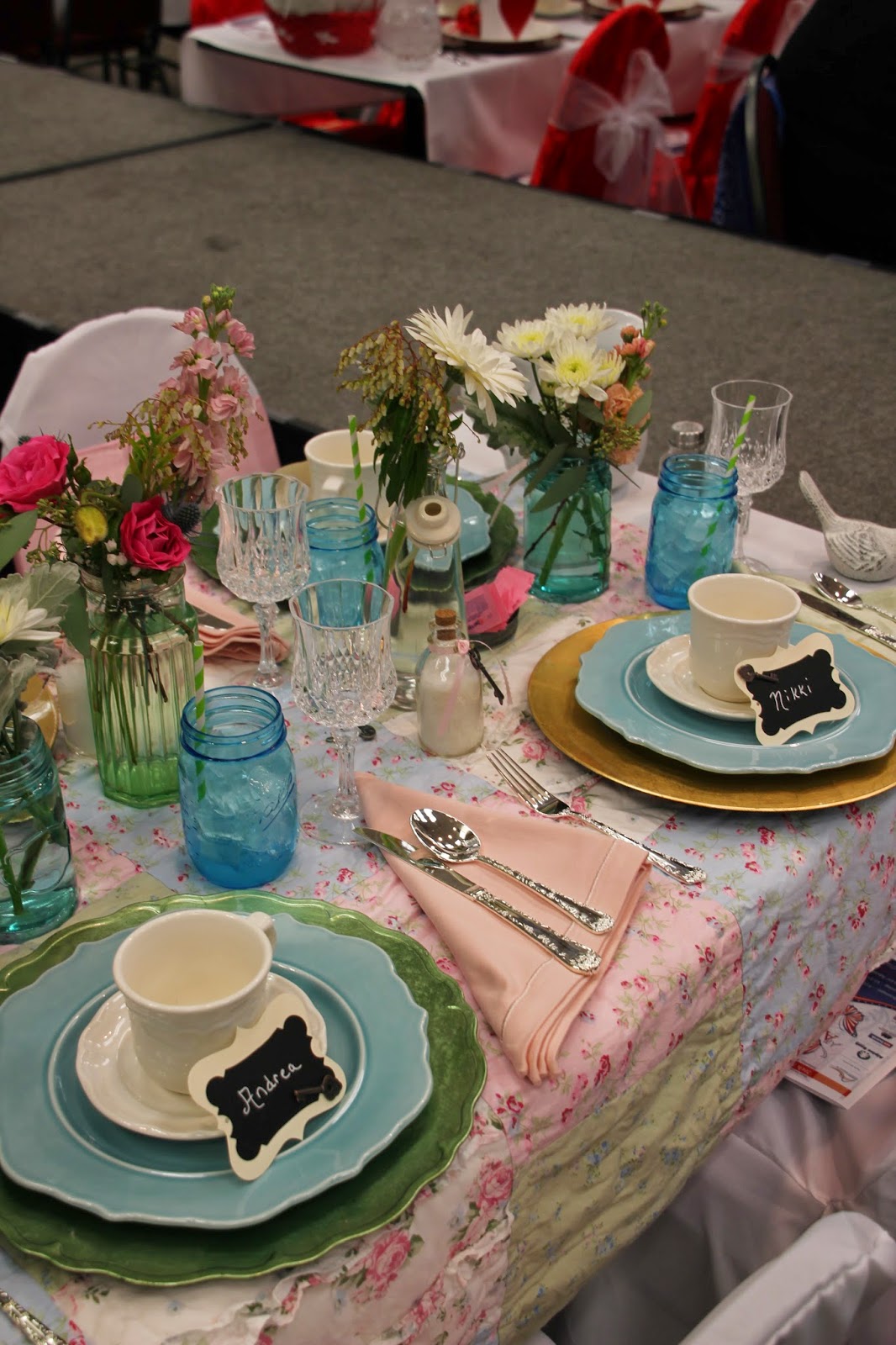 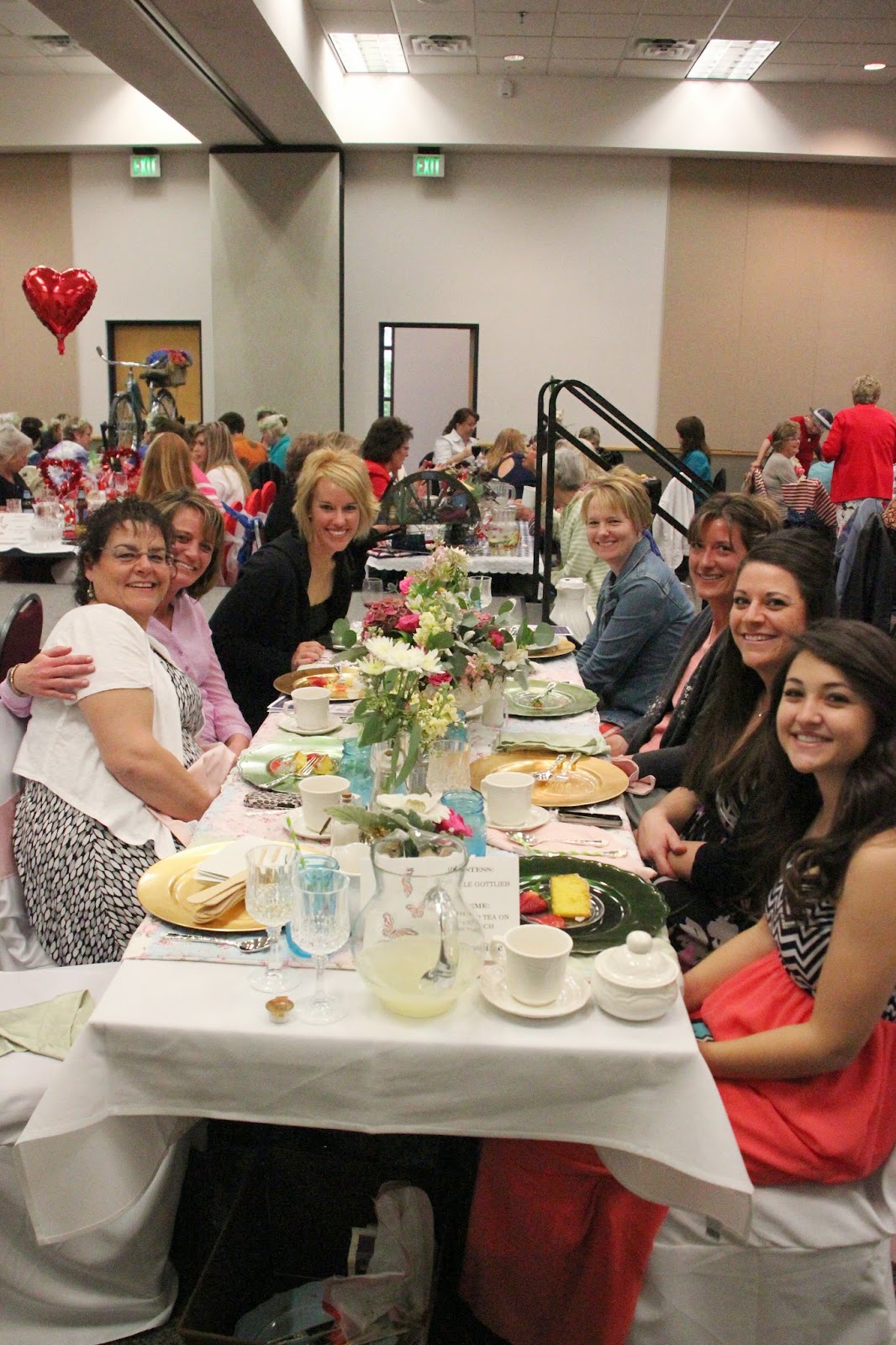 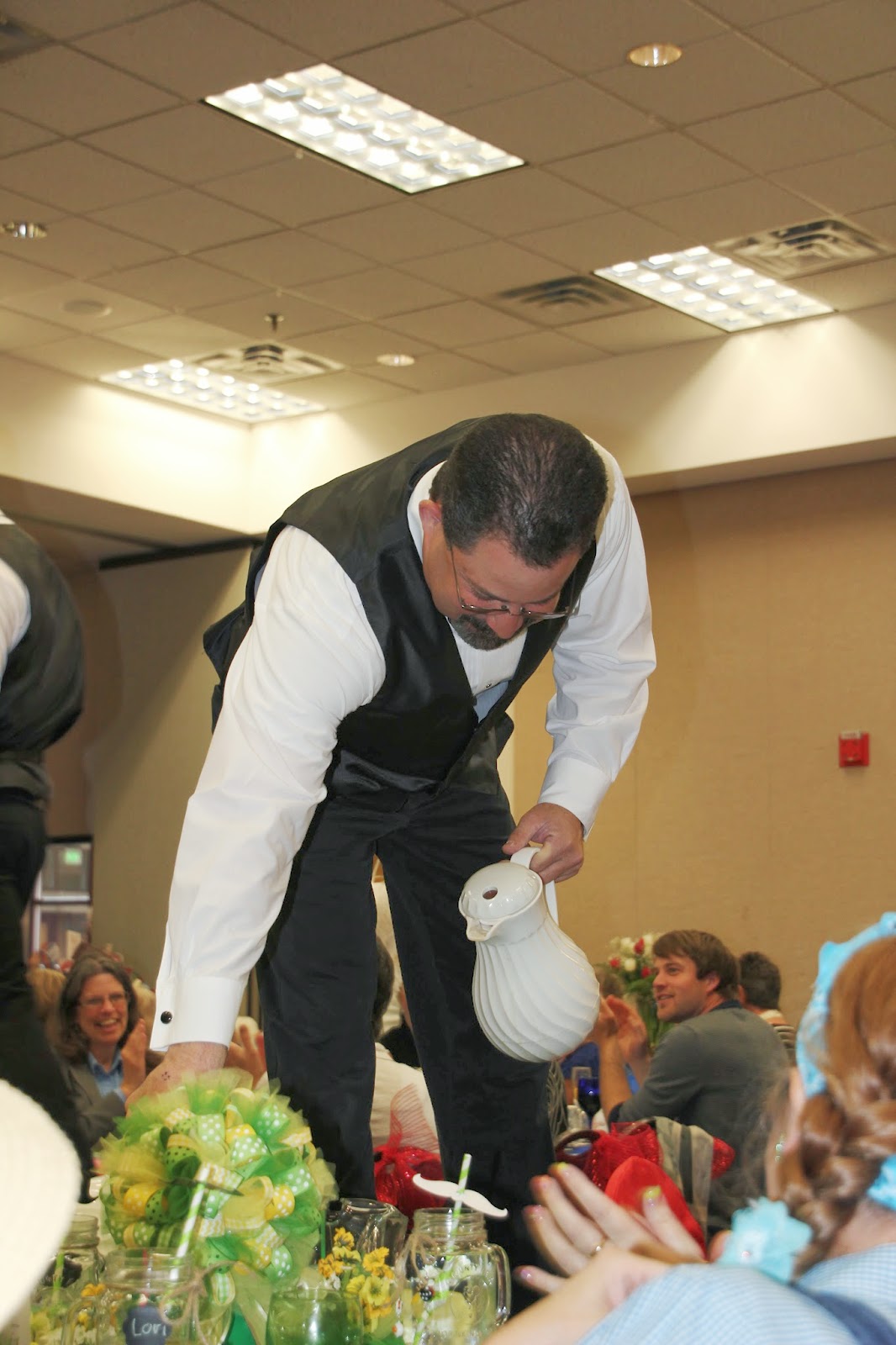 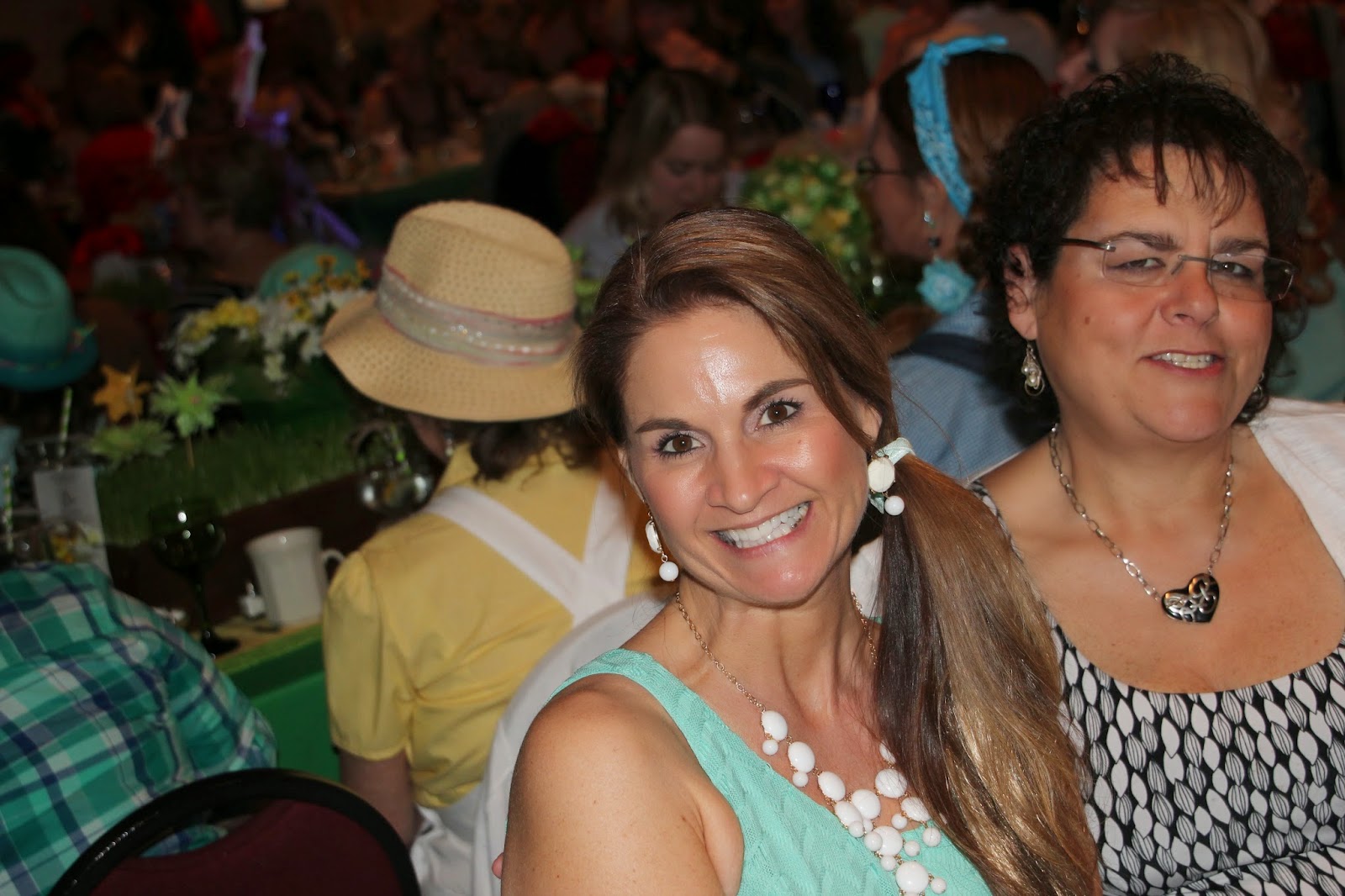 Clearly, I am biased, but; I thought my table was the best. I'll post pictures of some of the other tables in another post, though, just to be fair.
Posted by Chelle at 7:49 AM