The Apple, It Does Not Fall Far From the Tree

My parents arrived in Petticoat Junction Saturday, just in time for lunch. Since the children were more interested in taking their cousin (who is visiting with my parents since they are keeping him over his spring break) to a high school baseball game in Hooterville than in breaking bread with their elders; the Pod People and I were on our own for the meal.

Your loss, chillens! We took advantage of being child-free by dining at a Mexican place in Hooterville that specializes in authentic Mexican cuisine, including classic margaritas, of which, my father took full advantage. 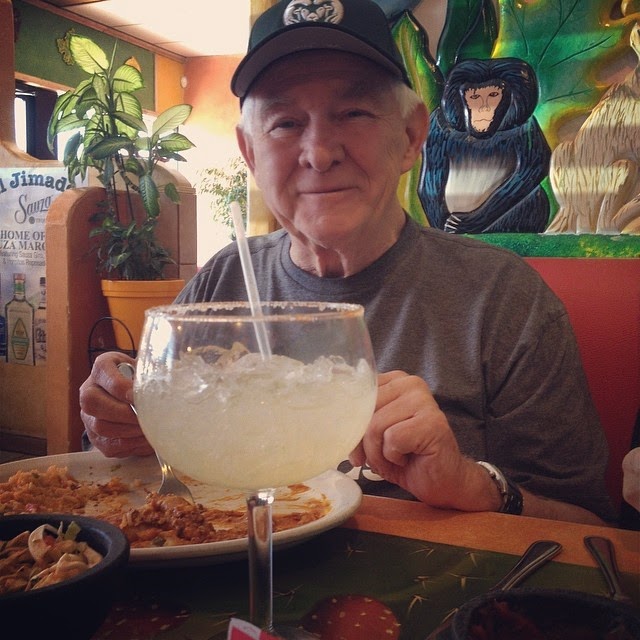 He did a fairly decent job of finishing the thing off and was mostly stable when walking to the car after the meal (mostly being the relative term, here).

Since they had already thrown caution to the wind with alcohol, the Pods decided to indulge in a bit of dessert, as well. 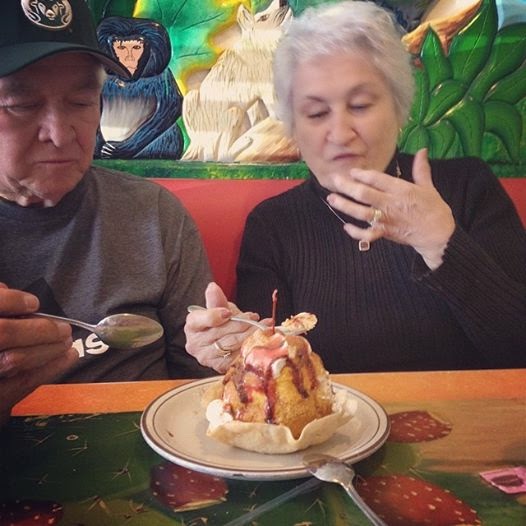 Fried ice cream is definitely not on the Lenten menu, so, I got to watch them eat the entire thing. I'm guessing that was payback for something heinous that I did to them back in my childhood-probably that time I stood in the aisle at church and urged my sister to run before my mother could spank her.

Speaking of church, my mother and I attended mass last night, so, I have managed to be faithful to my Lenten vows, thus far, despite the temptations placed before me by my parents. I am feeling quite virtuous.

Just the way the parents raised me to be.
Posted by Chelle at 4:10 PM