When Hugh started our gazebo make-over earlier this summer, we knew that we still wanted to use the space for a fire pit. Unfortunately, the existing fire pit was in sad, sad shape thanks to many years of long summer days and cold winter months; it was literally falling apart... 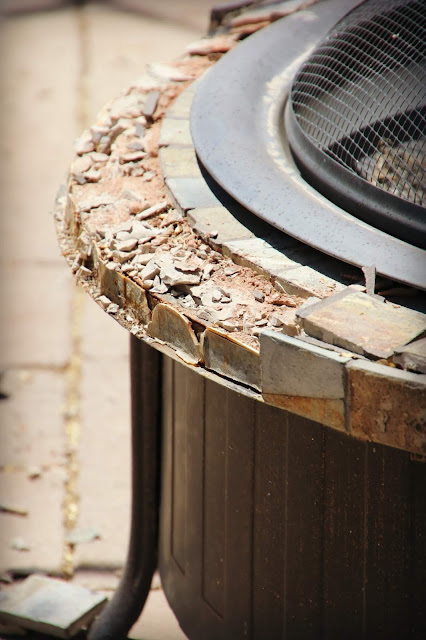 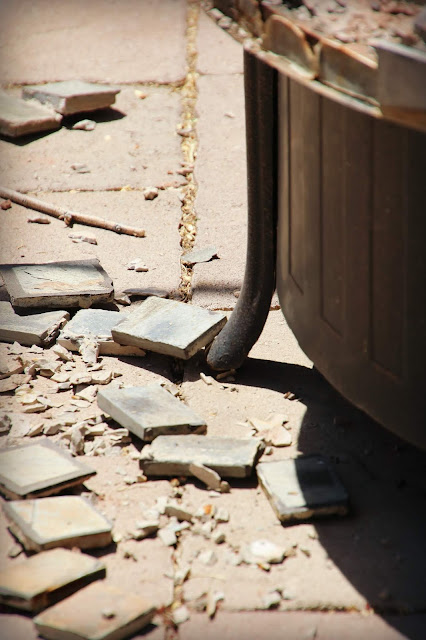 ...but, while I was all Team Get a New Fire Pit, Hugh was of a different mind; he wanted to rebuild the original. Thus began a very long process that, ultimately, ended up in a truly awesome, functional, and unique, focal point for the gazebo.

After Hugh stripped the crumbling ceramic tiles from the top of the unit, he had Mama Jill's husband weld a new metal ring for around the top of the pit. Then, he painted it a matte black. 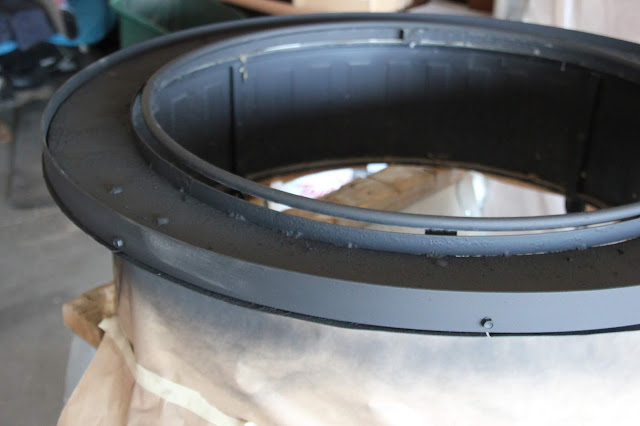 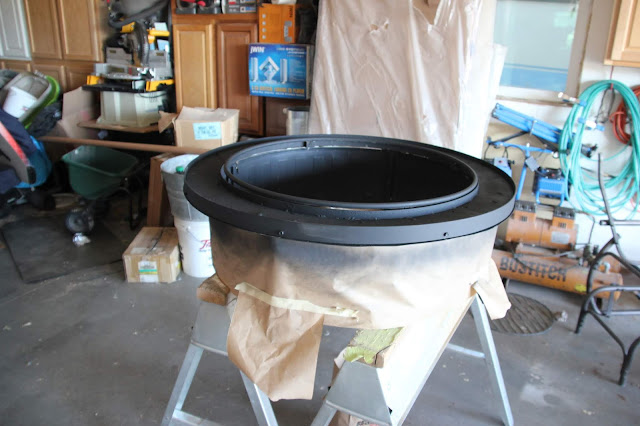 While we waited for the paint to cure, I picked up several bags of inexpensive glass marbles at the Hellmouth. 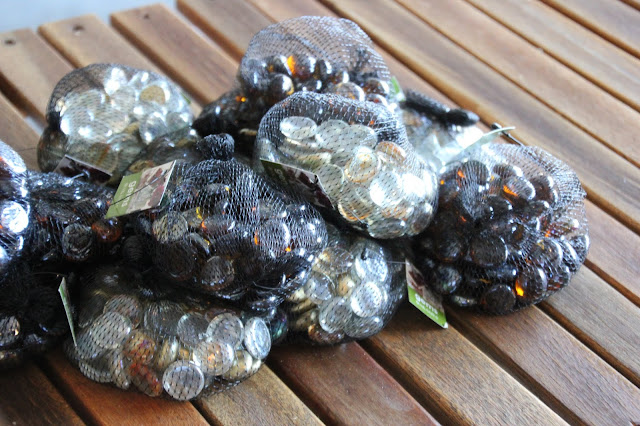 We arranged the marbles inside the interior of the metal ring... 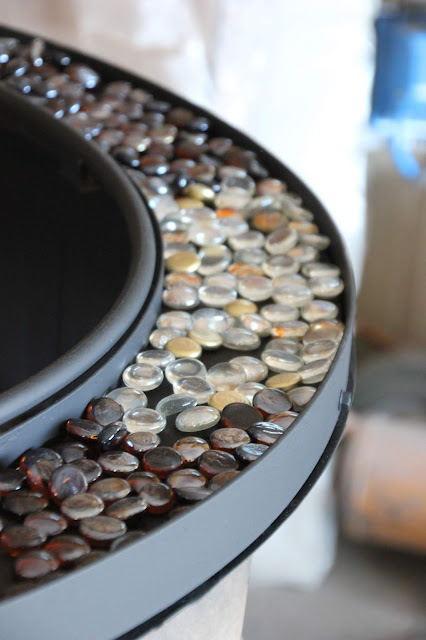 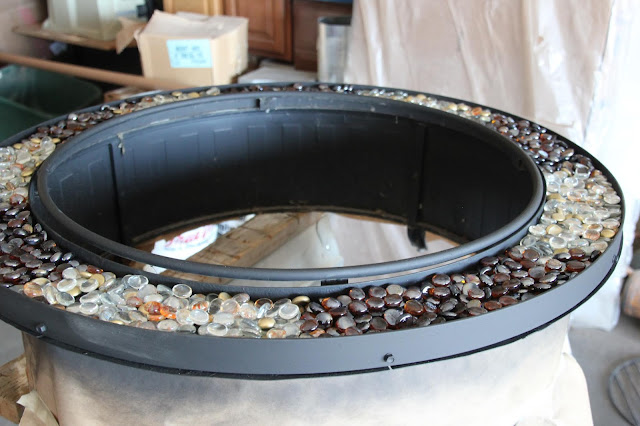 and Hugh mixed up a batch (or, three...there were issues. I don't want to talk about it) of epoxy... 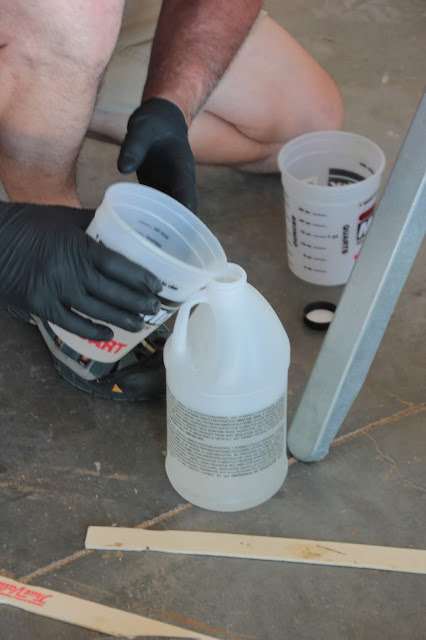 ...which he then poured over the marbles. 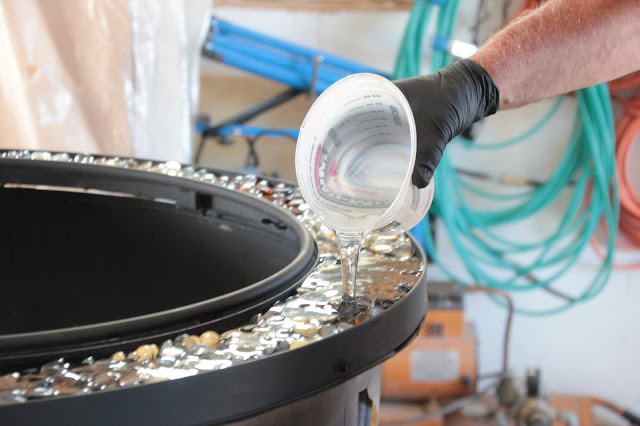 Once the epoxy set for a bit, he glassed over it with a blowtorch, which eliminated any existing air bubbles and set the surface, after which we waited for the epoxy to cure. 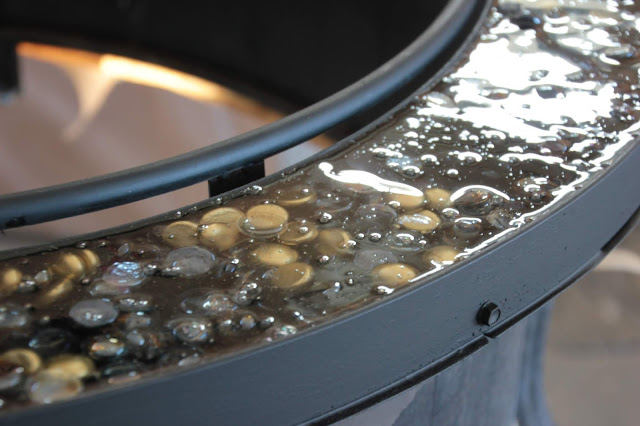 Hugh also installed a propane system into the fire pit, so, it no longer burns wood, but, is available to use at the push of a button (Mama likee). He added lava rock and some pretty glass crystals, and, it became both functional and lovely. 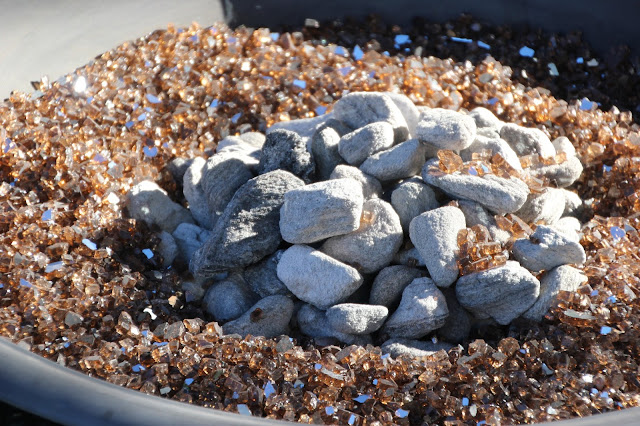 The final product is a fire pit that we can use with pride. And, it looks great under the new gazebo. 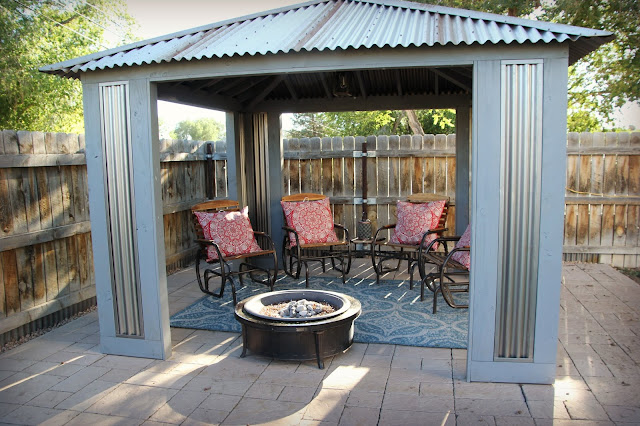 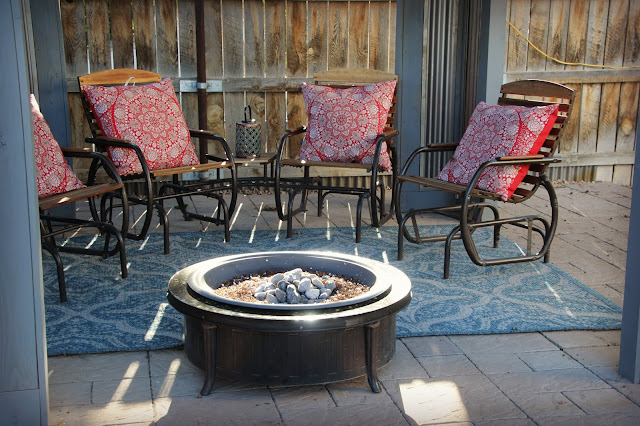 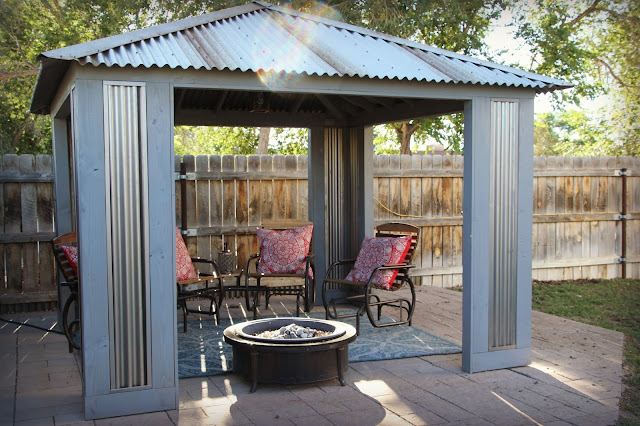 We've enjoyed several evenings under the shade of the gazebo, with drinks in hand, but, Hugh especially likes night time lounging. 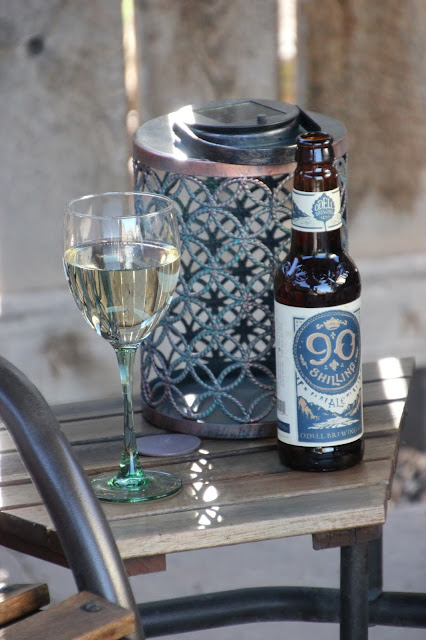 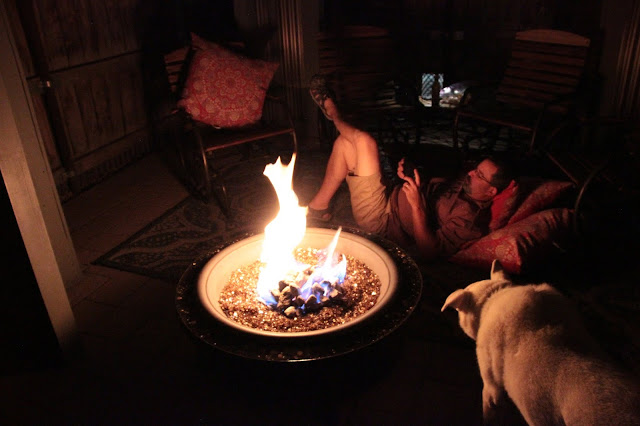 He deserves the relaxation after all that work.