Easter weekend proved just as relaxing and entertaining as I had hoped it would. Boomer and I made the drive to Mayberry Friday afternoon, and, as it was his first long trip, I gave myself plenty of time. He did great; he whined for the first twenty minutes, settled down a bit for the next twenty, and then decided he most definitely did not enjoy curvy roads, and, started whining again. The only time he calmed down was when I sang to him. Loudly, and, badly.

Apparently, there is no accounting for musical taste. 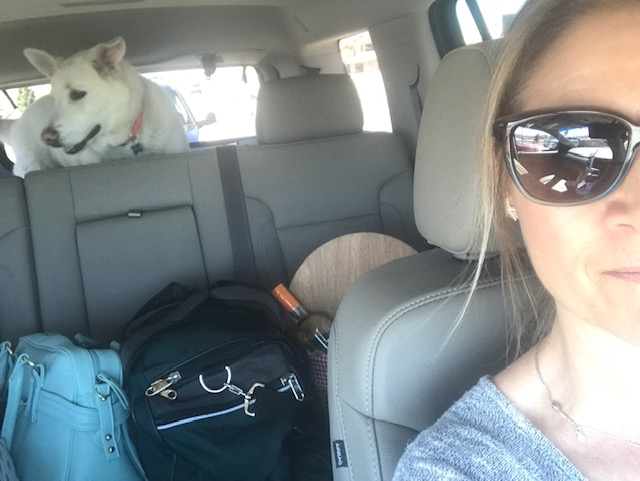 Once we got to Mayberry, I joined my mom, younger sister, and nephew for dinner at the local Chinese restaurant, where my mom appears to be a regular customer; she even has her own booth. Then, we went back to the house, where we got comfortable and cracked open a couple of bottles of wine before bed.

The following morning, I got up early so that I could get first crack at the donut selection at the local supermarket bakery. Unfortunately, "early" is relative and, by the time I got to the store, pickins' were slim. I did manage to snag the last chocolate glazed donut for my nephew, so, all was not lost.

After breakfast, we picked up my niece, affectionately known here on the blog as the Rodeo Princess, and she, mom, Barbie, and I went antiquing for a while before swinging back by the house to pick up my nephew for burgers at the bowling alley (yes, we are small town; thank you for noticing).

Hugh and Queen B arrived later in the evening and we set about dying Easter eggs, as one does on Easter Eve (they both had to work and hadn't been able to join me on Friday). 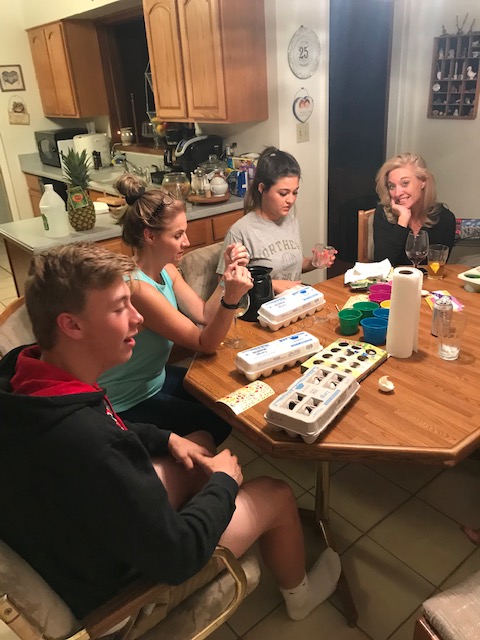 We made sure to include the Man-Cub, even though he was an ocean away... 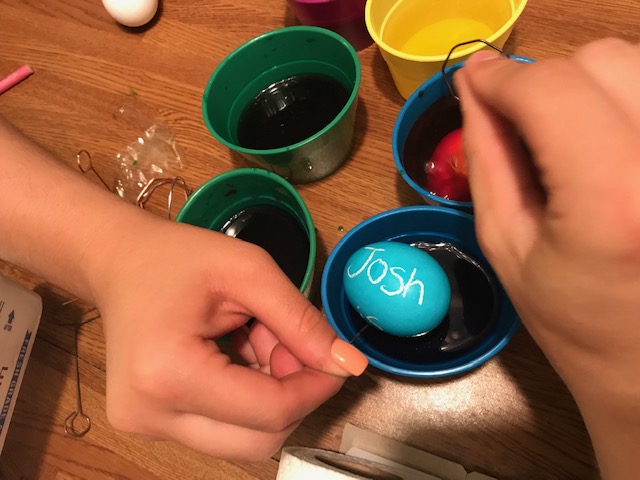 We kicked off Easter morning with mimosas... 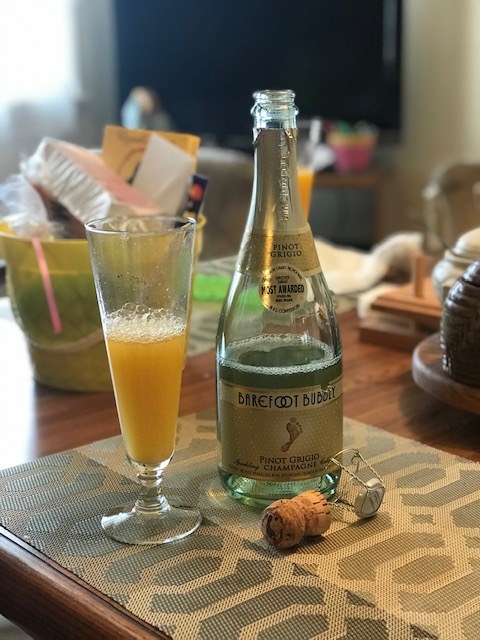 and then welcomed my other nephew, his wife, their daughter, as well as my aunt and uncle, who had traveled to Mayberry from Mount Pilot, which is seventeen miles away. We had an amazing lunch, and, poked around in our Easter baskets, which, Holy Easter Bunny, Batman! We hit the jackpot! 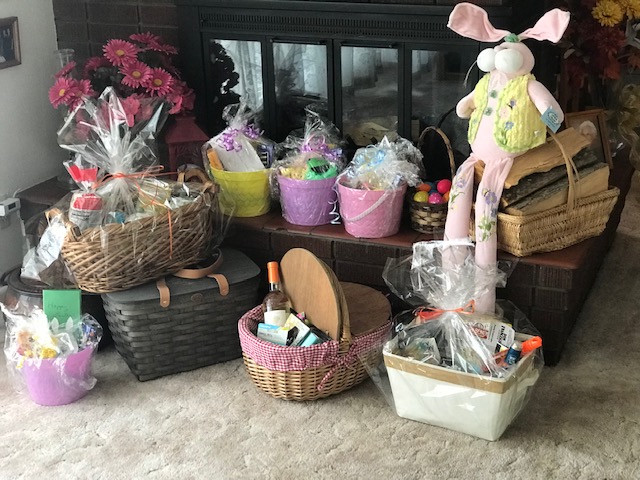 I had made Queen B a basket suited to a picnic in the park on her new bike, including a basket that she can strap to the back of Sweet Pea (her bike). She loved it. 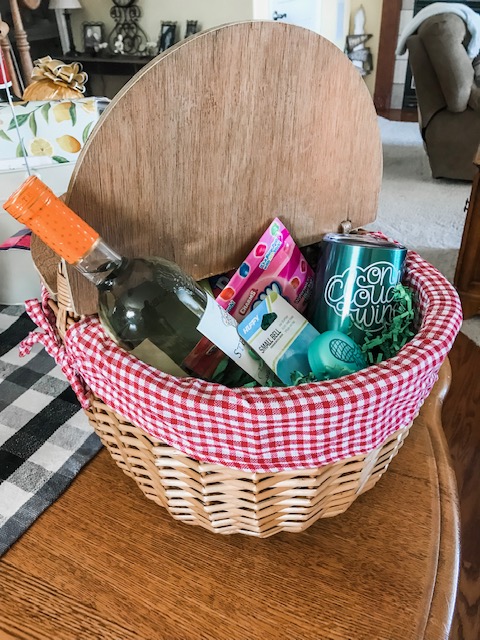 I also made Barbie a basket, featuring her favorite french macrons, a bottle of wine, and some French chocolates, among other things. 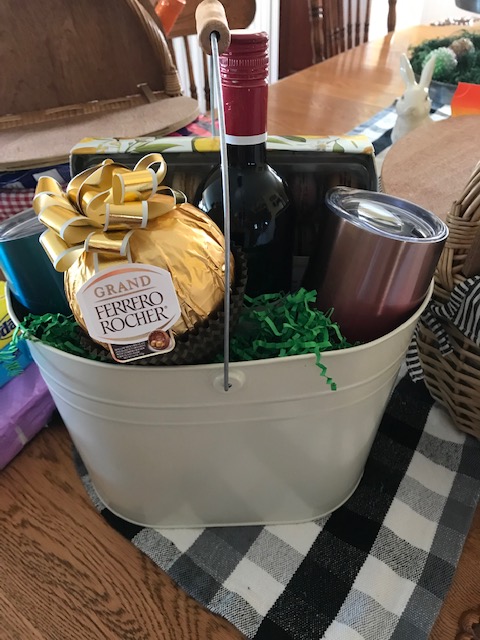 In return, Barbie made me a basket fit for a Queen! The "basket" is a large picnic hamper and she filled it full of yummy stuff, including jams and jellies, and English muffins. I loved it, of course, and, I think it's also interesting that neither of us knew what the other was doing.

After lunch, we posed for some family pictures and then loaded up the cars and headed back home. It was a quick trip, but, as always, it was well worth it. I can't think of any other way that I would rather spend Easter. 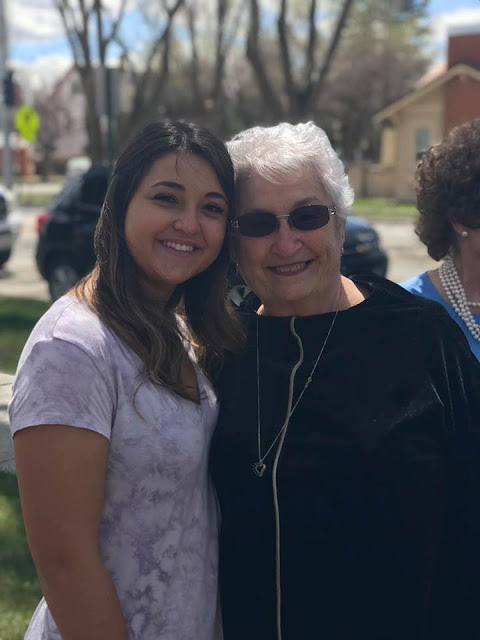 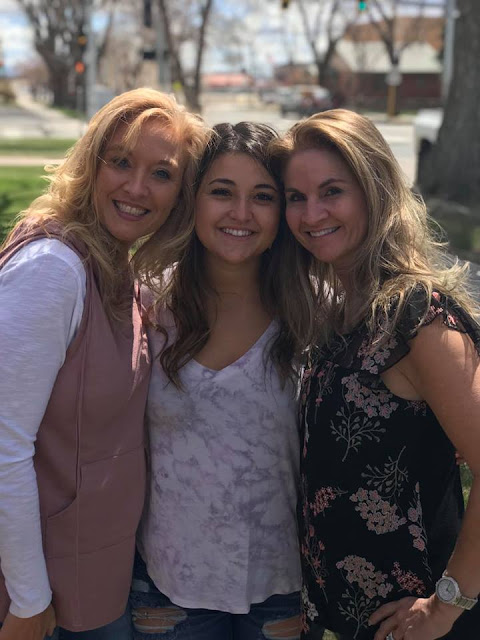 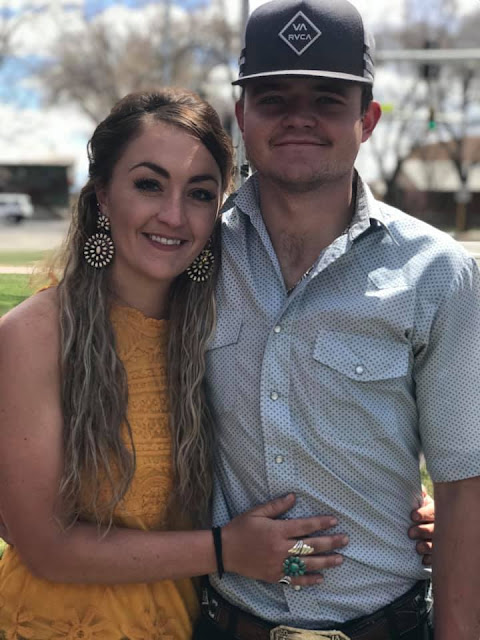 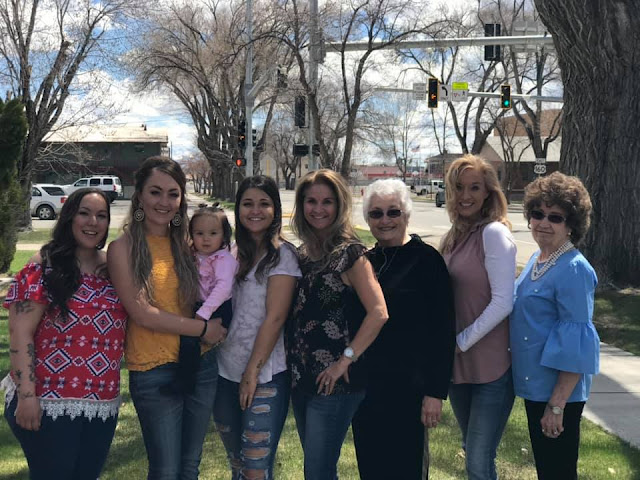 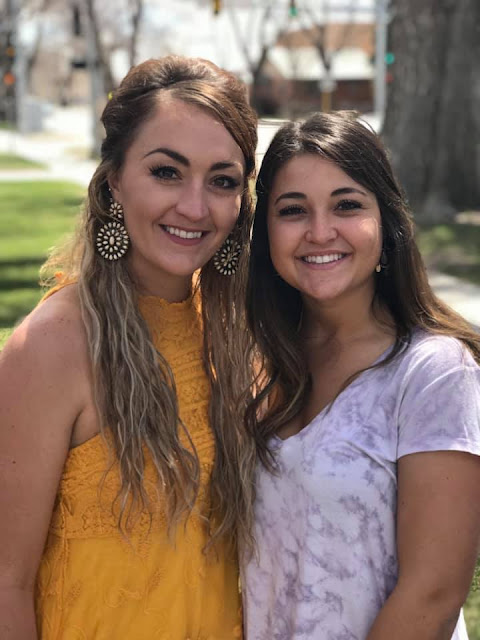 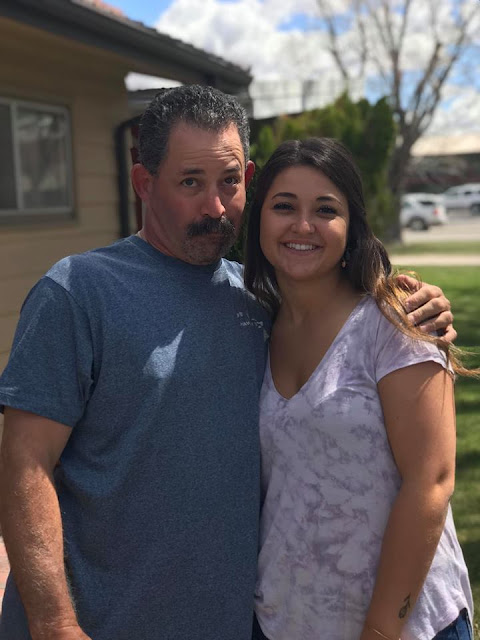 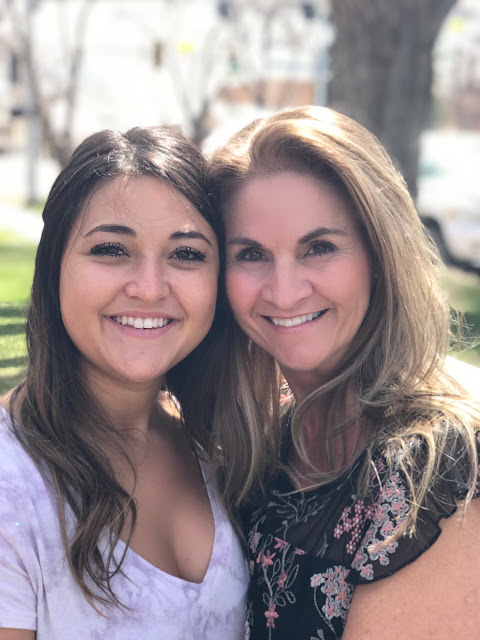