It occurs to me that I haven't done an update on the children in quite some time, and, now seems like as good a time as any to do so.

Queen B has had quite a few exciting changes in her life; for one, she got her first, as she describes it "big girl job". She's working at the mental health facility in Neighboring City. The job comes with benefits, a great starting wage, and, an actual ID badge (hence, the "big girl" status). I'm not entirely clear on what her job duties entail, but, I know she is already rocking it and I could not be more proud.

Another big change for Queen B came in the form of Katie moving out. I'll get to the changes that spurred the move for Katie a bit later in this post, but, as for now, I'll just say that, for Queen B (and, Mikey, who, bless his heart, is still living in the basement) it's an adjustment. The girls have lived together for five years, so, it really is a huge change. Queen B is looking for another roommate, and, while she knows that it is an opportunity for growth, she's also going to miss having her bestie right next door.

The Man-Cub is rocking the college life. He recently got a job washing dishes in a restaurant that a friend also works at, and, while he is digging the paycheck, he's not completely enamored of the actual "work" part. Not because he dislikes washing dishes, but, because his schedule keeps him out late, which makes it hard for him to fall asleep at night, which makes it hard to get up in the morning. In short, he's adulting and adulting often sucks. It's great practice for the Real World that awaits him following graduation. And, as always, I am ridiculously proud of him.

The Cub is also looking at a change in address; he'll be moving out of his current house and in with some friends at semester break.

And, that brings me back to Katie, who, officially moved out yesterday (she's been planning the move for several weeks now, which gave both girls some time and opportunity to wrap their brains around the change). Katie got a new job at the hospital in Hooterville, so, to spare her having to commute two hours of the day, she is moving in with her older sister and her husband. I'm as proud of her as I am of my biological kids, and, I know she's going to do a great job in her new position.

So. My kids are growing up. They're facing a lot of change and they are dealing with it maturely and with grace. I could not ask for better than that. After all, they'll be responsible for picking out our old folk's home someday. 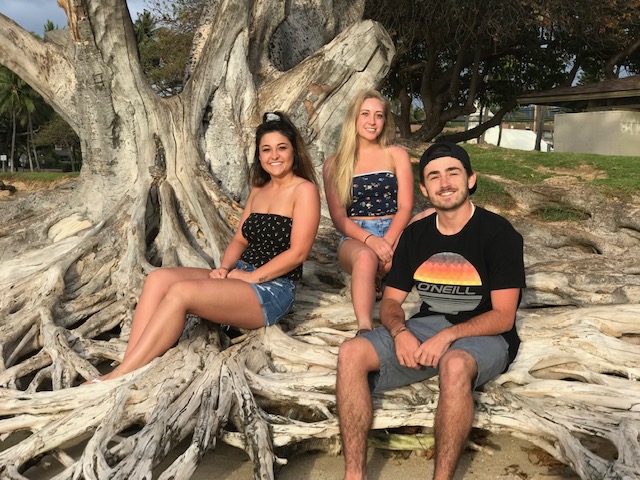