We held a private memorial service for Mom's late dog, Roper this past weekend. His ashes were interred next to Dad's in the cemetery in Mayberry and we are all happy to think that they are together again. 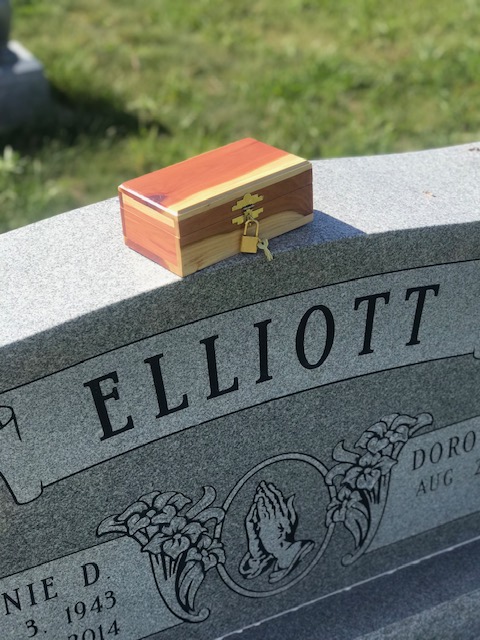 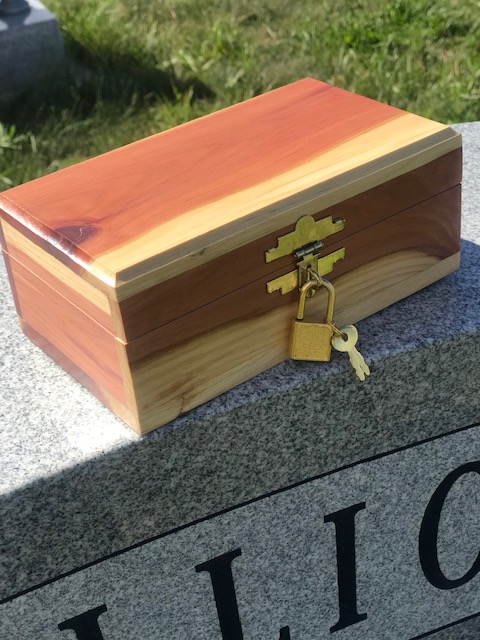 Is burying a dog in the cemetery allowed? Probably not. Did we ask anyone? Nope. We just grabbed one of Dad's old shovels and axe and got to work (the ground was incredibly hard, hence the need for the axe, to break up the soil). 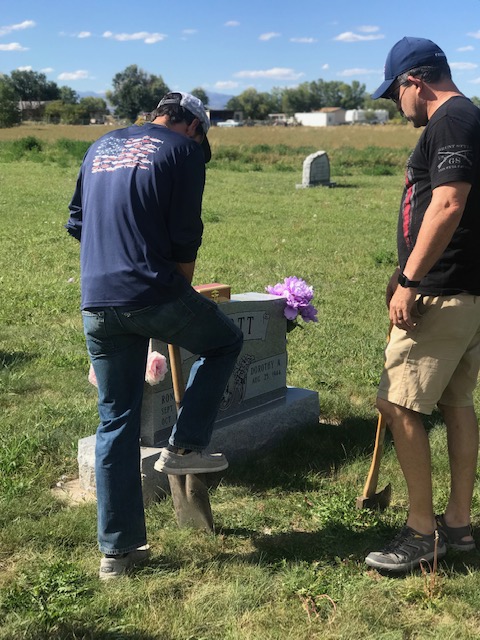 It took some doing, but Hugh and the Cub eventually carved out a hole wide and deep enough to shelter the box containing Roper's ashes. 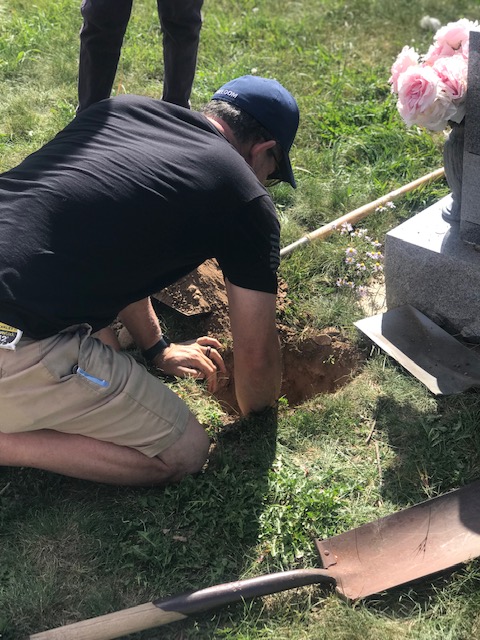 Then Mom did the honors; settling Roper in to his final resting place. 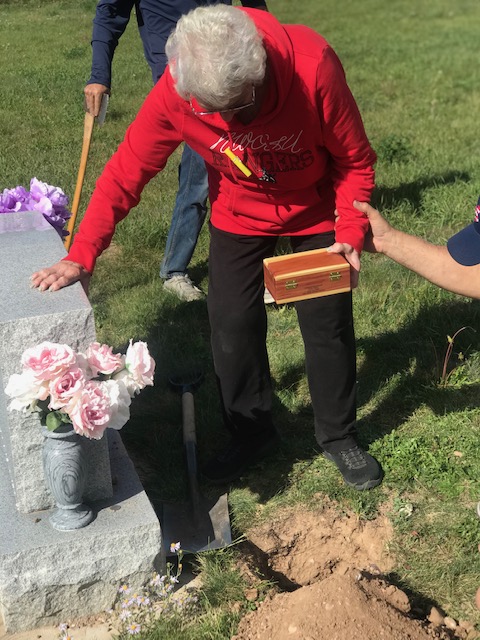 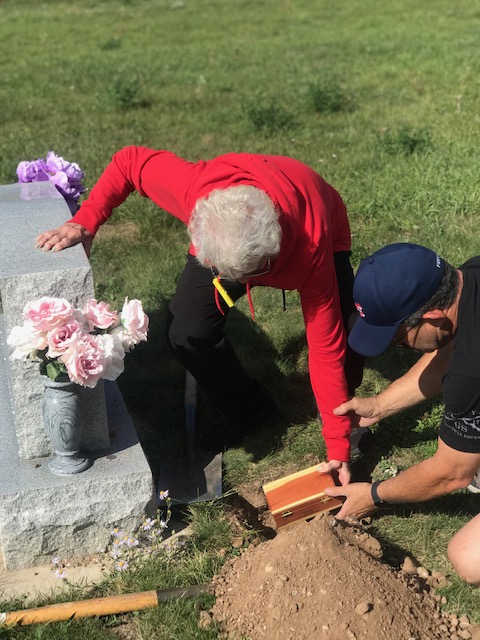 We said a little prayer and Mom tossed in the first handful of dirt, then Hugh covered the hole, replaced the small square of turf that he had removed prior to digging the hole, and viola! No one outside of the family will be the wiser. 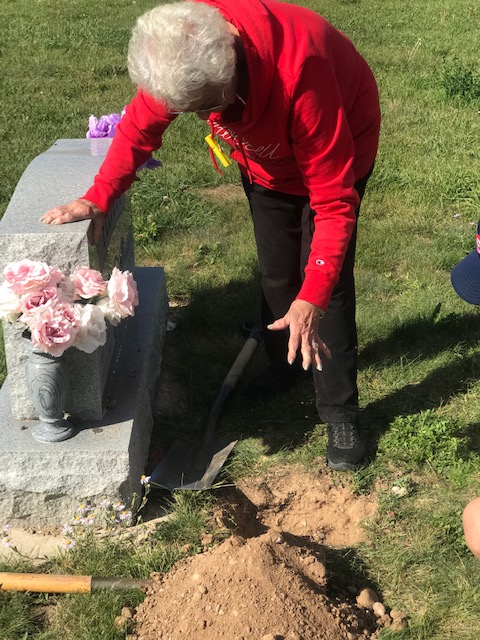 I think this small ceremony helped to settle any nerves that Mom is experiencing about the move; it was her final obligation to both Roper and his Master. I'm glad we were able to participate.
On the topics of burials; Hugh and Mom also buried our old statue of Saint Joseph in the backyard of the house in Mayberry. Hugh and I originally purchased the statue back in 1998, when we were selling our house in Mount Pilot. In keeping with the Catholic tradition, we had the statue blessed by our Parish priest, buried it, said a prayer, and trusted in St. Joseph to help us sell the house. We had an offer within days.
You may think it's just a silly superstition, but I have faith that it will work for Mom, too. Time will tell.