Pickin' at the Pea was back again this weekend. Unfortunately, my usual Pickin' pals (The Newlyweds) were out of town. What's a girl to do? Invite her husband! Hugh was game for the challenge, especially when I threw out the promise of Mennonite donuts.

We left the house bright and early Saturday morning, stopping at the iconic road signs along the way. It was at this point that Hugh grew somewhat skeptical; what in the world had he gotten himself into? 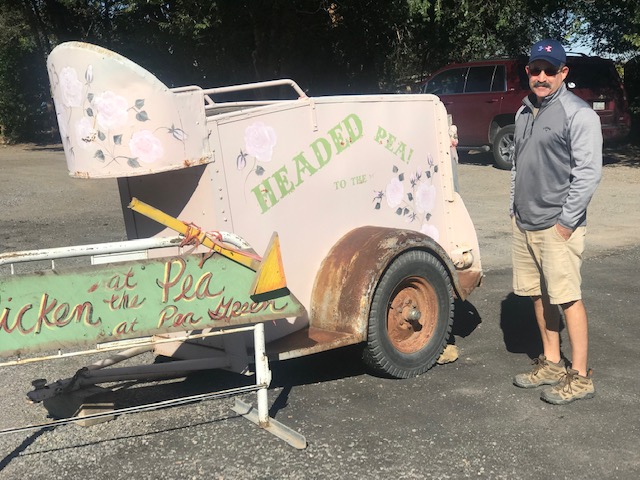 We hit the donuts first; just to reassure him that he had made a wise choice. 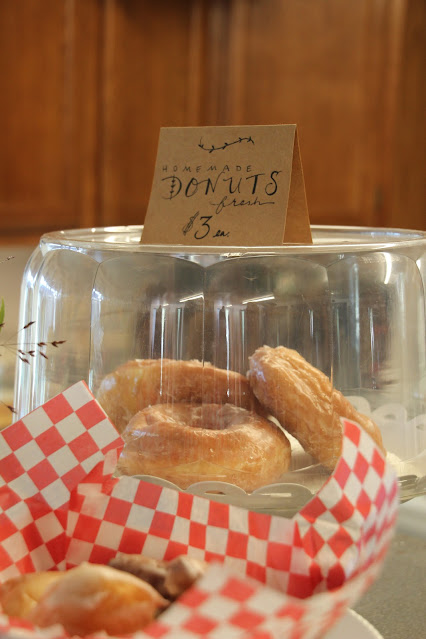 Then we spent the next hour walking from vendor booth to vendor booth, taking in all the crazy displays. While there was no discernable theme this year, there were plenty of little nods to Queen Elizabeth, which Kristi would have loved. I took plenty of pictures to share with her because I know how devastated she has been at the passing of the Queen. And, you know, to rub in the fact that she was missing it since she chose to go to Tennessee to see her brother rather than going to Pickin' with me.
I'm sweet like that. 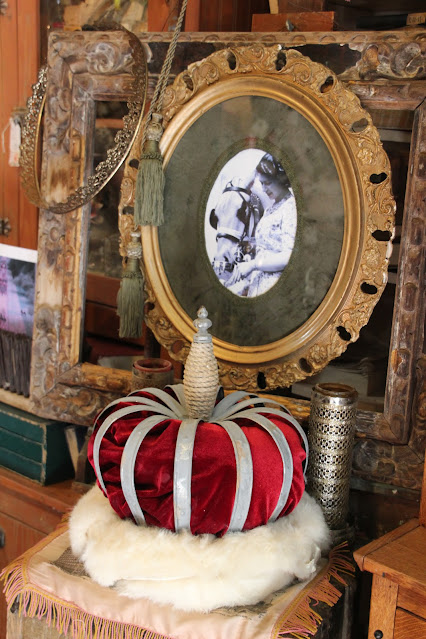 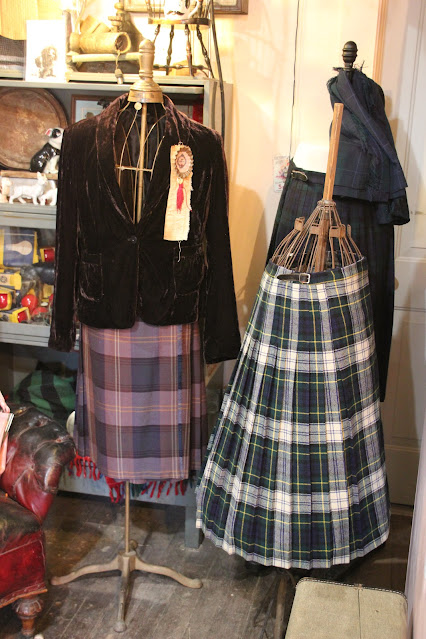 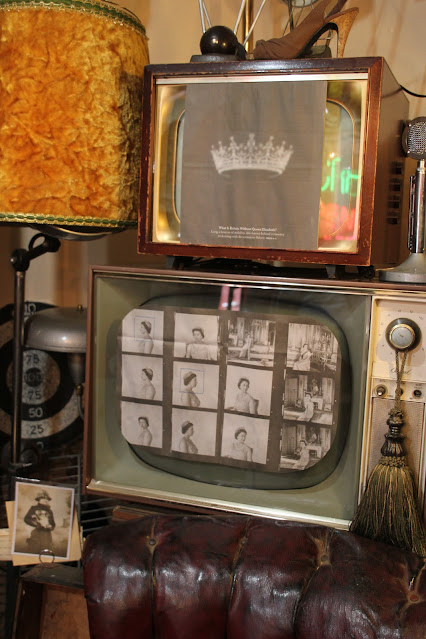 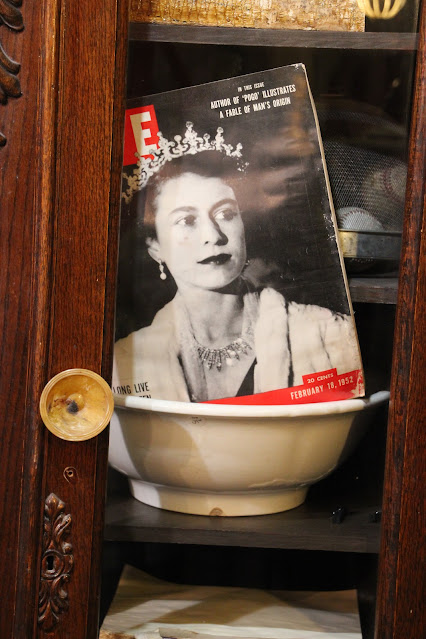 Hugh was uninterested in the Queen-focused memorabilia, but he was completely intrigued by the slow drip coffee and the plethora of antique toys. And, by antique, I mean from our childhood.
Throw up. In my mouth. 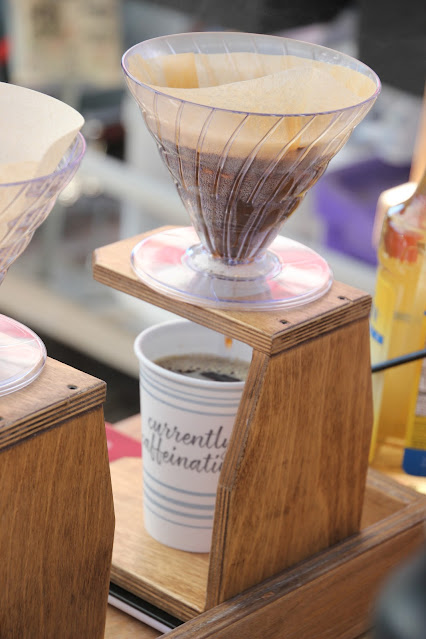 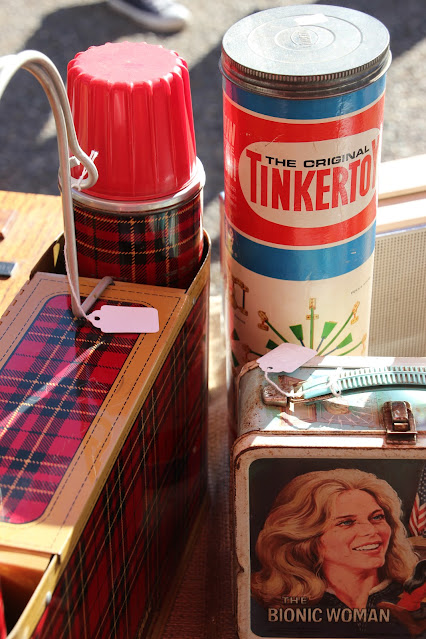 It was at this point that I reminded Hugh that his Bionic Man doll still resides somewhere in our attic, alongside my Bionic Woman doll. That's how you know we were meant for each other.
Once I was satisfied that we had seen all there was to see, I rewarded Hugh with a basket of donut holes for the road. He deserved them; he was a good sport and pretty good company (don't tell The Newlyweds). 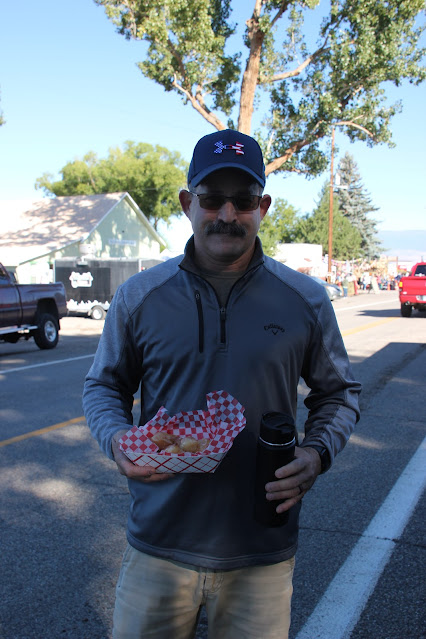 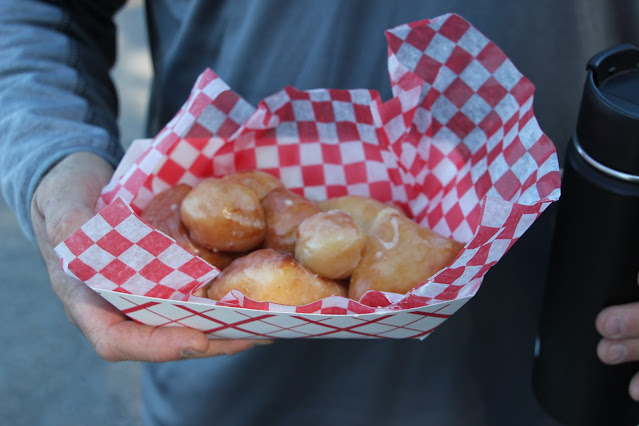 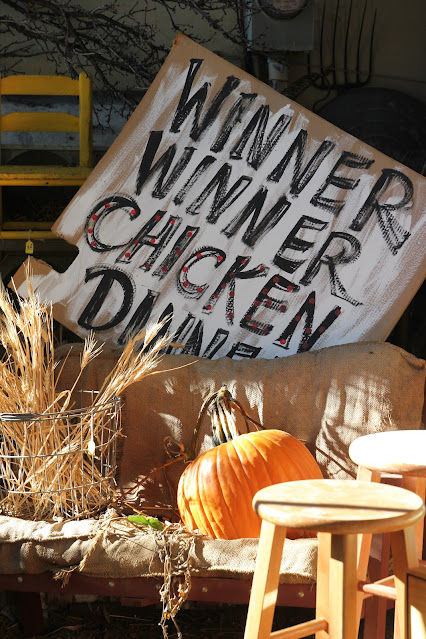