At least we had a nice weekend, although; it feels like we spent most of it at the school. Oh, wait, we did.

Friday evening, The Teenager asked me to take pictures of the volleyball team's first Team Building Activity; an hour (or two) of slip n' sliding on the quad. I'm not sure what volleyball skills can be garnered from sliding across a soapy sheet of industrial plastic but, the girls didn't seem to mind. 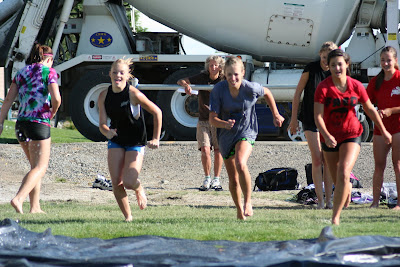 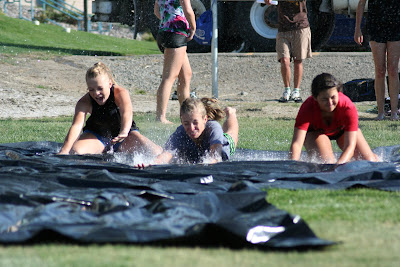 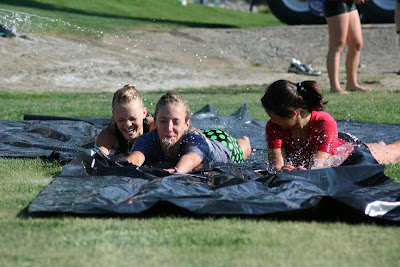 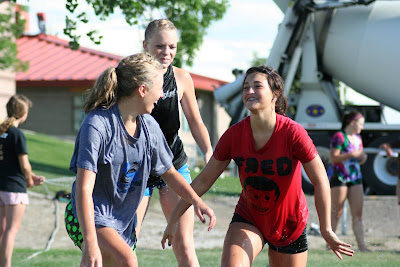 You would think that the girls would have had their fill of soapy water at that point but, that didn't excuse them from showing up for the carwash fundraiser on Saturday. 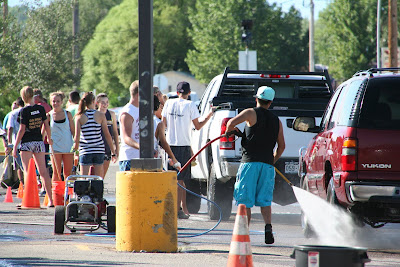 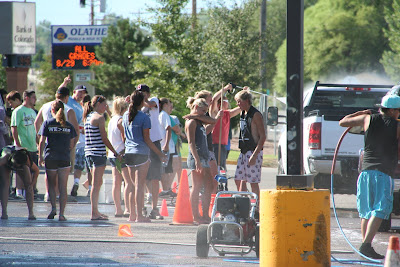 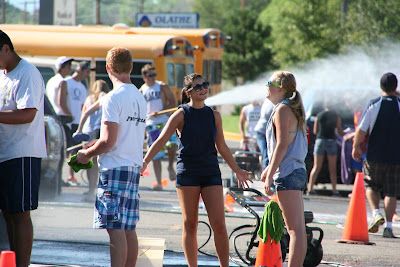 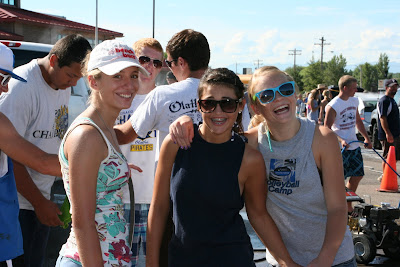 Between the volleyball and football teams, over two hundred cars were washed (I'm guesstimating but, based on the lines that backed up for blocks the entire day; it's an educated guess) and a great deal of money was raised. It goes without saying; the kids had a good time.

While The Teenager was busy scrubbing the inside of door panels (her appointed duty at the carwash), Hugh, the Man-Cub and I made the pilgrimage to the hot dog-lover's Mothership. 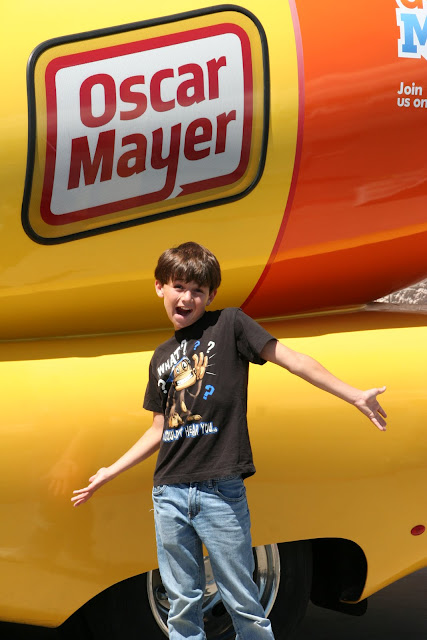 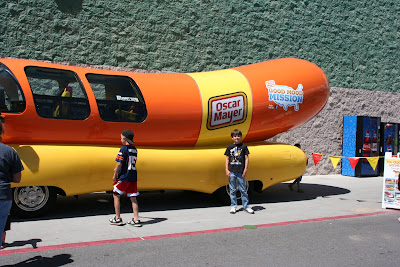 Sunday, the kids and I headed to Neighboring City for school-clothes shopping where we made out like bandits because, and I did not know this but; there are amazing deals to be had when one waits until the absolute last minute to purchase school clothes. All those years that I spent shopping well in advance of the first day of school seem so foolish to me now. Oh well. The kids both came away completely outfitted with clothing from Aeropostale and Hollister and I didn't spend over $200.

They both looked pretty awesome when I dropped them off this morning. 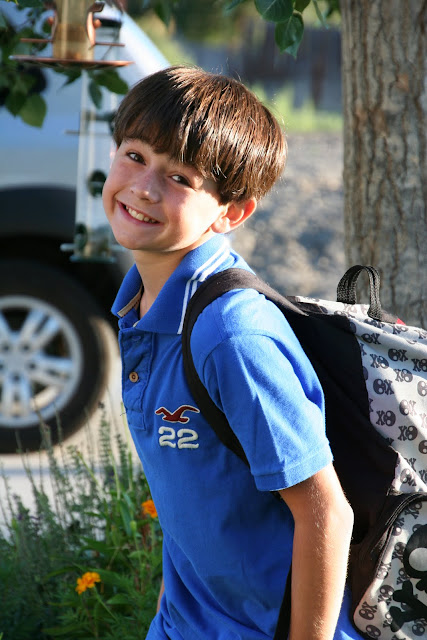 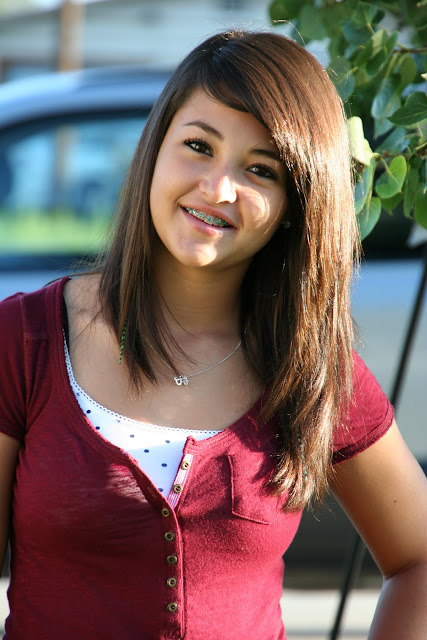 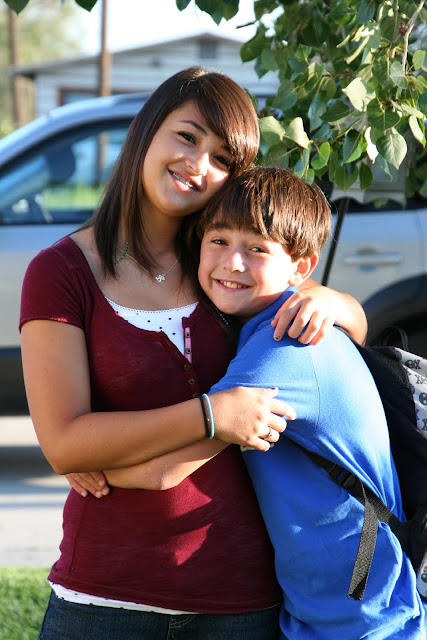 Not quite awesome enough to take the sting out of having to sit behind an idiot in the drop-off lane but, we can't have it all, I suppose.