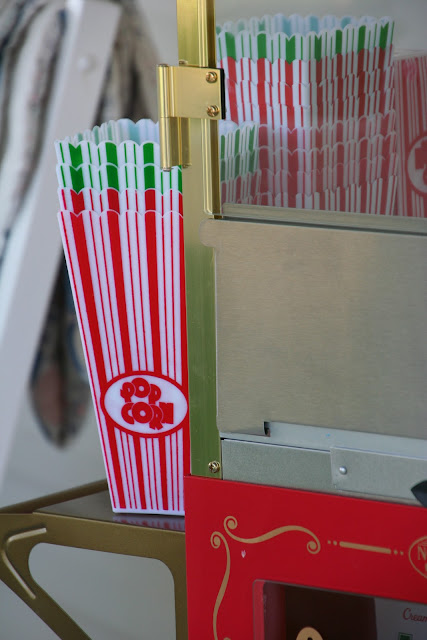 You know I'm having a good time at an event when I forget to take pictures and, judging by the dismal number of pictures from last night's Porch Night; I had a really good time.

I credit Hugh with making the event a success; he spent hours on Monday night setting up the screen (a white sheet hung on the wall, although, we have now decided that an actual screen might be a wise investment for future movie nights), suspending the projector from the ceiling and running wires for the surround sound system as well as putting the finishing touches on the nostalgic popcorn cart that I bought especially for the event (but that I swear we will use at the hardware store to make the purchase seem slightly less ridiculous) and rigging up a system of blackout curtains to eliminate the light from the streetlamps from diminishing our enjoyment of the movie. 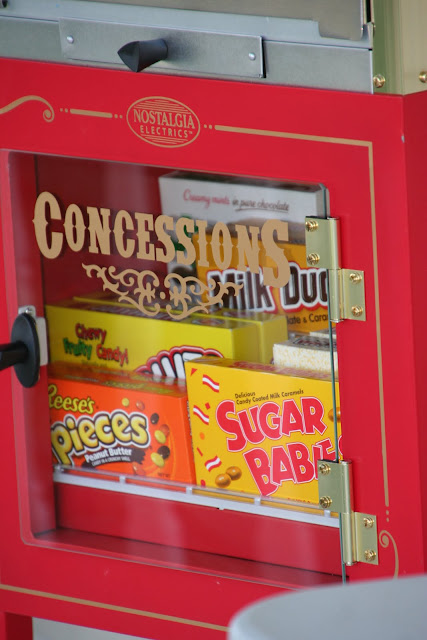 And, you know, there aren't many husbands who will go to such great lengths to make a party successful for their families so I'm pretty grateful for his efforts. Also, I see a lot of cucumber salad-making in my future, among, you know, other things. Just to show my appreciation, obviously.

But, back to last night; just under twenty people gathered on the porch for burgers, hot dogs and a viewing of Soul Surfer which I chose because it seemed like a safe bet (given Hugh's and my recent track records for choosing absolutely stellar movies to view with our children, you can bet your ass I consulted with Jana on the appropriateness of the movie selection. She gave the movie a solid thumbs up). We also popped popcorn in the above-mentioned popcorn cart as well as munching on movie candy, candy that no one was required to pay an exorbitant amount of money for the privilege of eating. 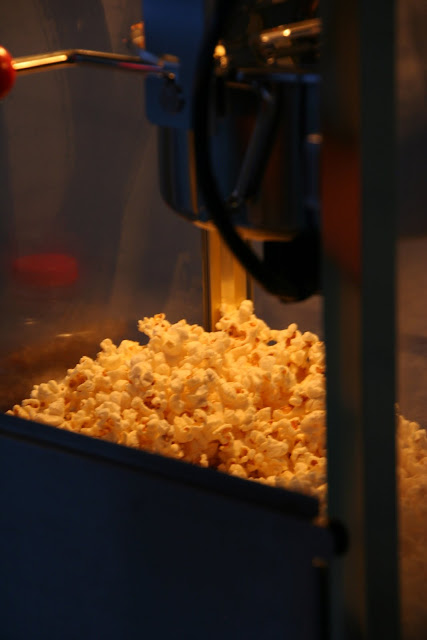 It was a good night and a fun way to celebrate the end of summer despite the fact that none of us particularly wants the summer to end. But, heyyyy...maybe Hugh can rig up some sort of heating system for the porch and we can have movie nights year-round.

I should probably get him crackin' on that. In which case, I'm going to need a lot more cucumbers.
Posted by Chelle at 7:53 AM