I feel like I have accomplished a lot so far this weekend; I still have a lot left to do, but, I am going to hold on to that feeling of acomplishment with every ounce of strength that I have left.

For the record? It's probably less than an ounce, but, who's counting, right?

Friday morning I reported to work, ready to put in four hard hours at my desk. Luckily for me, my office mate was there to remind me that we had an out-of-office training, otherwise, I would have missed it, completely. I'm smart like that.

After work, I took Guinness to the new vet to see why his eye was so irritated and why he was squeaking and wheezing more than usual. As an aside, when you have a cat that is normally quite squeaky and wheezy; it's really hard to tell when he is squeakier than normal. The ookey eye was the dead giveaway.

Anyway, the new vet diagnosed an upper respiratory tract infection and she gave me the option of twice-a-day oral antibiotics that I would have to chase Guinn down for, or, a long-lasting antibiotic shot that she could administer right that second with no need for me to further traumatize a cat who has been, let's face it, rather slow to socialize.

And, today, Guinness is running around like a mad man, chasing Finnigan, and, rolling onto his back at our feet, begging for a belly tickle.

Door Number 2 was the clear winner.

Saturday morning we were up before the sun to see The Teenager off on her last (Thank ya Lord Jeebus!) volleyball trip of the season. She texted us later to let us know that the team had won their game and that she had played extra well, finally garnering a grudging compliment from her coach (About mother-effen time).

While she was away, we were in Hooterville watching the Man-Cub and the rest of the Fearsome Foursome play in their first basketball tournament of the season. The boys won the first game, handily. The second game was a come-from-behind-win-by-one-point-on-a-free-throw-nail-biter that left me with bloody stubs for fingernails. I love watching my boys play together but I don't know if my heart can take another game like that. 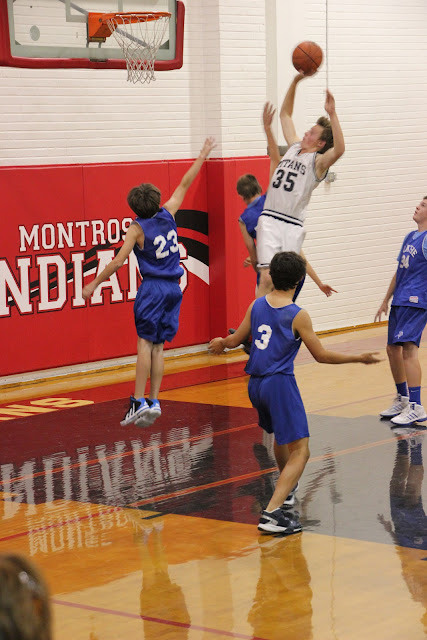 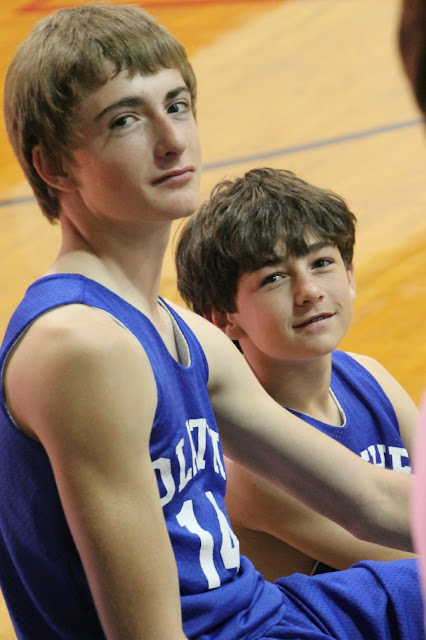 Half of the Fearsome Foursome.

After the basketball games, Hugh, the Cub and I headed home for hours of yard work that included finally cleaning out the vegetable garden, cleaning out my flower beds, planting eighty tulip, crocus, and daffodil bulbs, cleaning out and organizing the garage, and, finally, raking an enormous pile of leaves.

You know who likes enormous piles of leaves? 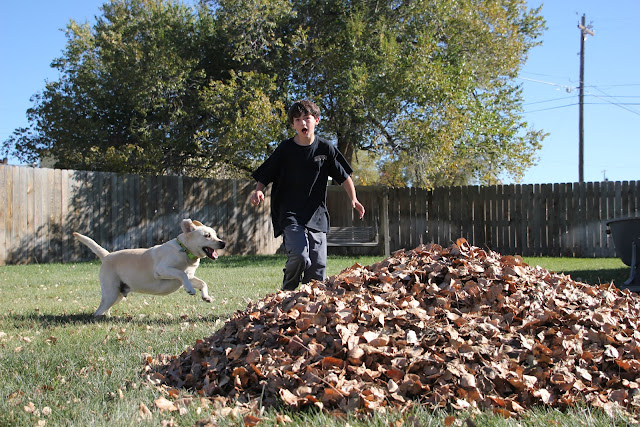 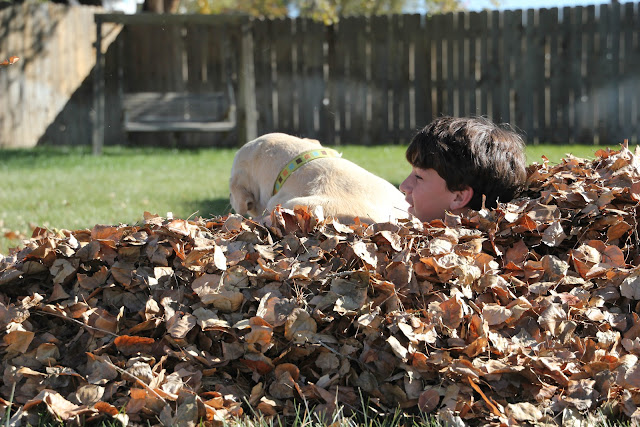 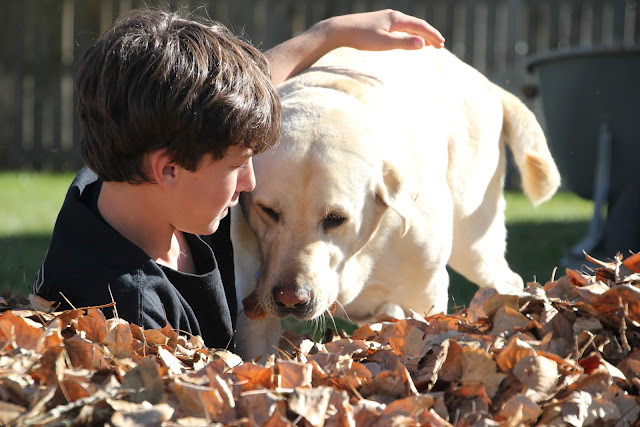 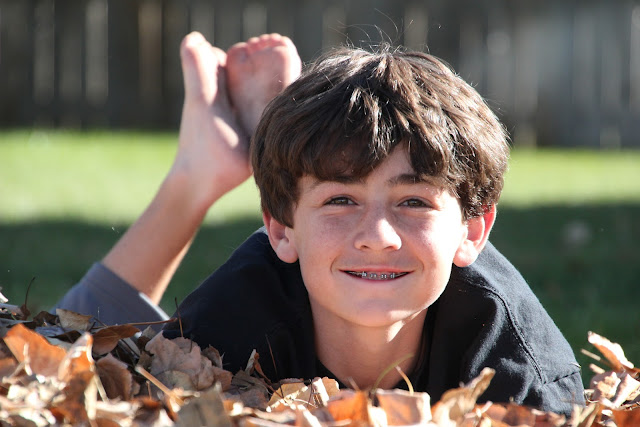 The yard looks amazing, now. I wish I could say the same for the house, but, that will come later today. If I have the energy.

Speaking of energy, last night we had planned to go to Jana's house to watch the Orionid meteor shower and, guess who punked out because she was too tired?

Raking leaves takes a lot out of a girl.

So does having her heart rate increased at a Middle School basketball game.

Actually, today is looking more and more like a day that I need to spend on the couch with a glass of wine and a trashy magazine.