Children of the Corn

Hugh and the Man-Cub crapped out in the quest for fresh meat, yesterday, despite spending almost twelve hours traipsing through the woods in search of Bambi's father. They were a bit bummed.

We helped them get over their disappointment by making them traipse through a dark corn field for another hour because we are sweet like that. 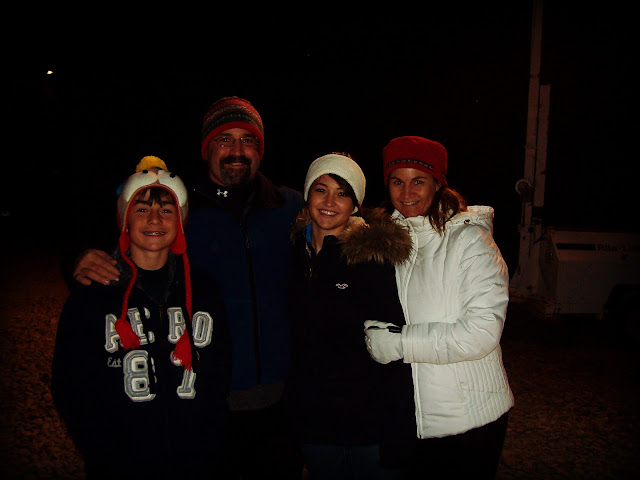 The firemen were haunting the local  corn maze as a fund raiser, as they do every year, and we decided that we just couldn't miss it. The Teenager was entertaining Not The Boyfriend, who was visiting from college and he was up for the challenge of another scaring, despite having been adequately scared at the haunted house the night before, which, did I not mention that Not The Boyfriend accompanied us to the haunted house on Friday night? No? My bad. 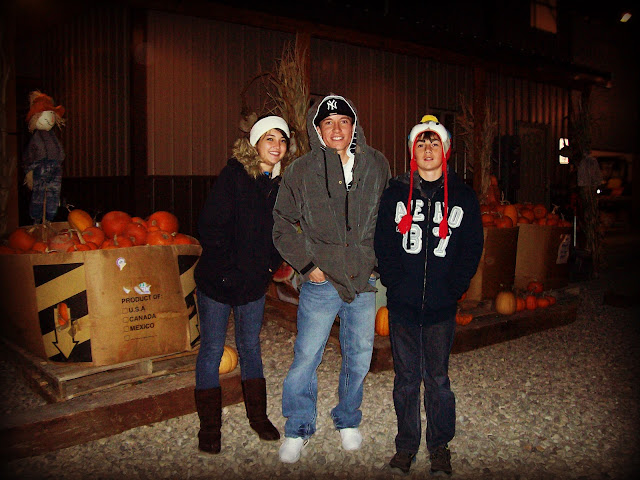 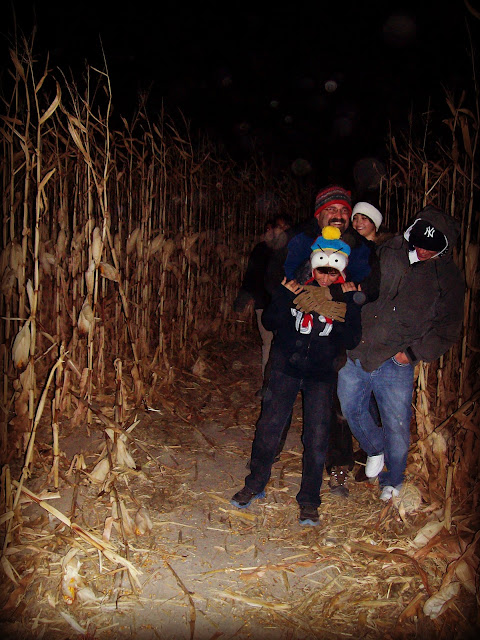 I always say there is strength in numbers, so, I saw having an extra body as a benefit. Well, that and the fact that Not The Boyfriend is a big 'ol chicken who screams like a girl at the slightest scary thing, which, cracks me up, every time. He is especially freaked out by the noise made by a chainsaw, which every haunted house, cornfield, forest, etc. is contractually obligated to provide, and; his shrill girl-shrieking when the chainsaw started up last night was the thing that legends are made of.

Speaking of the chainsaw, although he claimed total exhaustion from his hunting trip, Hugh had no problem sprinting through the corn rows once the chainsaw-wielding maniac fired up his Husqvarna and commenced with chasing us.

This taught me that my husband of nineteen years would, in all likelihood, drop me like a bad habit in order to make a faster getaway from a serial killer. This is good information to have when the Zombie Apocalypse occurs and I am feeling guilty about using his body as a human shield.

Ooooh, speaking of zombies; our satellite service finally brought back AMC so The Teenager will get to watch The Walking Dead after all. This has made her most happy.

And, speaking of The Teenager; her  historical (and, pathological) fear of clowns is always ramped up around Halloween and, I am happy to report: the corn maze did not disappoint in the scary clown category. 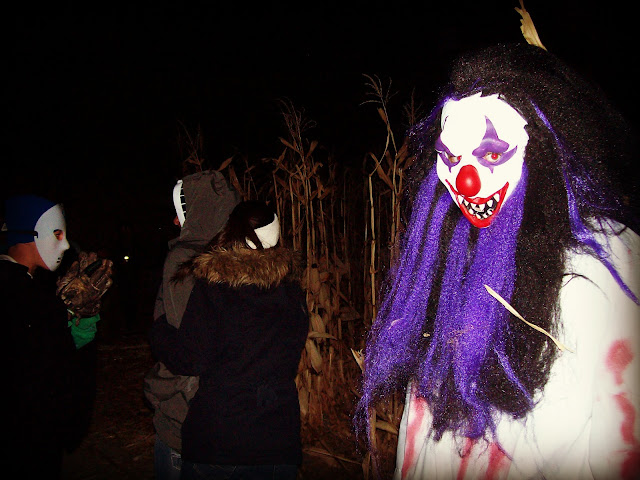 Well, it didn't disappoint me; The Teenager could have done without it, I assure you.

After the corn maze, we returned home for hot chocolate and a viewing of Hocus Pocus. Today, we are heading back to the corn maze, to procure our pumpkins for carving later tonight. We would have picked out the pumpkins last night, but; it's really hard to choose the best pumpkins when one is running for one's life from chainsaw-wielding maniacs and murderous clowns.

Not that I ran.

After all, there were no zombies and we all know that they are the only real threat.