I have no rational thought for this post, so, it is going to be yet another hodge-podge of random, disconnected thoughts, comments, and musings. I bet you can hardly wait to read it.

1. An old friend recently told me that I look just like Julia Roberts in her new movie, and, I wasn't entirely certain that it was a compliment. I mean, I haven't seen the movie yet; it could be the difference between people telling you that you resemble Charlize Theron... 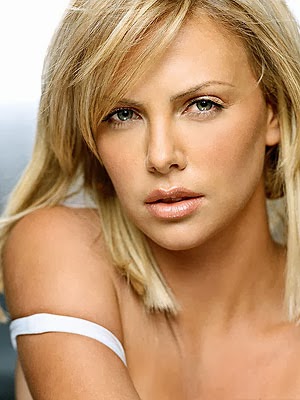 ...and people telling you that you look like Charlize Theron in that one movie she made... 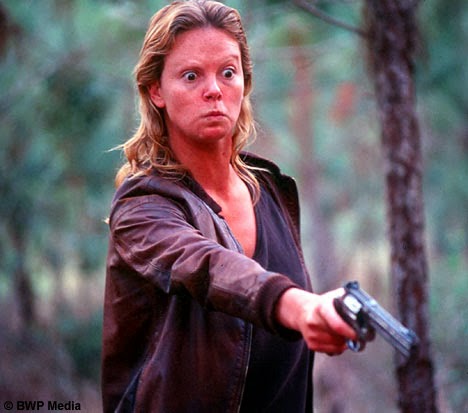 So, I Googled the trailer for the new Julia Roberts movie and am relatively confident that my friend meant it as a compliment. Also, because I asked the friend to clarify and was assured that it was meant as a compliment, because; I am emotionally secure like that. Plus, my dad has been comparing me favorably to Julia Roberts for as long as I can remember; he is clearly delusional, much like my friend.

2. In addition to the Super Bowl (more on that later), Sunday was Groundhog Day. The damn rodent saw his shadow which means that we will have another six weeks of winter. Last night it snowed, so, the rat wasn't lying. I hate that weasel.

3. So, the Super Bowl. Yeah. Poor Broncos; it's like they didn't even show up for the game. That is all.

4. It's only Tuesday and I am already jonesing for the weekend.

5. I made meatloaf for dinner last night, using an ancient can of breadcrumbs that I found during the pantry purge. I didn't eat any of it because I don't really like meatloaf but the family gave it rave reviews. Stale breadcrumbs are the bomb, apparently.

6. I am on day 48 of no repeats workday wardrobe. It's been fun putting together new outfits but I am starting to eye the spring and summer items in my closet with envy. I am ready for nicer weather and fewer layers. Thanks to that damn rodent, I realize that I won't actually be wearing those items of clothing for quite some time.

7. The Teenager turns eighteen in less than twenty days. We have planned her birthday party for the weekend after this because she will be in Denver for the state wrestling tournament on her actual birthday. The party is going to take place at a roller rink in Neighboring City and I have agreed to pay for The Teenager and eighteen of her closest friends.

8. We have started the planning process for The Teenager's graduation party, and, as I think I have mentioned here previously; we are hiring a DJ and renting a bouncy castle. Thank goodness we will be splitting that cost with several other families because, we have graduation announcements to purchase, a cap and gown to buy, and you know, college to pay for.

9. I have never felt more broke in my life, and, once upon a time, I had to rummage under couch cushions to cobble enough money together to purchase a bottle of liquid dishwashing detergent.