This is Why I'll Never be an Empty Nester

The Man-Cub is at a baseball tournament in a faraway community. He was asked to play with the varsity team and who could say no to that? So, he left with the team yesterday and won't return until sometime tomorrow. I asked the Cub to check in regularly (because that is what I do) and he has not disappointed me. In addition to his calls, the wife of one of the coaches has kept me informed via text message; her message about how well the Cub was playing yesterday was especially appreciated.

While the Cub is playing ball, The Teenager is house-sitting for Brandon's mom, who took a well-deserved vacation with her husband. The house-sitting gig lasts for a week, during which time I don't expect to see much of The Teenager or Katie, who is co-sitting with her.

All of this means that my house is quietly devoid of children. Which, is good practice for me for when they are both grown and gone. If I ever thought that I would be bored or have nothing to do once that inevitably happened, I was mistaken; I'm simply going to put my energy into the cats.

Yeah, that's what I'm going to do. 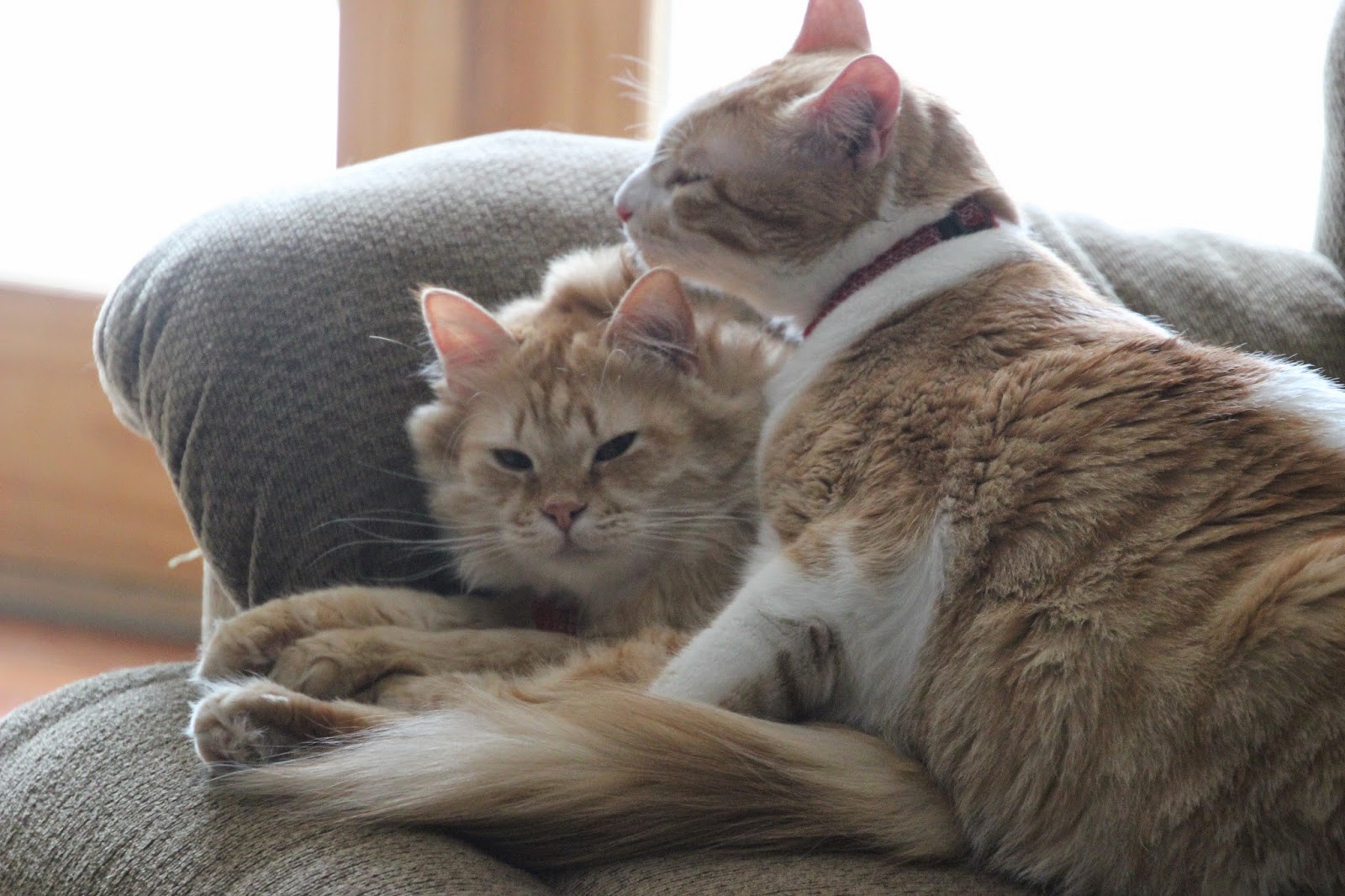 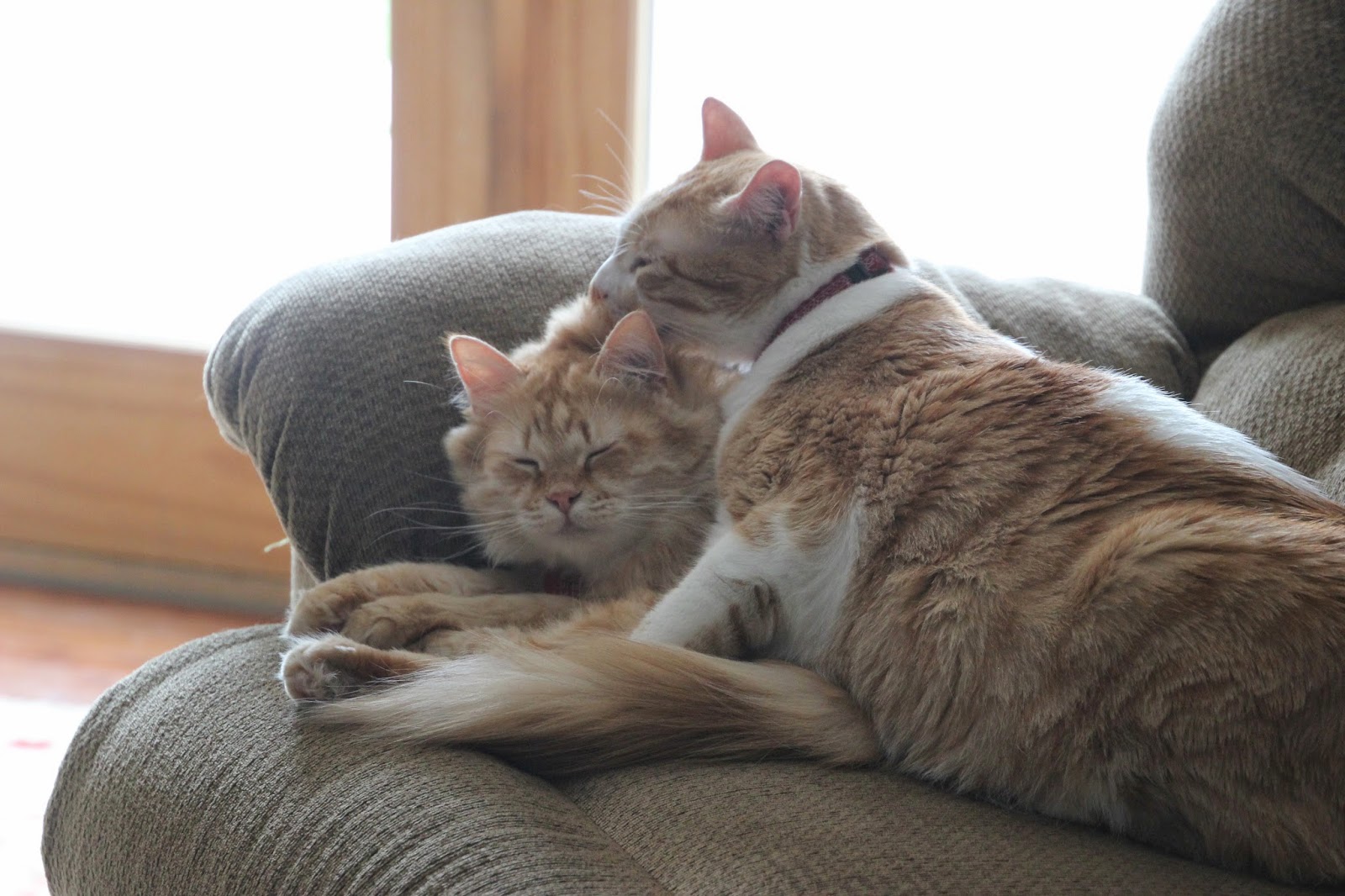 When I told them that they were going to be the lucky recipients of all of my affection and attention, this is the reaction I got: 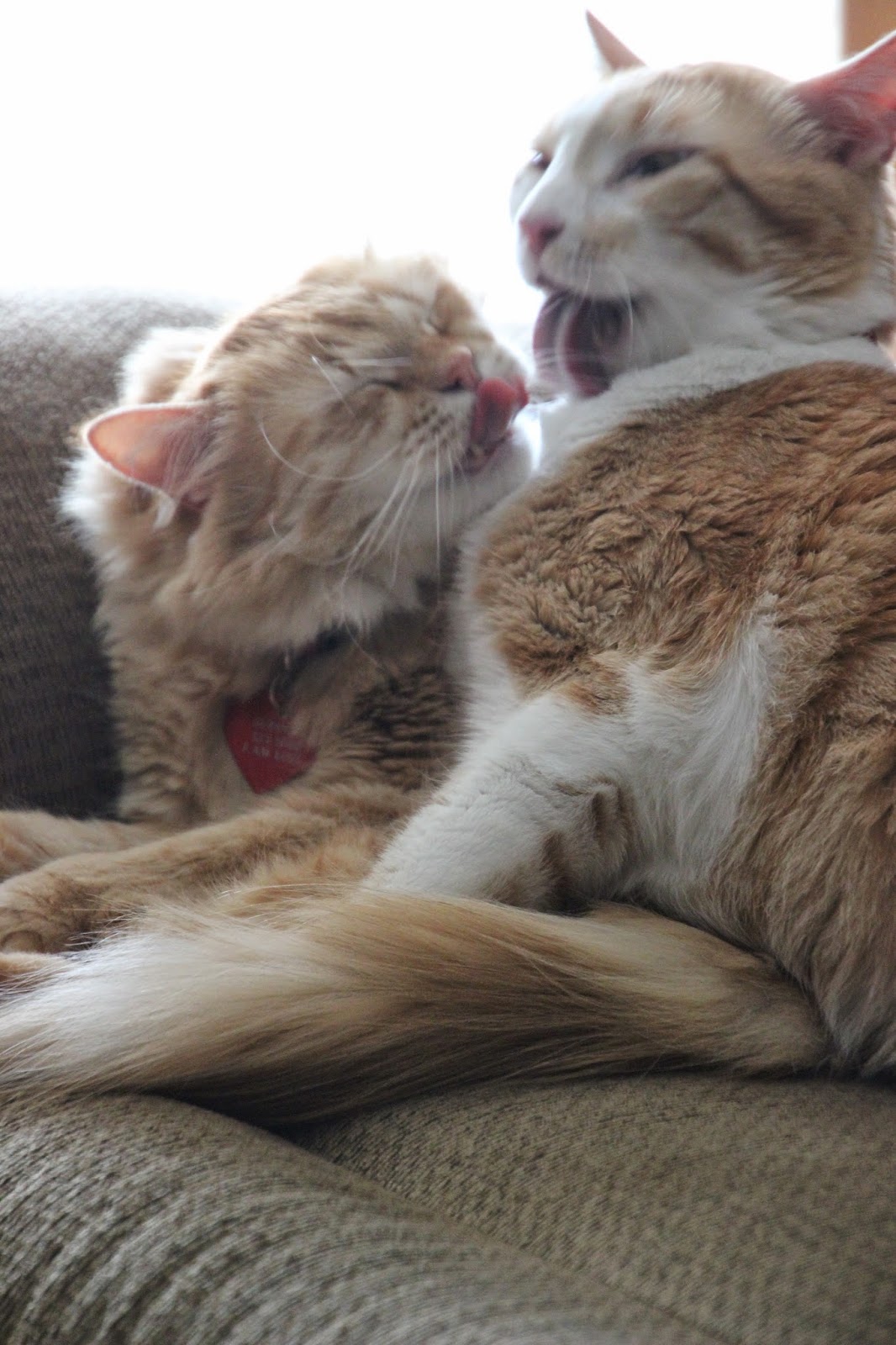 They remind me more and more of my children every day.

This is really going to work out.
Posted by Chelle at 8:58 AM