Friday, March 1st, Hugh and I packed up the Tahoe, kissed Boomer goodbye (he was staying home, under the watchful eye of a good friend of Hugh’s), and made the quick trip to Neighboring City to pick up Queen B and Katie. Katie hadn’t gotten off work until almost 7:00, so we grabbed a quick dinner at the Chinese buffet before hitting the road.

Our flight was scheduled for six o’clock Saturday morning, so our plan was to drive through the night, arriving at DIA with plenty of time to spare. Of course, springtime in Colorado means unpredictable weather, so, it was a good thing that we left when we did; I-70 experienced an historic number of avalanches, one closing the interstate literally right behind us. 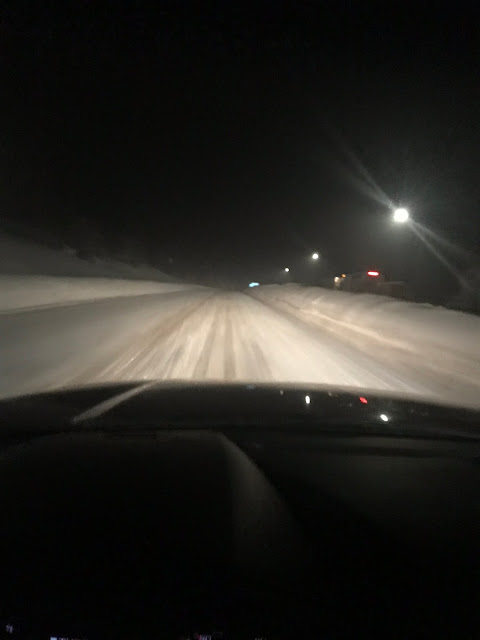 Once we got to the airport, we had several hours to kill before boarding our first flight; Hugh and I spent the time walking laps around the airport, since I knew I would spend the majority of the day sitting.

Our first flight-to San Francisco-was a bumpy one, and, at one point, I thought Queen B was going to toss her cookies on the gentleman in the seat in front of her. Luckily (for him), she managed to keep it together until we landed, then made a mad dash for the restroom.

Our next flight, while a lot smoother, was delayed almost an hour due to a mechanical issue. When we left California, the weather was rainy, cold, and dreary... 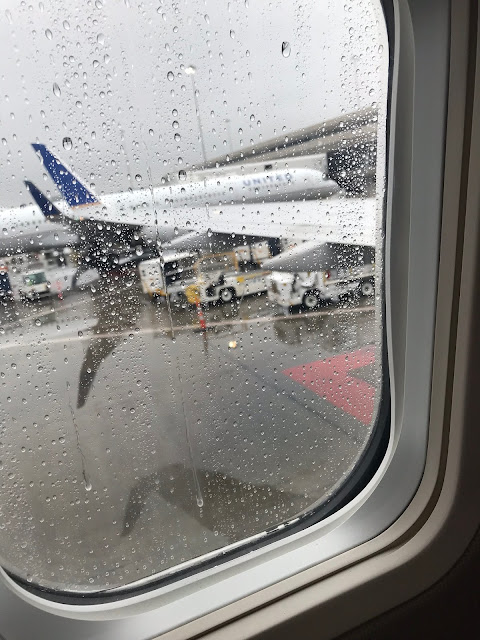 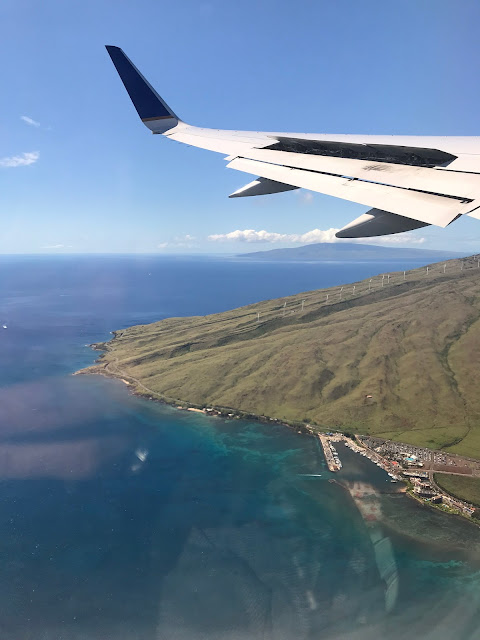 Our first glimpses of the island went a long way in restoring our energy, despite the fact that we had been awake for almost thirty hours.

When we landed, we grabbed our luggage, meeting the Man-Cub at the baggage carousels (his forty-five minute flight from Oahu had arrived less than an hour before ours), and checking out our rental car. Then, it was a quick trip to Maalaea Harbor for lunch at Beach Bums, where I had the most amazing burger and a margarita to kick off my vacation. 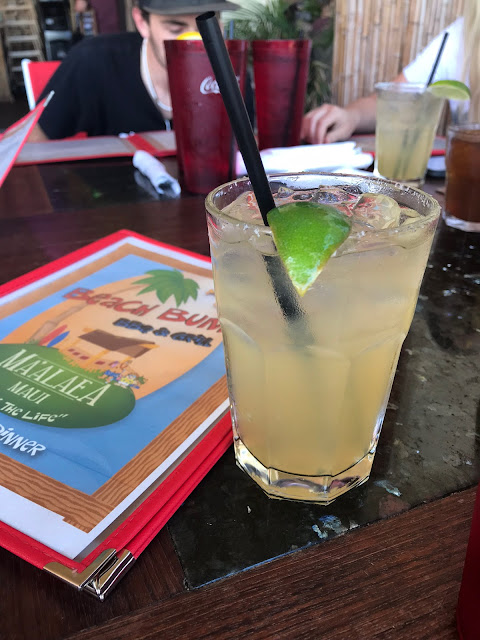 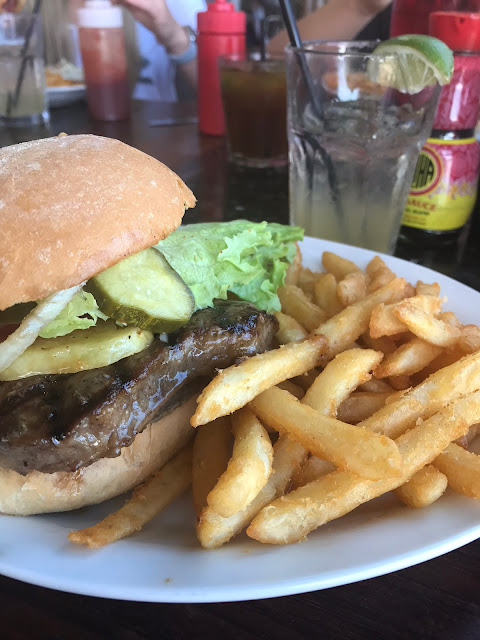 We wandered around the harbor for a bit, killing time until our scheduled check-in at our condo. 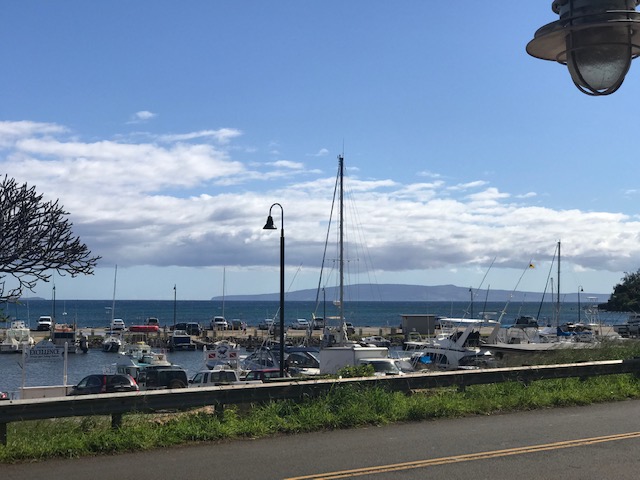 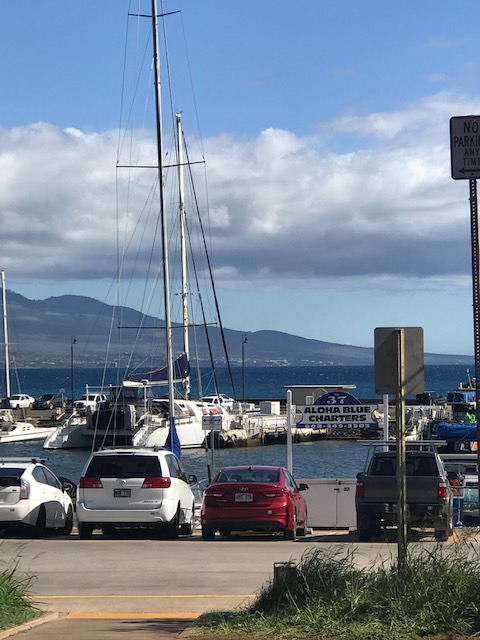 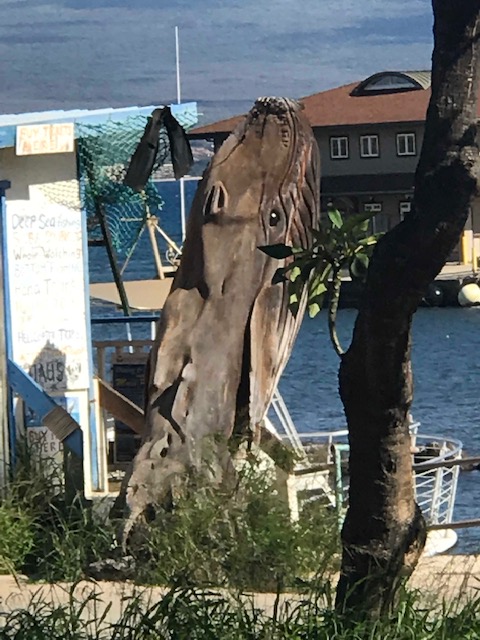 Then, it was off to Lahaina, where we finally got to see our diggs for the next eight days, including the incredible view from our lanai... 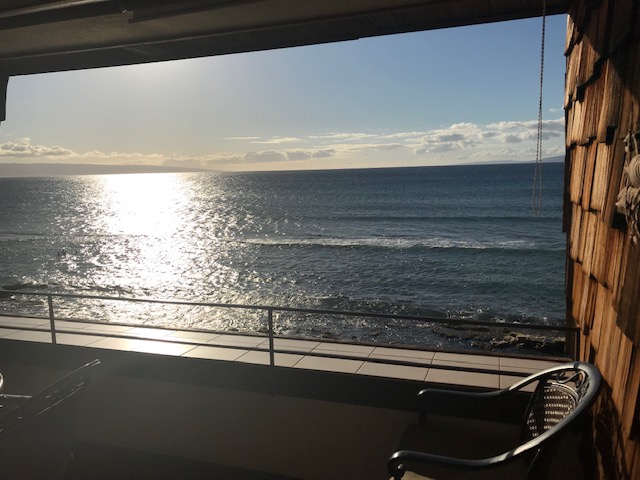 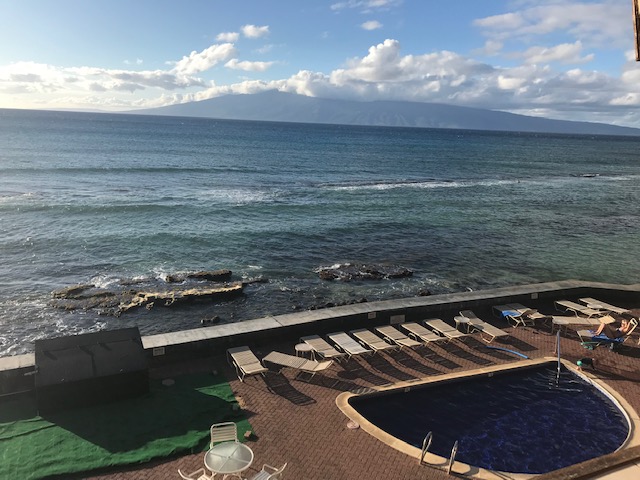 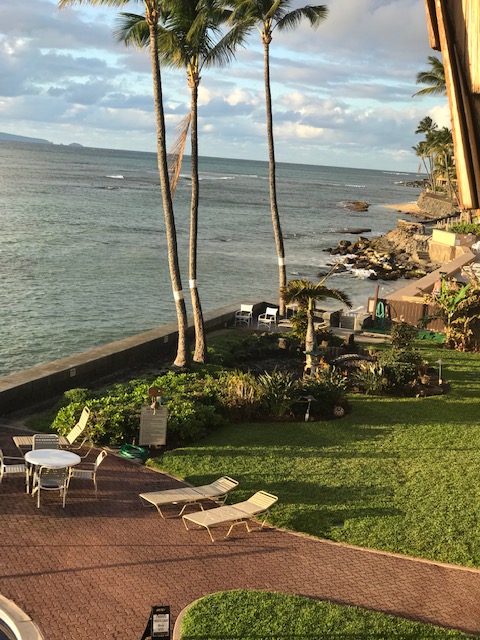 By this time, we were all exhausted, so, following a quick trip to the market for groceries for the week, we called it an early night. Or, a verrry late night, considering our lack of sleep the night before.

Either way, we were off to dreamland, rocked to sleep by the sound of rolling waves...ah, welcome to paradise! 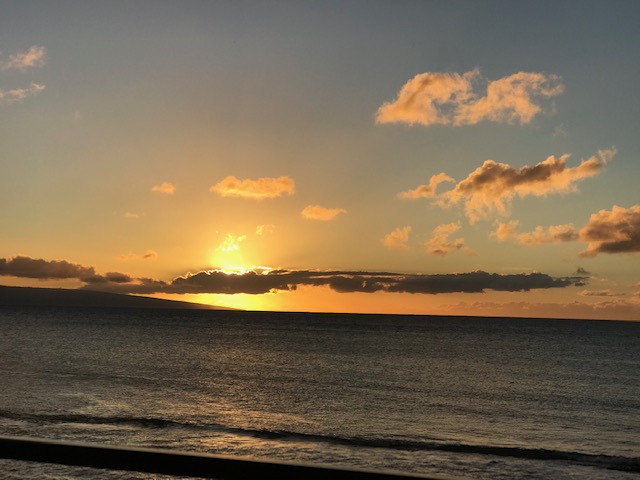