Yes, I DO Realize That it Isn't Even September Yet

I decorated the porch for fall yesterday, which, is the earliest that I have busted out the fall foliage since the kids were in elementary school and I wanted their first day pictures to appear as though they were happening in the fall rather than late summer (still bitter about school going into session before Labor Day, even after all these years).

I think I'm rushing the season a bit because I am over the summer heat (this, from a girl who dreads shoveling snow and would rather eat chalk than scrape frost from a windshield). Or, because I am already over this wretched year. Toss up!

Speaking of both the first day of school and this wretched year; the local kids went back to school late last week. The district gave parents the option of in-person learning or on-line instruction, but, the in-person learning is hybridized with several days of at-home instruction, which, seems like a contradiction to me. Obviously, nothing about this school year will be ideal, but at the very least, say what you mean and mean what you say, school district.

Anyhoodle, the kids are back in school, Starbucks has released the pumpkin spice from its' mythical coffee vault, and the porch is ready to entertain my friends in a fall-themed ambiance.

Can Halloween decorations be far behind?

This year? Not, bloody likely. The skeletons will be out of the closet by Labor Day. 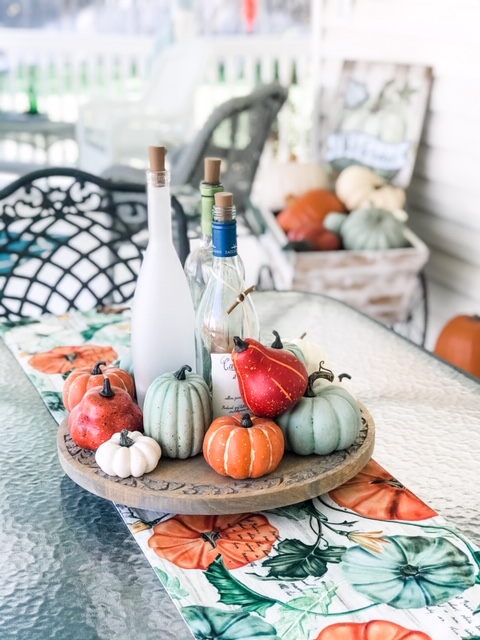 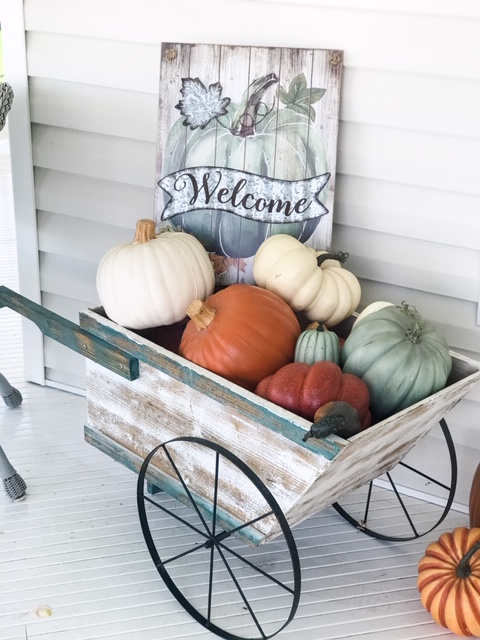 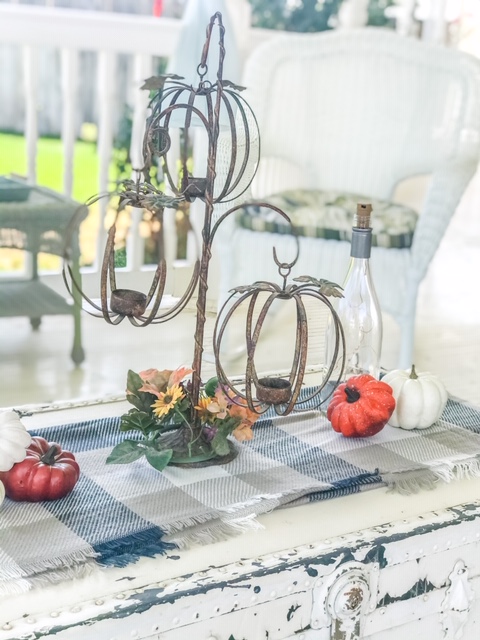