High: Saturday morning, I met Kortni, Kristi, and Erin at a little diner here in Petticoat Junction. We were celebrating Kortni's birthday, which happened earlier in the week, and, as it had been ages and ages since we had all been together, we were stoked.

Low: Three of us ordered the biscuits and gravy, and, all three of us were sadly disappointed.

High: The conversation was lively and long; two hours spent laughing and catching up. The coffee flowed freely, and we quickly got over the less-than-stellar meal.

Low: The news that Pickin' at the Pea has been cancelled due to the 'rona. The sale is one of the things that the four of us typically do together each October, and it sucks that we won't have the opportunity.

High: After breakfast, Kristi, Erin, and I spent the rest of the day hunting treasure at yard sales and shopping in Hooterville (Kortni had other plans and wasn't able to join us).

Low: I am still not quite able to enjoy shopping the way that I once did. Marshalls used to be my happy place, now, shopping there is fraught with anxiety as I struggle to breathe through my mask.

High: The Lesbians left me with more of their home-grown eggs at the end of the day. They gifted me the cutest egg carton as a bonus. 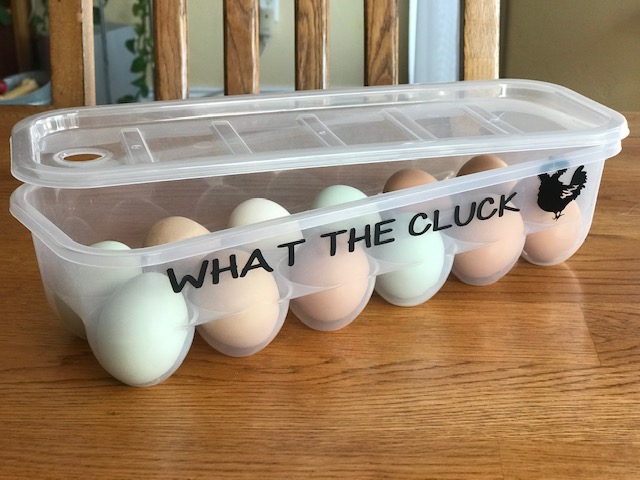 High: Sunday afternoon, Queen B and I ran out to Jana's so that Queen B could try on the dress that she will be wearing when she stands up for Kaley in January. It fit almost perfectly and will only require minimal alterations. Plus, she looks beautiful in it. Plus, I got to see Jana.

Low: The Man-Cub called to let me know that his roommate is going to be leaving school, which means that he will have to find someone to take over his portion of the lease. I am concerned that he will leave the Cub holding the bag, although the Cub assures me that won't be the case. I am also concerned that, if he does find someone to take the room, the Cub won't gel with them. Basically, I have a lot of concerns. I'm really trying to give it over to God. I'm trying to do that with a lot of stuff.

High: Hugh started on the build for my Halloween skeleton display. It's going to be awesome. I need some awesome right now.

High: Only five days to go until the weekend.