May Is Trying To Accomplish What April Failed To Do

Kill me, that is.

I racked up even more overtime in the first five days of the month, which is why I finally threw in the towel on Friday and took a partial day off.

I scheduled a relaxing Swedish massage at the float center in Hooterville (the massage is part of a package that I purchased a while ago; the float and facial that round out the deal will be scheduled in coming days, which is a cool way to use a package when you can't commit to a full day of pampering). 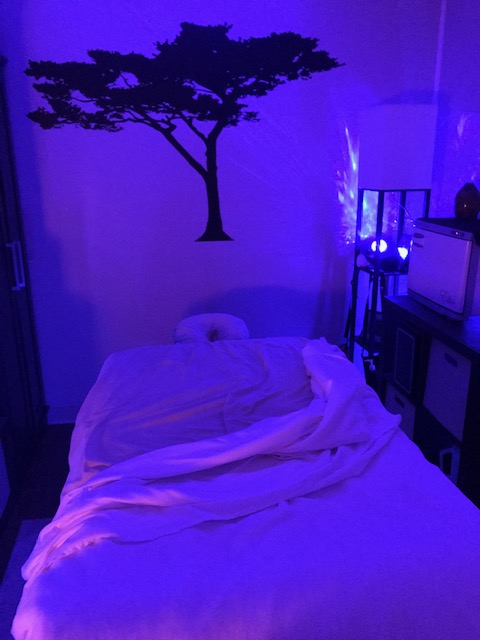 After the massage, I met Kristi at my house; we were blowing up the balloons for Erin's surprise party on Saturday (she is graduating from her Masters program this month!). As I pulled into my driveway, I was greeted by a FedEx driver, who had a special delivery for me, all the way from Mexico. 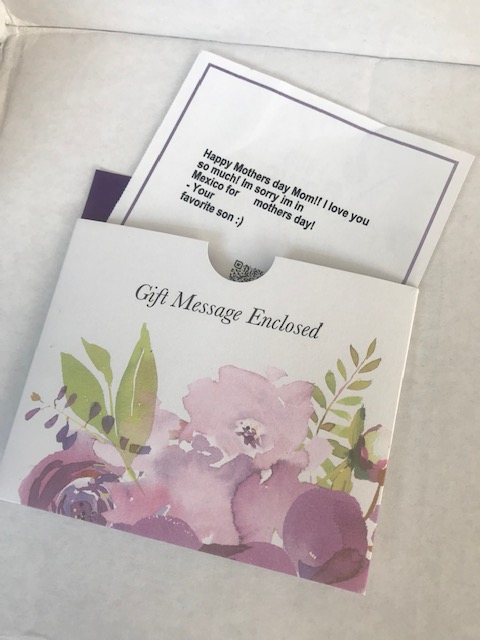 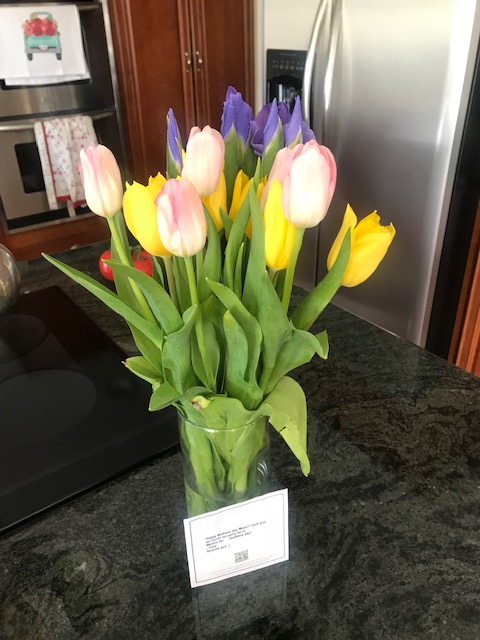 The Man-Cub has been vacationing with Mama Jill and Co. for the past eleven days or so and, if their Facebook posts are any indication, they have been having a banging good time. So, for the Cub to remember Mother's Day was a pleasant surprise.
While he's away, Shanti has been minding the apartment and the kitten, so I invited her to come and help with the balloons. Then, she took me out for dinner, which was so sweet. I wish she had let me pay, but she was insistent. She's a keeper, that one.
On Saturday, I loaded the balloon arch into my Tahoe (minus a large mylar #2, which had ideas of it's own) and headed to the event center in Pixler, where I met Kristi for what would become rapidly evident was an exercise in frustration. Our assigned area for the party was in an outdoor patio area, despite our best effort at decorating with the items we had brought; the wind was not having it. The balloon arch lasted all of ten minutes before every single balloon popped, the paper lanterns that we planned to hang from the pergola covering the dining tables were soon a tangled mess, and the foil fringe curtains that Kristi hoped to use for a photo backdrop were knotted up worse than a toddler's hair after a nap.
Plan B rapidly emerged, with the party decor evolving from High School Prom to Tuscan Chic real quick. Luckily, the event center is part of a large nursery, with a fabulous gift shop attached. I purchased wooden charcuterie boards, metal lanterns, and small potted plants and we created lovely centerpieces then called it good. It was a fabulous solution and actually went better with the food selection that Kristi had ordered than the black and gold shiny decorations ever would have. So, saved by Mother Nature, I guess. 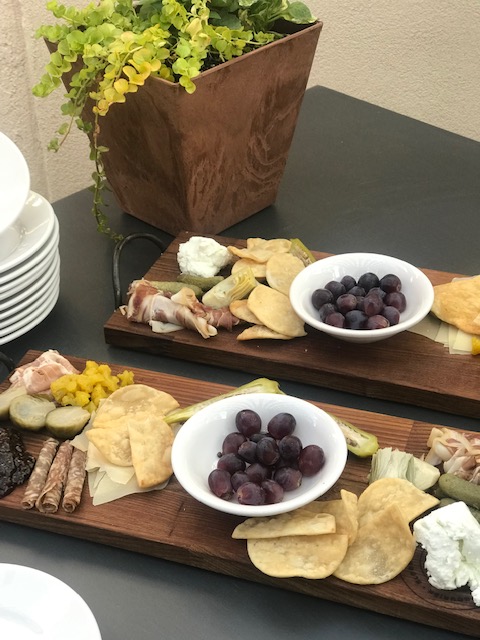 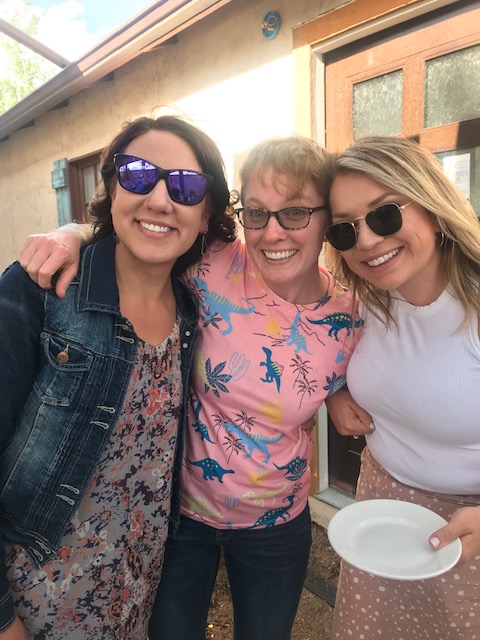 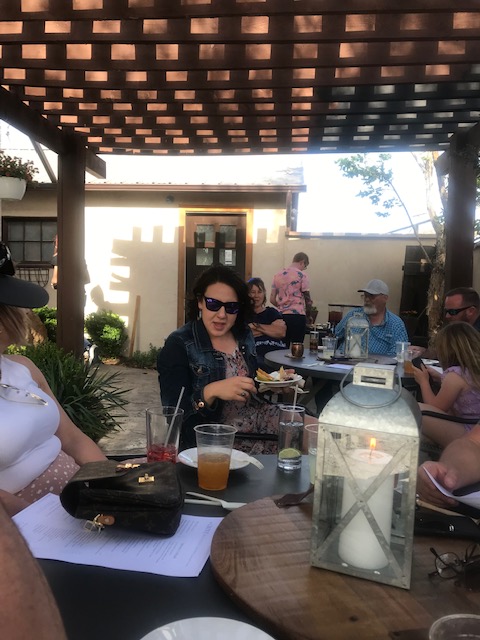 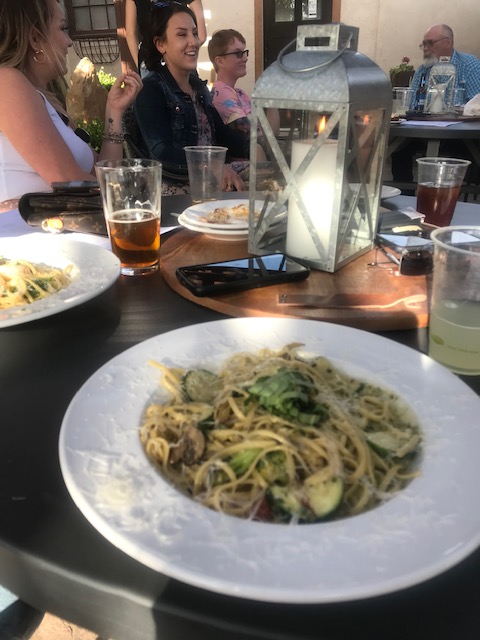 The important thing is; Erin was not just surprised, but SHOCKED. Kristi has never been able to pull off a surprise, so it was a great evening, all around (also, I got an emergency call from work, which, I actually delegated to my staff. I'm learning to be better about maintaining boundaries. Plus, I have allll that overtime, so I was more than due for a break).
Sunday, Hugh and I picked up Oscar and Emily and went to Mother's Day brunch at the local Elks Club, where, by virtue of 80 being the median age of those in attendance; I felt like a youngster.
That is not a bad way to celebrate motherhood, at all.
Hugh was hoping to have my raised bed ready for planting, but, the wind made it basically impossible to get the rest of the dirt transferred from the trailer to the garden, and, since we spent good money on it (whoever came up with the phrase dirt cheap has never purchased garden compost, clearly), we definitely didn't want it blowing into the next county, so, I took a raincheck on that particular gift.
The rest of the day was spent relaxing on the couch. Again, not a bad way to celebrate motherhood, at all, especially after the week I'd had.
Which, brings us to today. Please, for the love of all that is holy, May; cut me some slack.
I'm begging.