Since starting Not So New Job back in 2020, my culinary skills have atrophied like an arm muscle that's been in a cast for six weeks (this particular analogy came to me courtesy of a conversation we had at dinner with the Man-Cub last week, when he was regaling Shanti with the tales of his many, many broken bones).

I'm really making an effort to get back to not only cooking, but enjoying the task. This is easier said than done, but, I'm determined.

Last night, I made a new recipe that ended up being such a hit with Hugh; I will definitely be making it again. So, I figured I may as well immortalize it on this here blog. The recipe came from completelydelicious.com and is split into two parts: the pulled pork, and the cabbage slaw that tops the tacos. The meat is prepared in a crockpot, which was incredibly convenient yesterday, considering that I had a full day planned and didn't want to be tied to the kitchen.

For the pulled pork, you will need:

salt and pepper to taste 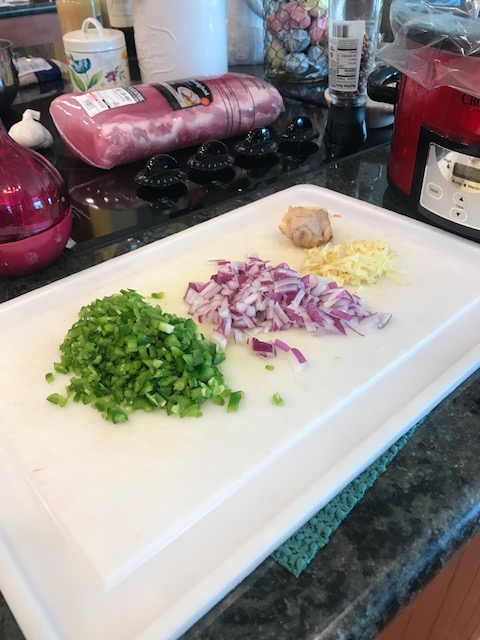 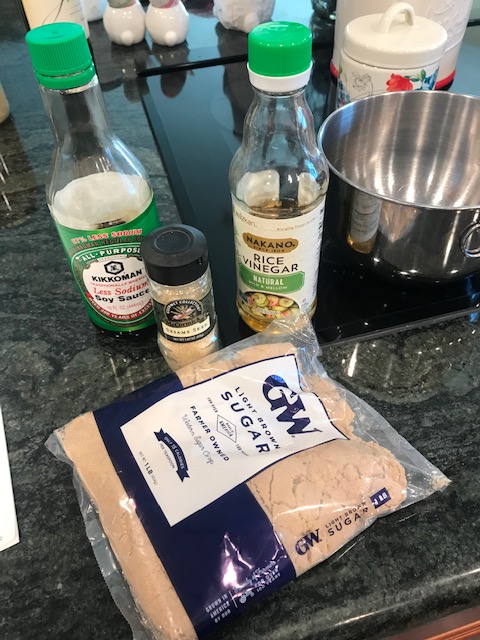 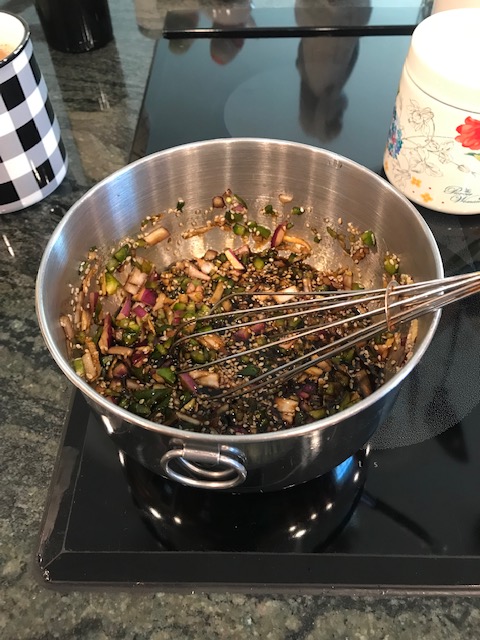 Pour over pork, add garlic cloves. Cook on low for 7 hours or on high for 4 hours. 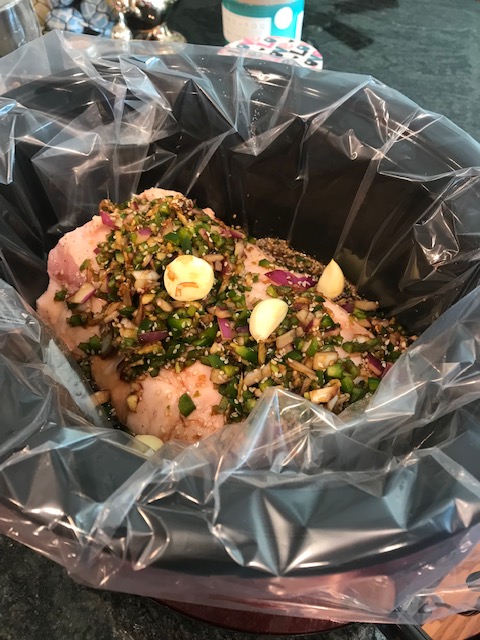 Shred or chunk pork (we prefer chunks in our tacos), stir, and cook for an additional 30 minutes. 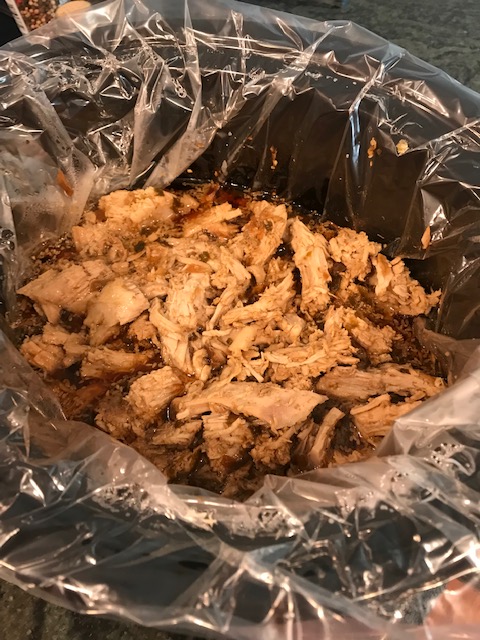 At this point, make the cabbage slaw. For this, you'll need:

Juice of one half lime

Combine brown sugar, sesame oil, olive oil, ginger, and salt in a bowl and whisk until smooth. In a large bowl, toss shredded cabbage, scallions, and cilantro together. Pour dressing over vegetables and toss to coat. 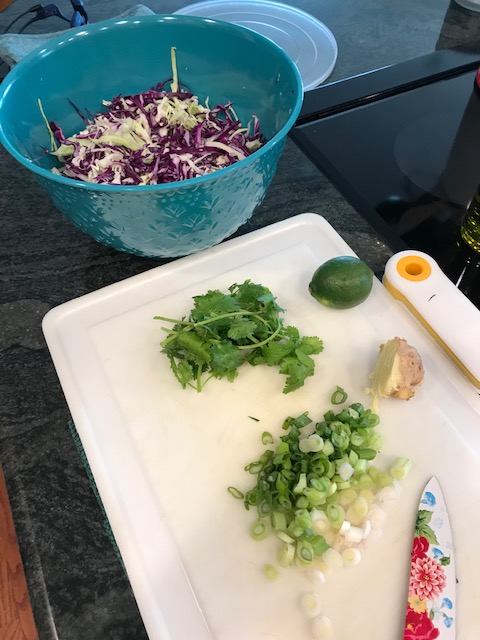 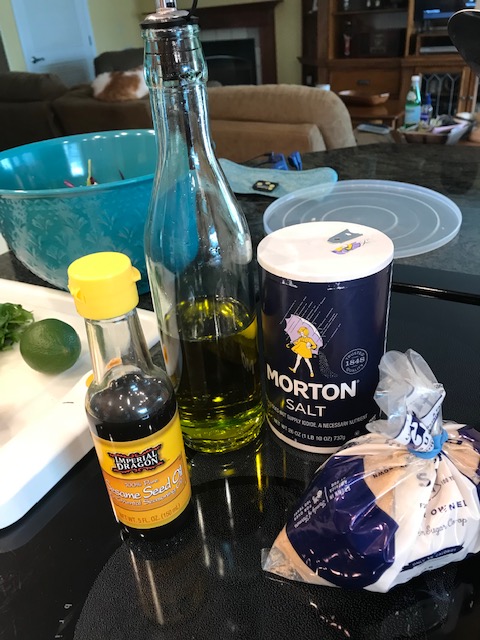 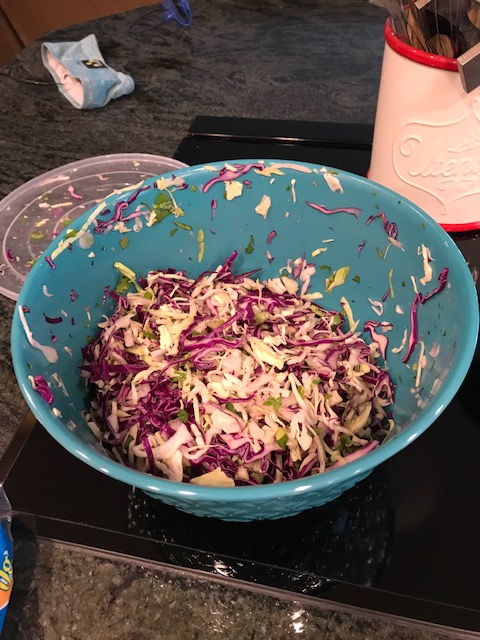 The recipe says to use the slaw immediately, because it won't keep for very long. I'm not sure that's a fact, because Hugh was particularly fond of the slaw and, when he went back for seconds a few hours after dinner, he said the slaw was fine. We ended up with a small bowl leftover; I'll have Hugh sample it for lunch today and report back.

You will need small tortillas to assemble the tacos, but, I'm assuming you already knew that. I assume you also know how to build a taco, so I won't insult your intelligence by explaining it. I will recommend that you give your assembled tacos a little squirt from the remaining half of the lime from the pork recipe, however. Mmm, mmm, good. 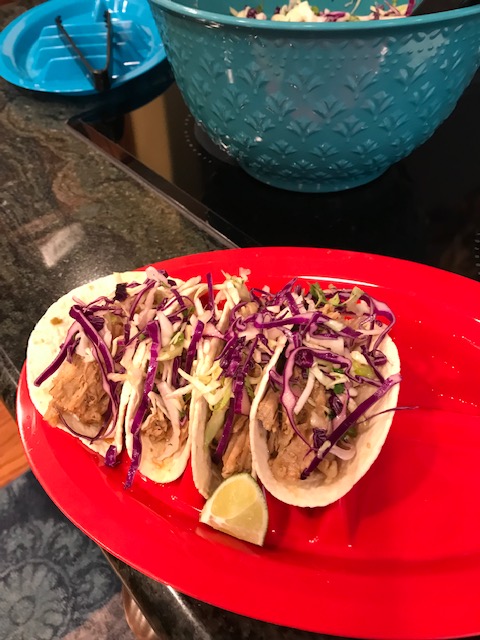