What's New at the Gym

Other than me being there, I mean.

Yes, it's true; I've gone back to the gym. Well, twice, so far, but that's progress! I set my workout clothes out each morning and have told myself that putting them on is half the battle, which, is true; studies show that women are more likely to work out if they dress for it. I have found this to be true, because the other night, I was mentally composing excuses to dip out on a workout, but then I spent twenty minutes wrestling the girls into my sports bra and at that point I figured I was invested, so, off to the gym I went.

In the interest of full disclosure, I should probably admit that a "workout" at this point in my middle age looks a lot different than it once did; I'm easing my way back into walking 10,000 steps a day and doing more regular stretching. It's hardly strenuous, but the gym is the way to go when you factor summer heat/humidity/rain into the equation (especially after doing the pre-workout involved in dressing for the occasion).

When I got to the gym the first evening back, I was greeted by numerous copies of this sign, generously posted throughout the building: 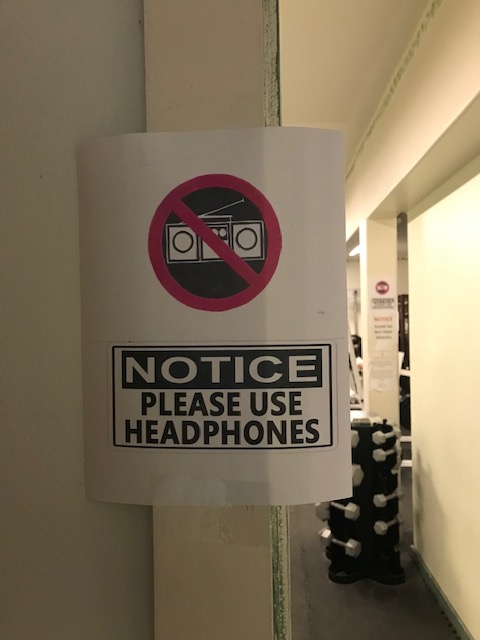 To say that it made me happy to see this new rule would be an understatement; when I was attending the gym regularly, there were a couple of men who would bring in 80-s-era boomboxes and then blast what my Spanish-speaking friend told me was Mexican gangster rap, complete with "not very nice words". I didn't know about that, but I knew that the volume was obnoxious. I never complained, because I'm no Karen; I just turned up the volume on my own headphones and tried to drown out the noise. I do have mad respect for whichever Karen did complain, though; because walking on the treadmill with my music at a reasonable level and no bass thumping from the weight room downstairs is actually quite lovely.

Karen for the win.

I am also intrigued by the new climbing machine that has appeared in the cardio room during my absence. It resembles a medieval torture machine and I am dying to try it. I'll probably do that sometime this weekend, when I am sure to be alone in the building. I do not need an audience. 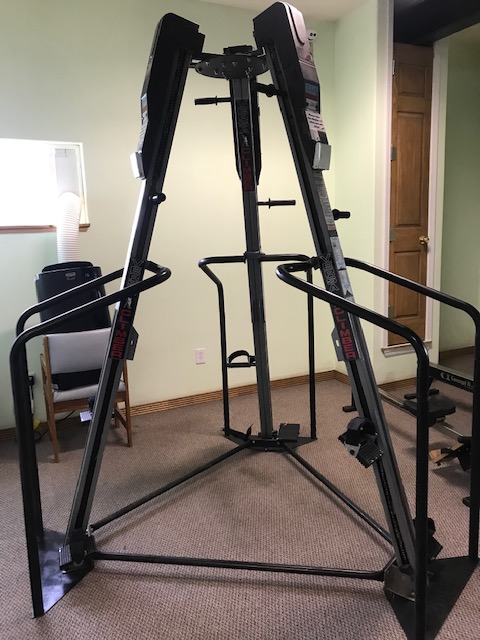 Anyhoodle, it's good to be back, and, God willing, this time I'll stick it out. At least I'll be doing it at a much lower decibel level.