Queen B is all settled into her new apartment, while the Rodeo Princess is ensconced in her own abode about an hour away. We are so proud of both of them for taking on the responsibility of living independently and know that they will do great.

Last week, Queen B sent a slightly guilt-inducing text sighing over the fact that she is now apparently not special enough to warrant a seasonal care package, so, like the sucker I am; I immediately set about righting that perceived wrong.

The theme for the package was obviously Halloween. Queen B's new place isn't large, so I tried to strike a delicate balance between items she could consume immediately and items that would require storage. I think I did a pretty good job. 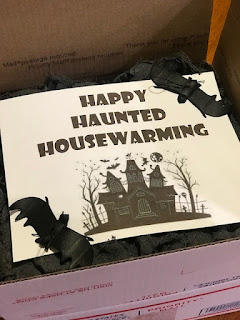 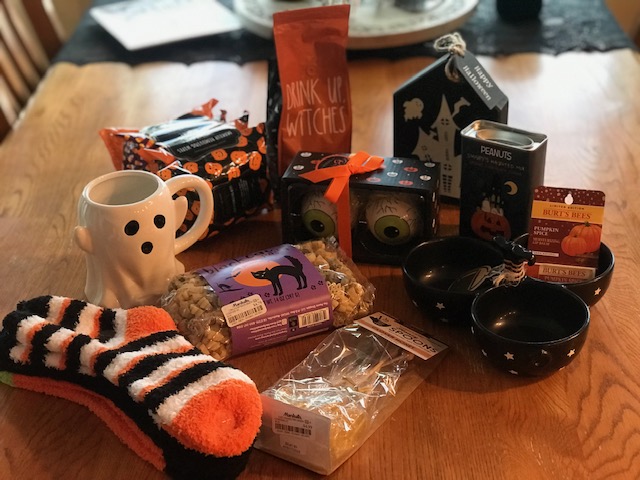 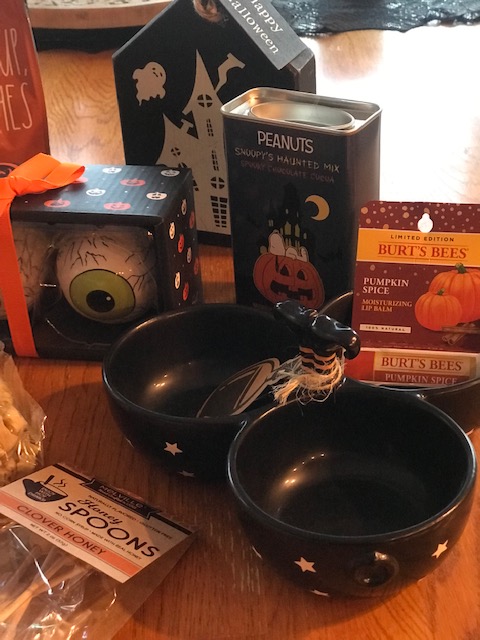 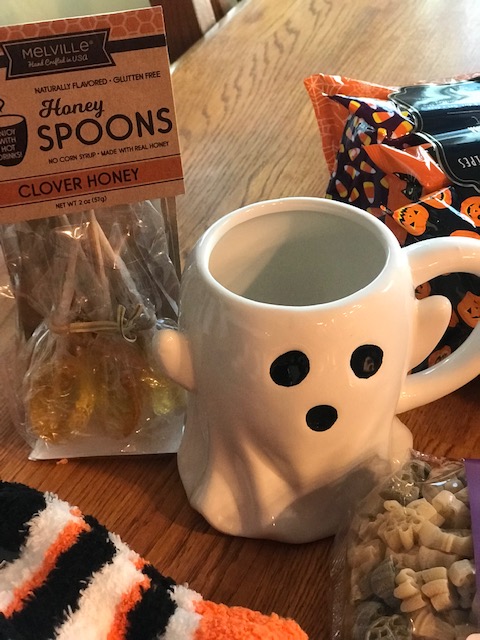 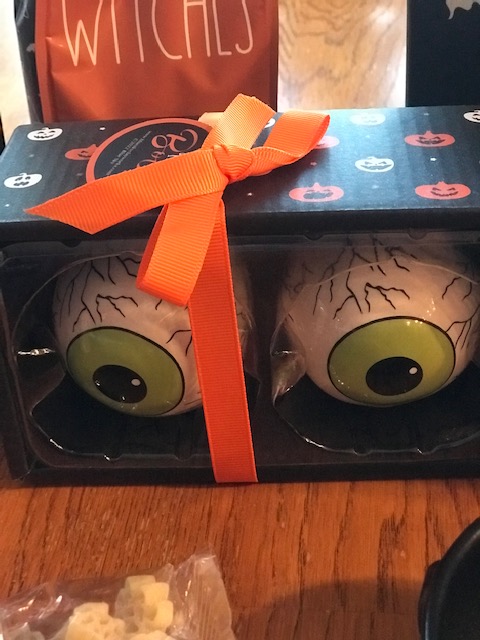 In addition to the spider web and fabric, I used a lot of more traditional packing materials, which I believed would protect the breakable items during transit. This would be a reasonable assumption, but, when the package arrives looking like this... 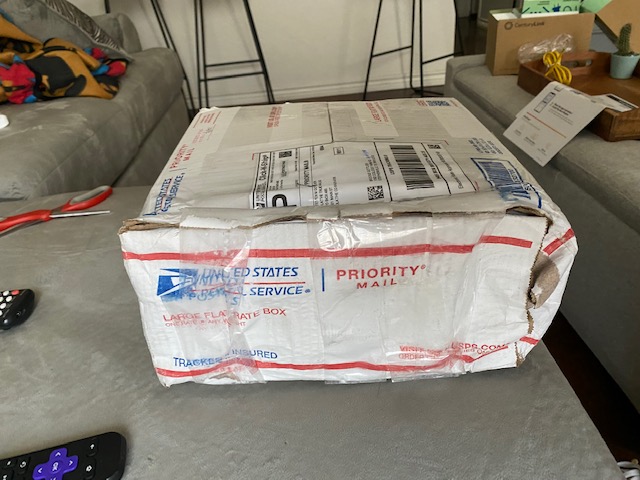 ...all bets are off.
As it turns out, the only item that arrived damaged was the ghost mug, which really bummed us out because I purchased it specifically because it matched a large candle that Queen B purchased earlier in the month.
Because I will not be defeated by the US postal service, I immediately went to Marshalls to see if they had another mug. As luck would have it, they did. Two, in fact. So, I did the reasonable thing and I purchased both. Plus, you know, a cute little dish and spoon set that will also match the ghost theme and that I did not spy on my original trip to the store. It was fate. 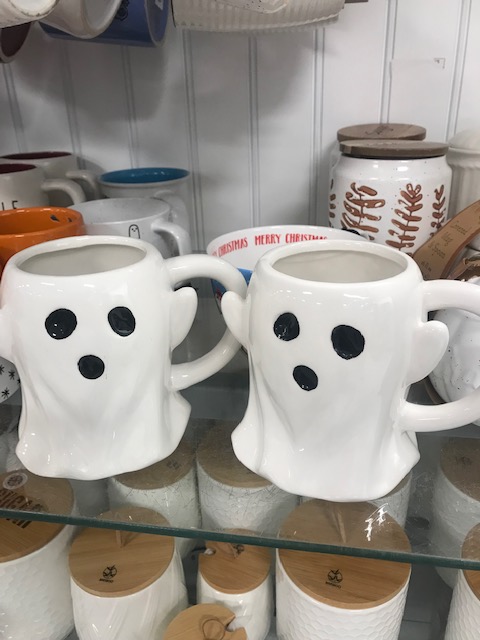 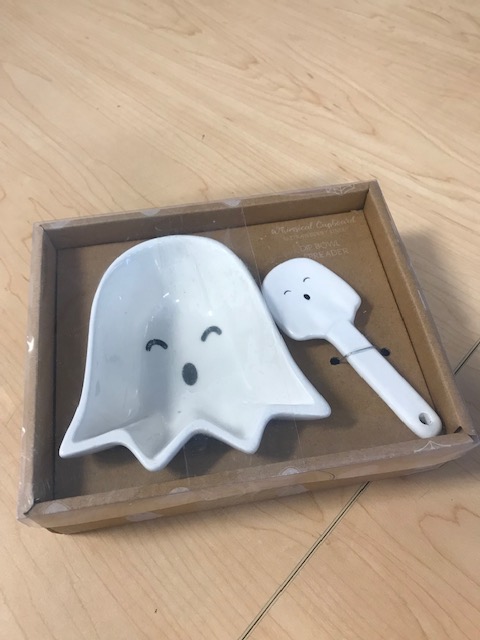 A new (super well wrapped) package is on it's way to Texas as I type this.
In the meantime, Queen B sent pictures of her gifts in place around her apartment. I am so happy she liked everything. 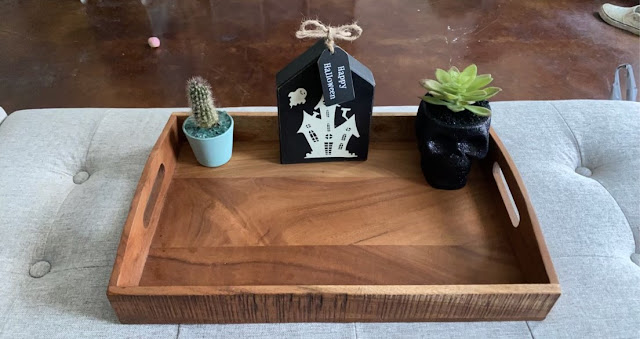 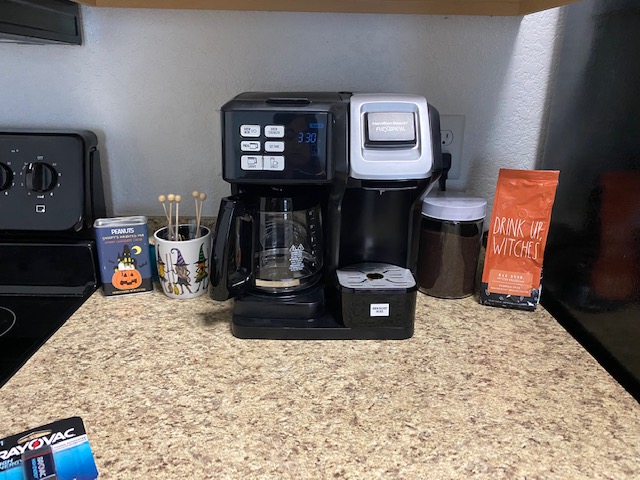 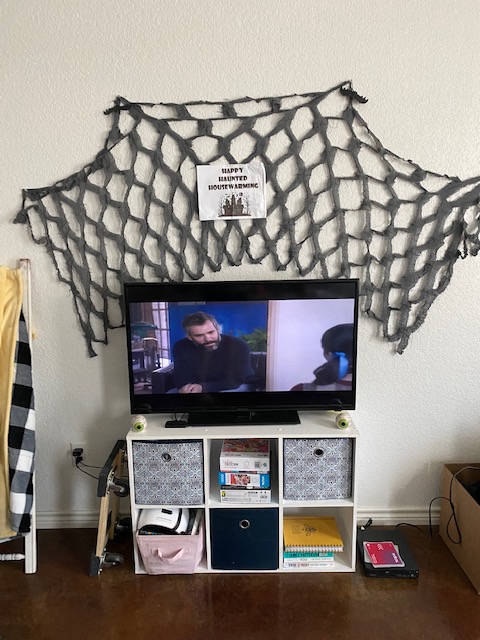