Today is the last day of my staycation; it's a bonus day since, when I originally put the time on the calendar, I didn't realize that today was a federal holiday for which we close the office. I'm using it to finish the last of the items on my original To Do list, including meeting with the Man-Cub to box up his room.

What has the rest of my time looked like?

On Thursday, I got my hair done. I am now the closest that I have ever been to embracing my new natural hair color (gray. It's gray). I don't have a picture, but trust me; it's a huge change.

On Friday, I trimmed my roses; they are in their final bloom and I will be sad to see them go. Hugh is blowing out the sprinkler system tomorrow, so they will be withering away, soon. 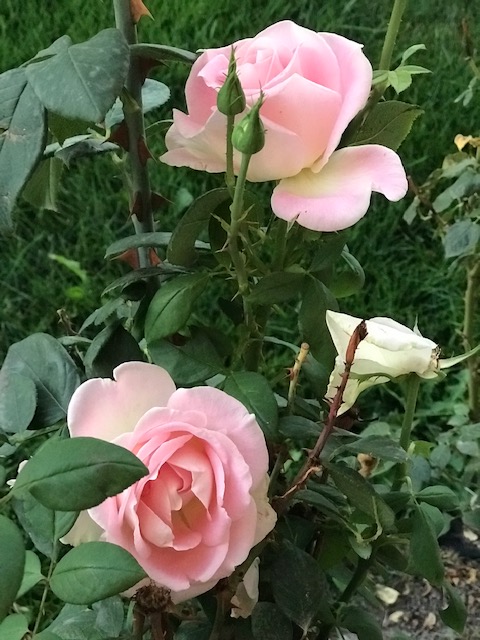 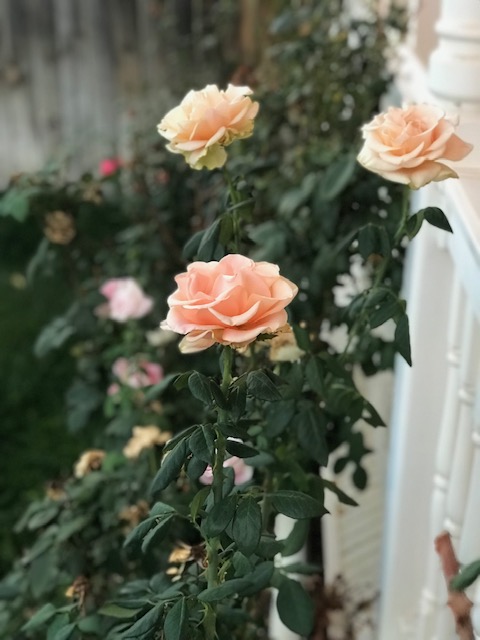 I also took a stab at organizing my office/craft room. It was probably the worst it has ever been, but that is mainly due to the stuff that I brought back from Mom's when we moved her, including her wedding dress... 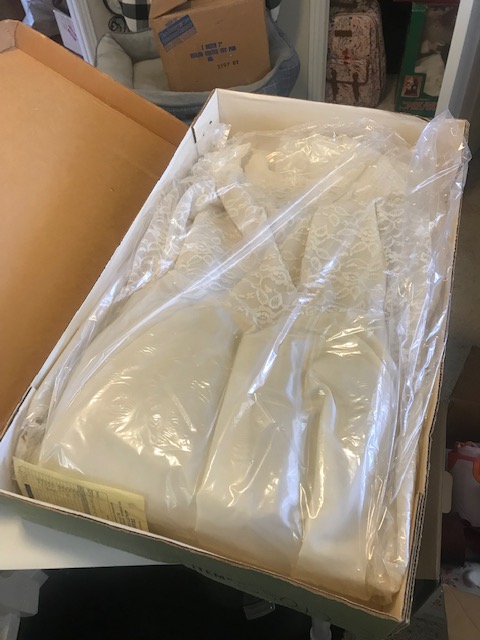 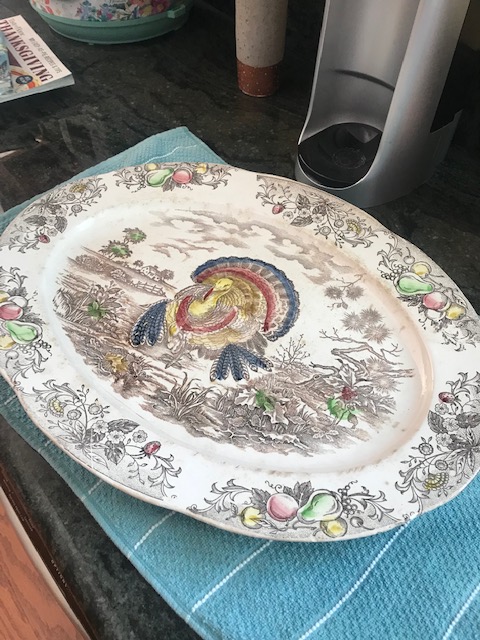 ...and my grandma's old decorating set. 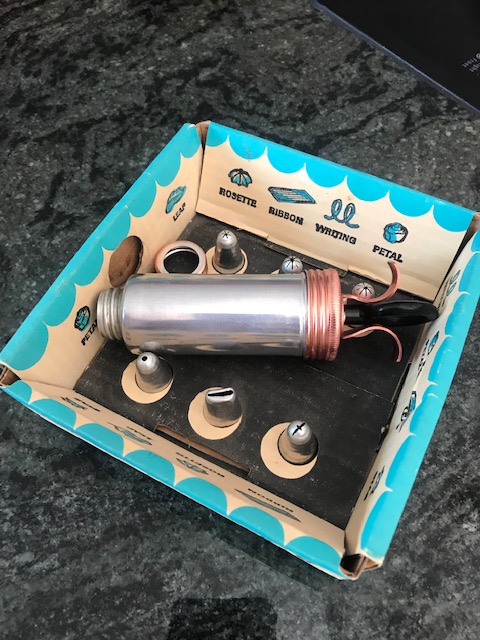 I barely made a dent in the room, but it looks better than it started out... 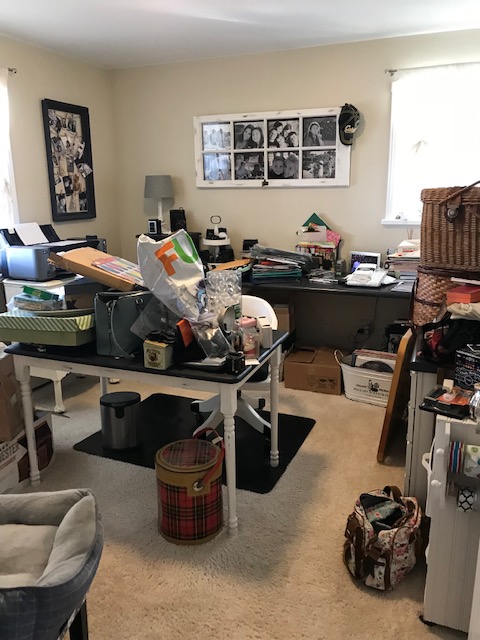 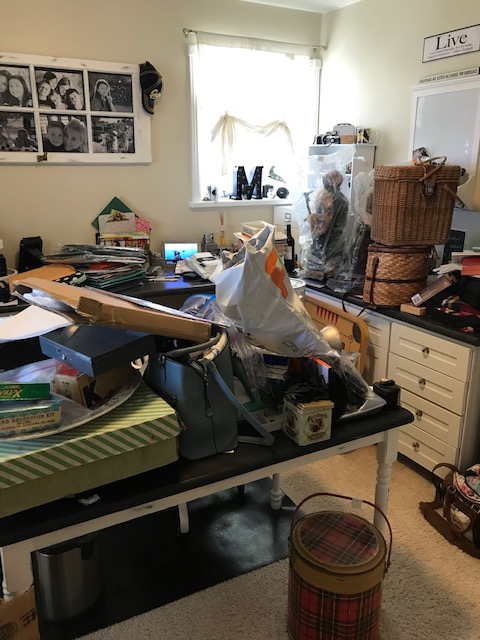 Later that day, I helped Mom with a few more things at her place before going to an appointment with my dermatologist, after which I grabbed a box of Crumbl Cookies because they are right next door to the dermatologist. Also, I was intrigued by the caramel apple and pumpkin cookies that were in this week's rotation. 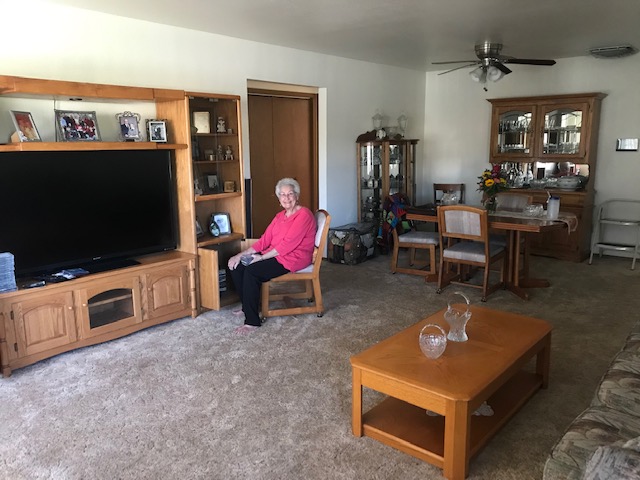 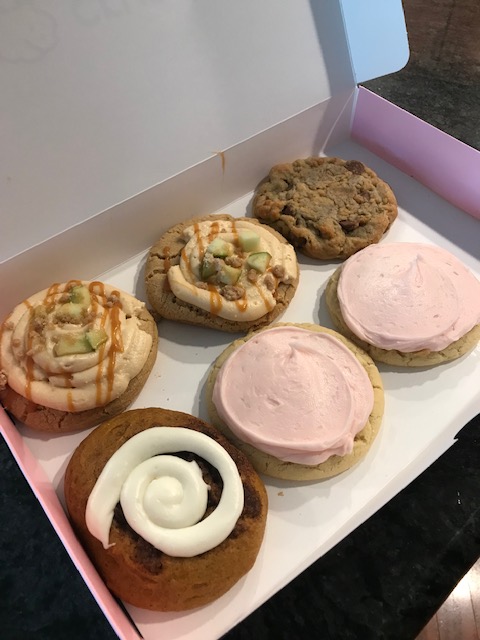 On Saturday, I harvested beets, squash, and peppers from the garden. I also discovered a handful of green beans and a huge cucumber. Not sure how I missed it in the garden before, but it was quite obvious on Saturday. 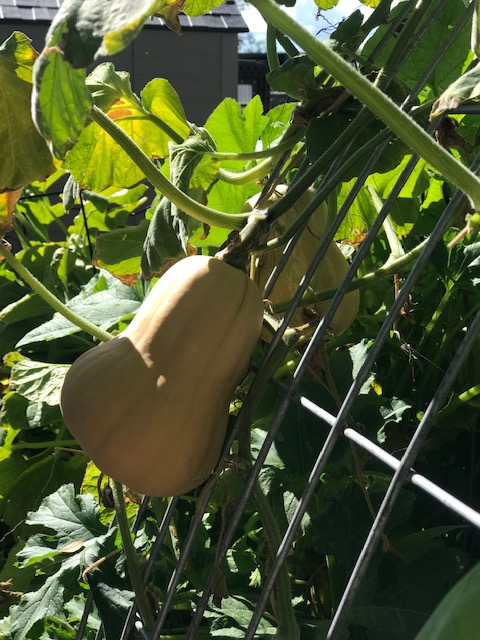 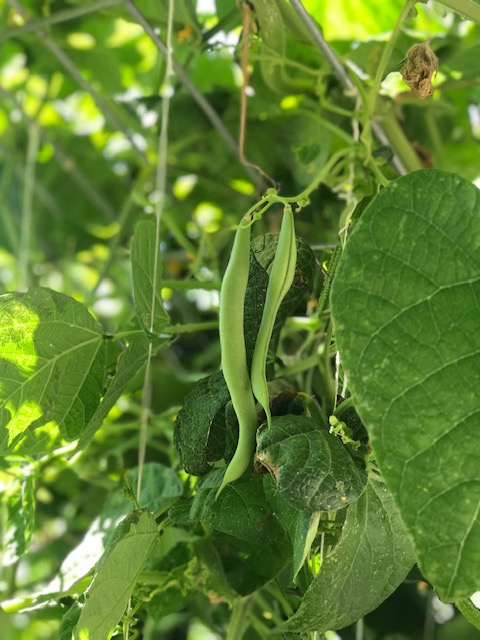 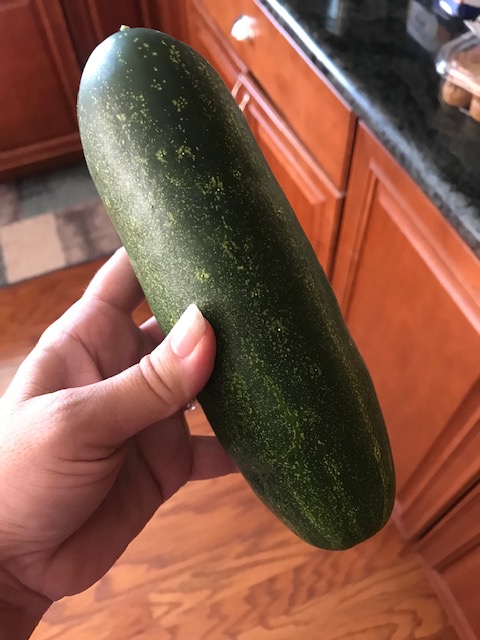 Saturday night, Hugh, Mom, and I went to Shanti's surprise 21st birthday party. Her parents threw it at a local VRBO, and we got the chance to meet her sister and one of her brothers, as well as aunts, uncles, and family friends. It was really nice and I am so happy that the Cub is with someone that we not only love, but whose parents also love him.
As we were leaving the party, we passed one of the antique stores on Main Street; where I snagged a free vintage wicker flower stand. Hugh asked me what I planned to do with it. Spoiler! I did this: 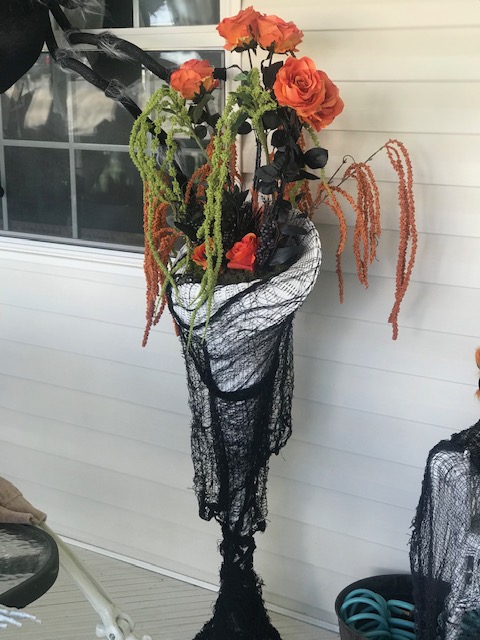 I'm not 100% satisfied with it yet, but I'll tinker until I get it right.
I mentioned in a previous post that we also lost Finnigan unexpectedly on Saturday morning. Hugh and I took his body to the crematorium and are waiting to get back his ashes. We are still adjusting to not having his fat ass around, being alternately adorable and annoying. It's hard to lose a pet.
To keep Hugh's mind off the loss, I enlisted him to handle the skeleton display on Sunday. It's not completely finished yet (Hugh plans to set up the lighting today), but it is coming along. Can you guess the theme? 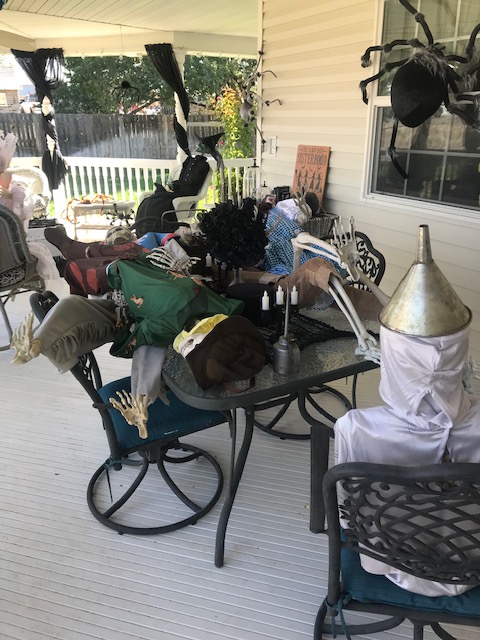 Anyhoodle, that wraps up the wrap-up. I'm off to attack my closet in an effort to pare down on even more crap that I can no longer wear.
That was high on the To Do list for this staycation because I know how to have a good time.