This Christmas was typical, yet different in so many ways.

It was Mom's first Christmas away from Mayberry, which was very different, yet, her new house is already so reminiscent of the old house; it looked and felt like Christmas back home.

As with other Christmases, family visited. Queen B arrived on the 19th, which gave us the whole week before Christmas to visit and enjoy one another's company. 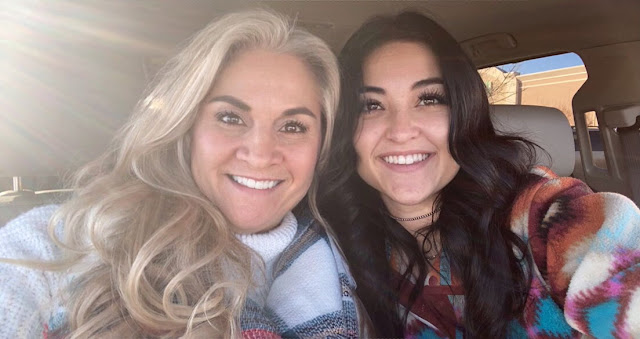 The Rodeo Princess arrived on Wednesday, and the Rebel Without a Pause and his daughter arrived late Thursday night; while they couldn't stay through Christmas day, it was good to see them, and they got to spend a bit of time with my sister Midge, who arrived Friday.

Unfortunately, on Friday, Mom fell in the street while delivering cookies and other treats to neighbors in her new neighborhood. She, the Rodeo Princess, and my great-niece were crossing the street to return home when my great-niece accidentally knocked into Mom's knee, causing her to lose her balance and fall. She ended up in the emergency room, with what would be diagnosed as a broken wrist. 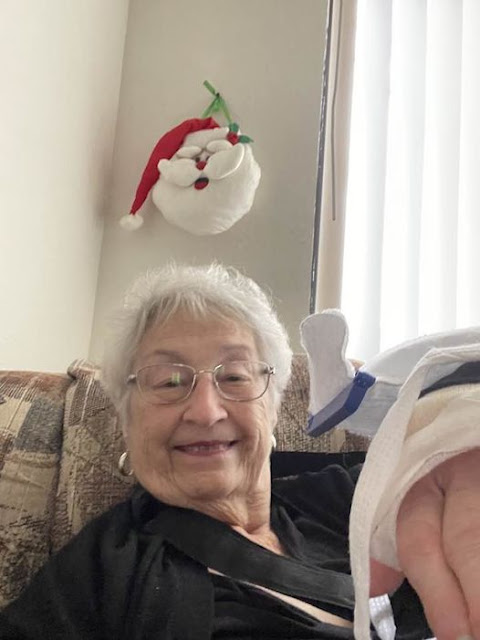 She took it like a champ, and, I knew she would be ok when she was joking about the hot doctors in the ER. We teased the Rodeo Princess about missing her opportunity for a Hallmark Christmas love story; city girl, home for the holidays, meets hot doctor after a Christmas cookie accident, yada, yada. But, hey! It could happen.

Anyhoodle, Mom is doing fine and I get to say that it didn't happen on my watch (whew!). She even made it to the Christmas Cocktail Contest that I wrote about in a previous post, and, she spent Christmas Eve with us. Granted, she slept in a chair, but, she was there (the recliner was the most comfortable option for her).

We had a full house on Christmas Eve. Mom, the Rodeo Princess, Midge, Queen B, the Man-Cub, and Shanti all spent the night. On a typical Christmas Eve, we open new holiday pajamas, but, this year I decided to do something a little different; I bought everyone a fuzzy blanket in a print that I thought matched the personality of each recipient. For example, Mom's blanket had wiener dogs in holiday sweaters, which we all agreed was perfect, given the loss of her wiener dog, Roper earlier this year.

The blankets were a hit, and now I'll have to come up with something new for next year.

Christmas day started bright and early, with mimosas, Mom's homemade cinnamon rolls, and gifts. When the last of the wrapping paper, ribbons, and boxes were cleaned up, I started in the kitchen, cooking a feast for twelve (which ended up being 13, but I'll get to that in a minute), including turkey and stuffing (I roasted the turkey in an electric roasting pan, which was a first for me), glazed ham, mashed potatoes and gravy, broccoli cheddar rice, cranberry sauce, and rolls. 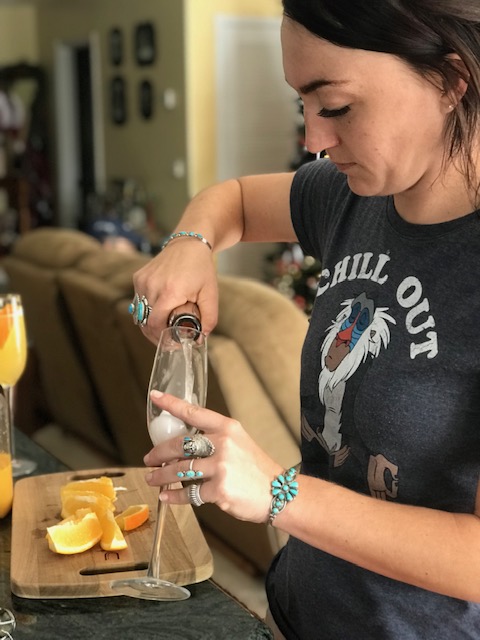 I also made homemade eggnog, which was a first for me. Oscar had challenged me to try it and I found a recipe online. It turned out so good, it definitely deserves it's own post, but suffice it to say; Oscar considered the challenge answered and Hugh thought my home brew was superior to the eggnog he bought at the liquor store. 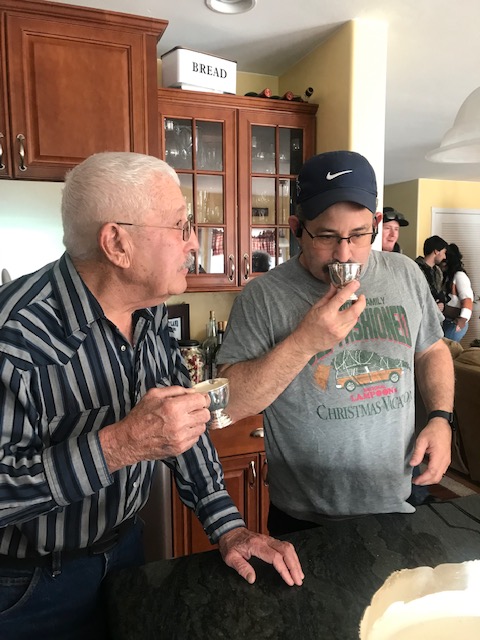 As I was serving up the first cups of eggnog, Shanti's parents arrived for dinner. I invited them earlier in the month when Shanti mentioned that her older sister and brothers wouldn't be in town for the holiday. We really enjoy their company and I was hopeful that they would accept the invitation, which they did. In addition, Shanti's brother who was supposed to be in the Dominican Republic with his girlfriend's family, joined us for dinner when his flight was delayed for the third time (hence, dinner for thirteen instead of twelve).

I was so happy to have a full house, and, while I did a shit job of documenting the day in photos, the memories will last for some time to come. 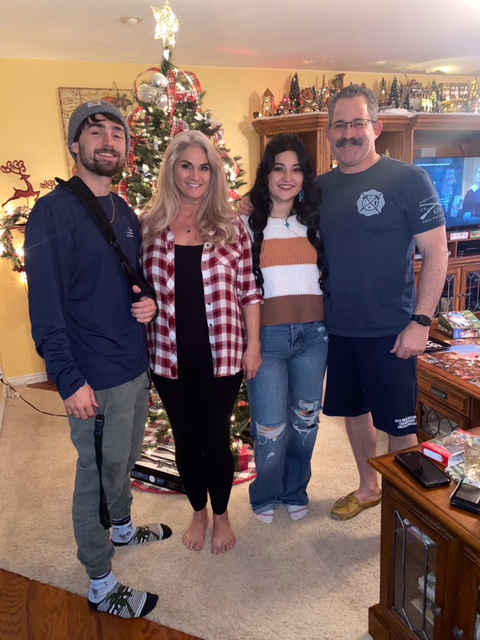 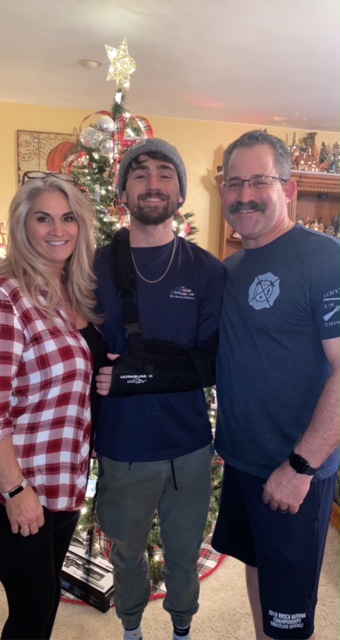 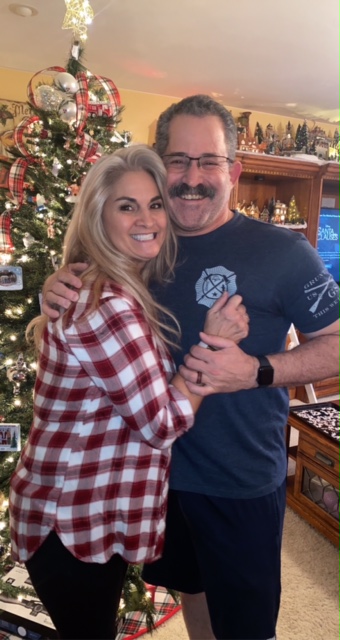 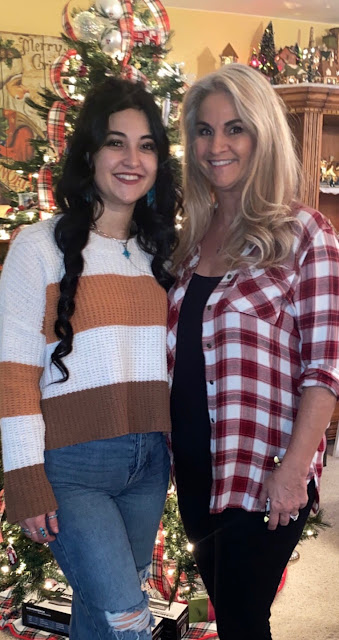 And, that's a wrap for Christmas 2022! I hope your holiday was wonderful, whether typical or full of new experiences; both are to be enjoyed and cherished.