Recipes From the Porch: Bourbon Eggnog

Ok, I wouldn't necessarily serve this on the porch, but, I could if it were warm enough outside in December. It's Colorado; you never know!

Anyhoodle, a little back story on the recipe: earlier this month, I took the Seniors to see a play at the community theater in Hooterville, and, afterwards we went to Mom's house for cocktails before dinner.

Mom was playing holiday tunes on the record player, her house was decked out for Christmas, and we were all feeling very cozy and nostalgic. Oscar and I got on the topic of old fashioned holiday things, and, eggnog came up. Oscar challenged me to recreate the eggnog of his youth and I accepted.

The recipe I settled on is from the Cocktail Contessa, and, after the sampling that we did on Christmas day; I can say that it is a keeper. 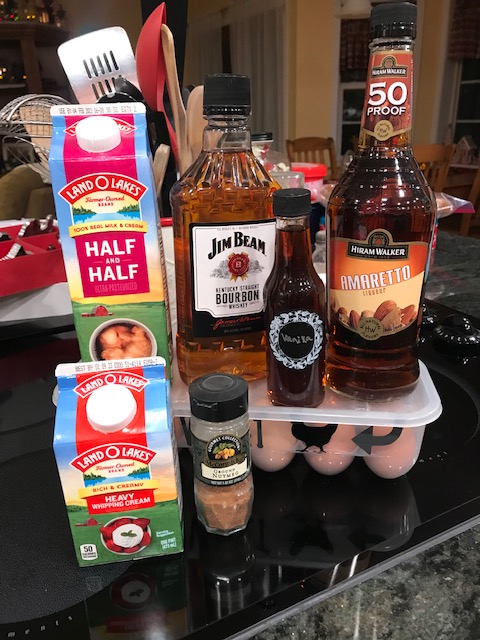 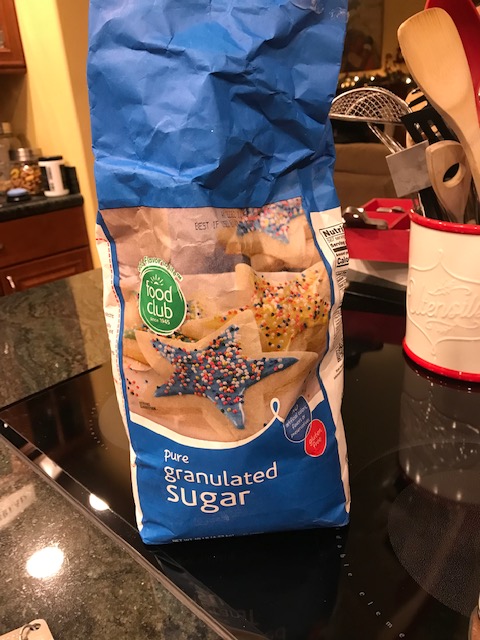 1 3/4 c sugar (pictured separately because I forgot it in the first photo, because of course I did)

3 c half and half

1. Separate eggs, reserving whites for another recipe, or, tossing down the garbage disposal (that's what I did, which is probably a crime, given how expensive eggs are these days).

2. Beat egg yolks in standing mixer for 5 minutes, or until lightened a bit. 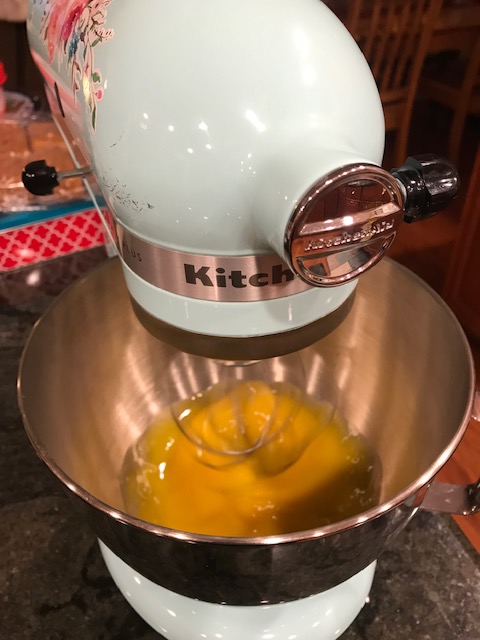 3. Add in the sugar and mix until the batter is a thick, cake batter-like consistency. 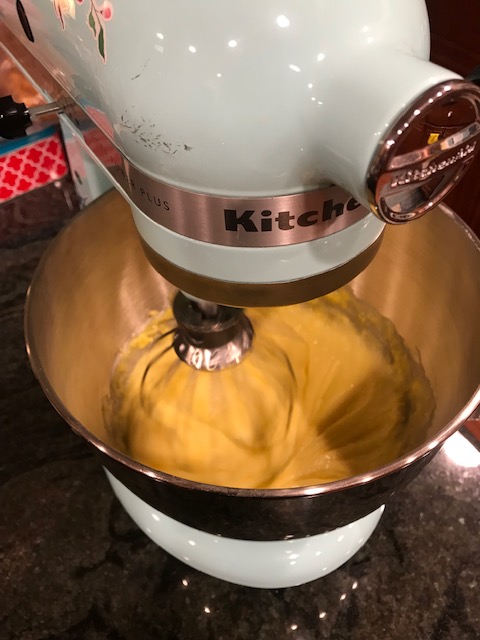 3. Add in vanilla and nutmeg.

4. Add bourbon and amaretto a tablespoon at a time, mixing constantly.

5. Transfer to a glass container and refrigerate at least 24 hours. Three days to a week is better (I refrigerated mine for four days). 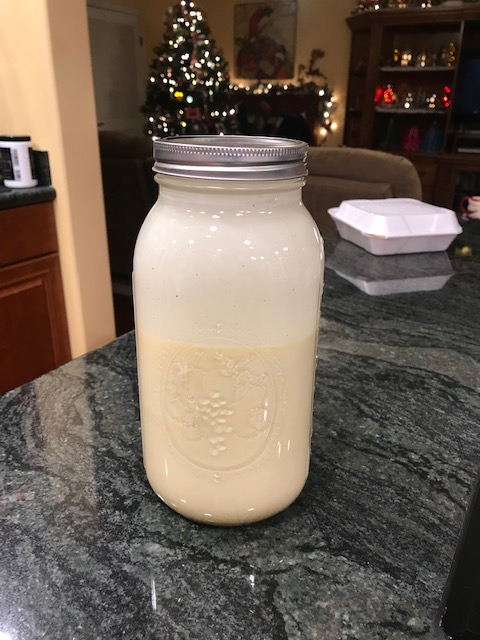 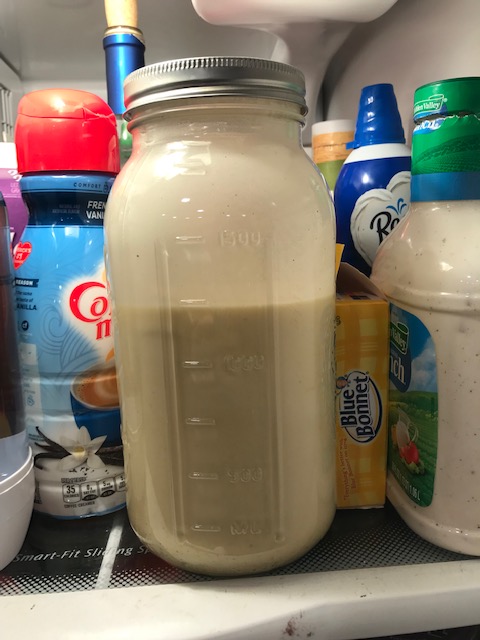 Remove from fridge and  fold in whipped cream* and half and half. Add additional bourbon now, if desired (I didn't, it was perfect as it was).

Store in fridge until ready to serve. Garnish with grated nutmeg and a cinnamon stick, if desired.

I served my eggnog in a silver punch bowl that I had chilled in the freezer for half an hour. 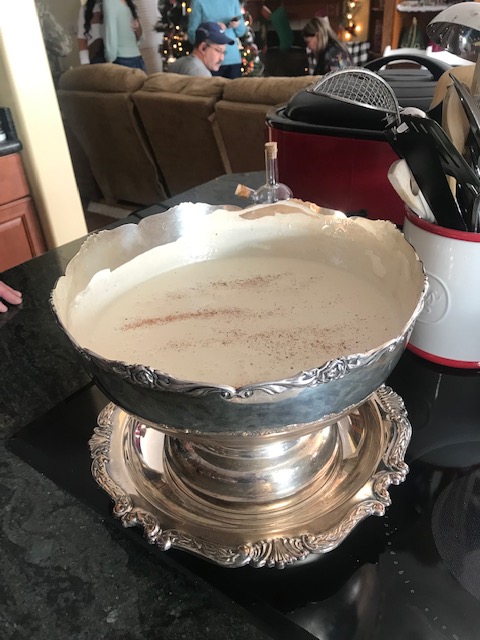 This recipe makes quite a bit and I stored the leftover in the glass mason jar that it originally fermented in. I plan to serve it again on New Year's Eve, assuming Hugh doesn't drink it all before then.

*Be careful not to over whip: If you do, use a whisk to incorporate into the eggnog. Don't ask me how I know.