We Bring You Greetings of Yuletide Cheer

This past Friday night, my family held our 2nd Annual Christmas Cocktail Contest. You may remember that we started the tradition last year, so; it's a pretty new addition to our holiday festivities. If this year was any indication, however, it's only going to grow and grow.

Competing this year: Queen B, the Rodeo Princess, myself, and Mia, who is one of Queen B's college friends. In attendance were: Hugh, Trevor (Mia's fiance), Mom, my sister Midge (who made the last minute decision to drive from Arizona for the holiday this year), and my nephew, who you may remember as The Rebel Without a Cause, on this here blog.

The judging was conducted the same as last year, with everyone in attendance rating the drinks from 1-10 in two categories: Presentation and Taste. Each contestant had time in the kitchen to privately prepare their drink, after which they presented it on a tray. Each cocktail had to have a name, of course.

The Rodeo Princess went first, with a Mrs. Santa Claus Mistletoe Margarita. I found her presentation quite pleasing, and I enjoyed the taste of the drink, which is why it was so surprising to me that she came in last in the competition. 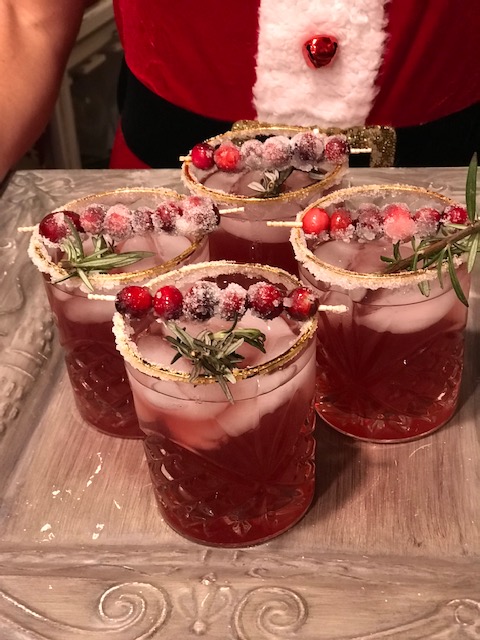 I mean, really, I was next, and while my Red Nosed Reindeer was cute and all, the Irish coffee was nowhere near as good as that margarita and I'm not too proud to admit it. 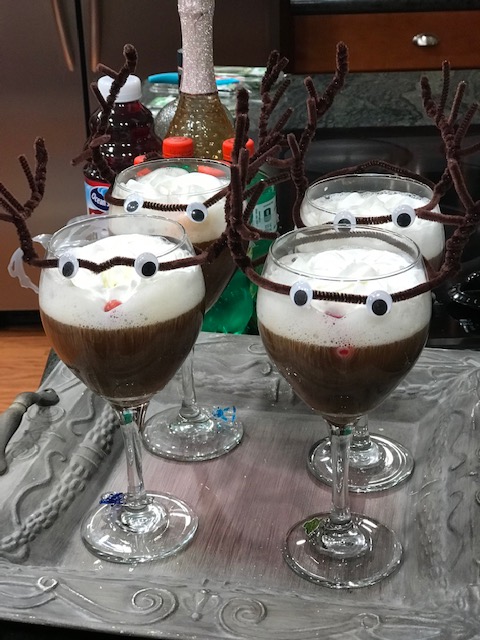 Queen B went third, and her Grandma Got Run Over by a Reindeer was over-the-top in presentation. It featured whipped vodka, champagne, Sprite, and grenadine and it was also quite tasty, which probably explains why she won (second year in a row; you can bet we are all gunning for her next year). 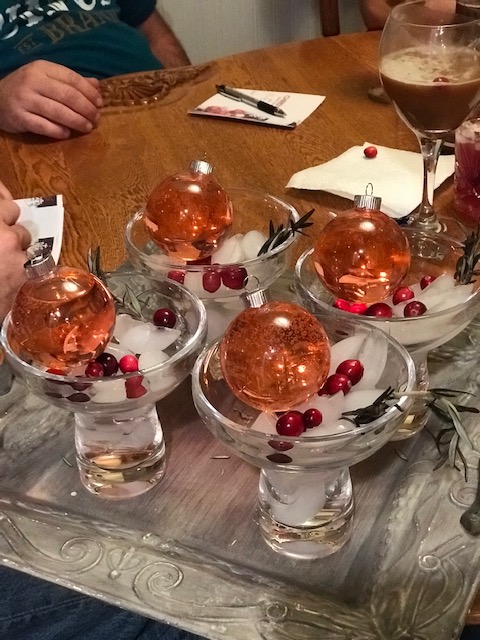 Mia's offering was a Perfectly Peppermint and it was both pretty and tasty. She got second place for it, which was well deserved. 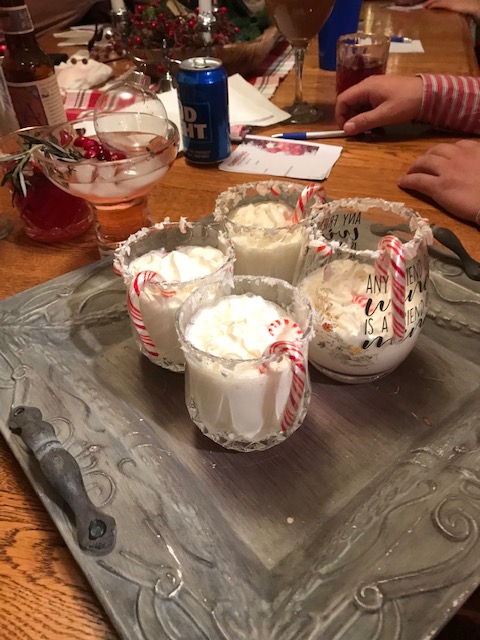 The evening was so much fun! I had purchased the cutest Santa jumpsuits at Marshalls and we all looked adorable (if I do say so, myself). 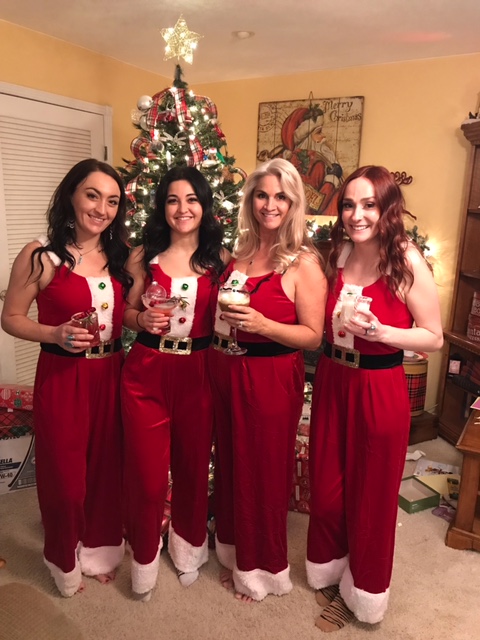 The girls liked the idea so much, we agreed that next year, contestants will be requited to wear a costume that represents their drink. We also agreed that the previous year's winner goes first (The Rodeo Princess went first this year and she came in last. I went first last year and I came in last. We were sensing a theme). We also decided that we need more categories for the judging, so we are going to include ratings on the name of the drink and on the relationship between the costume and the drink. It should make the competition even better.

Plus, after we posted the video of the event on TikTok, we had several friends who reached out to say that they are in for next year's contest.

See? It's just going to grow and grow!