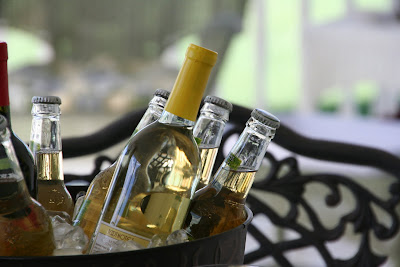 Last night's Porch Night was the best attended and longest-lasting Porch Night yet, starting early and continuing on well into the night. I'm sure that is partly due to the fact that it was the first Porch Night of the season but also because we hadn't all seen each other in quite a while and women do need their Friend Time. 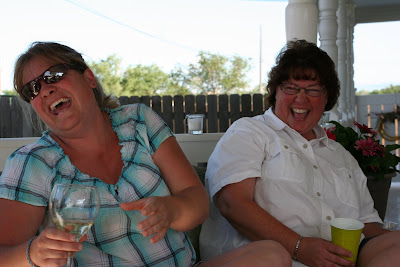 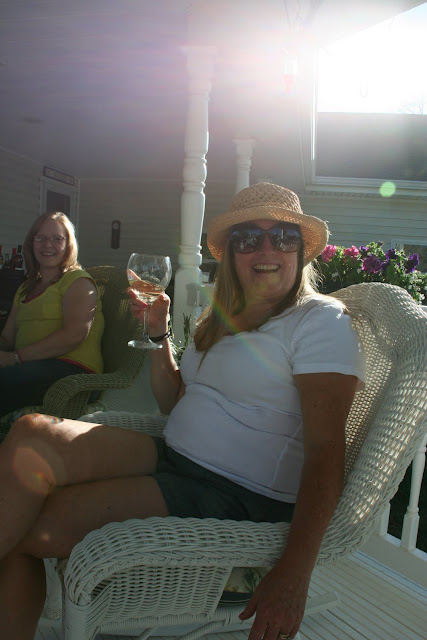 While my friends and I were catching up on the porch, the kids were flying on a sugar high, courtesy of the old fashioned nostalgic candy that I had purchased for the evening. 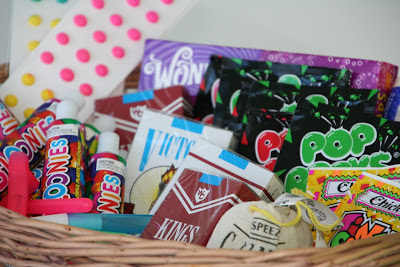 That high was eventually exhausted thanks to rousing games of croquette and badminton on the lawn and a moonlight bicycle parade down the block.

The Teenager borrowed Lulu and led the parade, honking the ooga-ooga horn all the way although; she would totally deny that if confronted and my greatest regret is drinking that last glass of wine, thereby rendering myself incapable of taking a decent picture with which to provide the necessary evidence of the act. Eh, next time.

And, speaking of next time; our next Porch Night is going to have a movie theme, with hamburgers and hot dogs on the grill, plenty of popcorn and candy and, a double feature playing in the garage. We are all looking forward to it and, for the record, I promised to make sure the movie is appropriate for all audiences, unlike say, my husband who, if you recall, took my children to see an R-rated movie (and the porch goes wild, HE TOOK THEM TO SEE WHAT?! OH, HELLZ, NO! Ha! I love my friends).

In the meantime, we are back to the daily grind. I am driving The Teenager and one of her friends to the college in Neighboring City today for volleyball camp. I would make a joke about dropping my baby off at college but; the day that I actually have to do that, like for realz is just around the corner and I prefer to continue thinking of her in terms of snow cones, bicycle parades, badminton on the front lawn and star-gazing on the trampoline on a sultry summer night, for as long as I possibly can, thankyouverymuch.

Because nostalgic Porch Nights are one thing; being nostalgic for children who have outgrown me will be quite another. 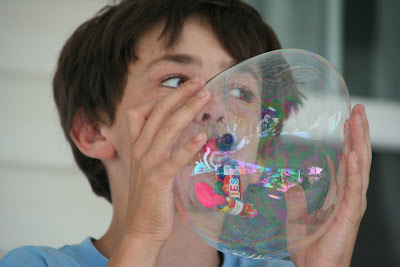