Don't Look at Me in That Tone of Voice

A few months back, The Teenager was telling me a story about something that had happened to her at a fast food restaurant and, while I can't recall the exact conversation, it included a bit of information that I found suspicious. When I asked her to clarify the point, The Teenager gave me a look that clearly stated "I am telling you this again only to patronize you, you feeble-minded old woman".

I have been the recipient of That Look numerous times since and, while I suppose I should be insulted; it never fails to crack me up, instead. Maybe I am feeble-minded. 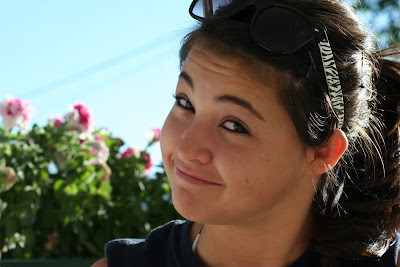