It was a year ago, today, that we lost Gilligan. We still miss him but, Finnigan has been a great comfort to us in our grief. When he isn't gnawing on my ankles or using me as a human pin cushion for his claws, that is. 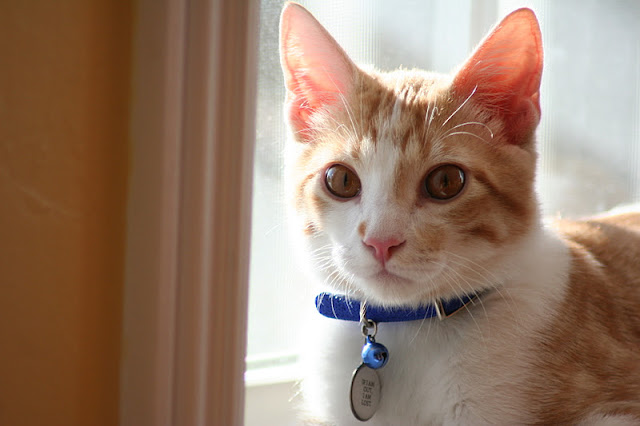 Although he is now about five months old, Finn has retained some of his more kitten-like qualities, specifically, his desire to nurse. He's pretty particular about what he nurses on, preferring either The Teenager's or the Man-Cub's fingers over mine or Hugh's. The Man-Cub is a bit more patient with him than The Teenager so, he is Finnigan's most frequent target. 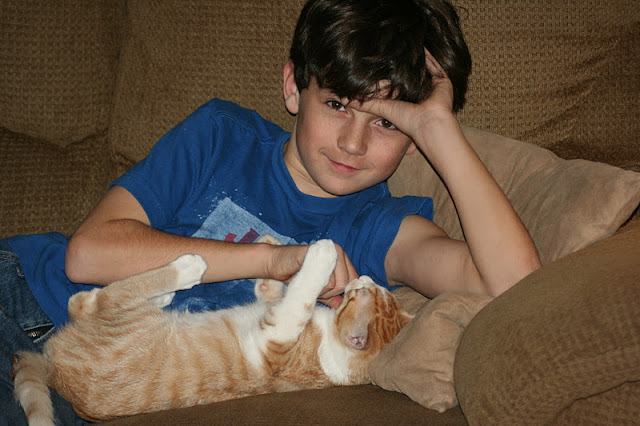 Next month, Finn goes in to be neutered and declawed. The vet seems to think that will calm him down a bit but, I'm not convinced and, frankly; I would miss his antics were that to happen.

I wouldn't miss the ankle-biting one bit, however. 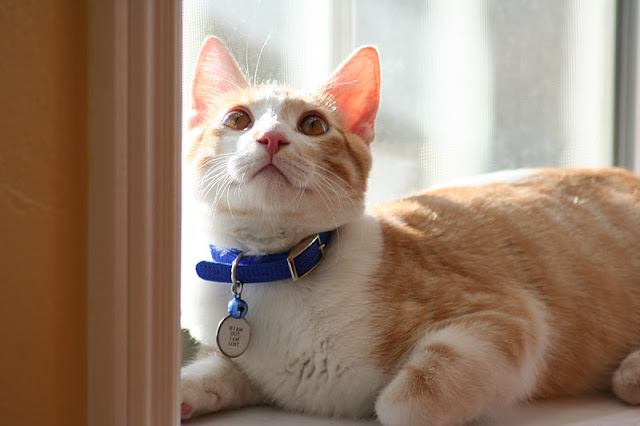