And History Was Made

Our weekend with the Pod People was lovely, and, we miss them, already.

When they arrived on Thursday, our first order of business was to attend the first of two basketball games, where, because he wanted to make the three-hour drive worth their time, the Man-Cub scored his first three-pointer. His grandparents weren't the only ones who were delighted; the shot was so pretty, I sighed in appreciation of the sight while the stands erupted in applause (the parents of The Fearsome Foursome are dedicated fans of the Cub).

On Friday night, my mother spoiled us with a hearty ham dinner, cooking for us because I was working and, I'm pretty sure; because she wasn't entirely looking forward to eating some creative concoction from the Great Pantry Purge of 2014 following my workday. She would never admit that, of course (her momma raised her right), but, I didn't just fall off the turnip truck.

Saturday morning, we were up early to attend the next basketball game, where the Cub was honored as a starter; his first time this season. I suspect it had to do with how well he had played on Thursday (the varsity coach had made it a point to approach me after the game to tell me how well he thought the Cub played).

To prove his worth as a starter, the Cub scored the first team points, and, throughout the game, scored an additional eight points as well as making some awesome assists and some really great defensive moves. At one point, he did a showy little dance to demonstrate his delight at having made a particularly challenging shot and the crowd rewarded him with whistles and applause.

I love that kid. 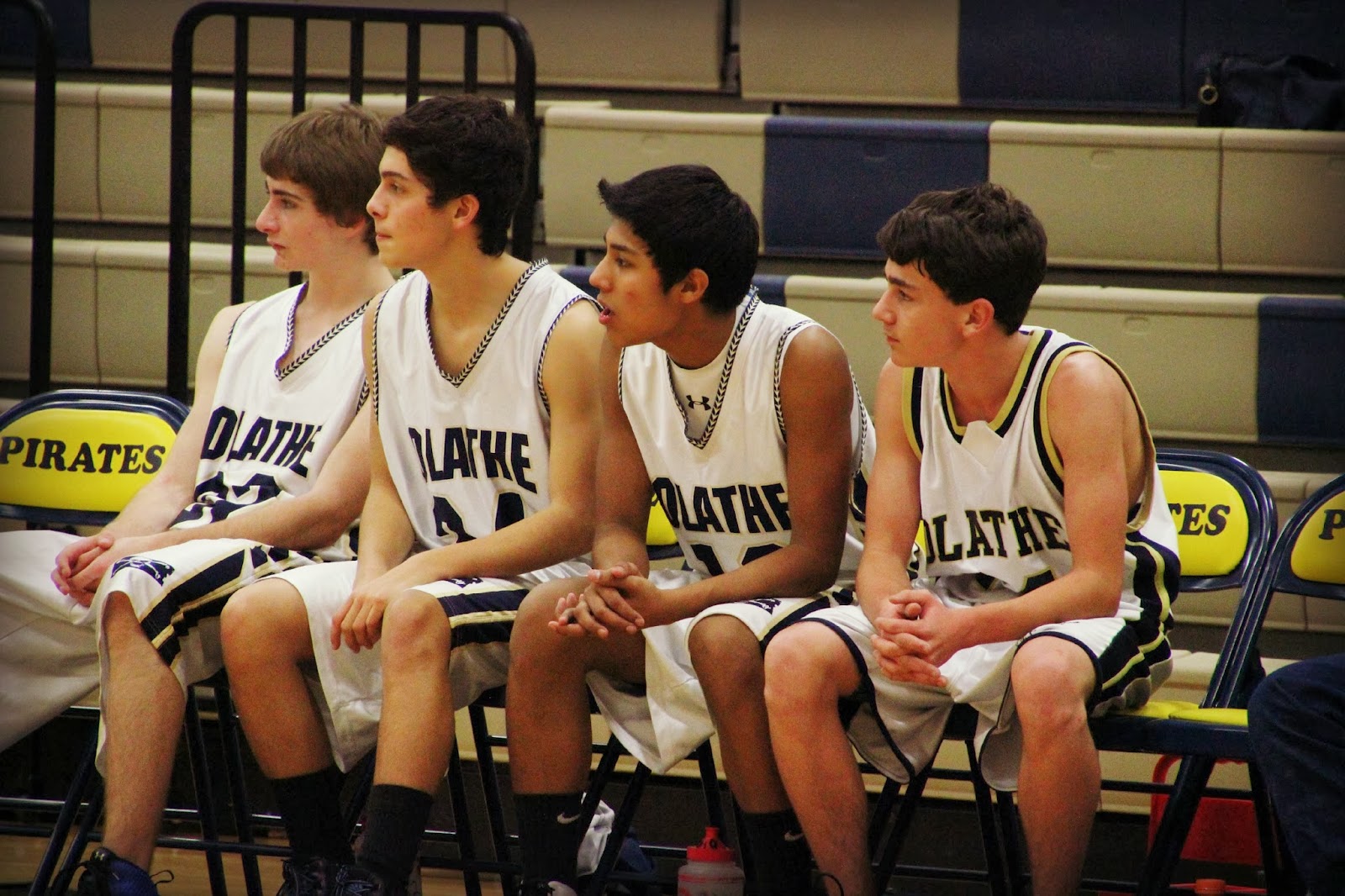 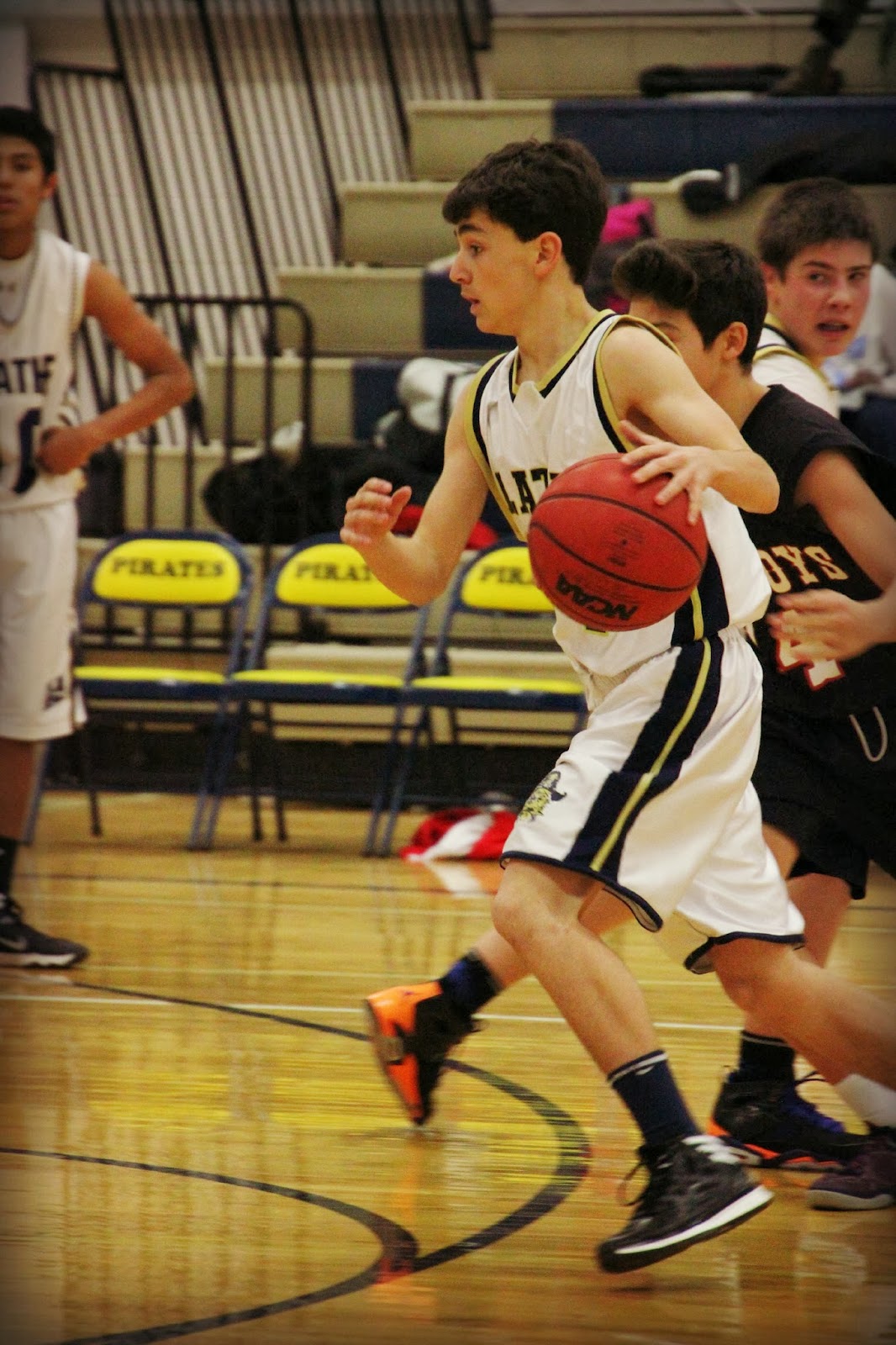 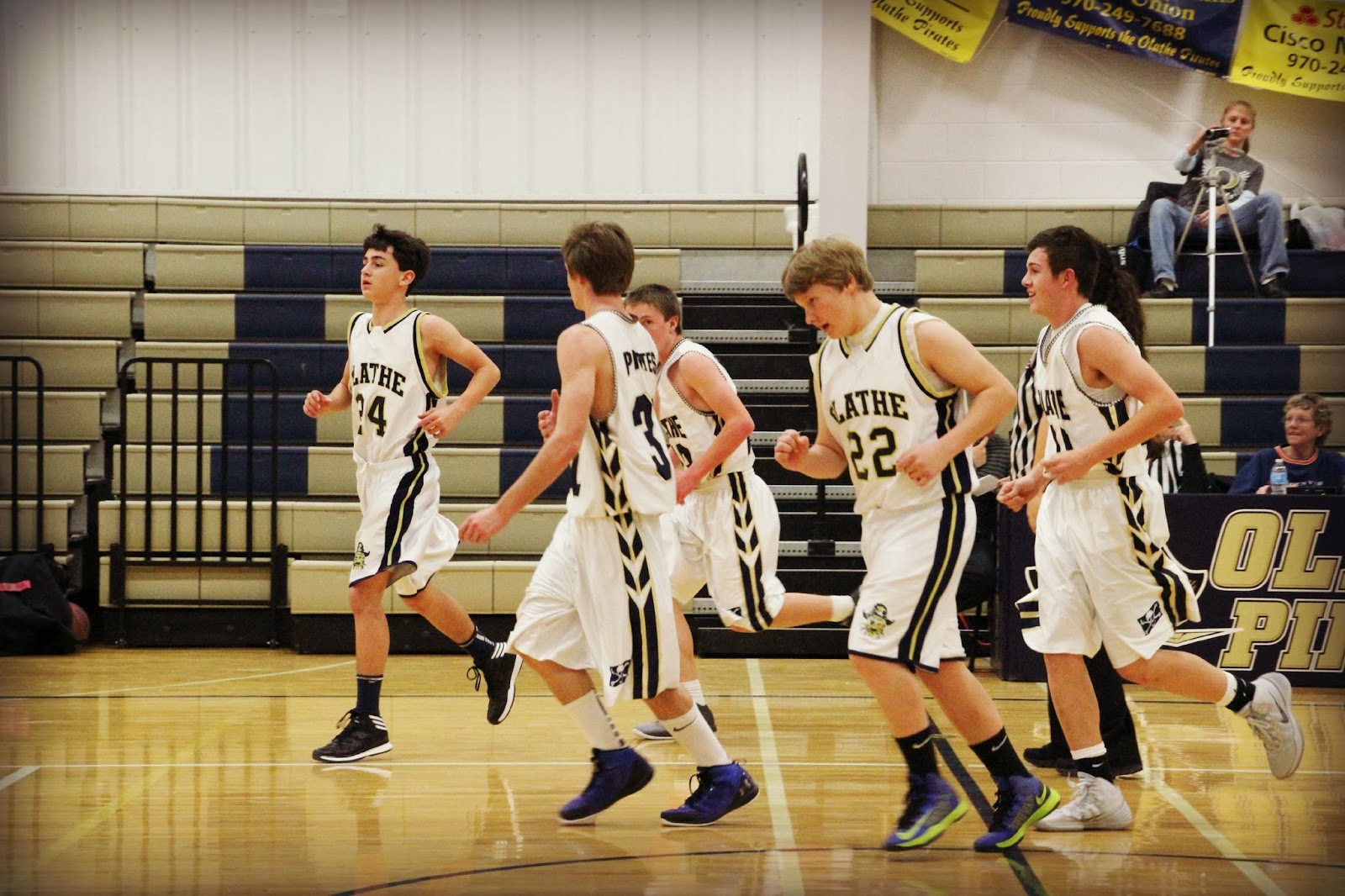 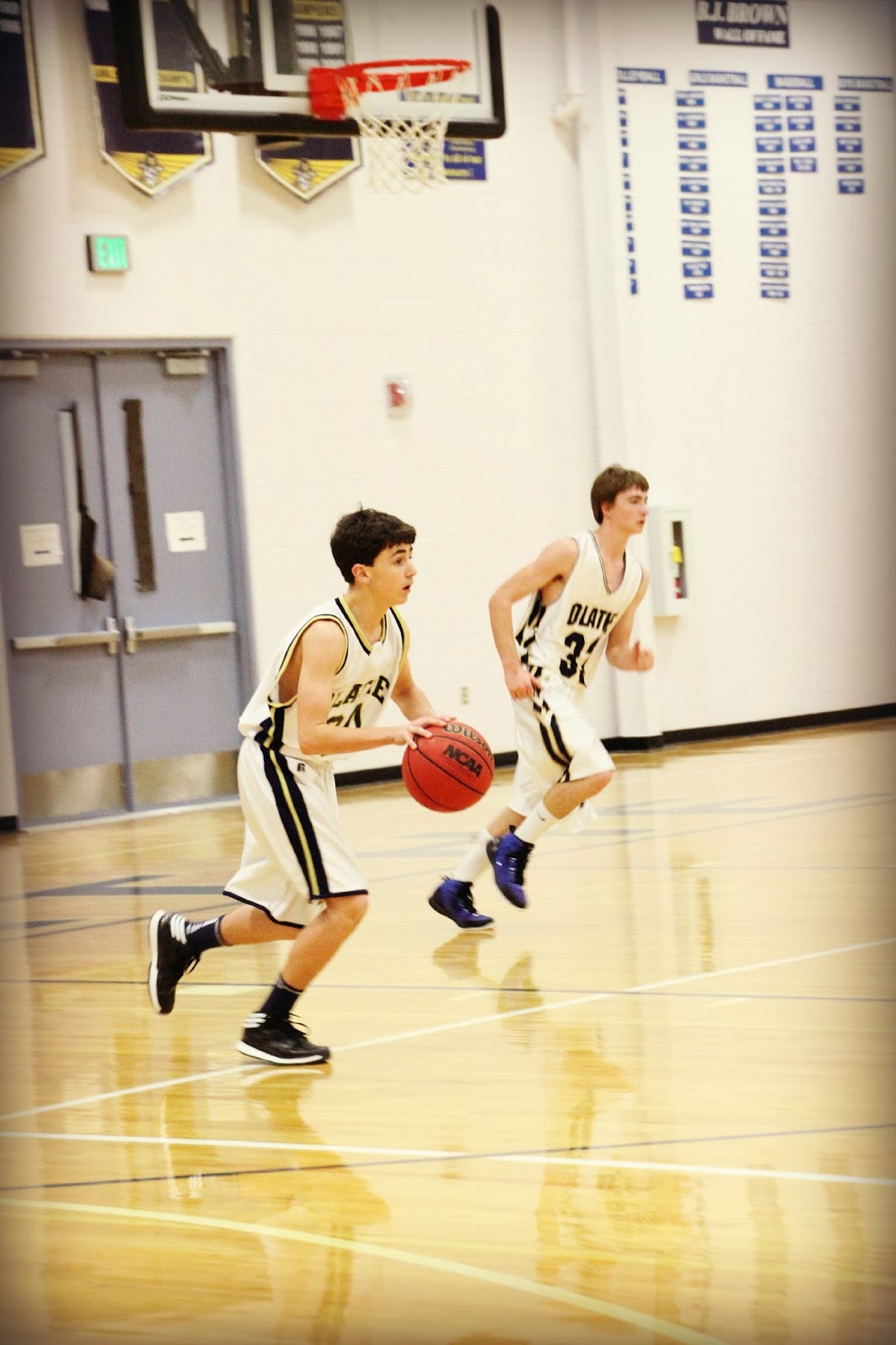 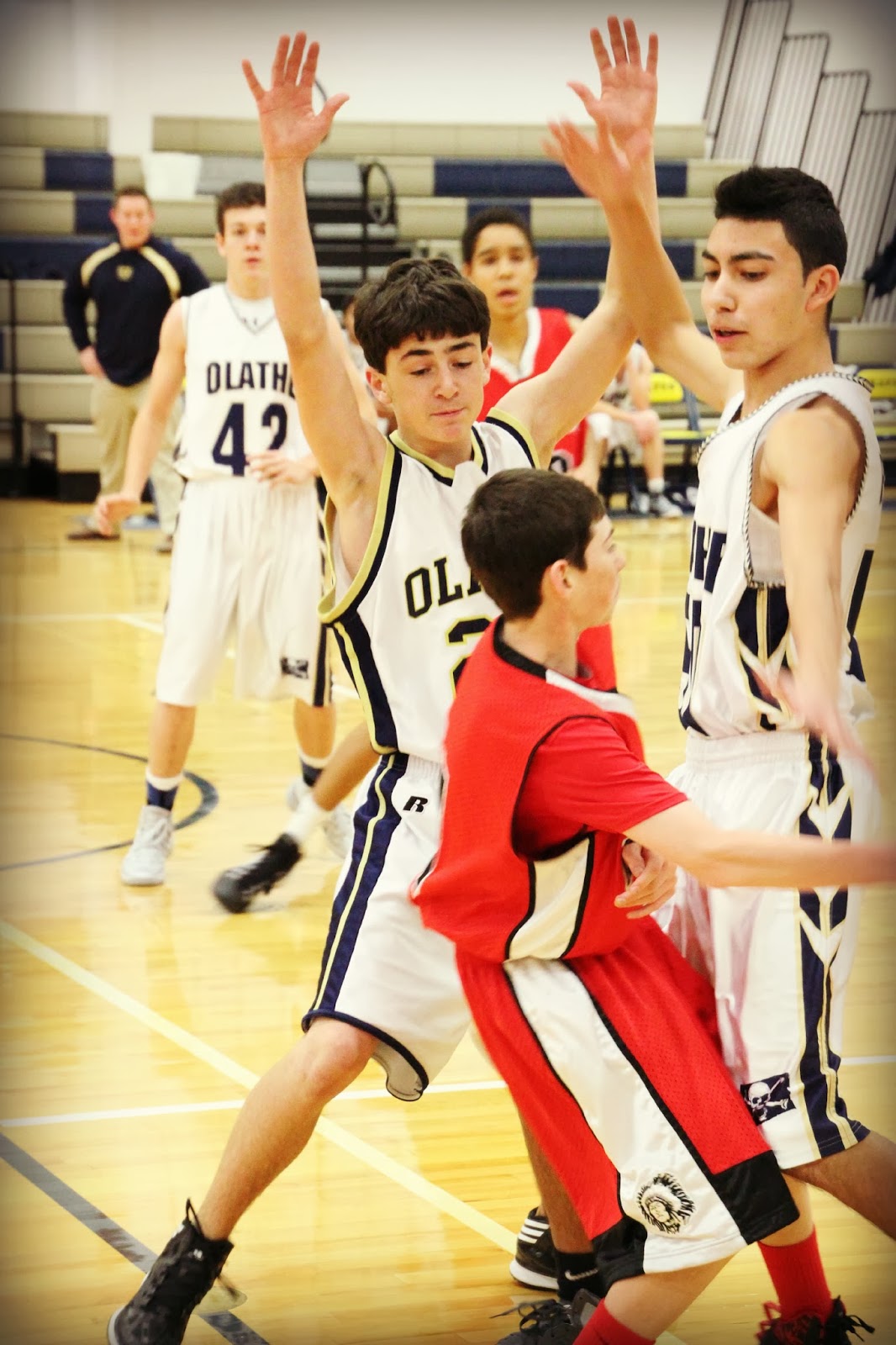 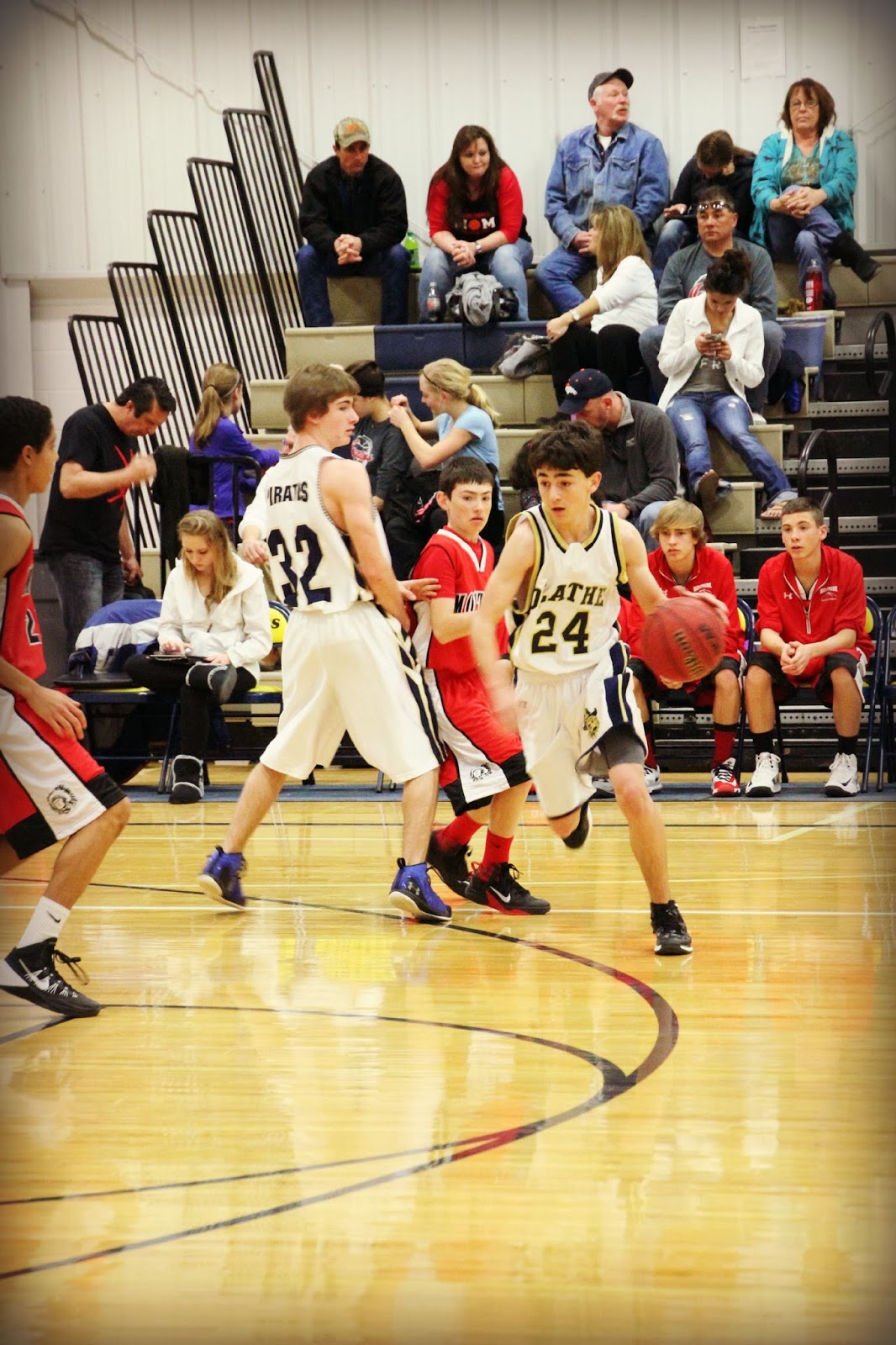 After the game, we went out to lunch and did a bit of shopping before picking up take-n-bake pizzas for dinner, which we ate while relaxing on the couch, enjoying the company of the Pod People for as long as we could before they had to head back home on Sunday morning. 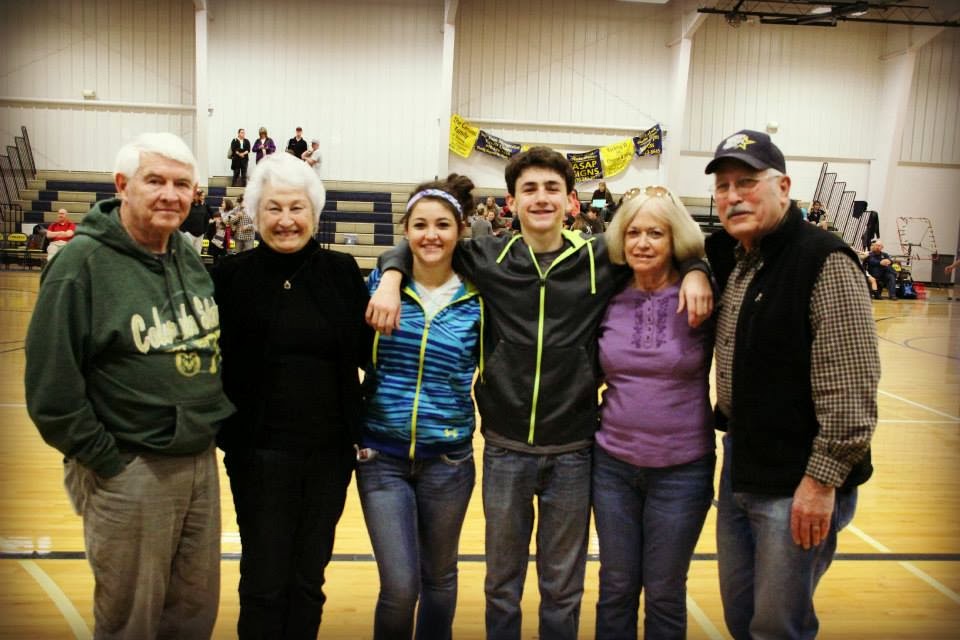 Of course, all good things must come to an end, and, this visit was no exception. The Pod People took their leave of us early enough on Sunday morning for my dad to get back to Mayberry in time to watch the Broncos earn a trip to the Super Bowl. At the time that he left our home, he was still waffling over the point spread that he was willing to commit to, but, I am assuming that he made out ok with his bookie. He's talented like that.

In our home, no bets in favor of either team were placed. We did, however, watch the game. And, by "watch", I mean; the game was on the television while The Teenager, six of her classmates, and several of their parents were in the room. We were discussing the kids' upcoming joint pre-graduation party (the kids graduate on Sunday, May 18th, but we are planning their party for Saturday, the 17th), so, there wasn't a lot of attention being paid to the contest, but; it was on.

And, the Broncos emerged victorious. As did the teenagers in my home, who convinced the adults that they really, truly DO need a bouncy castle at their pre-graduation party.

Well, I hope not.

On the other hand, that really would make for interesting stories for them to tell their grandchildren.

Seriously, though, stay tuned.﻿
Posted by Chelle at 8:47 AM