I forgot to mention that the Man-Cub received his first (and, hopefully, last) technical foul while playing in Saturday's game. The ref called the foul when the Cub dropped the F-bomb after being tackled by a member of the opposing team. And, if you just thought to yourself "there is no tackling in basketball", you have a fairly decent understanding of how a mild-mannered child could possibly let loose with an obscenity without realizing he was doing it.

The massive amounts of cold medicine the Cub had ingested earlier in the day probably contributed.

Anyway, yeah. That happened. The Cub apologized to the ref following the game and life went on.

Last night, the Fearsome Foursome played in the last game of their freshman season. As I made my way across the gym to ask them to pose for this year's group photo, I was struck by how much each of them has matured. The Cub now stands shoulder-to-shoulder with them, thanks to this summer's growth spurt, but, the maturity goes beyond a few extra inches in height. Happily, the maturity hasn't extended to their behavior, however, and; they were their usual selves while posing for the picture. 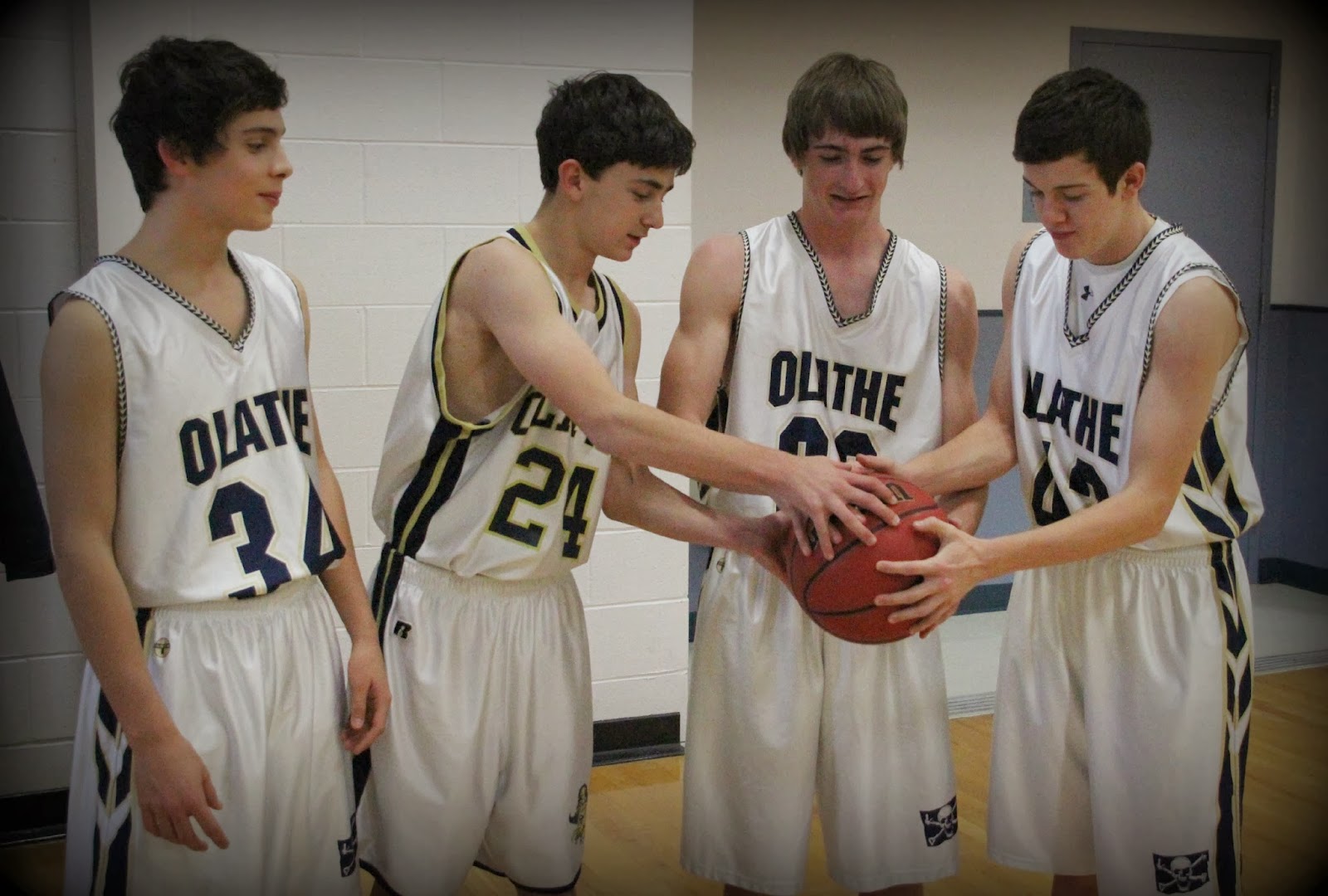 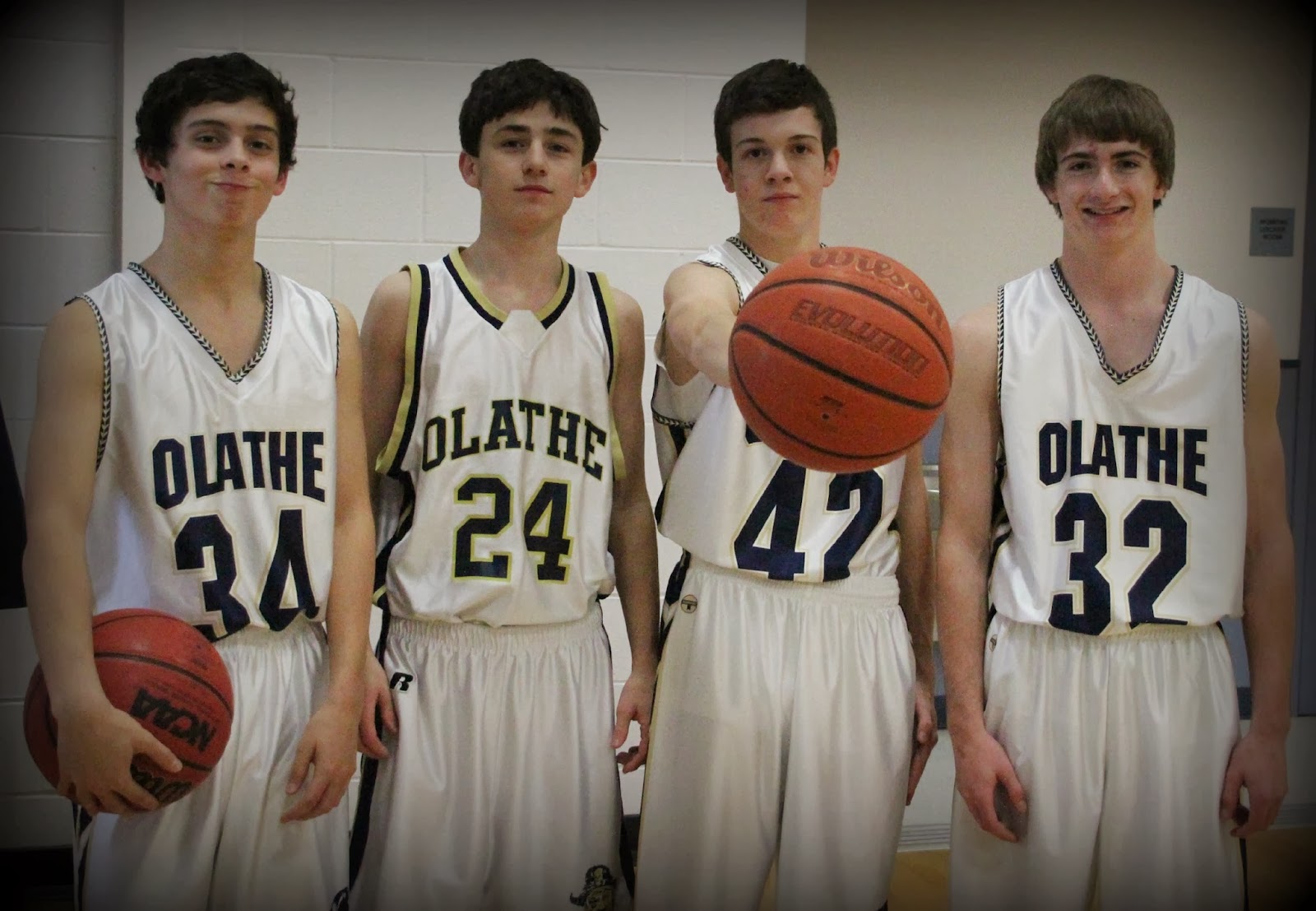 ﻿
The boys played well, coming from twenty points behind in the fourth quarter to ultimately lose the game by a mere point. The Man-Cub had his second three-pointer of the season and brought the coaches off the bench with a steal that ended in a two-point lay-up. His game has improved dramatically since the beginning of the season. 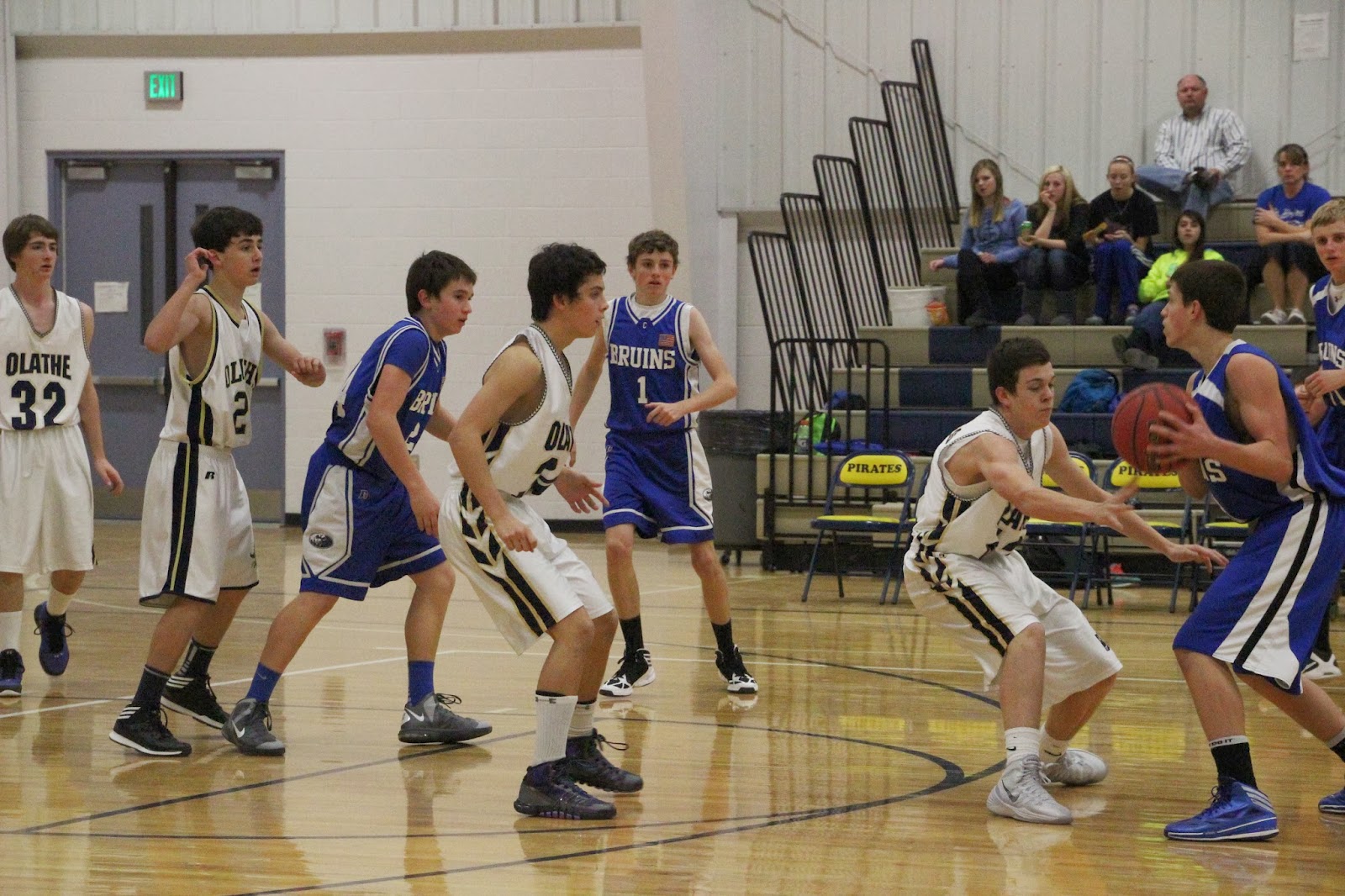 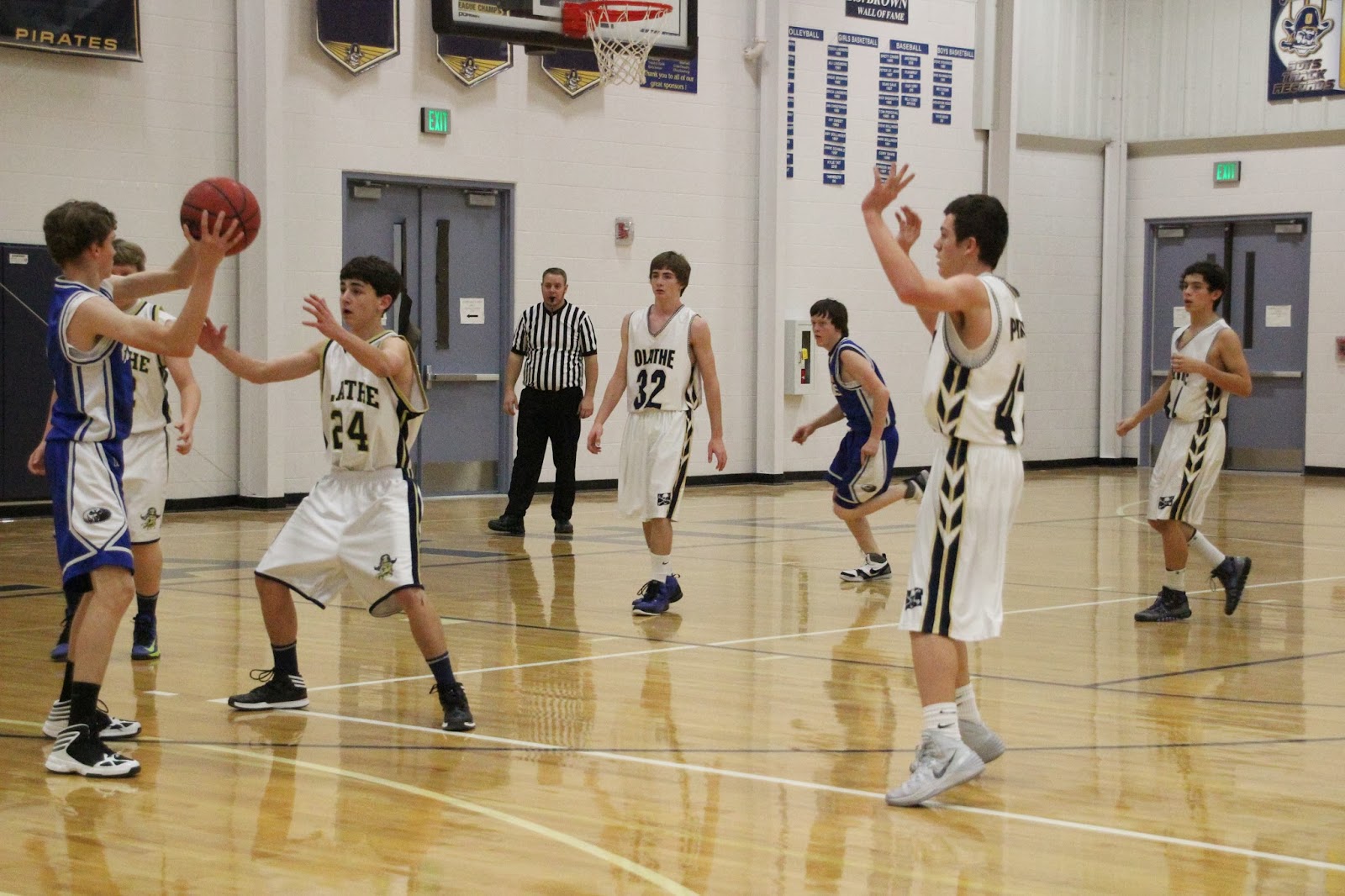 All four boys played well together and I know they will miss being all together (two of the boys also play on the JV team and will be continuing their season until the end of February) going forward.
On the bright side, baseball starts in March and they are all four planning to go out for the team. While I love these boys and enjoy watching their antics, I am not so much looking forward to baseball weather.
But I'll suck it up for these four. ﻿
Posted by Chelle at 7:39 AM