I start each workday with a cup of hot tea; a nice detox blend that makes me feel like I am doing something healthy for my body. The tea bags that I use feature a little saying on the tag; a saying meant to encourage me toward a Zen attitude for the remainder of the day.

Yesterday, my tea bag got a little preachy with me. I didn't like it. 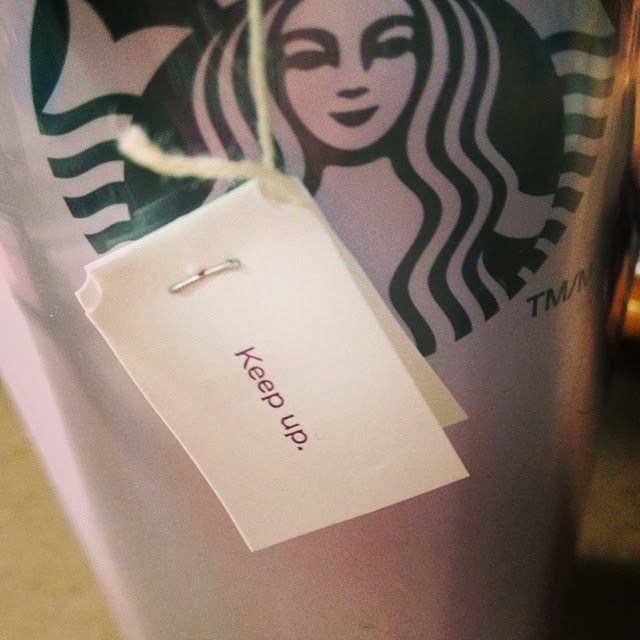 Teabag has no notion of the internal struggle that I face each day, fearing that the Man-Cub will miss out on my attentions while I fret over his sister. Teabag doesn't have a son who deserves undivided attention and a less-than-scattered mother.

Teabag needs to walk a few miles in my shoes before he tells me to keep up.
Posted by Chelle at 7:30 AM