I Didn't Think It Could Be Done

The Man-Cub got caught in quite the pickle at yesterday's second game of the double-header. He was caught between third base and home, and the catcher and third baseman were determined to tag him out.

The Cub was equally determined to beat the pickle and he raced back and forth, back and forth, midway between bases for a solid thirty seconds while his opponents played what looked like a game of keep-away.

While the pickle was in play, the Cub's teammate on first snuck over to second, and, when the Cub finally committed to his run for home; made it to third.

Then, as the Cub slid into the plate, narrowly missing a tag by the catcher, the crowd went wild. It. Was. AWESOME.

It was the first time I have ever seen a pickle end with the runner scoring and, I can assure you, the coach of the opposing team was not happy.

Our crowd? Very happy. I think some of us might still be chuckling at the memory of the Cub and his competition, going at it like an episode of The Keystone Cops. 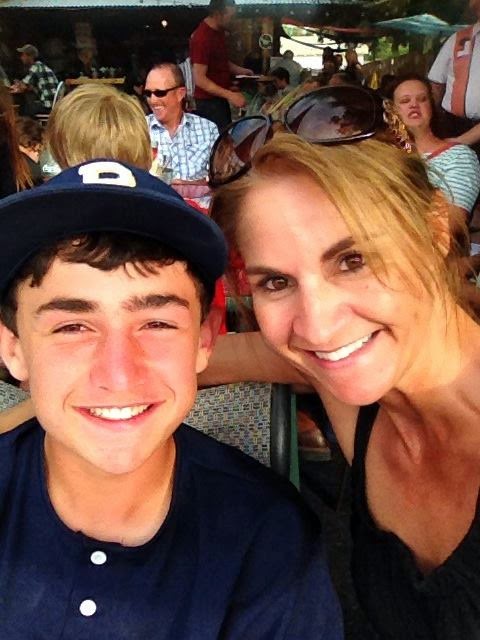