I just spent three hours pulling weeds out of my garden. Or, to be precise; pulling a weed out of my garden. That weed is commonly known as purslane and it is going to be the death of me. Or, it was until I Googled effective ways to get rid of the weed and discovered that, not only is it edible, but, supposedly quite tasty and higher in Omega 3's than salmon.

Sooooo, I chucked some in a sink full of water and, when it's washed an dried, I am going to try it.

It just might be the most successful thing that my garden has ever produced. I'll let you know. 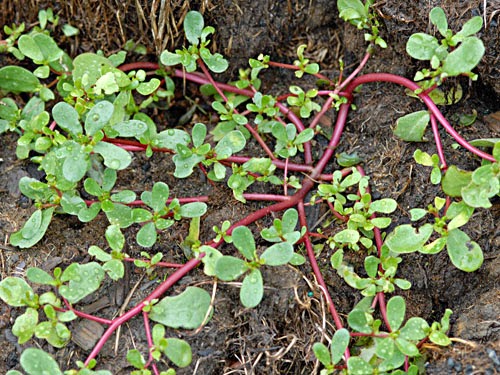