We had a very busy weekend at Casa de Chelle, with our time being split fairly evenly between work and play, and, I intend to write about that later in the day.

Right now, I want to write about the homemade vanilla extract that I bottled on Sunday. This project, while incredibly easy and simple, was seven months in the making, and I am beyond happy with the results.

I first learned about DIY vanilla from Pinterest, because, all good projects come from Pinterest (as do some really crappy projects, but, that is a post for another day).

The process required only two ingredients: alcohol and vanilla beans. I purchased a mid-priced bottle of vodka for my extract but it is my understanding that you could use a cheaper version and still end up with a quality bottle of vanilla at the end. You can also use bourbon, rum, or brandy, if you choose. 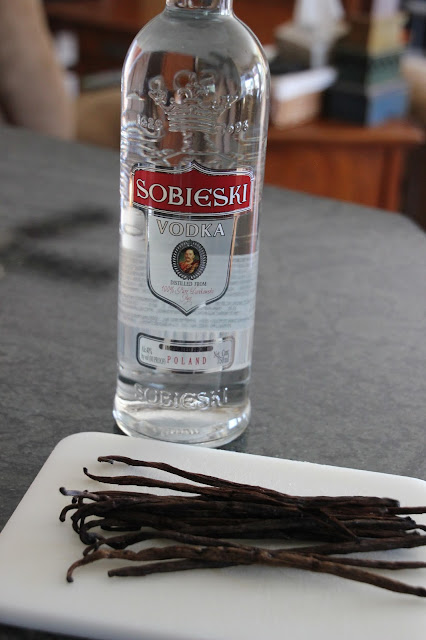 I did spend a bit more on my vanilla beans (Lord! Can they be expensive!) because I wanted a good, strong vanilla flavor. I found my beans on Amazon and I have more than enough for several more bottles of vodka. 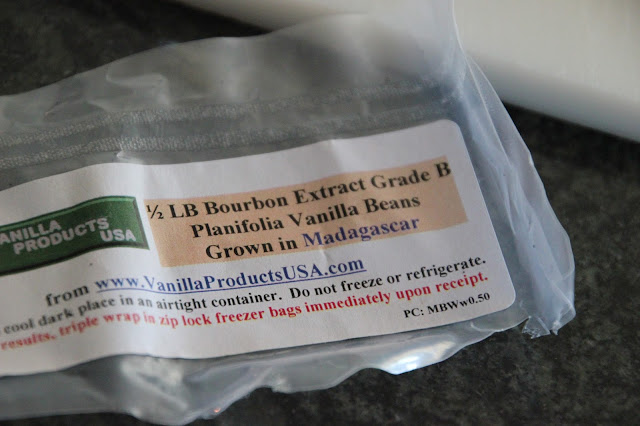 Grab a handful of beans (I use about ten per bottle), split the beans lengthwise down the center of the pod, exposing the vanilla bean paste... 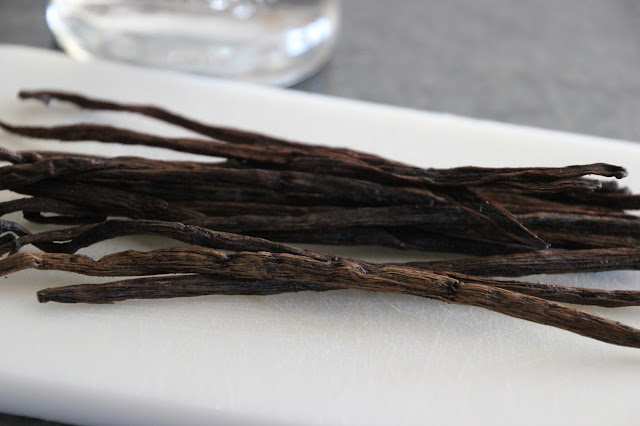 ...and plop them in the bottle of alcohol-you might want to take a good swig of the liquor, in order to make ample room for the beans-then, screw on the cap, give it all a good shake, and store it in a cool, dark place for four-to-six months, or more, depending on how dark you want your extract to be. 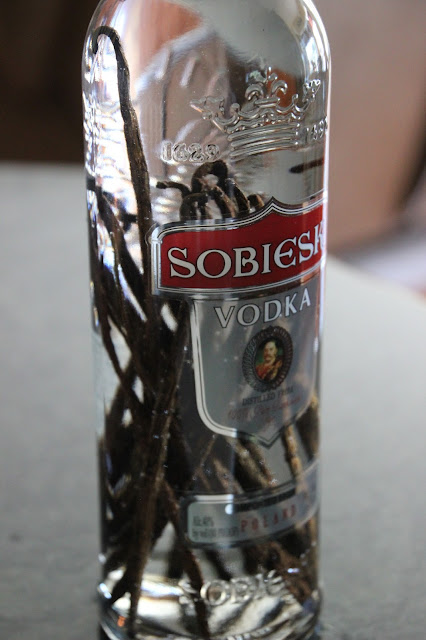 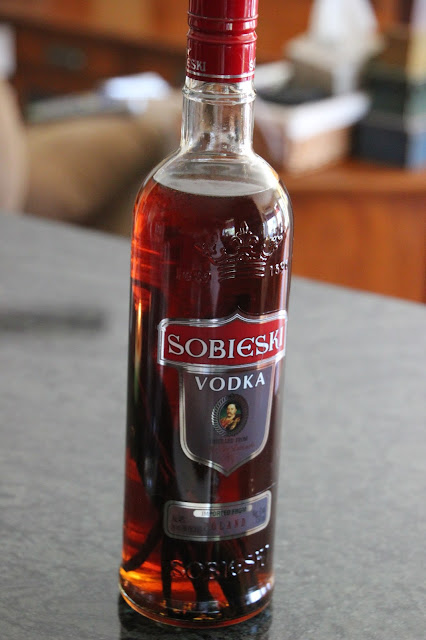 This is my first attempt, which made enough extract to fill four smaller bottles, which I labeled and intend to give to friends and family. I used six ounce hot-sauce bottles (also purchased on Amazon), and there was enough left over to fill a fifth bottle three-quarters of the way full. I'll keep that bottle for my own baking. 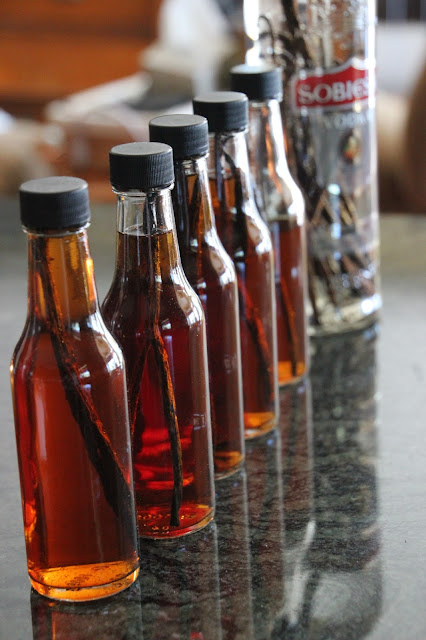 Also, I am a total spaz when it comes to pouring liquid, so, as you can see, I didn't get the bottles filled quite evenly. I'm sure you'll do a better job. 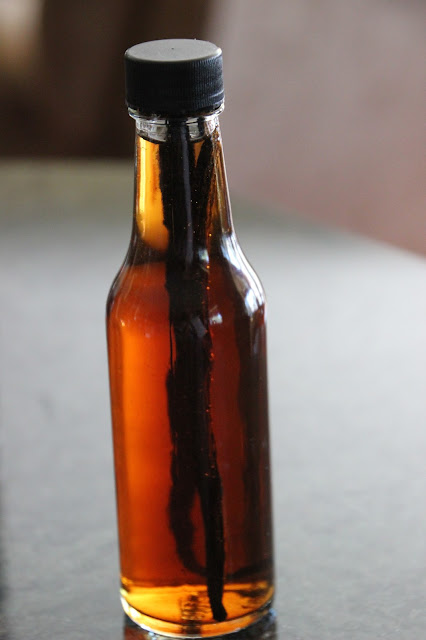 I plopped a couple of beans in each bottle, both for flavor and for presentation. 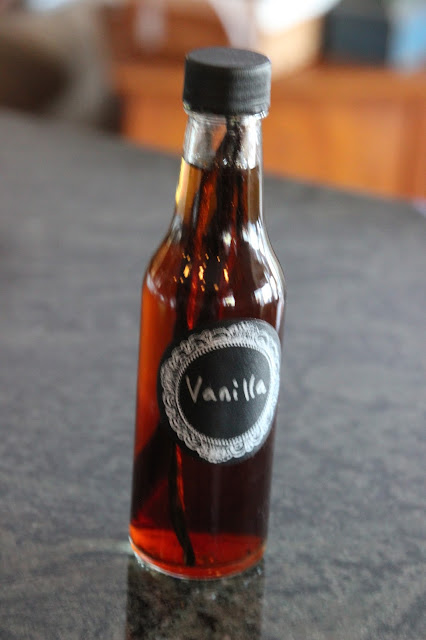 And I took a super-blurry picture of the finished project, which, probably had nothing to do with the giant swig of vodka that I took in order to make room for the beans in the new batch.

Anywaaaay...there you have it, homemade vodka vanilla extract. Tasty, cheaper than store-bought, and no artificial flavoring.
Posted by Chelle at 8:56 AM