This is becoming quite the series! What can I say? I am blessed with a plethora of amazing women in my life. Today's amazing woman is Jana, Jana Bo Bana (it's an illness).

Jana and I have an unlikely friendship, to be sure; she is ten years younger than me, super-sweet, always positive, and nice to a fault. In fact, I'm pretty sure that she would rather her tongue burn out of her head than say a bad word about someone, and, trust me, I've been trying to break her of that for years.

How many years? Sixteen, or thereabouts. We first met through her ex-husband, who was a new friend of Hugh's. We had just moved to town and the kids were small. Jana was pregnant with Darren at the time and we hit it off. We started doing things together with the kids and soon found ourselves sharing confidences and a mutual love of wine (although, I drank the real stuff while Jana dabbled in Zinfandel. That changed for good once I introduced her to a glass of good merlot alongside a freshly baked chocolate chip cookie; she has not lifted a glass of the Zin since. And, I digress).

When Jana and her husband split, Jana got us in the divorce (she's so lucky!) and we included her and the kids in family outings and events for a while before she met and married Chris; we were the baggage she took into her new marriage but, Chris has never complained.

Jana and I can say that we have raised our kids together, we have taken them to pumpkin patches, Disney on Ice, plays at the community theater, dance recitals, sporting events, the local Corn Festival, swimming pools, lakes, forests, and everything in between, and, we always had a blast doing it.

Jana has an infectious laugh and just about the biggest heart in the world. She is also the best Rice Krispie Treat maker in the free world and The Teenager would be lost without her mad skilz (so would I; I can't make a Rice Krispie Treat to save my life. True story).

She is a phenomenal friend and I am damn lucky to have her. 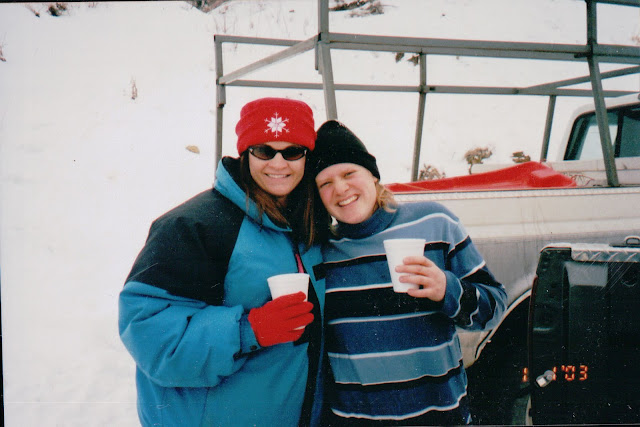 Winter with Jana and Co. is always a blast and that's saying a lot, considering the fact that I hate winter. But, our annual New Years Day sledding trip would just not be the same without Jana. 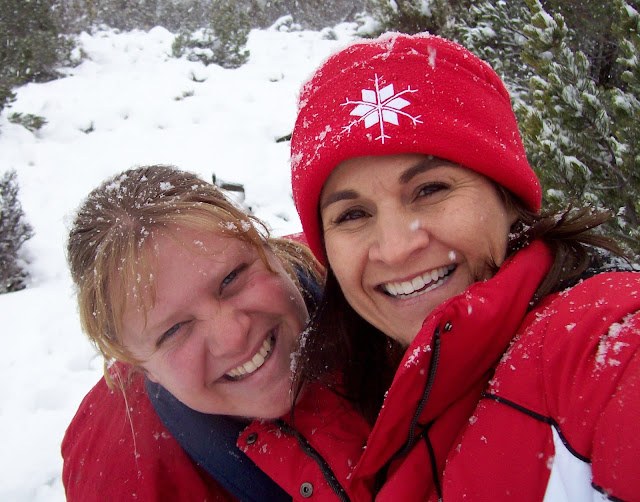 I mean, who would help me drink all the peppermint schnapps? The kids aren't allowed to put it in their cocoa. 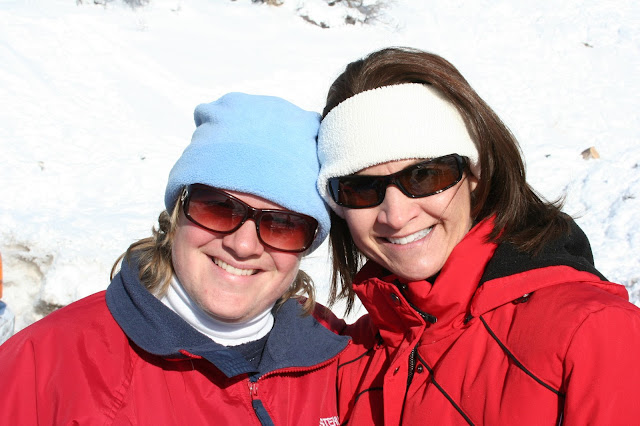 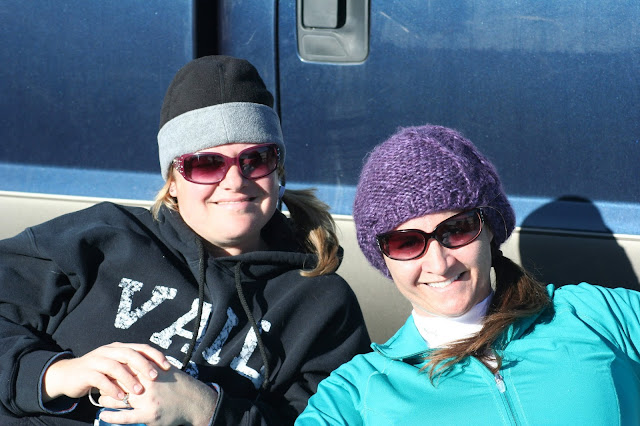 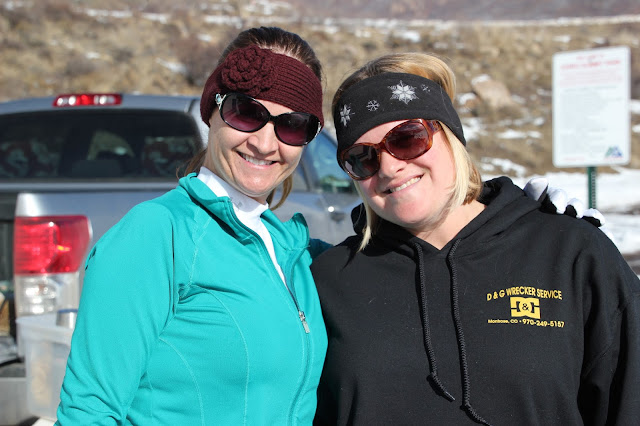 Jana is also a great sport when it comes to my crazy insistence on wearing funky glasses on New Years Eve. She and the crew have joined us in ringing in the new year more often than they have missed and we have almost always remembered the glasses. Almost. 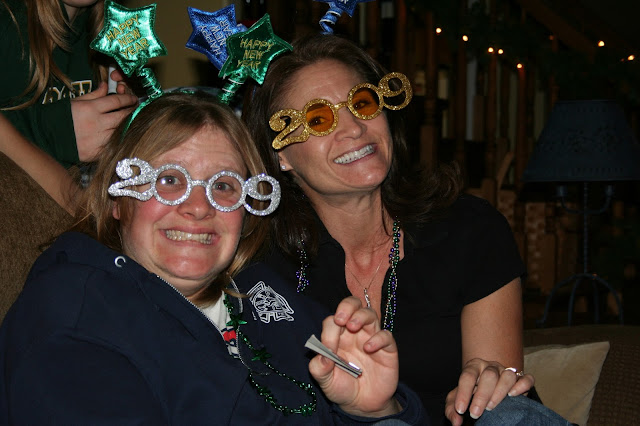 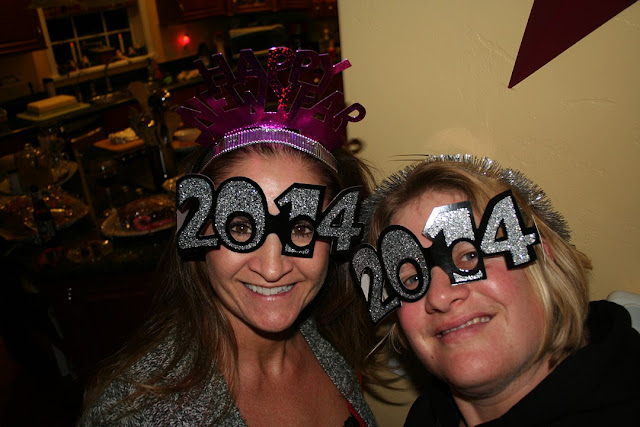 Sometimes, I make her wear goofy headgear, instead. Depends on my mood. 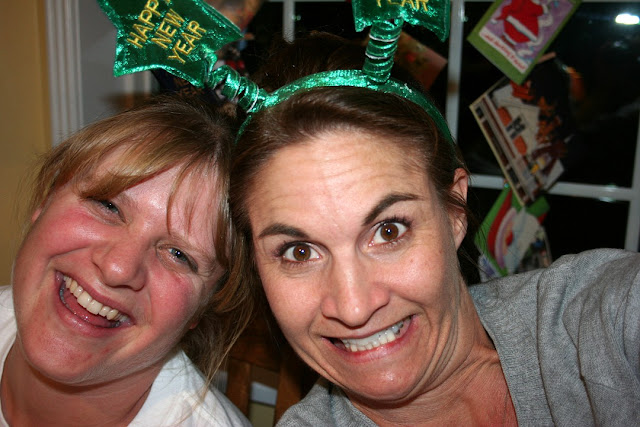 Jna is also a lot of fun to have around in the summer. She has always been my go-to partner for nature walks, raspberry picking, roasting marshmallows over campfires, making s'mores, catching bugs in jars, stargazing, staying up all night to watch meteor showers, suntanning at the lake, and, of course, Porch Night. It isn't hard to see why my kids also love Jana; she put a lot of the fun in our summertimes over the years. 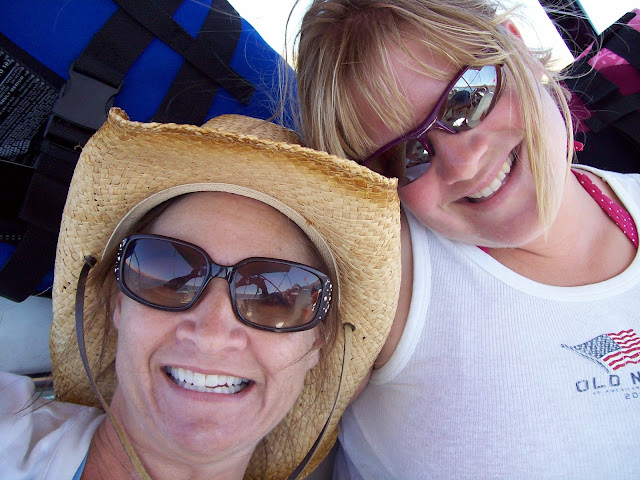 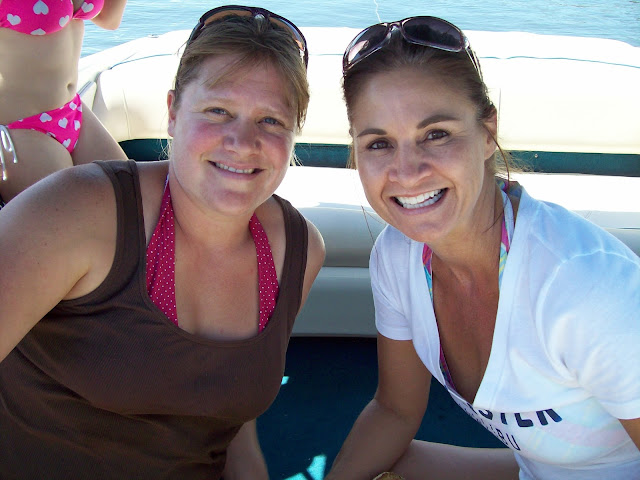 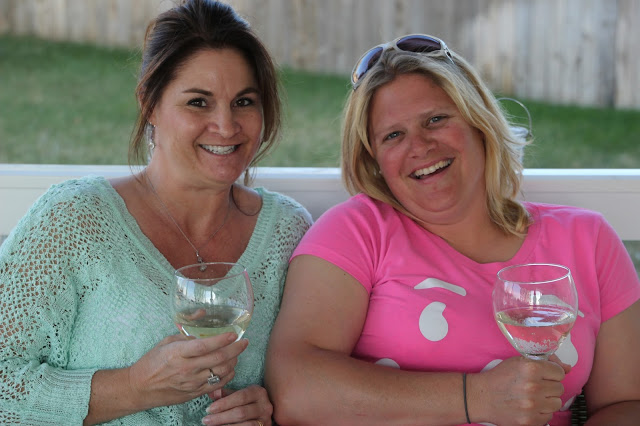 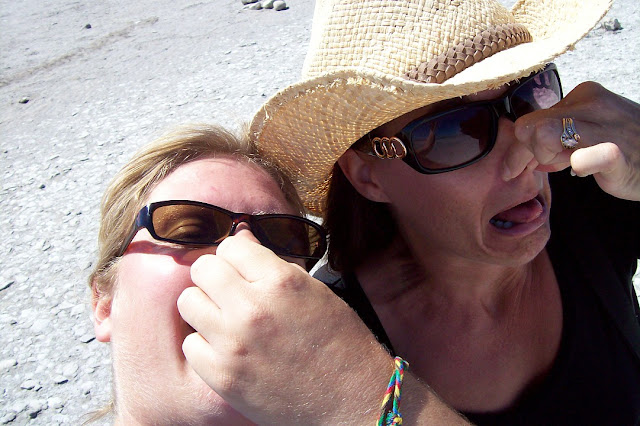 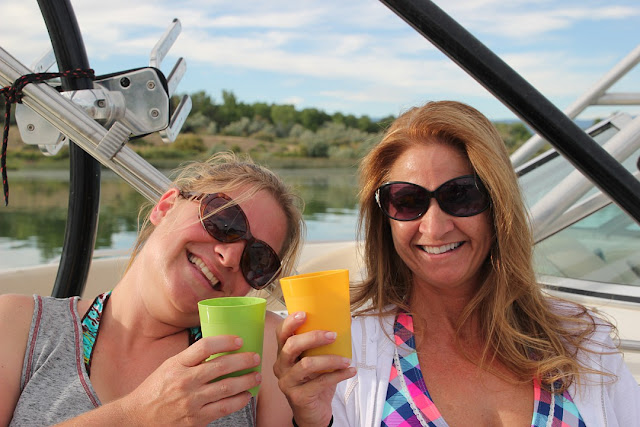 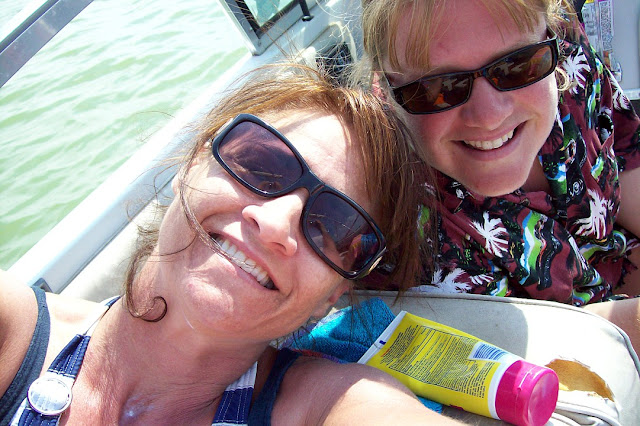 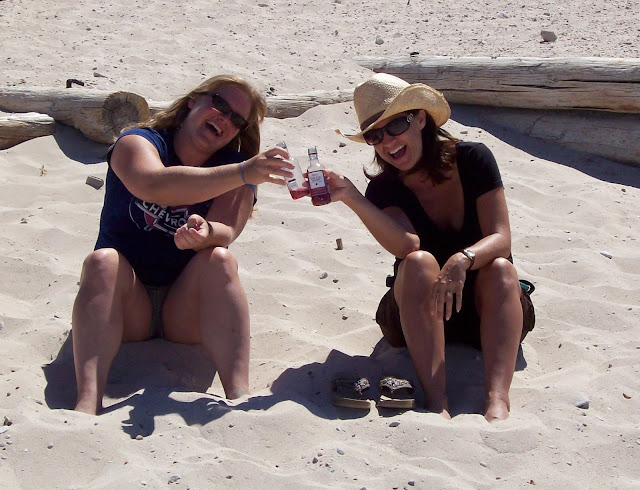 We are headed to Lake Powell in a couple of weeks and I am so excited about spending the Independence Day holiday with this woman. And, I'm not just saying that because I know that she will gladly don the Lady Liberty sunglasses and star spangled, rhinestone-covered cowboy hat that I got her to wear.

But, she totally will.
Posted by Chelle at 5:11 PM